It’s the time of year when bloggers begin to compile boring “Best of” or “Awards” lists in order to boost hits and brag about where they’ve been.

Last year, I published my “North West 50 Best” but have eaten out much less in 2014 to keep the list as ‘credible’. Instead of an update, what follows are a series of shorter lists under different categories.

As always, complied on my whims with no clever scientific formulas or mathematical equations my lists are totally subjective, and, in places, clearly biased towards “chef friends” I have on Twitter.

Please feel free to share your own opinions in the comments section.

Best Manchester Restaurants
1. The French by Simon Rogan – although the star may still be eluding them, Simon Rogan and his team headed by local boy Chef Adam Reid have given Manchester a restaurant that can compete on the world stage. #SortItOutMichelin 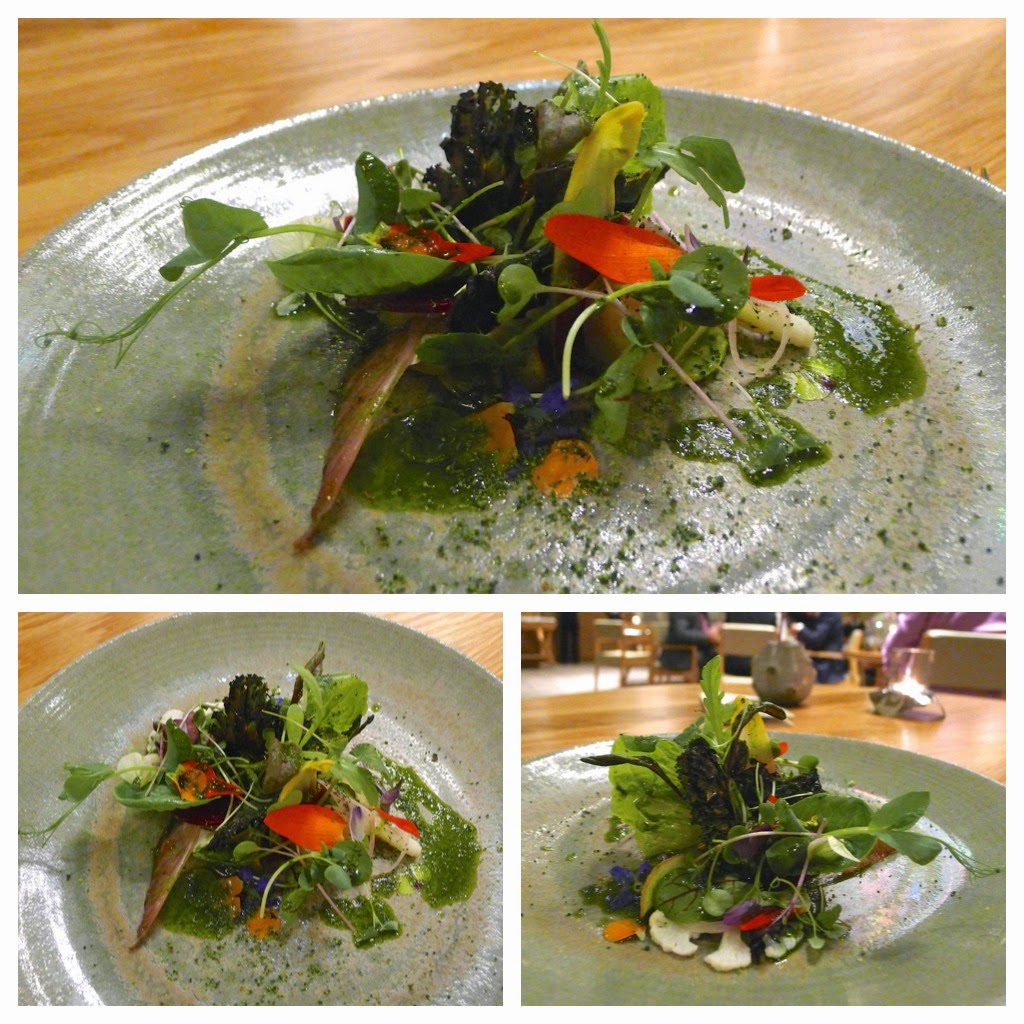 2. Manchester House – with creative food from Chef Aiden Byrne, I view Manchester House  as the only jewel in the otherwise costume jewellry chain of Living Ventures. #McrHouse
3. Mr Cooper’s House & Garden  – Rogan’s and The Midland Hotel’s second restaurant offers something completely different from the splendour of The French but it’s still fantastic. Great cocktail bar too. #HanginWithMrCooper 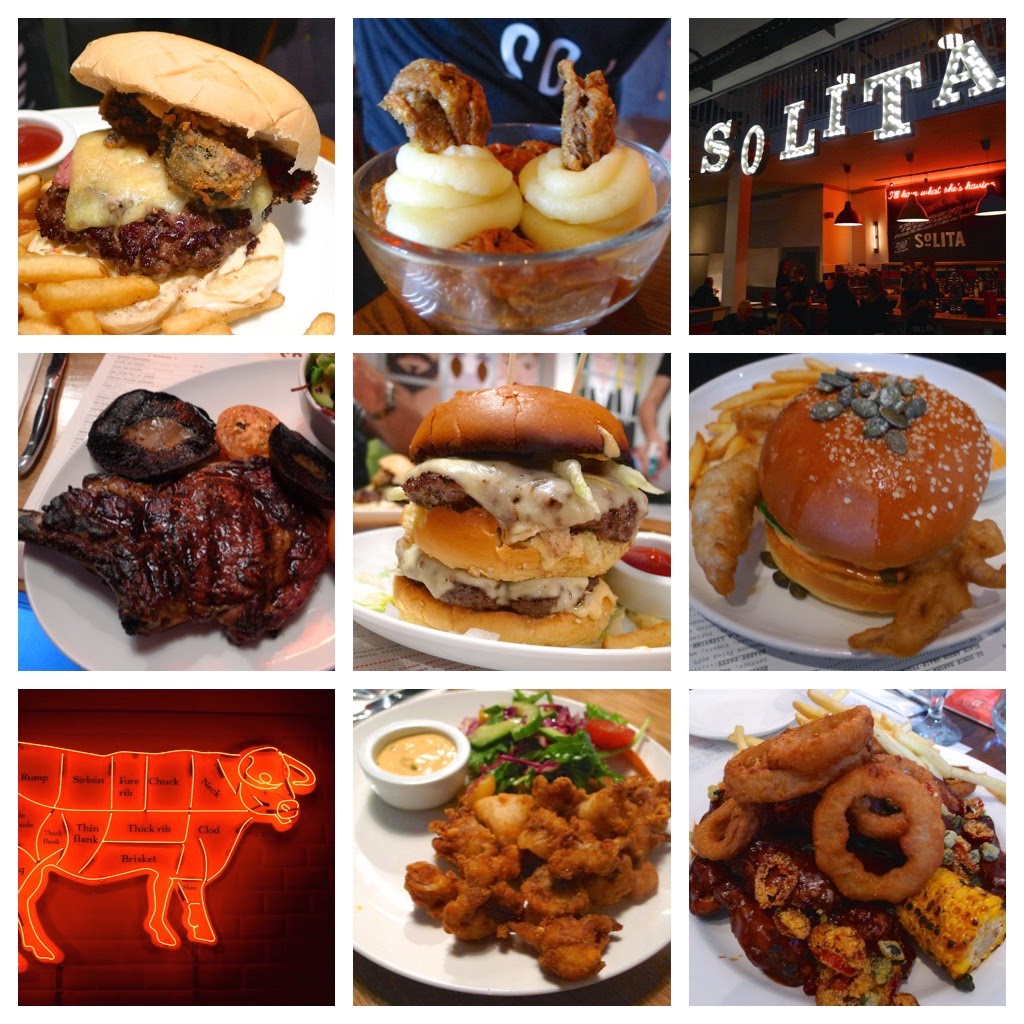 2. Volta, West Didsbury  – I love this place: great tapas style dishes, value for money steaks and always a top vibe. As they say in Manc… #Buzzin
3. Beef & Pudding, City Centre  – not every dish has always been a winner, but I do love their roasts and puddings. Great pub grub! #AuntBessieDontVisit
4. Levanter, Ramsbottom  – a tapas restaurant with a top atmosphere. #SpanishVibesInANorthernTown
5. Rosylee, City Centre NQ (post to follow) – a recent meal that I’ve yet to blog hinted that Manchester stalwart Chef Rob Owen Brown has helped this charming venue finally live up to initial expectations. I’m sure to eat there more in 2015. #CrispySquirrelAndVimtoTrifle

Best Manchester ‘World Foods’
1. Yuzu, Chinatown – a no frills Japanese place with a wooden benches and a simple menu. Hands down my favourite place to eat in Manchester. (Don’t let The French or Siam Smiles know that because they are pretty close too!) ლ(́◉◞౪◟◉‵ლ) 2. Siam Smiles, Chinatown – uncompromisingly authentic Thai food served in a charmingly low key setting of a Thai supermarket. Relive that gap year without having to stay in grotty hostels. #KhopKhunKa
3. Mughli, Rusholme  – Manchester’s famous curry mile’s most famous curry by a mile. #VeeSpikInglish
4. Yang Sing (Dim Sum menu), Chinatown – for me, Chinese food in Manchester is way behind London but the dim sum menu at Yang Sing is just about good enough to tide me over between visits to the capital. #DimSumSundays
5. “Jerk Chicken”, various – not a restaurant… but we’ve got some good jerk in this city and I’ve eaten a lot of it this year.  #JerkChickenRun

Best Coffee Shop / Tearoom / Café
1. Proper Tea, City Centre  – when my wife goes shopping, I go and chill in Proper Tea where I can enjoy views of the Cathedral, have a slice of cake and try some good quality teas.  #ProperTea 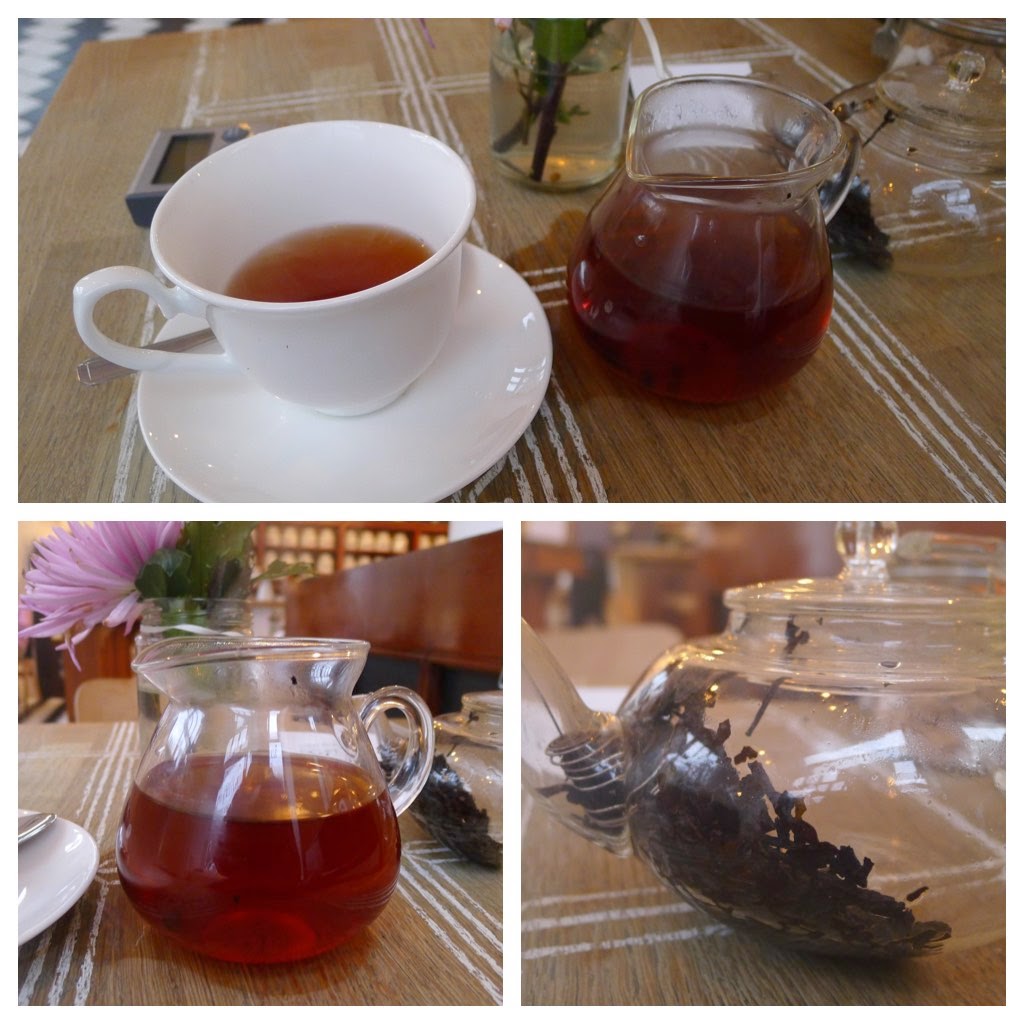 2. Coffee Fix, Gatley – the perfect local café with top notch coffee. #CoffeFix
3. Trove, Levenshulme  – not the best coffee in the city but I love the whole set up and ethos… they sell their own bread too. #LoveLevy
4. Koffee Pot, City Centre NQ  – (relocating soon) if I want a fancy tea, I go to Proper Tea; for hearty brekkie and tea in a mug, I go Koffee Pot. #KoffeePot
5. Pot Kettle Black, City Centre  – I’ve not eaten here yet but it’s got good coffee and is in my favourite building in Manchester, Barton Arcade. #PotKettleBlack

Best North West Restaurants
1. L’Enclume, Cartmel  – if this isn’t the next 3-star restaurant in the UK, I’ll continue to eat there until it is… that should show Michelin! #StickItToTheMan 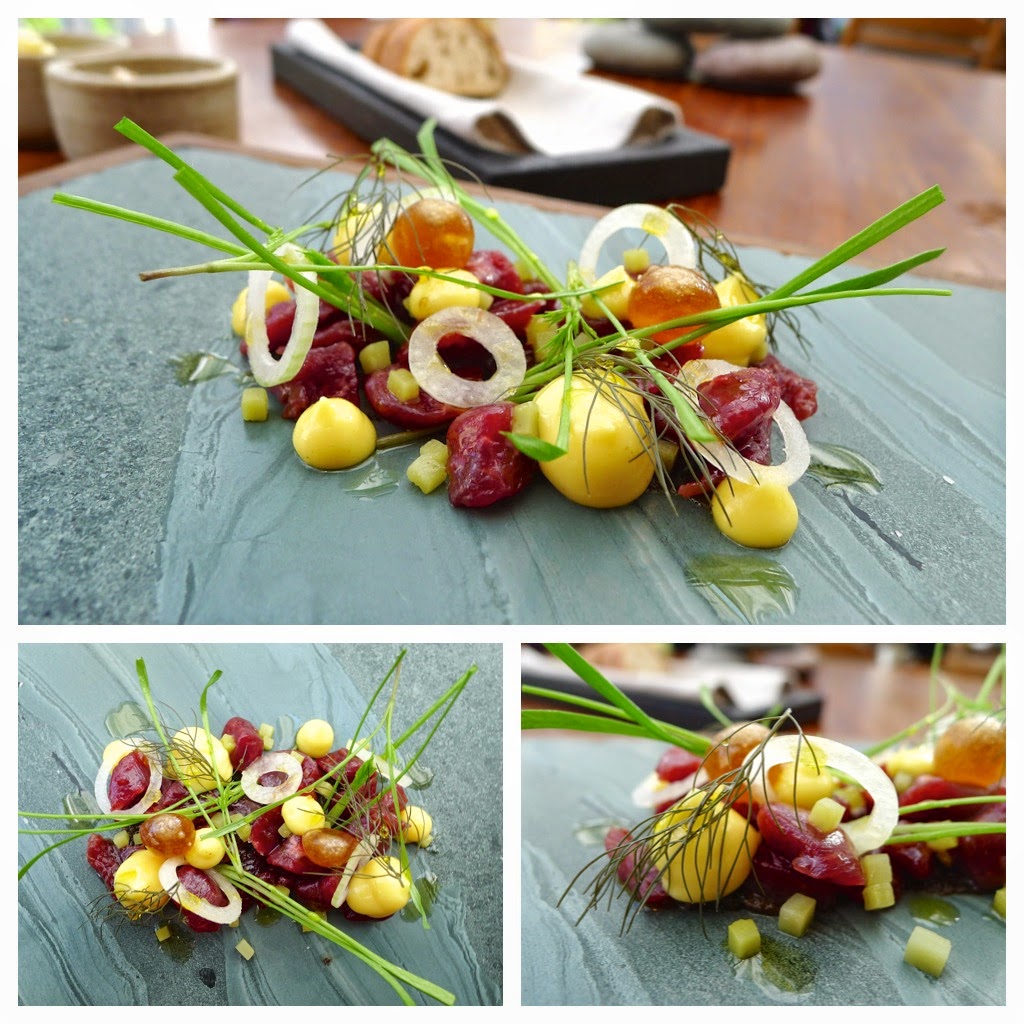 2. Fraiche, Oxton – my wife and I used to eat here every couple of months; getting a table recently has become nigh on impossible… that alone is testament to Mac Wilkinson’s creative Michelin starred cuisine. #OneManBand
3. Northcote, Langho – a Michelin starred place with a great valued set lunch. #MakingPlansForNigel
4. Nutters, Rochdale  – a classy place that does what it does well. One of my wife’s faves. #NutsAboutFood
5. Albina, Crosby – an interesting menu serving modern interpretations of ‘Old British’ recipes. #JamRolyPoly 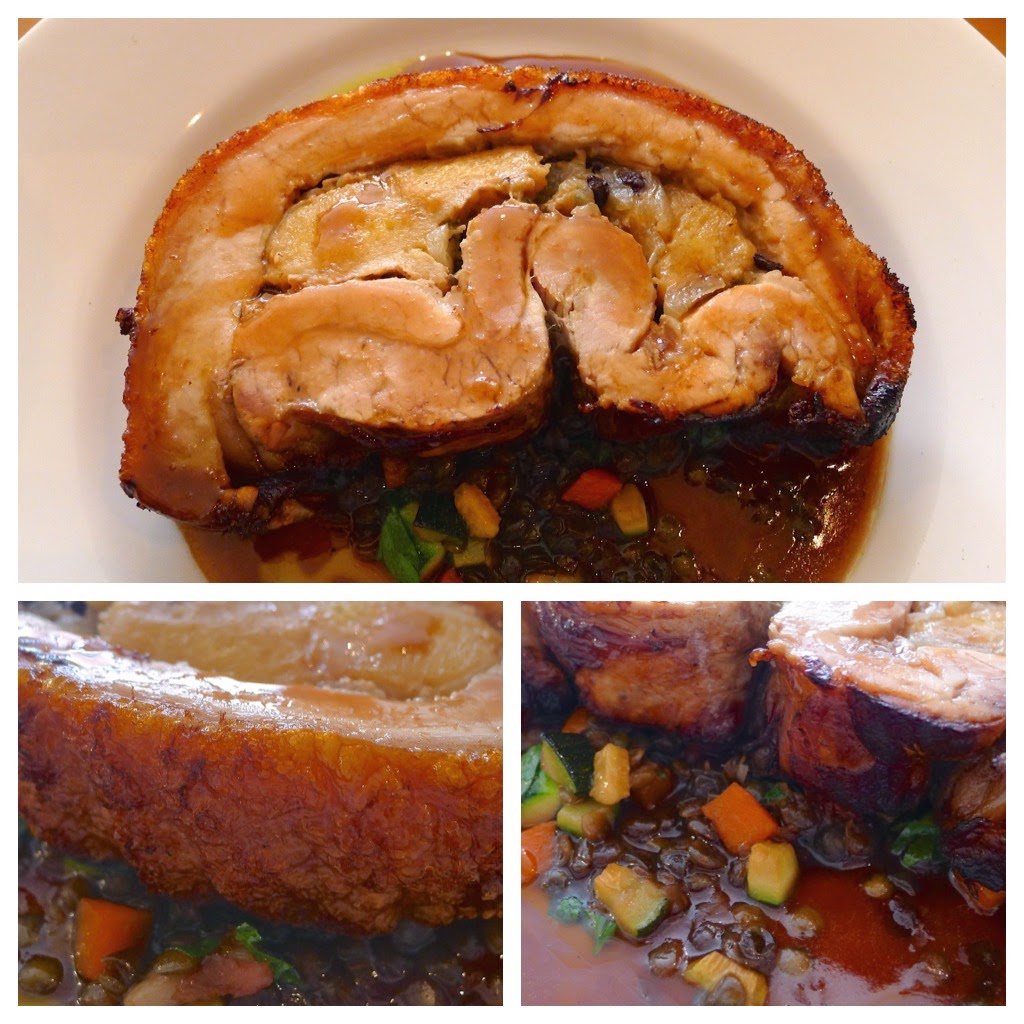 2. Parkers Arms, Newton-in-Bowland  – a food focussed pub from one of the most passionate chefs in the game and feeder par excellence, Chef Stosie Madi. #TweetTreats
3. The Chef’s Table, Chester – a relative new kid on the block building up a solid local and, recently, national reputation.  #ChefsTable
4. The Yew Tree, Bunbury  – a charming gastropub in the Cheshire countryside. #WeLoveYew
5. Pig & Whistle, Cartmel  – Simon Rogan may own this place (his local) but has managed to keep it as a no nonsense local pub with simple fayre. #CartmelPiggy

Best Michelin Starred Restaurants
1. Fera at Claridges, London – a partnership between one of the UK’s best chefs and one of the UK’s finest hotels putting the best of British on the world stage where it belongs. #WildAboutFera 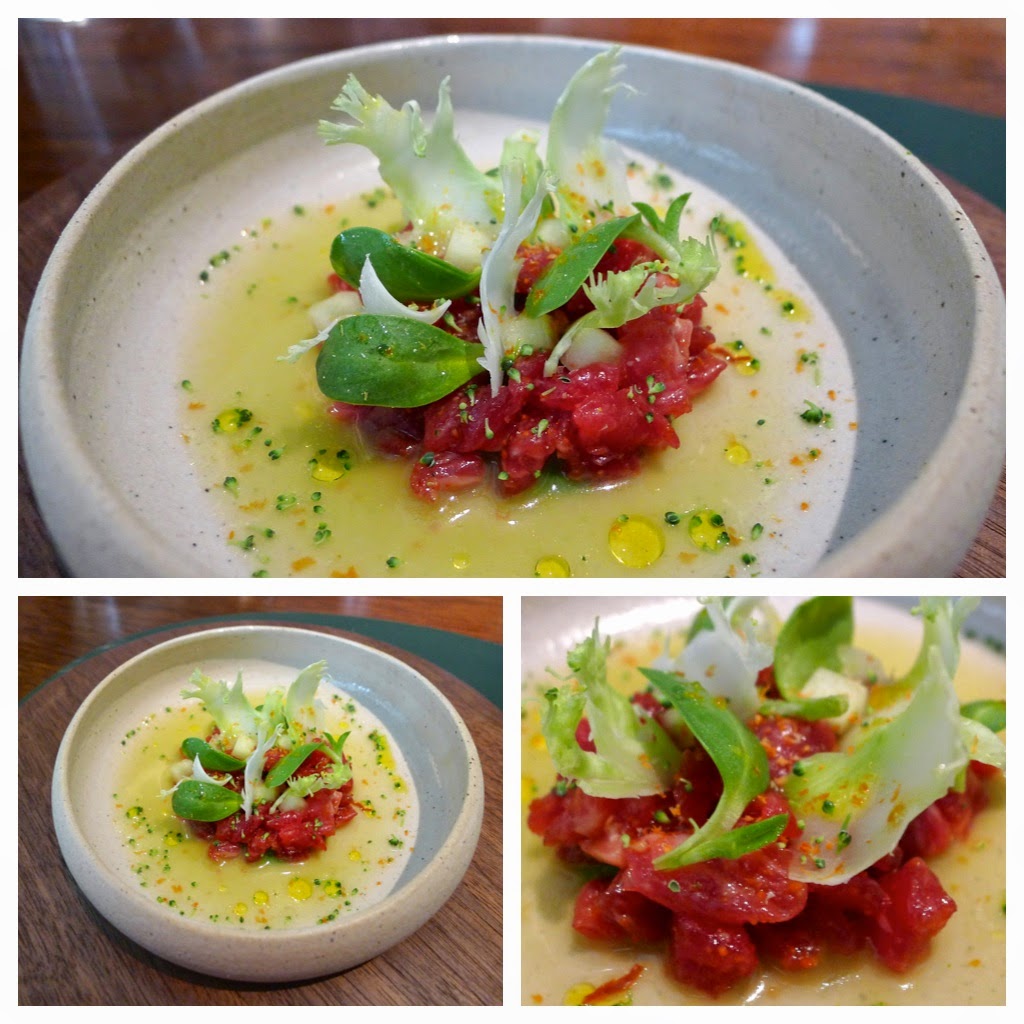 2. St JOHN, London – if you think you don’t like tripe, bone marrow, liver and other offal go here and be proved wrong. #Nose2Tail
3. Restaurant Sat Bains, Nottingham  – clever food from Sat Bains at his 2 Michelin starred restaurant. #TooManyChiefsOnlyOneIndian
4. The Pass at South Lodge Hotel, Horsham – although not totally sold on the concept, I found the food top notch #PassOut
5. Hakkasan, Hanway Place – along with HKK, Yauatcha and A.Wong this is the kind of Chinese food I love #Hakkasan 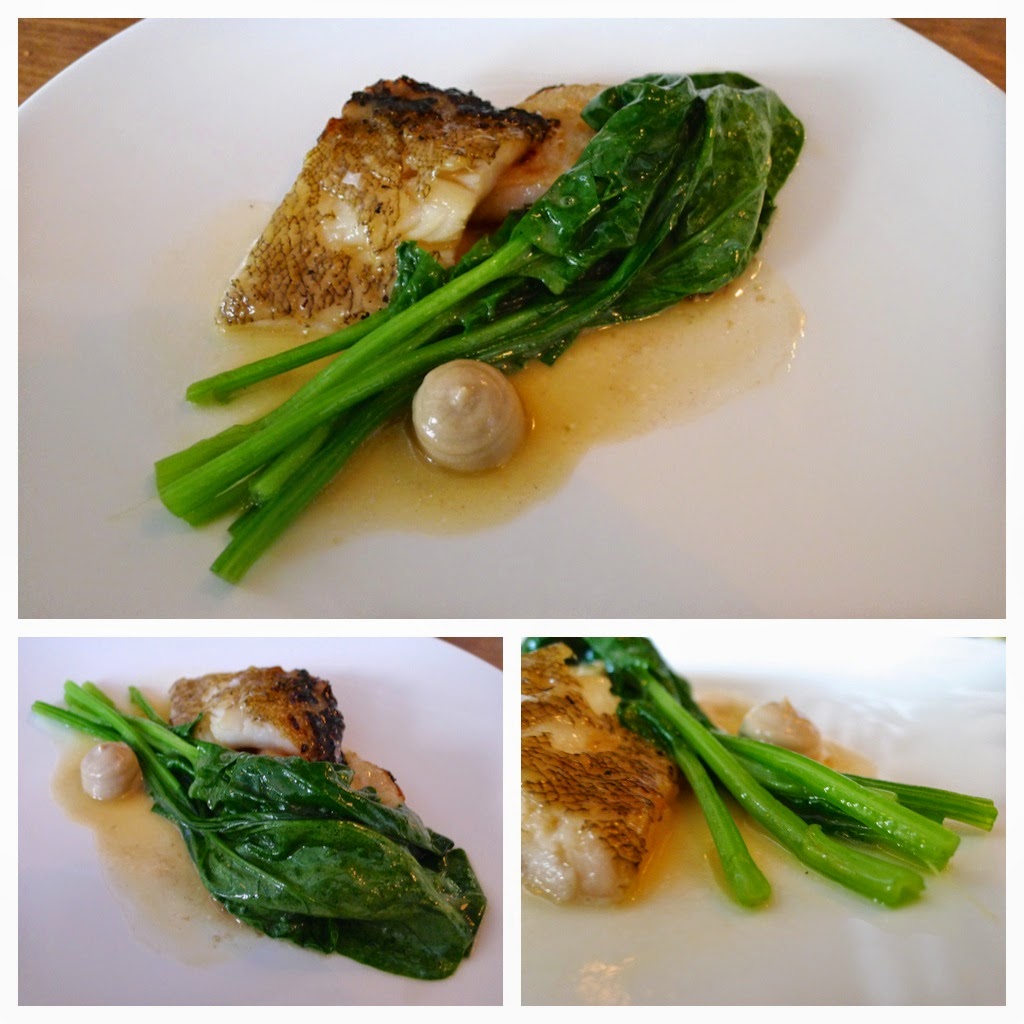 2. The Typing Room, London Bethnal Green – fab food from Chef Lee Westcott in another of Jason Atherton’s impressive restaurants. #TypingRoom
3. House of Tides, Newcastle – Kenny Atkinson’s fab new restaurant in a gorgeous building overlooking the Tyne. #WeyAyeMan
4. The Man Behind The Curtain, Leeds – yep, that says “Leeds”! Artful food from a creative chef… #GlamRockDining
5. Kanada Ya, London (post to follow) – I love ramen and Kanada-Ya serve some of the best in the city… check the queues to believe. #Ramen

Rest of my Travels:
A trip to New York earlier in year during a break from blogging leaves just a trip to Singapore and Ho Chi Minh to choose from… fortunately they are two of the best cities in the world for food:

1. Shinji by Kanesaka, Singapore – one of my favourite places to eat ever… practically perfect in every way! #Raffles 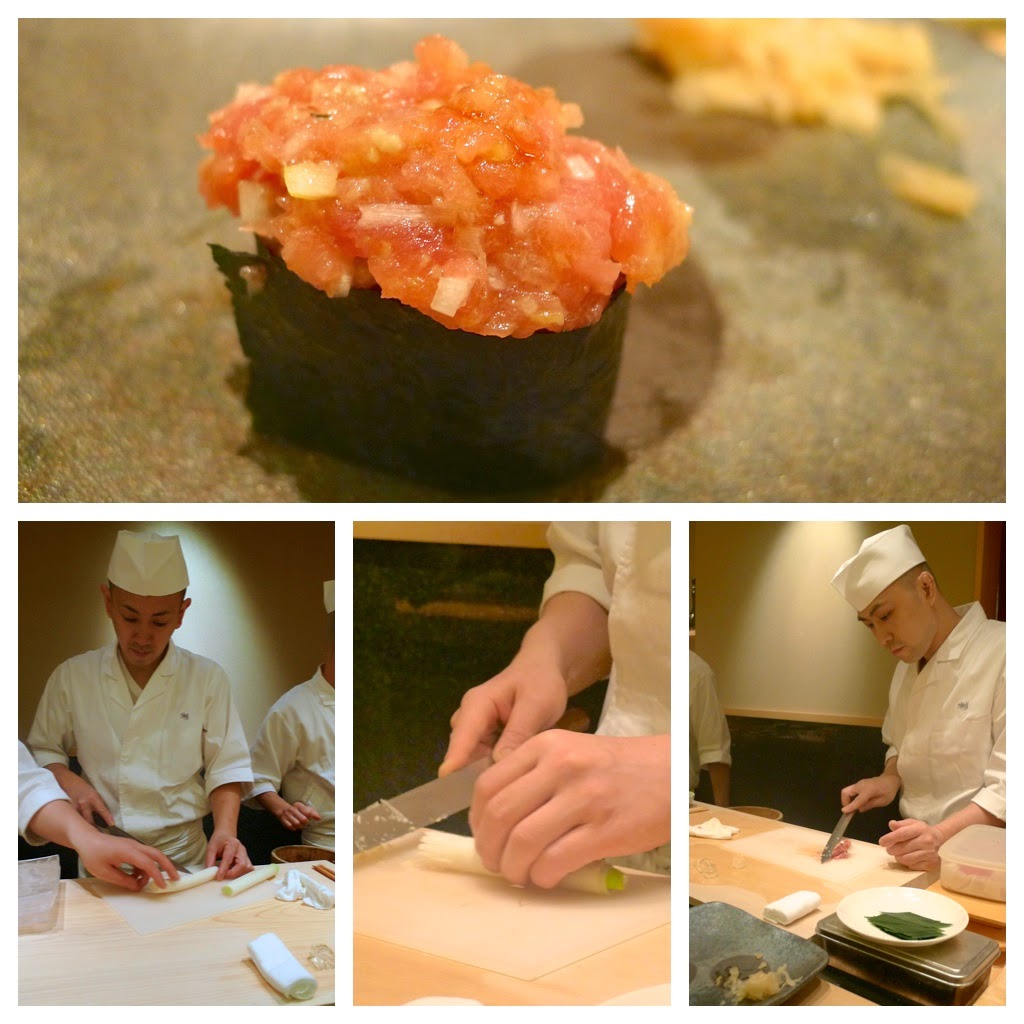 2. Esquina, Singapore – whenever we visit Singapore, Esquina is at the top of our dining list. One of Jason Atherton’s places, chef Andy Walsh is the machine driving the kitchen that bangs out dish after dish of creative tapas. #EsquinaSG
3. Burnt Ends, Singapore – after the successes of his London popup, Aussie chef Dave Pynt found a home for his beastly wood fired ovens and monstrously good food. #BurntEndsSG
4. The Tippling Club, Singapore – and amazing restaurant from one of the UK’s most underrated chefs, British born Ryan Clift (there is a rumour that a Tippling Club will open in London next year!) #TipplingClubSG