* Waku Ghin was awarded a Michelin Star in 2016

Waku Ghin, in Singapore, is the acclaimed restaurant by Japanese born, Australian Chef, Tetsuya Wakuda, who gained worldwide fame and recognition through his Sydney based Tetsuya’s. 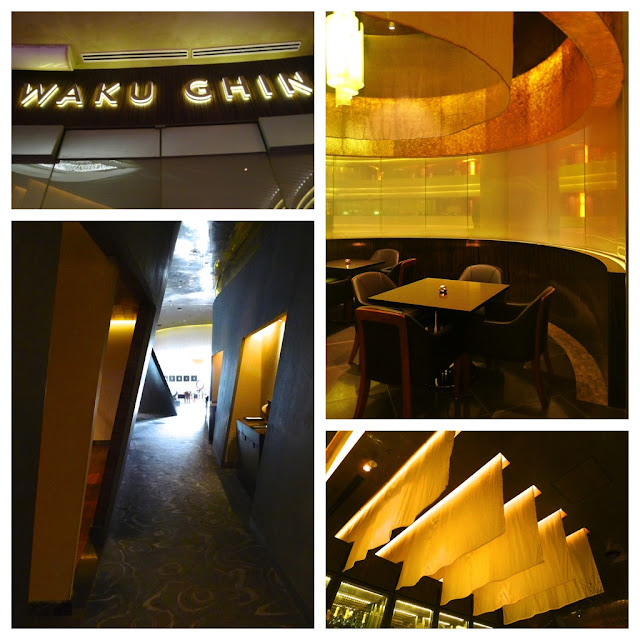 The restaurant’s website informs, ‘The name 'Waku Ghin' is derived from two Japanese words: ‘Waku’ means to 'arise' (like water pouring forth from a hot spring) and 'Ghin' means 'silver', which is Chef Tetsuya's favourite color found throughout this stunning restaurant.’ 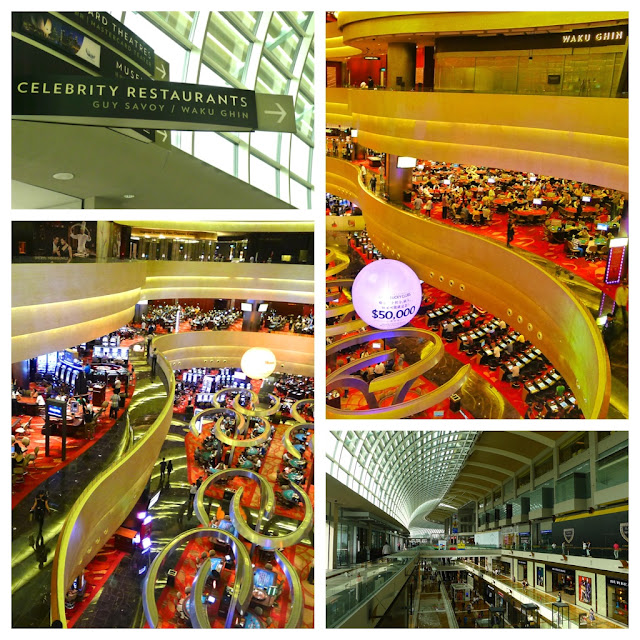 On the other hand, “Waku waku” is a Japanese onomatopoeic expression used to describe being ‘trill or excitement’ – it’s this meaning that had been unshakeable in my mind since booking my meal at Waku Ghin. 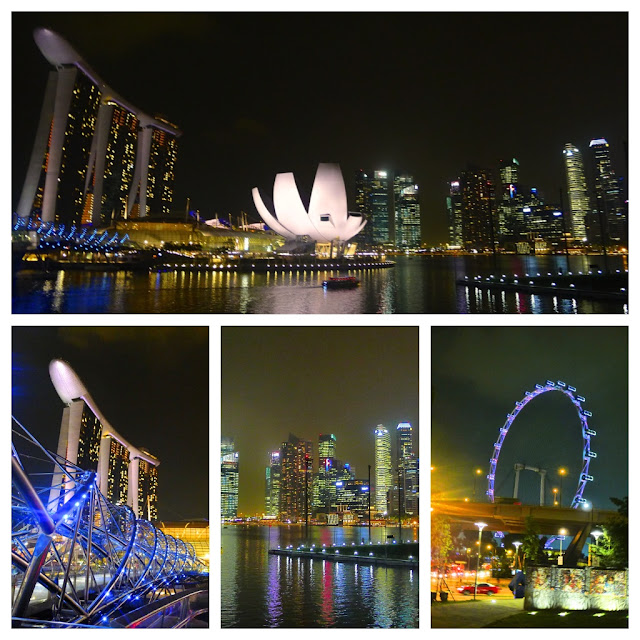 The tasting menu at Waku Ghin may have come with a hefty price tag of S$400++ (about £240) but as one of the best meals I have ever eaten, the value I received was incalculable in so many ways. As Warren Buffet famously said, “Price is what you pay. Value is what you get.”

To explain the ‘value’ of Waku Ghin in numbers: 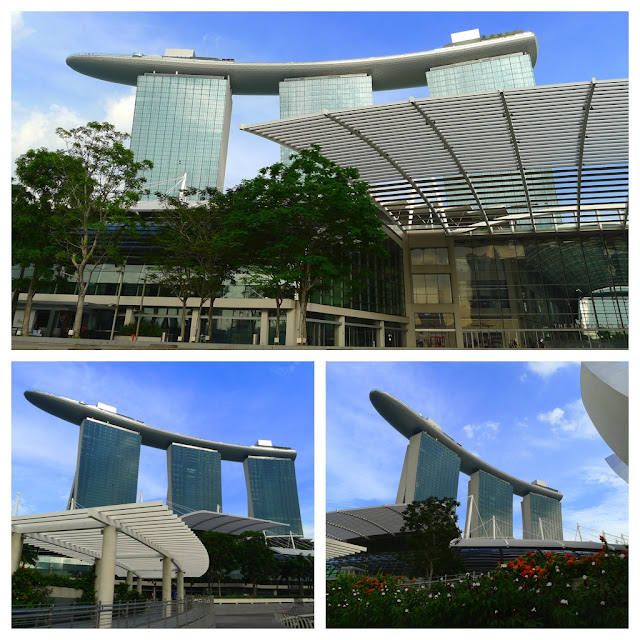 Overlooking the world's largest atrium casino with 500 tables and 1,600 slot machines in the S$8-billion Marina Bay Sands complex, the restaurant and bar is spread over 10,000 square feet of sleek, slick, Zen-like luxury.

Daily, at 6pm and 8:30pm, 2 sittings of around 20 lucky diners are served in one of several ‘private’ dining spaces, each equipped with its own ‘teppan’ grill. 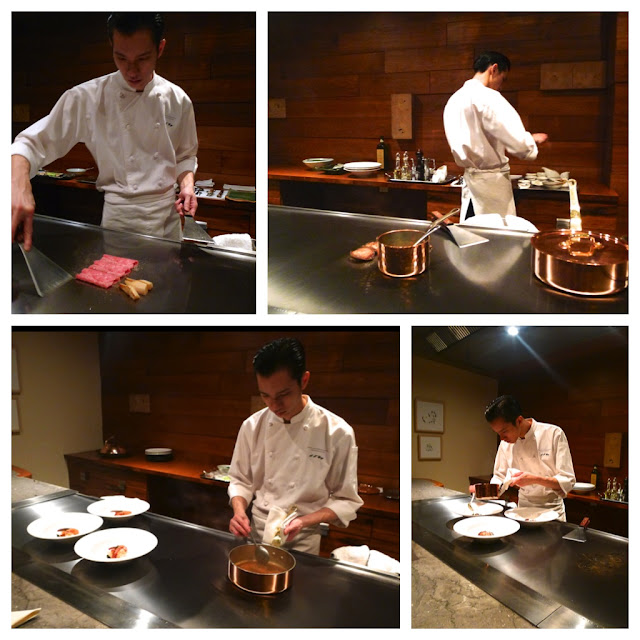 Once each group has been served the first 8 courses by their own ‘private chef’ (ours was, Chef Cory Soo Thoo), they are led to the ‘dessert room’ where they can enjoy the final 2 courses and an exclusive view of the Singapore skyline and Marina Bay. 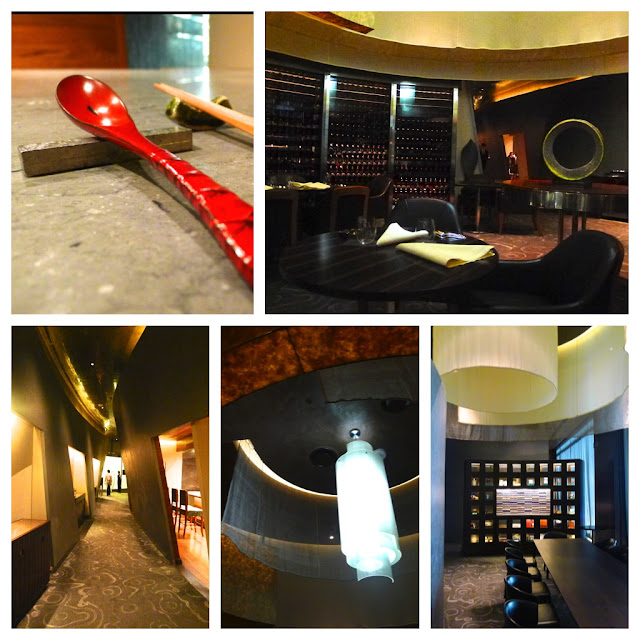 The presentation, food and service was faultless - Chef Tetsuya Wakuda and his team have created a menu of dishes honed to perfection that showcase some the world’s most exquisite and premium ingredients at their most indulgent best.

You can think I’m just being lazy if you like but I’m not going to do the dishes a disservice by attempting to describe them and prattle on about textures, seasoning, balance of flavours and alike. 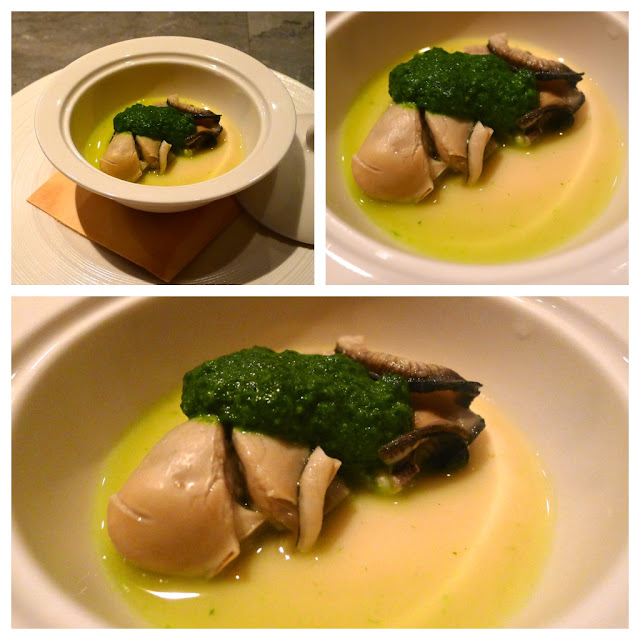 Flan of Oyster with Purée of Bacon & Spinach. 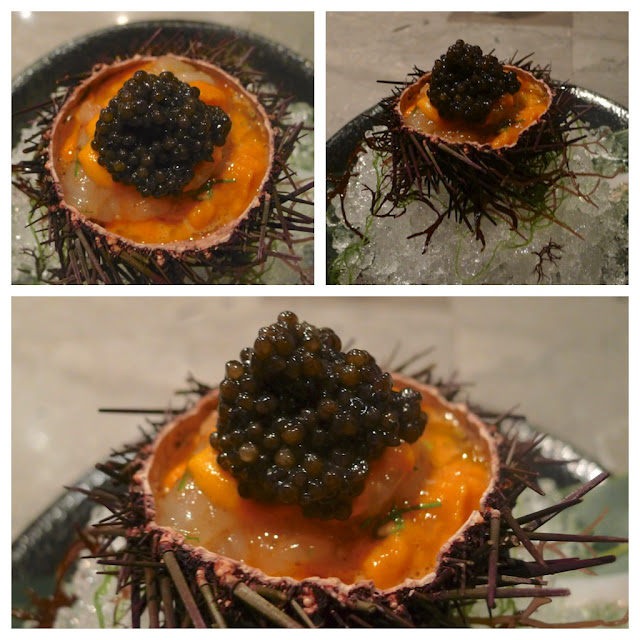 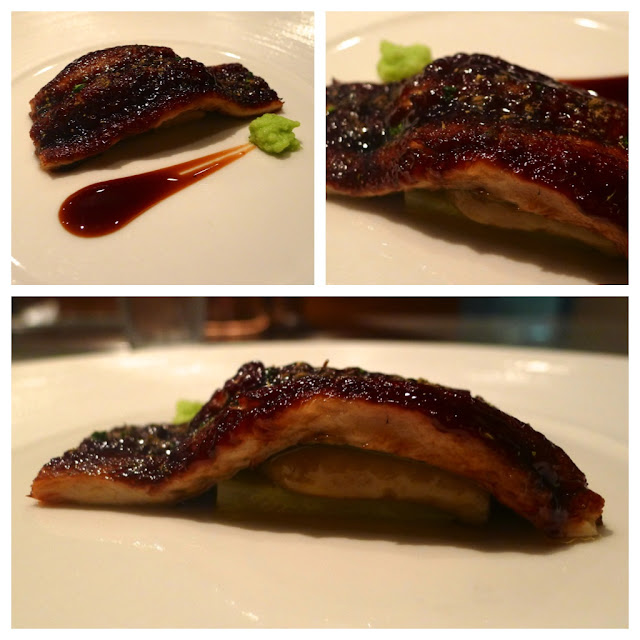 Grilled Anago with Foie Gras, Confit of Courgette & Sanshou.
(Sanshou / sansho or kona-zanshō refers to the seeds of Japanese Pricklyash.) 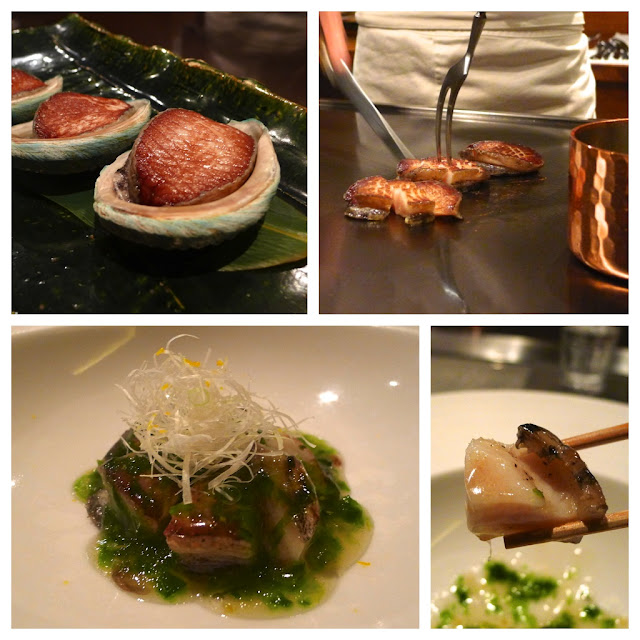 Abalone with Aonori.
(Each diner was treated to a whole abalone that had been alive moments before.
Aonori is a type of seaweed. ) 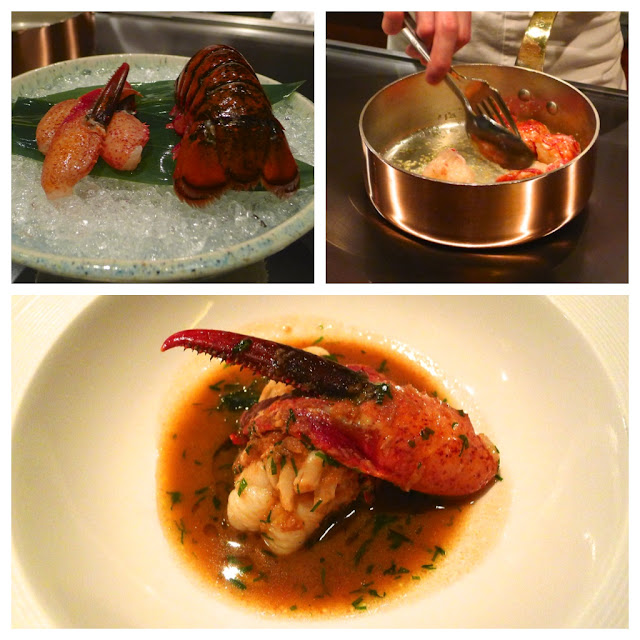 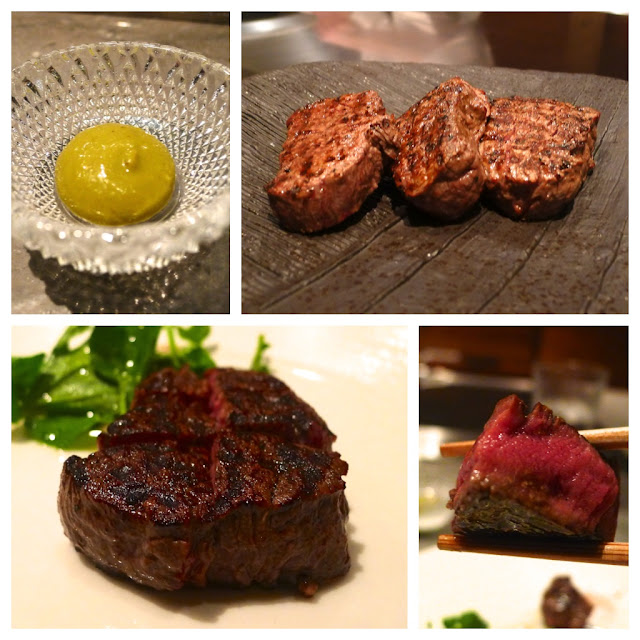 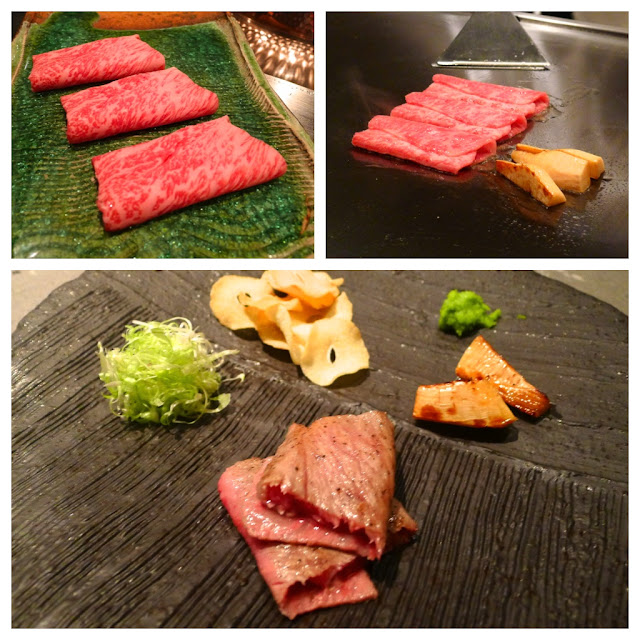 Japanese A5 Omi Wagyu from Shiga Prefecture with Wasabi & Citrus Soy. (Omi/Ohmi Wagyu is widely considered the best of the best.) 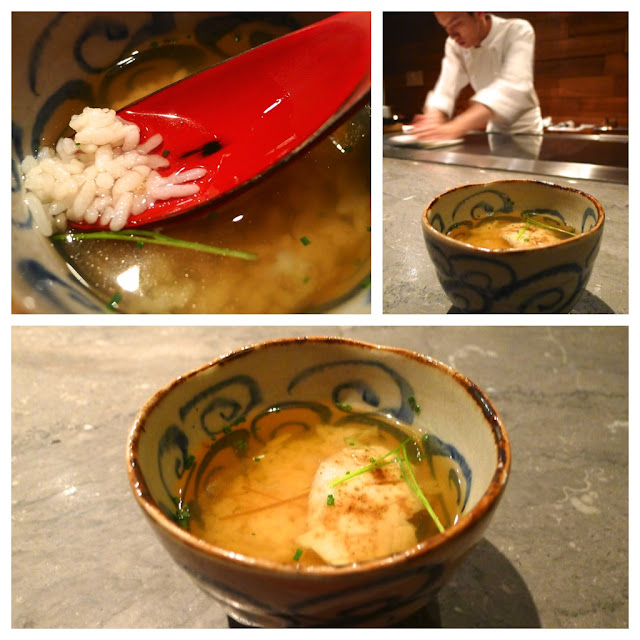 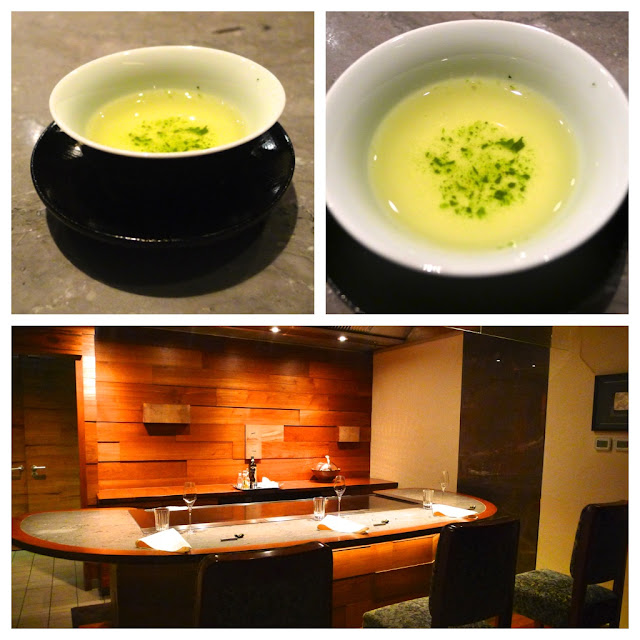 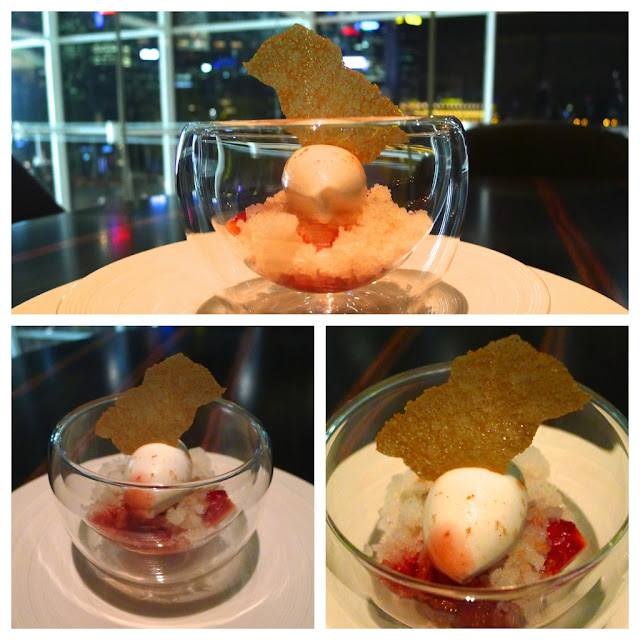 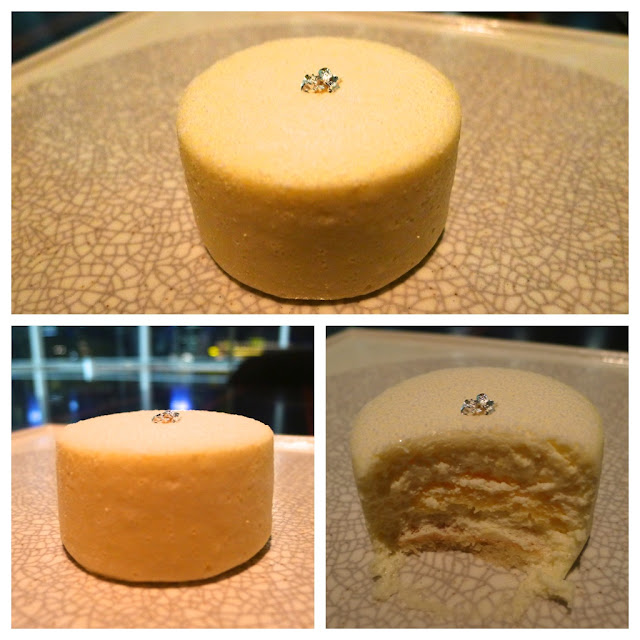 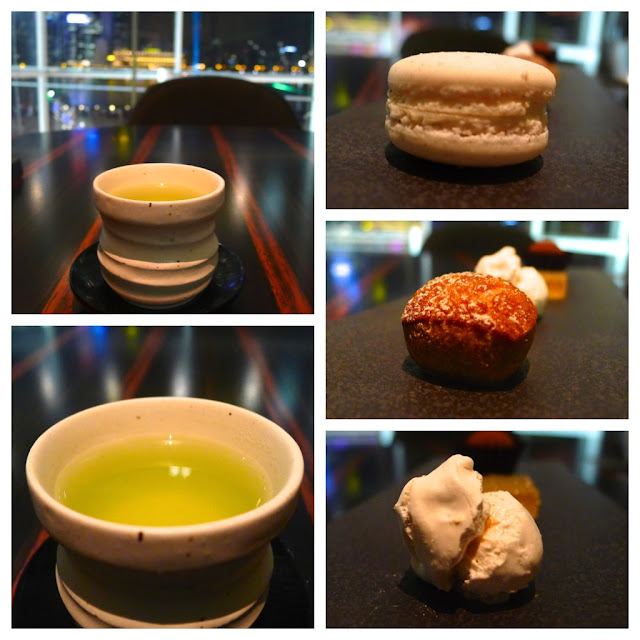 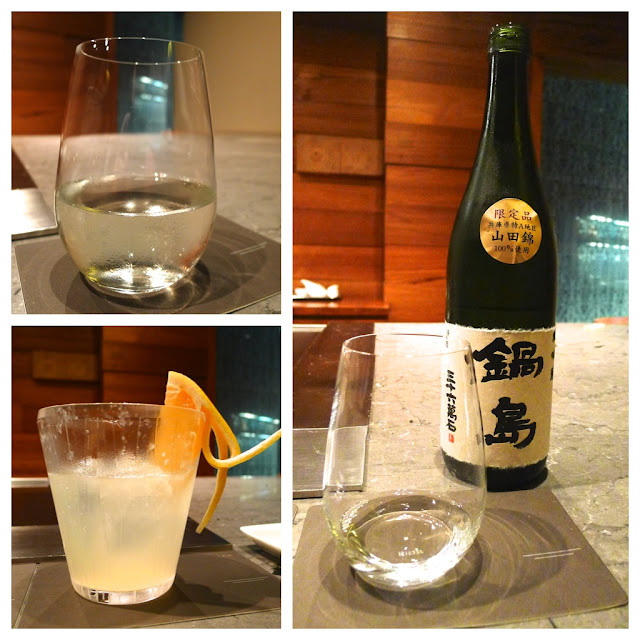 Chef Tetsuya became the first person to be appointed Sake Ambassador outside of Japan, his selection is reputed to be the best in the world. I selected a Nabeshima Daigingo by the Fukuchiyo Shuzo Co from the Saga Prefecture.