Albion, as I’m sure every blog post and review you’ll read about the latest project from Chef Steven Burgess will tell you, is the oldest name for the island of Great Britain. 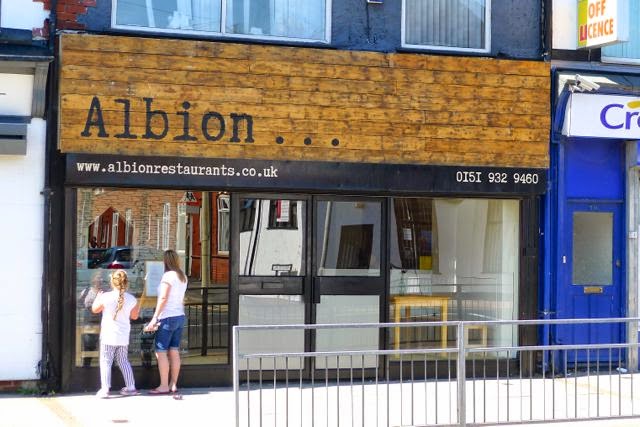 Based in a former retail unit in Crosby (near Liverpool), at first, Albion may not be exactly what you would have expected from the chef who made his name as the ‘food director’ of Camp & Furnace. 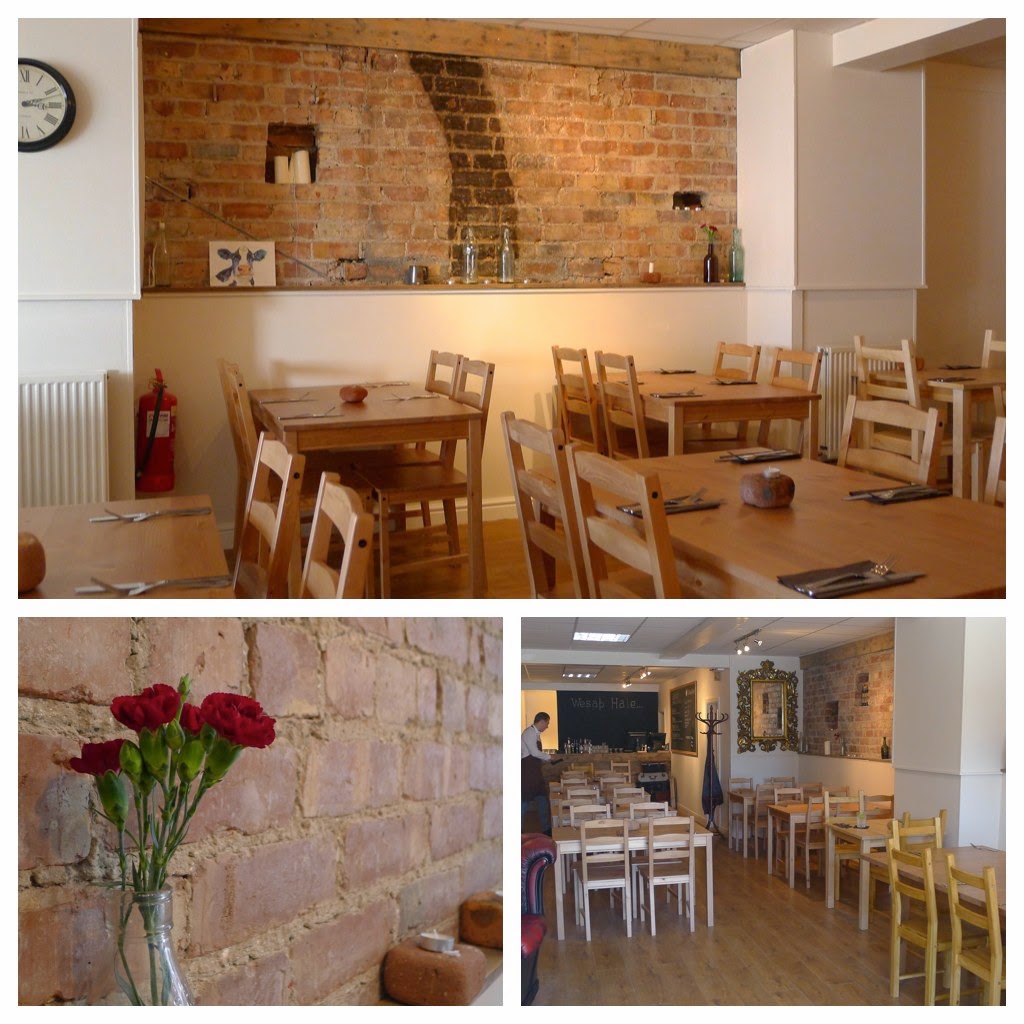 Whereas Camp & Furnace is very “now” and “on trend”, Albion cites itself as being an ‘old British’ restaurant – the menu descriptions include dates from original versions of the dishes; with much of the menu based on recipes from the 18th and 19th centuries. 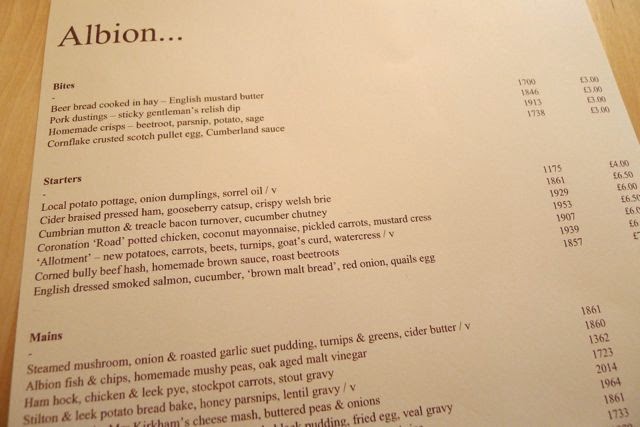 A lot of research and work has clearly gone into writing a refreshingly different, yet familiar, menu. 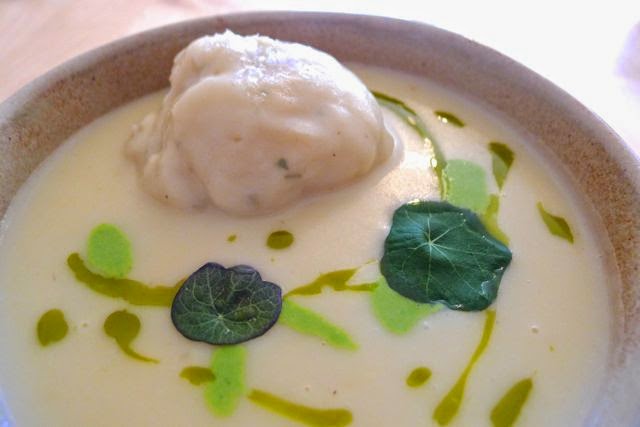 Deciding to embrace the ‘historical’ concept, I selected the oldest dish on offer, a ‘Local potato potage with onion dumplings and sorrel oil’, dating from 1175! It was perhaps not the best thing to choose on a warm summer’s day but the citrusy sorrel oil and cloudlike dumpling made the dish lighter than it could have been. 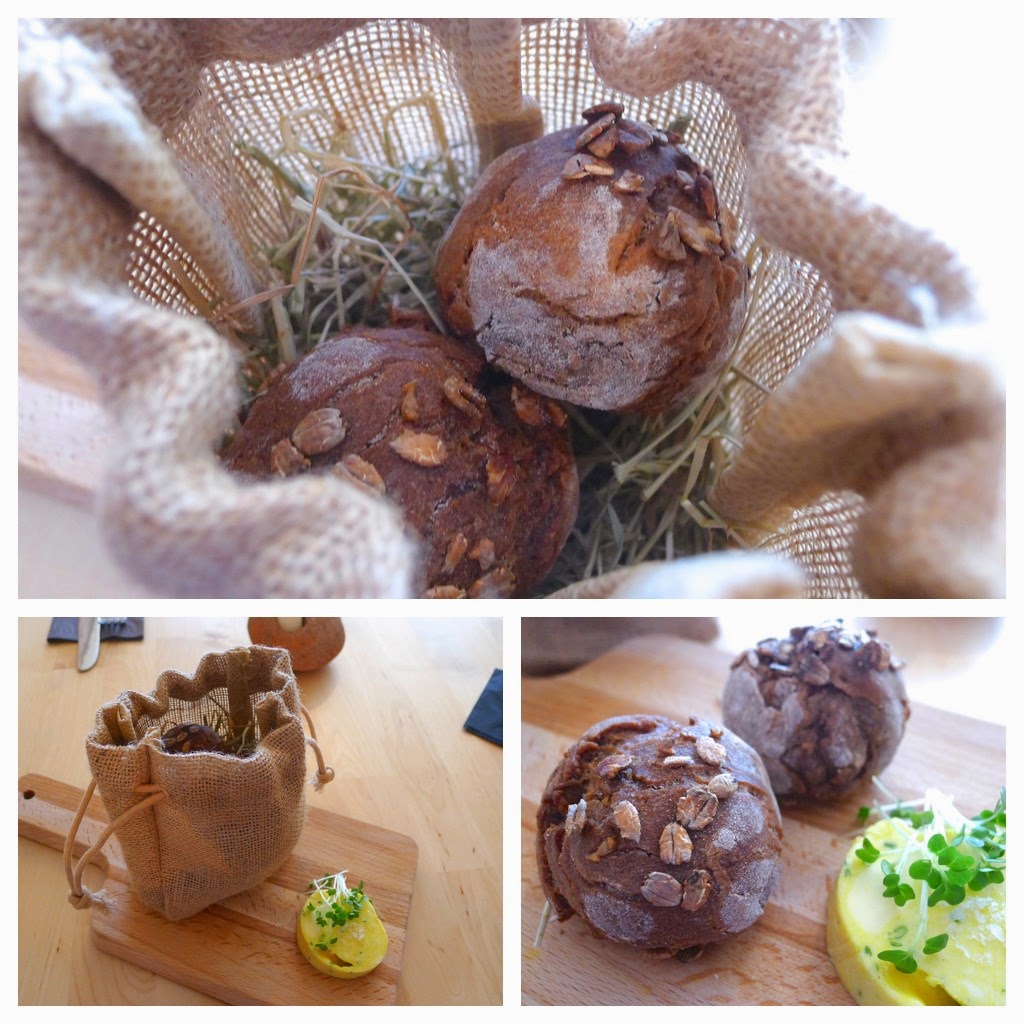 Prior to the soup I had some dinky ‘Beer bread cooked in hay with English mustard butter (1700)’ - I loved the presentation and the butter but found the glaze on the bread a little too sweet for my taste. 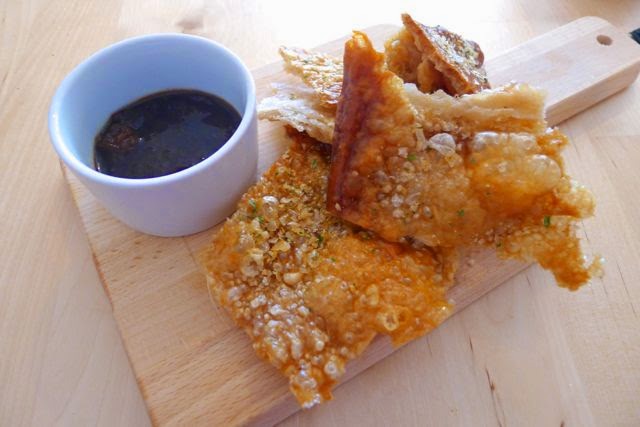 My other appetiser of ‘Pork dustings with sticky Gentleman’s relish dip (1846)’ was a joy. I’d talk about the smack of of ‘umami’ from the relish if it didn’t make me sound like a “proper divvy” (as they say in those parts). 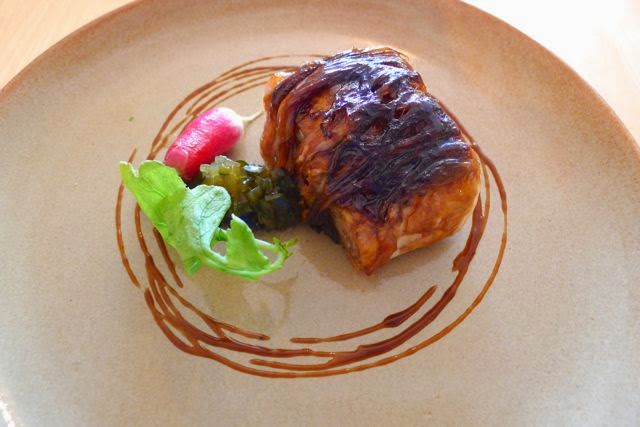 In 1929, the Wall Street Crash saw the start of the Great Depression. It wasn’t all doom and gloom though because it seems that in the same year someone invented  ‘Cumbrian mutton & treacle bacon turnover with cucumber chutney’. This was a lovely thing… the puff pastry delightfully gooey from the treacly glaze. A little more of the cucumber chutney would have helped to add the extra bit of moisture I felt the dish needed. 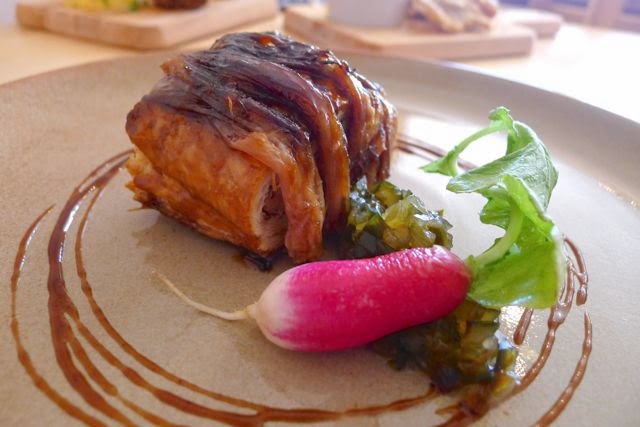 For my main, it was back to 1362 for a ‘Ham hock, chicken & leek pye with stockpot carrots and stout gravy’. Although pies (Wikipedia tells me), first, ‘appeared around 9500 BC, in the Egyptian Neolithic period’, since they were brought to our shores by the Romans in AD43 they have been popular with the people of Britain, especially those in the north. 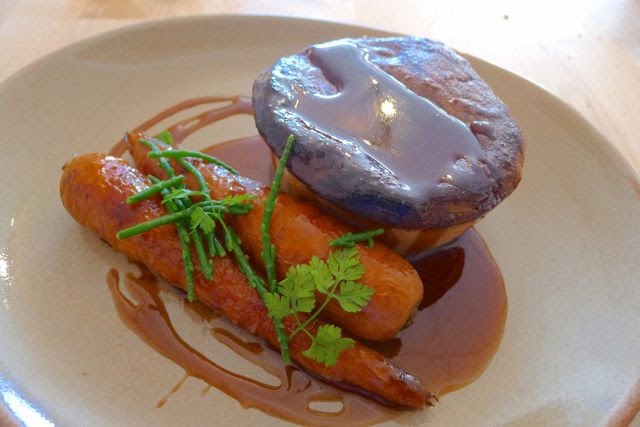 I’m sure this hearty, steaming blend of crisp pastry, generous meaty filling and rich stout gravy would have won over even the most dogged of Brigantes. The carrots, topped with a bit of salty samphire, were pretty special too.

Having chosen quite hearty dishes (after a big breakfast), coupled with the generous portions, I was too full for dessert but have vowed to go back soon with my wife for the complete experience. It’s early days for the restaurant grounded in history but it’s future is looking good. 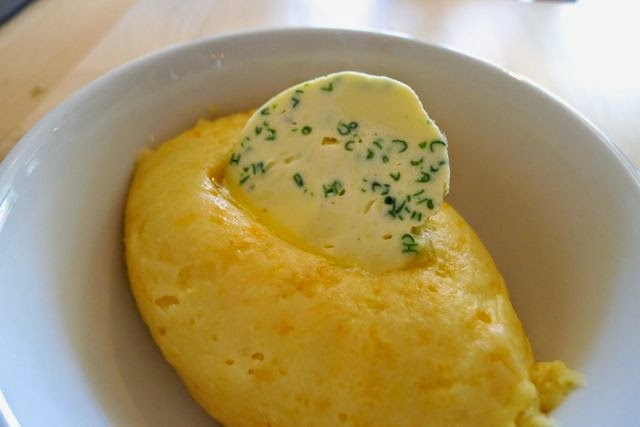 For better pictures of some of the dishes and more, check Bacon on the Beech.