The Yard on the Edge - “An evening with Arthur Potts Dawson”

As well as being a grocery store, butchery, bakery, deli and juice bar, the Yard on the Edge (in Alderley Edge, obvs) has a craft shop, café and ‘event venue’.

Known as the ‘Back Yard’, the events space regularly hosts a diverse range of community based and creative happenings, including: exhibitions, markets, cookery classes, workshops and supper clubs.

Arthur Potts Dawson is a chef who, having initially trained with the Roux Brothers, Pierre Koffmann and Rowley Leigh, spent much of his career working for the likes of Rose Gray and Ruth Rogers as the River Café Head Chef, before going on to restyle the Petersham Nurseries Café and work as Executive Chef for Jamie Oliver’s Fifteen – you may also know him from Channel 4’s ‘The People's Supermarket’. 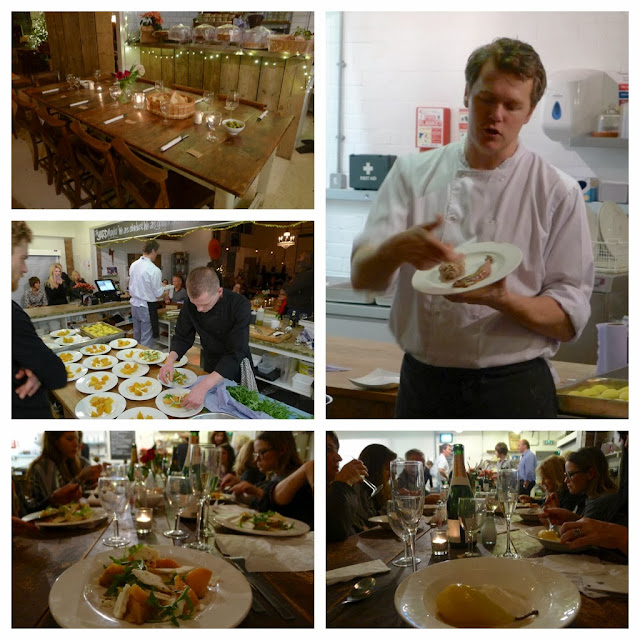 Besides being a chef with an incredible pedigree, Arthur also happens to be the nephew of Rolling Stone Mick Jagger – it is this relationship that brought him into contact with the musically connected Pickering Family who own The Yard. 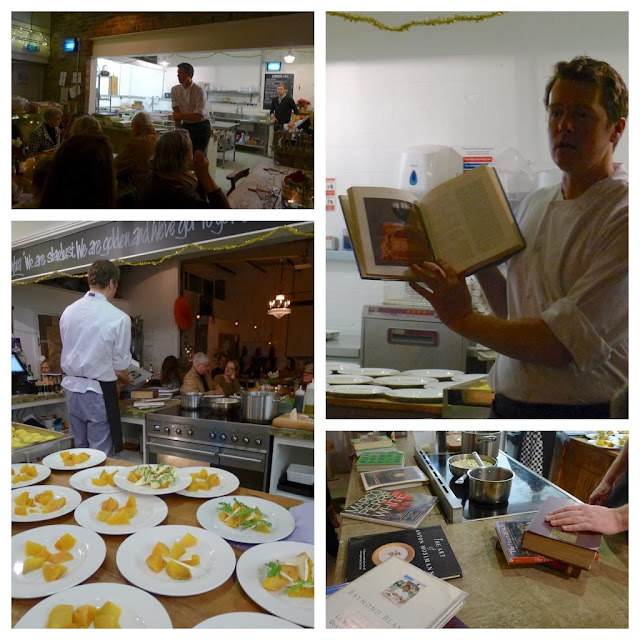 The night was billed as ‘An Evening with Arthur’ – where, as well as cooking a three course meal, the chef shared recipes, experiences and anecdotes from his 27 years of working in prestigious professional kitchens. There was an ‘Open Kitchen’ and guests were encouraged to ask questions, take photos and poke their noses in the cooking pots. Arthur was great – the type of chef that has probably forgotten more about food than I’ll ever know. 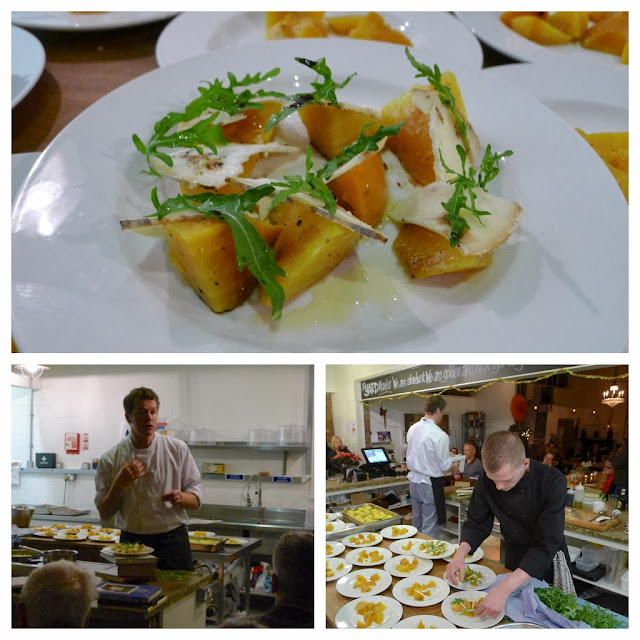 Candied Beetroot with Black Truffle Pecorino & Rocket – a wonderfully light salad using delicious golden, heritage beets that would equally be at home on a summer, autumnal or winter menu. The flecks of black winter truffle in the cheese and drizzle of balsamic adding an indulgent festive frisson. 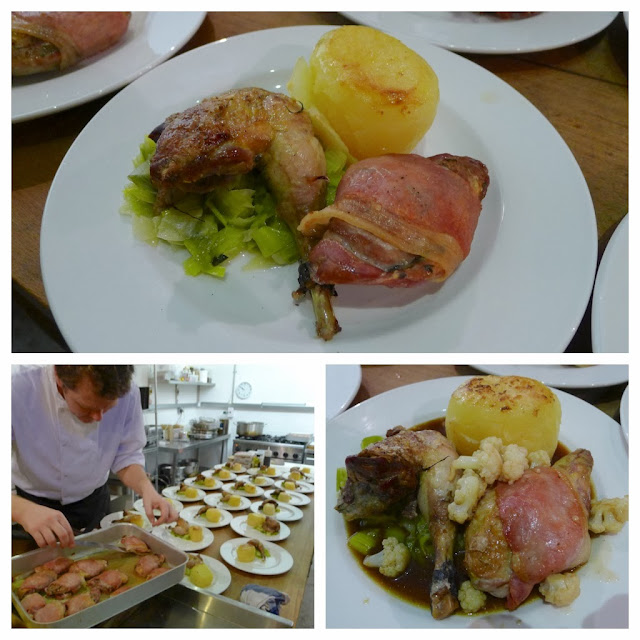 Pheasant with Fondant Potato – sharing buttery techniques, such as tunnel boning legs for filling with a forcemeat / mousseline, Arthur served the pheasant in two ways – a stuffed leg and bacon wrapped breast. This was served with a fondant potato (one of my favourite ways of serving potatoes that is sadly rarely seen in restaurants today), greens, cauliflower and ‘proper gravy’. 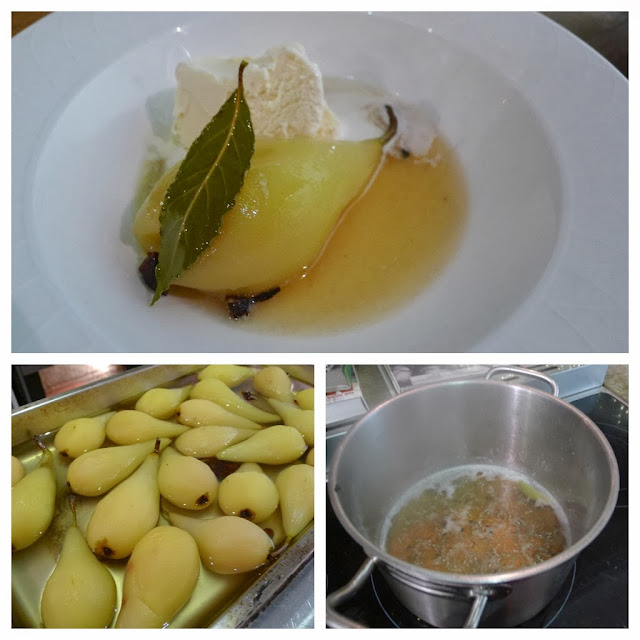 Poached Pears with Vanilla Ice Cream – the pears were poached to the perfect texture and served with a deeply aromatic and flavoured poaching liquor featuring white wine, bay, black pepper, cloves and star anise. (Please note: The Roux Brother taught Arthur to never serve something on the plate that should nit be eaten but we thought the bay leaf would look good.)

Another great evening at The Yard with friendly foodies - follow @YardOnTheEdge and @ArthurPottsD for more information on future events and collaborations.

Follow @HungryHoss
Posted by Hungry Hoss at 12:44 No comments:

Along with Simon Rogan’s The French, Manchester House has without doubt been one of the city’s most exciting restaurant openings of 2013. It has certainly been one of the most talked about amongst foodie circles and on social media.

Much of the buzz has been stirred up thanks to owner Tim Bacon’s initial statement of Michelin starred intent – something that has been freshly played down by chef Aiden Byrne (see here).

A recent review by Jay Rayner (here), having enjoyed Aiden’s food, seemed to echo the sentiments of many Mancs who have yet to be convinced by the Living Ventures’ ‘tiresome swagger’ and ‘maddeningly overbearing’ style.

I have visited Manchester House four times now and feel that the food, service and ‘things that Mr Rayner mentioned’ have improved each time.

During the first three visits, I felt there were quite a few inconsistencies – for example, the snails, which I raved about after my first meal were not so good on subsequent visits and the bread course that initially disappointed has since been perfected. Michelin-like consistency.

I ate the excellent value 3 course lunch menu for £27.50 (with the extended a la carte option for £15). Excellent value for quail, foie gras, truffle and partridge 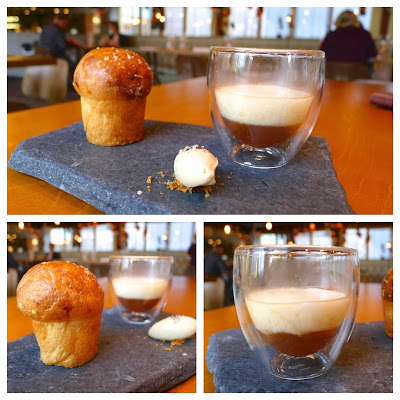 Onion & Parmesan Brioche with caramelised onion butter with onion consommé and Parmesan foam – on each of my four visits this course has been ‘tweaked’. This version was the best I have had - a Parmesan foam on the onion distillation adding the seasoning and depth that I feel may have been lacking on earlier versions. 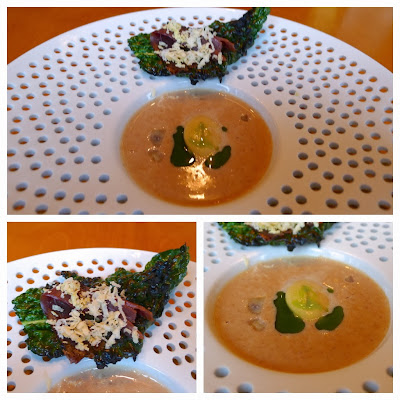 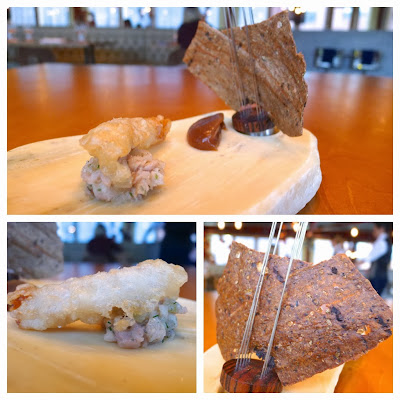 Smoked Eel Beignet with a smoked apple purée, eel and fennel salad with a rye and fennel cracker – the batter on the beignet was gloriously light and crisp. The smoke, fennel and apple all balanced to good effect. 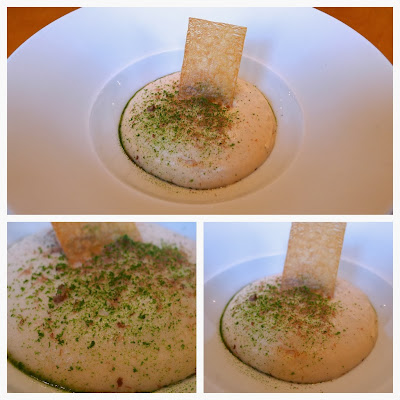 Braised Snails with parsley purée, potato foam and crisp topped with freeze dried parsley and ox – it’s become trendy to knock culinary foams and espumas; used well I think they have a place in exciting modern food. This one is used well. Great dish. 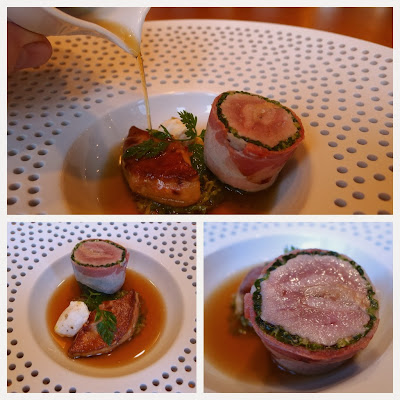 Set Lunch starter: Steamed Breast of Quail with savoy cabbage, smoked foie gras and quail consommé – since opening Manchester House, Aiden has added many new skills and techniques armoury but it’s his classical cooking and flavour combinations that hits the mark the most for me. Here a delightfully cooked sliver of foie and pink quail ballotine were without fault. 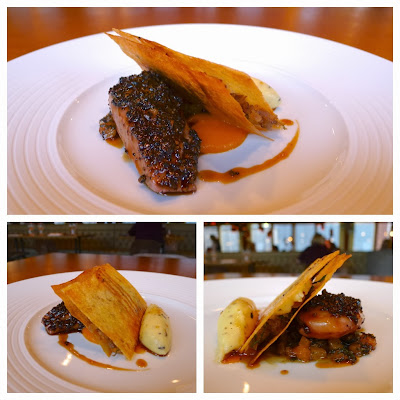 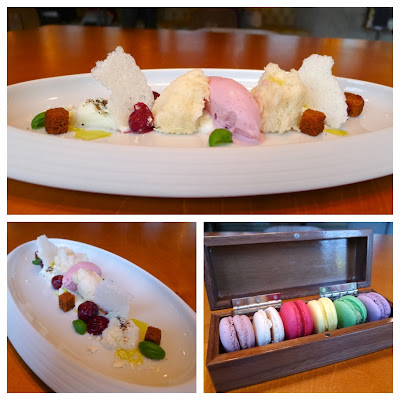 Set Lunch dessert: Sour Cherries with homemade goats curd, spiced cake, lemon, basil and black pepper – in the past, I have found the desserts to be strong at Manchester House; I loved the spiced cake but this one lacked a little sharpness for me… a dusting of freeze dried sour cherry or more prominent lemon would have balanced the dish better in my opinion.

Despite its vocal knockers, Manchester House is undoubtedly one of the best restaurants in the city. We are lucky to have a chef of Aiden’s calibre cooking here. If it continues to get better and better it will be exciting to see what 2014 will bring.

Follow @HungryHoss
Posted by Hungry Hoss at 20:24 No comments: 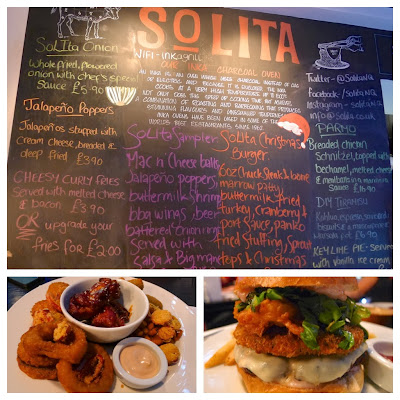 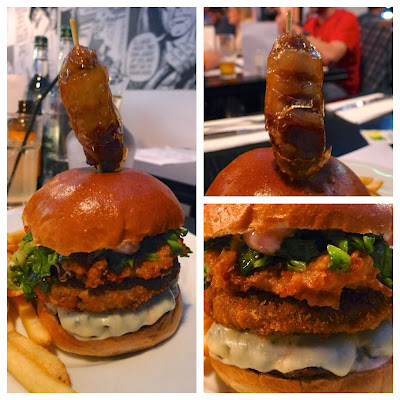 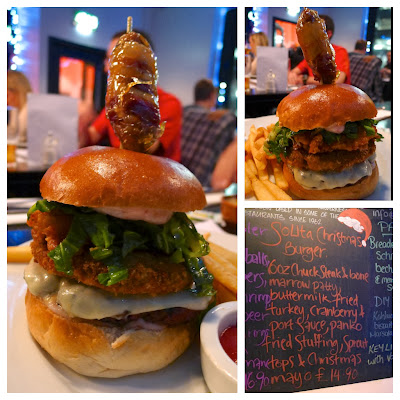 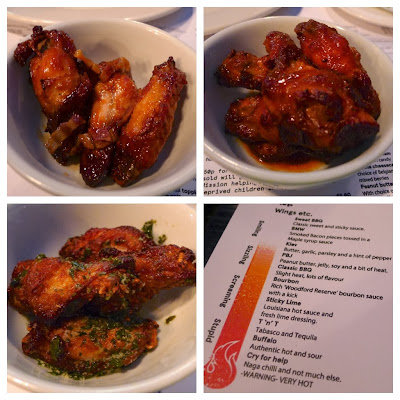 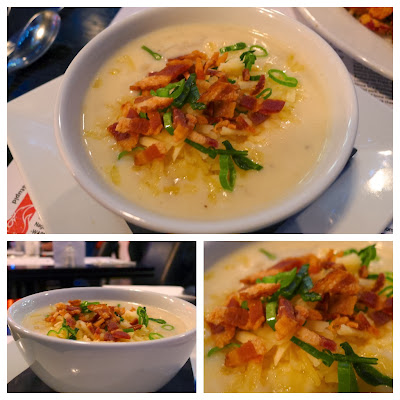 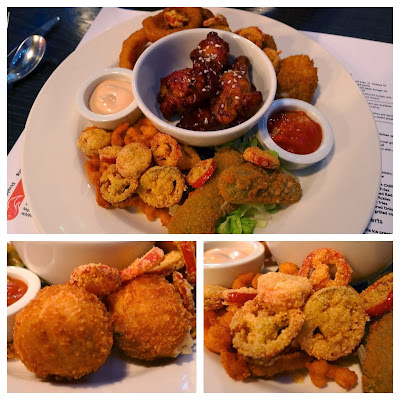