Of The Pass, Michelin say, ‘A unique hotel restaurant where every table is the chef's table! High level chairs and banquettes are arranged around a glass-walled kitchen, and TVs screening live kitchen action are mounted on the walls. Expect beautifully presented, intricate modern dishes in balanced, well-thought-out combinations.’

The Pass at South Lodge Hotel does exactly what it says on the tin… (to a degree.) Diners take up their seats within eyeshot of Chef Matt Gillan and his team as they calmly go about preparing dishes from your chosen tasting menu of 4 (lunchtime only), 6, 8 or 10 (dinner) courses. 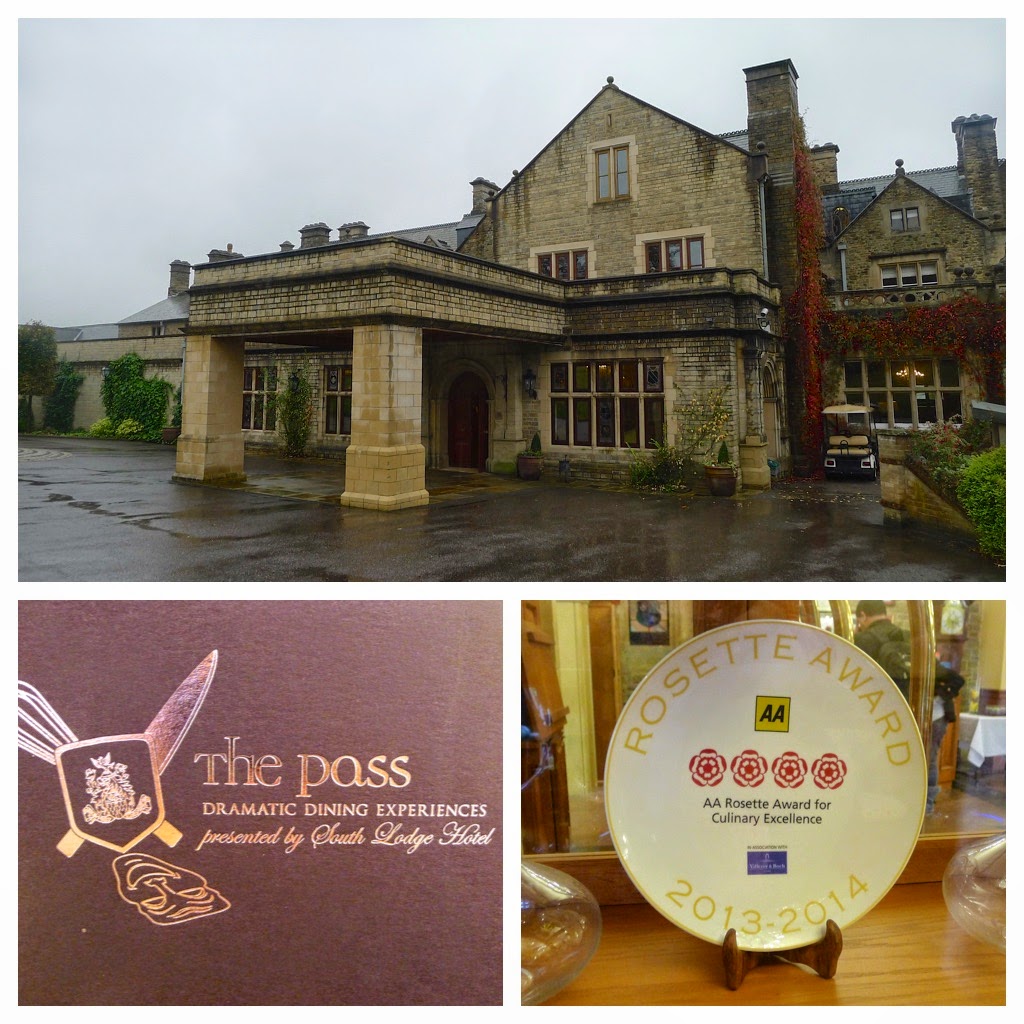 Generally I love the theatre of open kitchens; meals at Bubbledog’s Kitchen Table, Momofuku Ko, Dos Palillos, Waku Ghin and Simon Rogan’s Aulis Research & Development Kitchen rank amongst my all time top dining experiences. The ‘experience’ at The Pass sadly did not live up to expectations in this respect.

Before you think this is heading down the negative diatribe route, let me first state that the food was exceptional – perhaps some of the best I have eaten in a one star establishment. The cooking may have scored an A+, but for me, The Pass ‘concept’ was a fail. 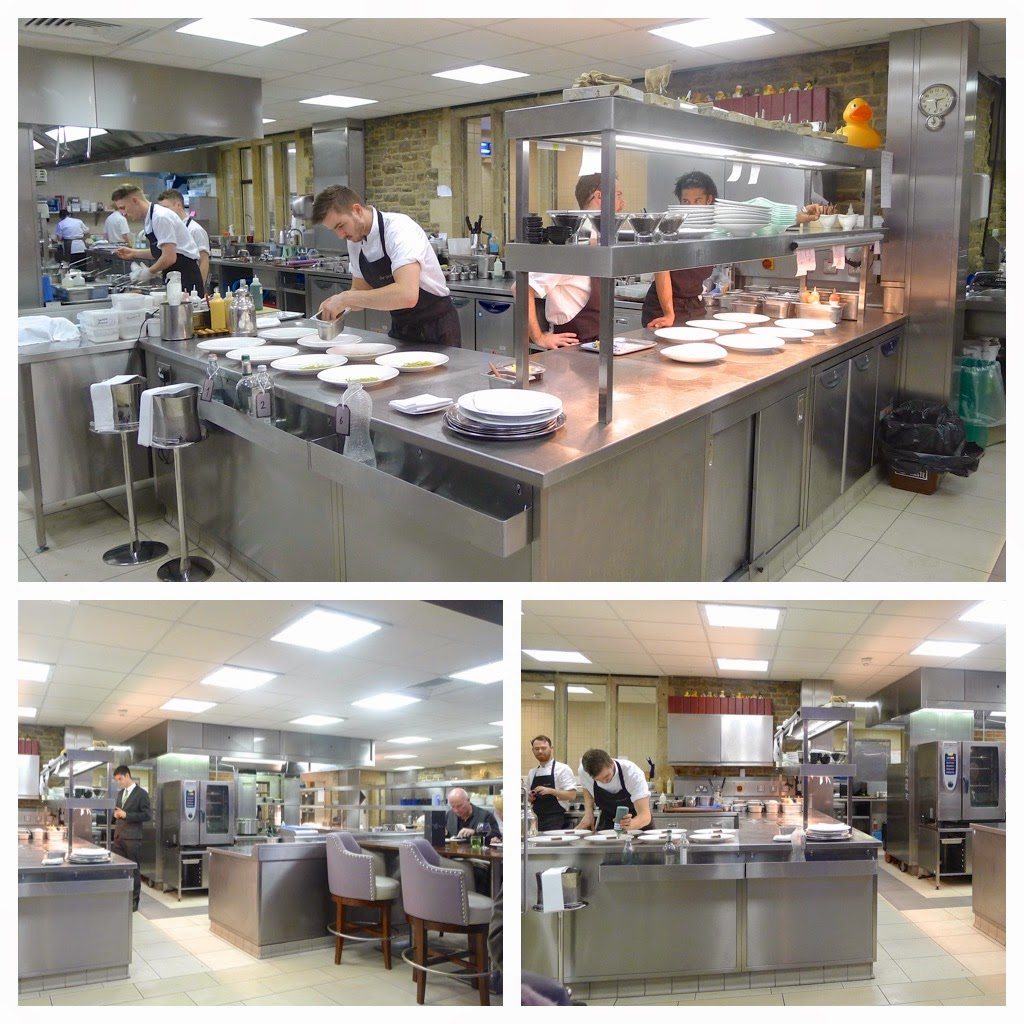 On their website, they big up the diners’ role in the ‘kitchen drama’ stating,  ‘Taking the 'Chef's Table' concept and exquisitely developing it, diners at our 26 cover Michelin starred, 4 AA Rosetted restaurant are closely involved in the kitchen drama!’ When it opened in 2008, The Pass would have been fairly unique but the number of places with open kitchens has since exploded; this may have taken the some of the edge off its selling point.

My wife and I were seated on the table closest to The Pass’ pass. From my vantage point I had a great view of a section of the kitchen that was not in use and, if I leant around my wife, a partial view of some plating up of dishes a few metres away… not exactly “closely involved”.

My poor wife had very little to look at apart from my ugly mug, a wall and a TV screen which showed nothing but a reflection of the overhead light. Neither of us observed anything that could be considered ‘drama’. 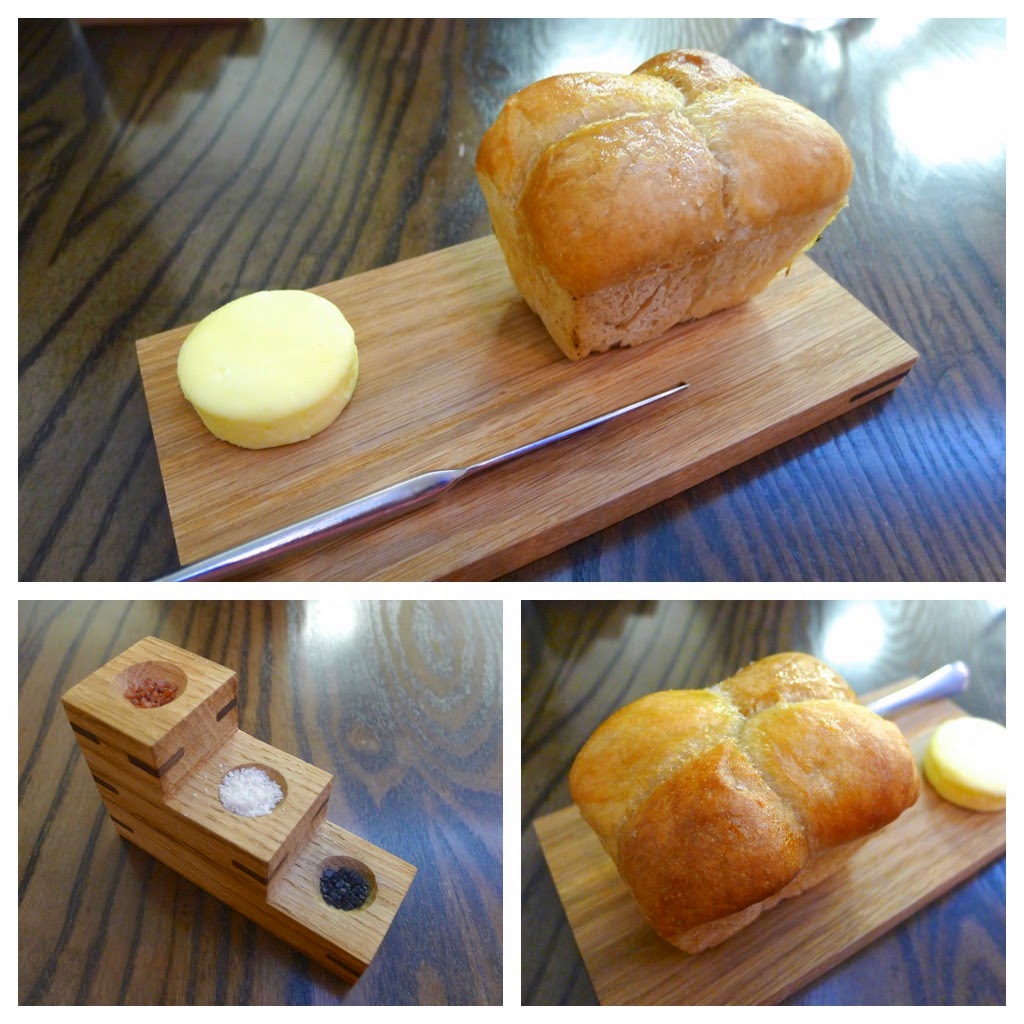 Fortunately, the drama played out on the plate and the palate was much more exciting. Each dish (with exception to the last which was much more subtle) delivered a succession of intense flavours. The service too was excellent from the chefs who served the dishes to the FOH staff who looked after drinks and general housekeeping. 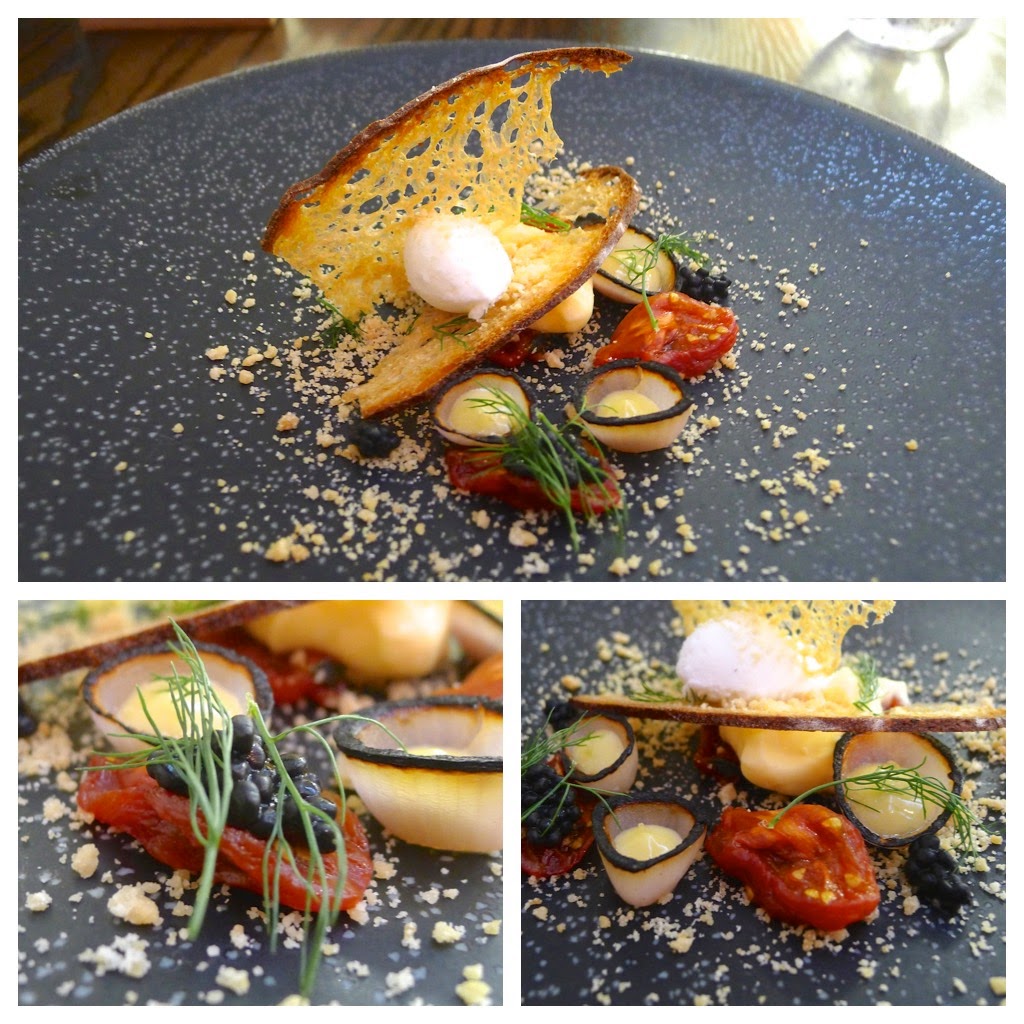 Parmesan / tomato / sourdough – this was a contender for my favourite dish; the parmesan and semi dried baby plum tomato elements were certainly not shy flavours. Lovely textures too. 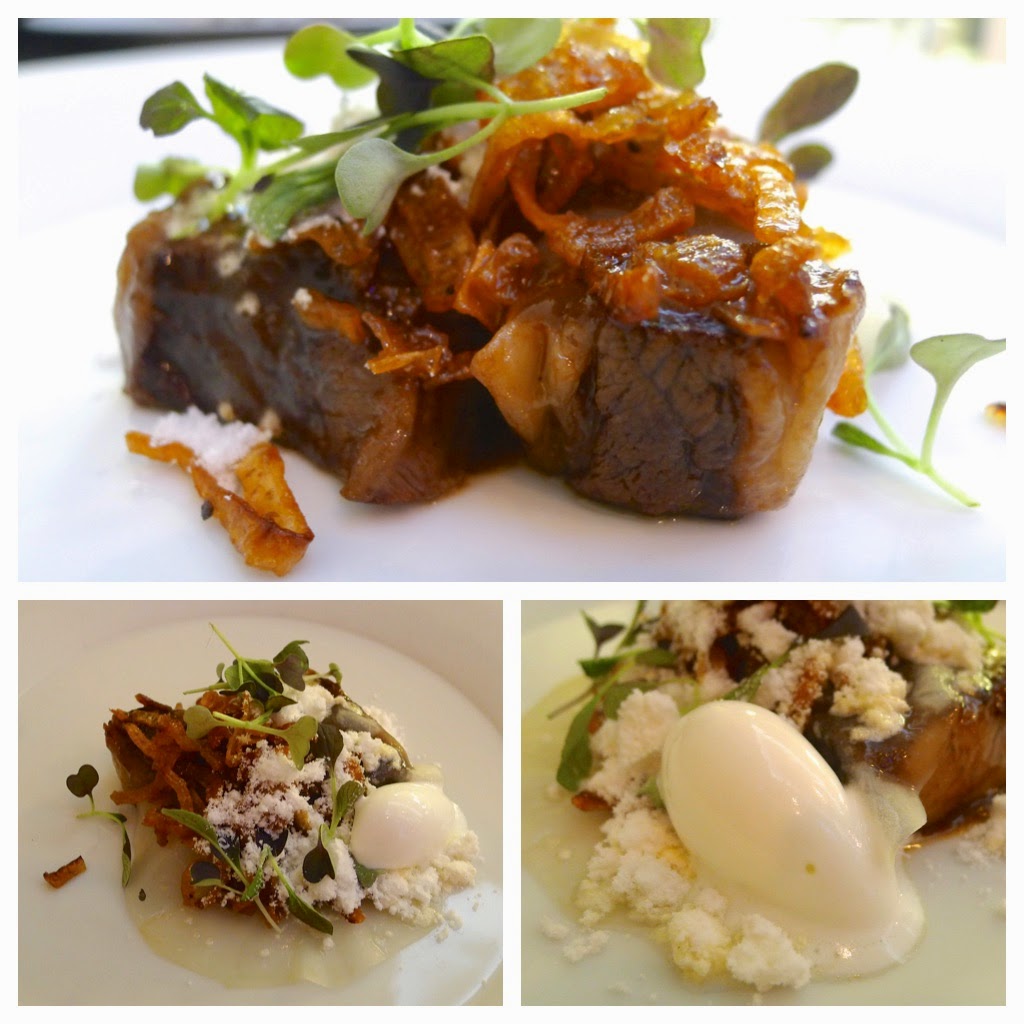 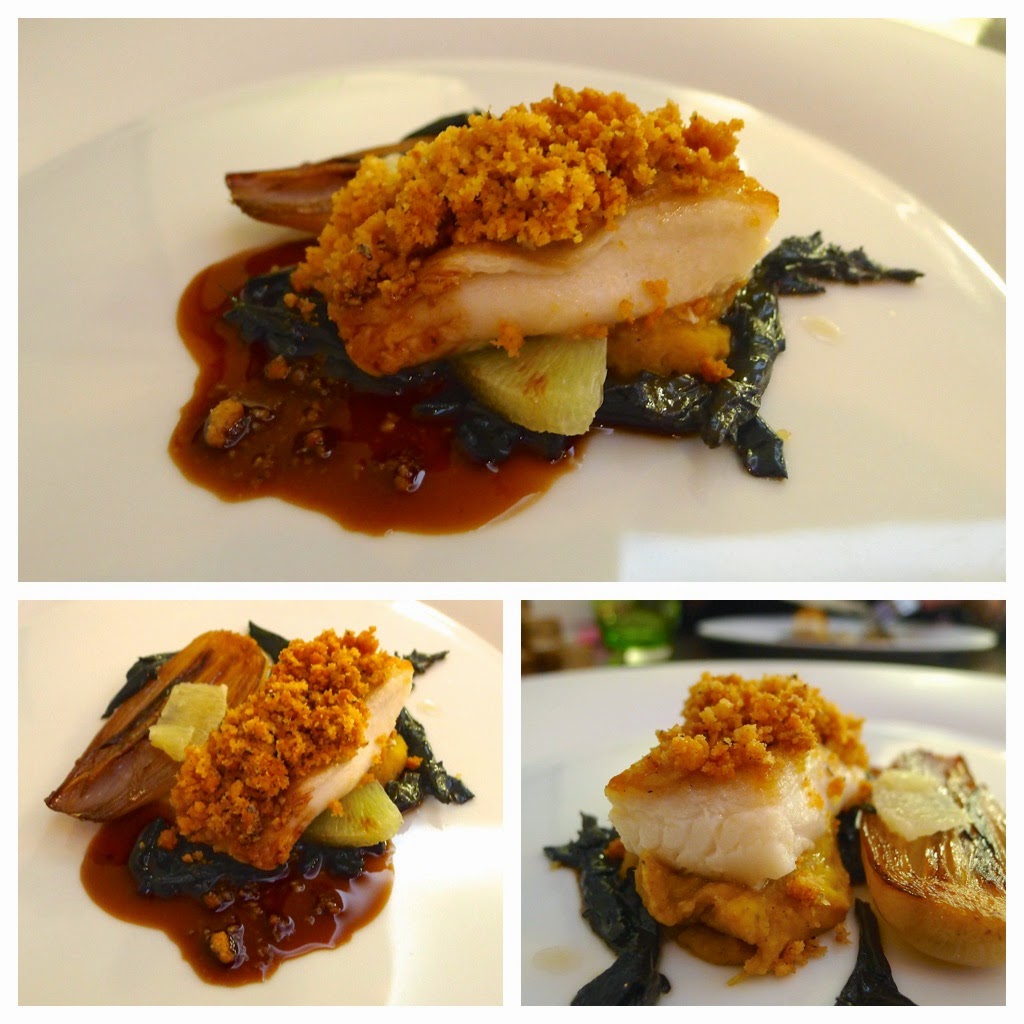 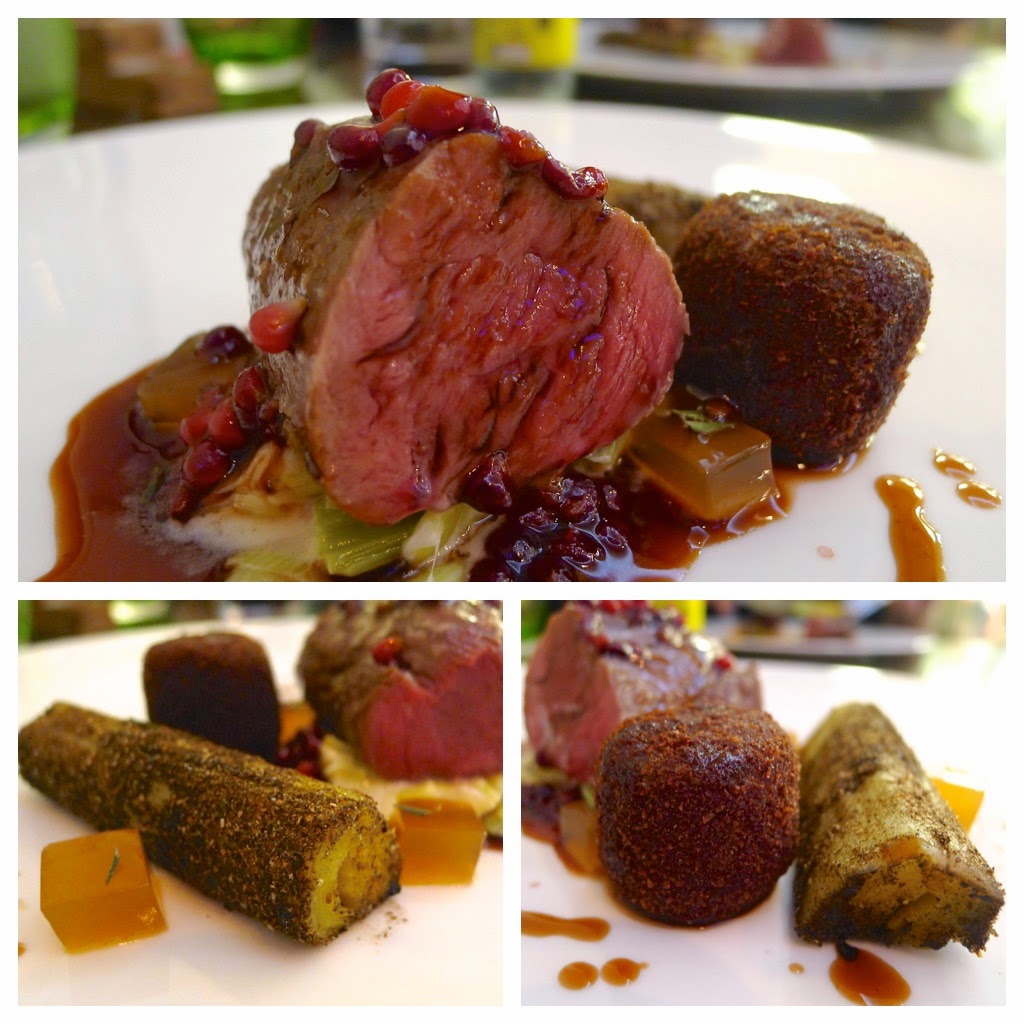 Venison / leek / blackberry – the pairing of fruit with game meats is not a new idea but the intensity of the blackberry was uncommonly bold. The blackberry element may have been somewhat strident but the wonderful quality of the venison still spoke up; deep gamey flavours came from a venison stock jelly; a rich reduction; a bonbon of confit haunch and a stunning piece of saddle with the texture of fillet steak. 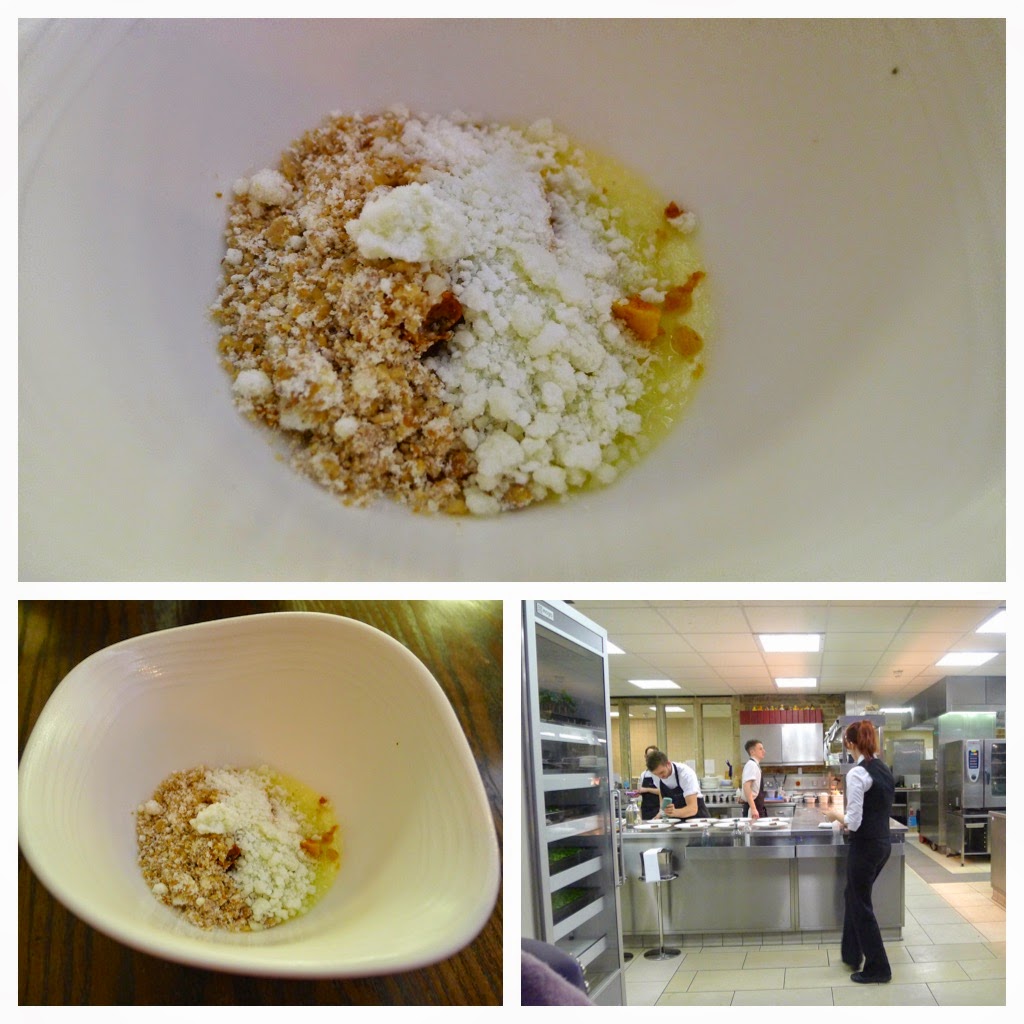 Lemon / oats / honeycomb – although simple in appearance this palate cleansing creation is a contender for my dessert of the year. The lemon was superbly sour, just as lemons should be. 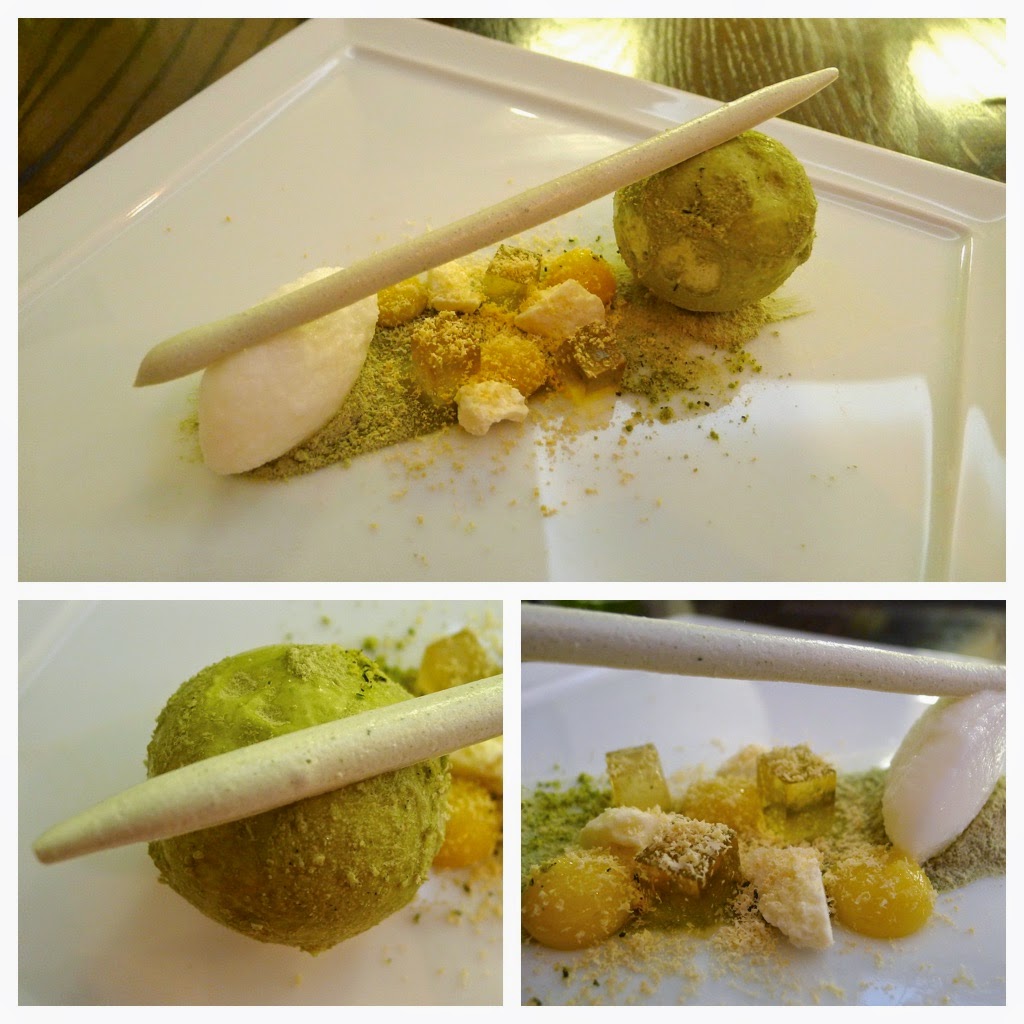 Green tea / yoghurt / white chocolate – Chef Matt Gillan’s style seemed to be that each dish had one dominant punchy flavour. As such, I was expecting the green tea to be overpowering but this dish was actually very subtly balanced and refreshing; a lovely way to end the lunch. 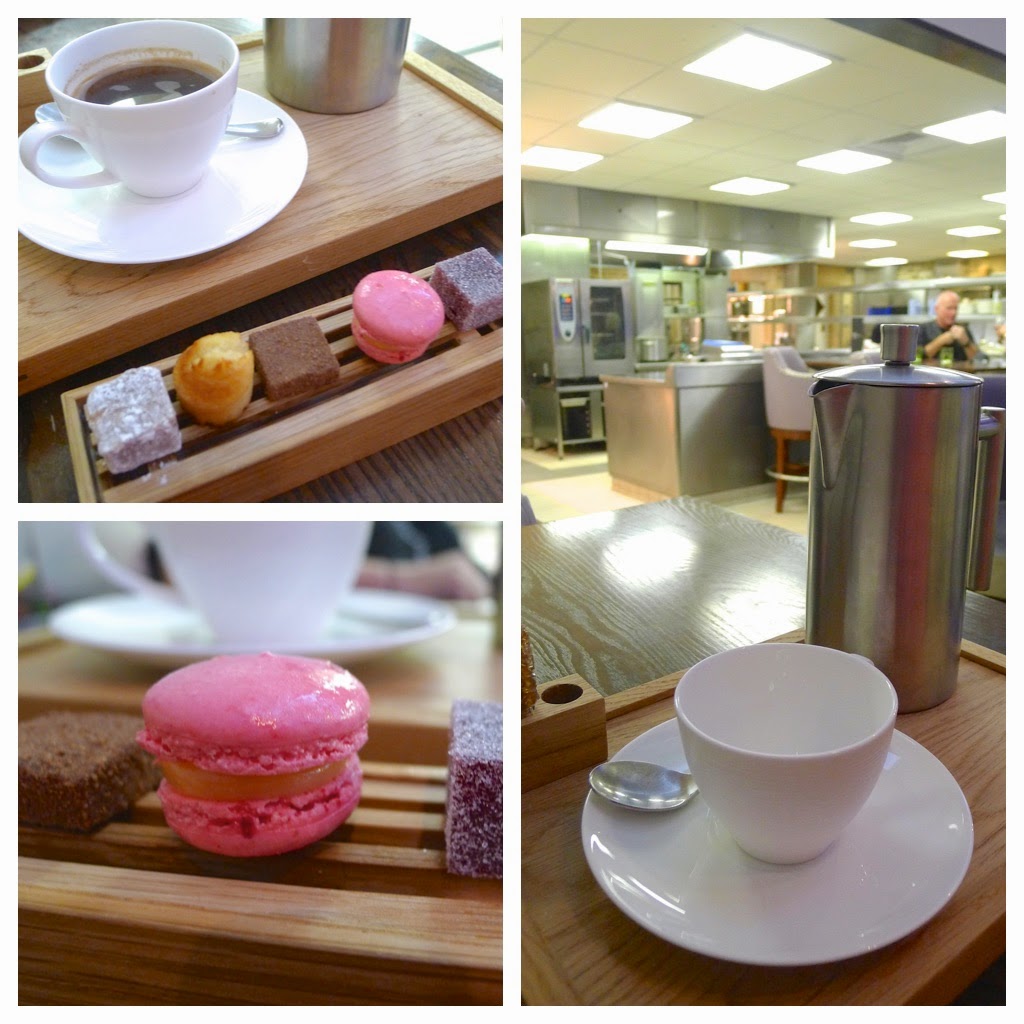 For the food and service, I’d definitely return to The Pass but I’d know not to expect too much from “the experience” which purports to be central but has became secondary to the creativity of the kitchen.