At the end of each year, it’s customary for us blogger types to post a ‘review of the year’ or ‘best of’. However, with 2019 drawing to a close, there’s a unique opportunity look back over the last decade!

Foodwise, the last ten years have been pretty special for me. I started my blog and its associated Twitter account in 2011 and since this time I’ve been to some amazing countries and eaten some fab food.

During this time, I have been asked to contribute to various national lists and had the honour of being a panellist for the World’s 50 Best Restaurants – something I’ve not told anyone before due to their anonymity rules.

For each year, I’ve selected one ‘home’ and one ‘away’ dining experience. 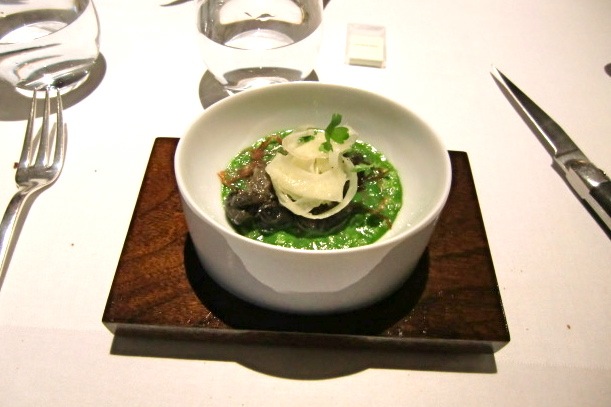 2010 – The Fat Duck, Bray
To his day, this remains one of the best and most memorable meals we’ve enjoyed anywhere in the world. 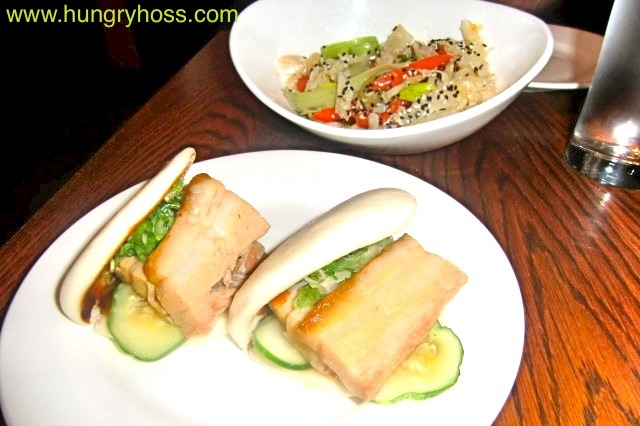 2010 – Momofuku Ko, NYC
We dined in some great places in NYC but Ko stands out for its energy and creativity. Due to the no photo policy at Ko, the pic is from Momofuku Ssäm Bar. 2011 – Sketch, London
A recent recipient of 3 Michelin Stars, we loved Sketch for the décor and food alike. We are long overdue a revisit! 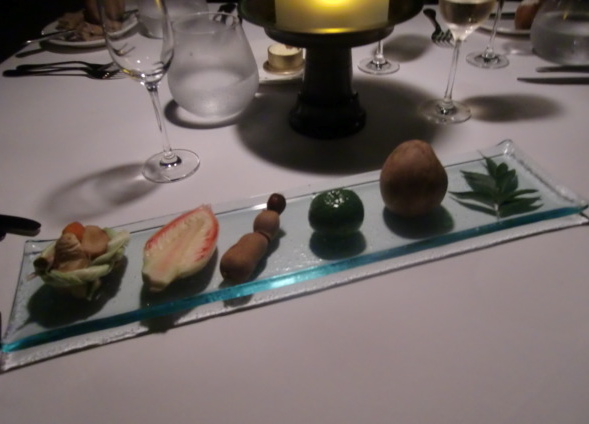 2011 – Mozaic, Bali
Aside from serving fabulous food in an amazing setting, this meal at Mozaic is the one that cemented my resolve to start the blog. 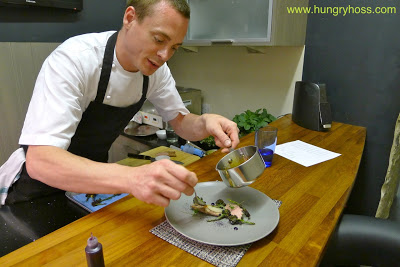 2012 – Aulis @ L’Enclume, Cumbria
I’ve enjoyed many, many great meals at L’Enclume and to my mind it deserves to be credited as one of the best restaurants in the world. The experience of dining in Aulis however, was truly unique and special thanks to Chef Dan Cox and Simon Rogan. 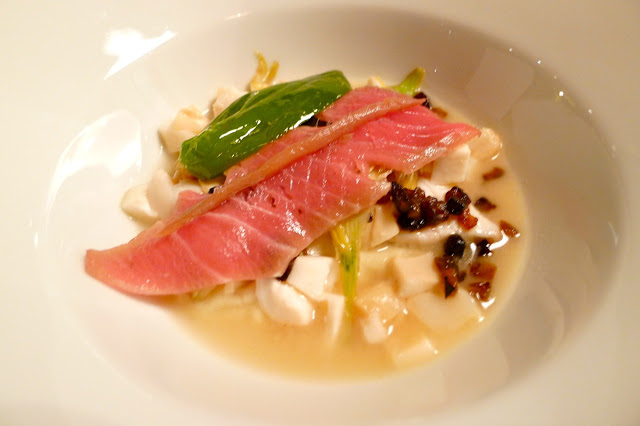 2012 – Pierre Gagnaire, Paris
We had some absolutely amazing food on this trip. Whilst Septime and Le Chateaubriand are probably more “my type of restaurants”, I could not, not choose this meal from the iconic Pierre Gagnaire. 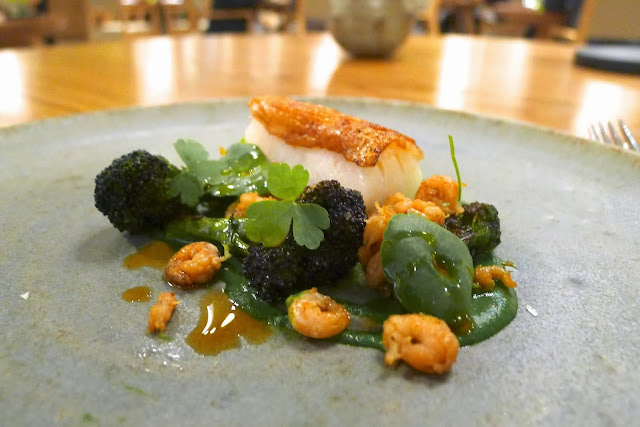 2013 – The French, Manchester
A long time fan of L’Enclume, when Simon Rogan opened in Manchester, I became something of a regular. When Simon departed, his head chef, Adam Reid took over the reins and it remains one of the best places to eat in the city. 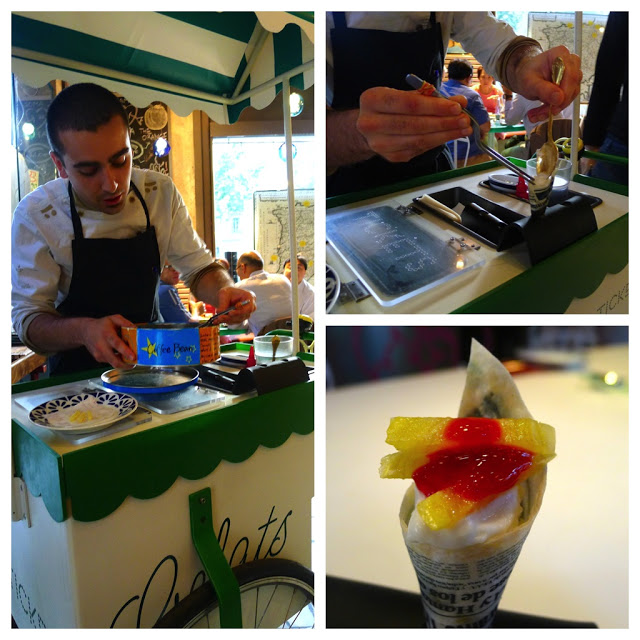 2013 – Tickets, Barcelona
My main prerequisite for a good restaurant is one which serves damn tasty food. Tickets does this in spades and it’s also fun! 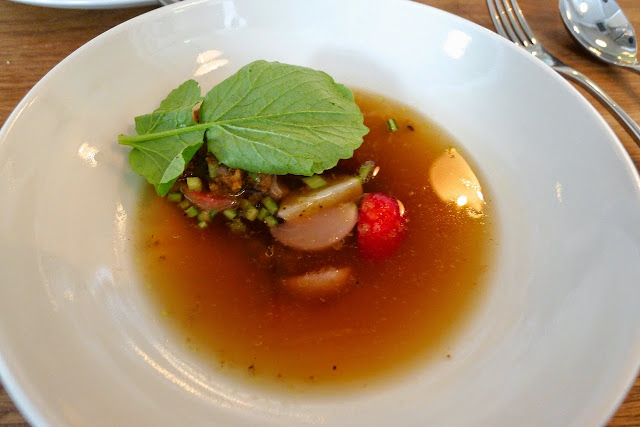 2014 – Lyle’s, London
A long time fan of Chef James Lowe, when he finally opened his own bricks and mortar place I instantly fell in love with a restaurant which has gone on to earn a Michelin star and be recognised amongst the 50 Best in the World. 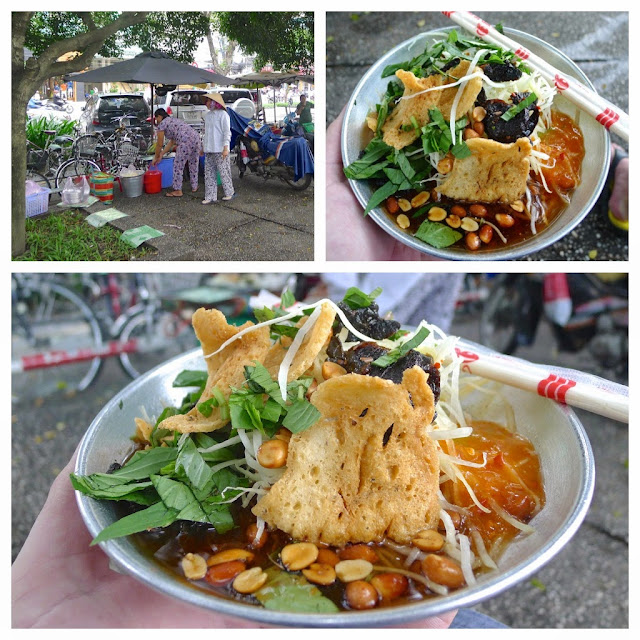 2014 – Gỏi Đu Đủ (papaya salad) @ entrance to Lê Văn Tám, Ho Chi Minh
To sit roadside whilst perching my 6ft frame on a 10” high plastic school and enjoy the food enough for it to make this list is testament to the quality of street food which can be found in Ho Chi Minh. 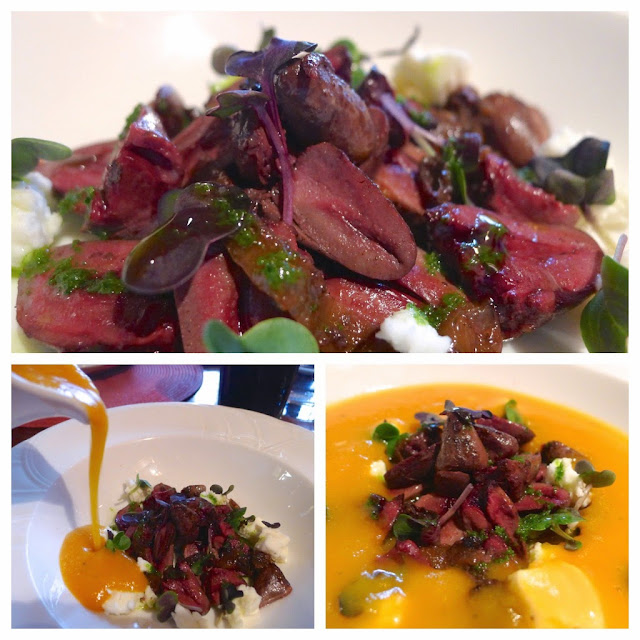 2015 – Parkers Arms, Lancashire
Some may be wondering why in a year that I’d eaten in more than a dozen Michelin starred restaurants would I choose a place not even listed by the Trip Advisor collaborators, however, anyone who has ever eaten Stosie’s food and enjoyed AJ’s hospitality will know why they’ve earned their place amongst the best of the last decade! It also represents my love of small, family run independents in difficult locations, doing things right with commitment and passion. 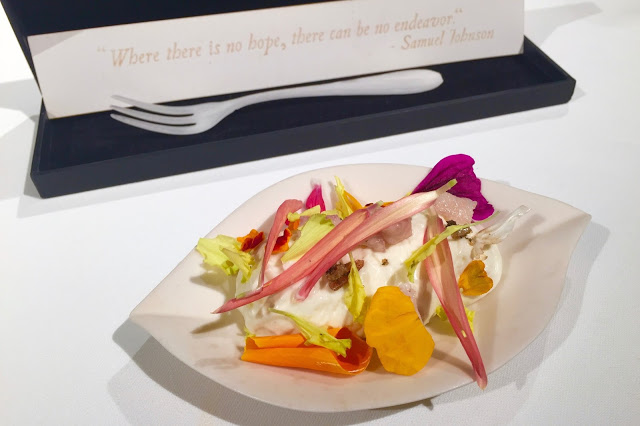 2015 – Mugaritz, San Sebastian
Mugaritz is one of those restaurants which divides opinions. I connected with it from my very first visit. 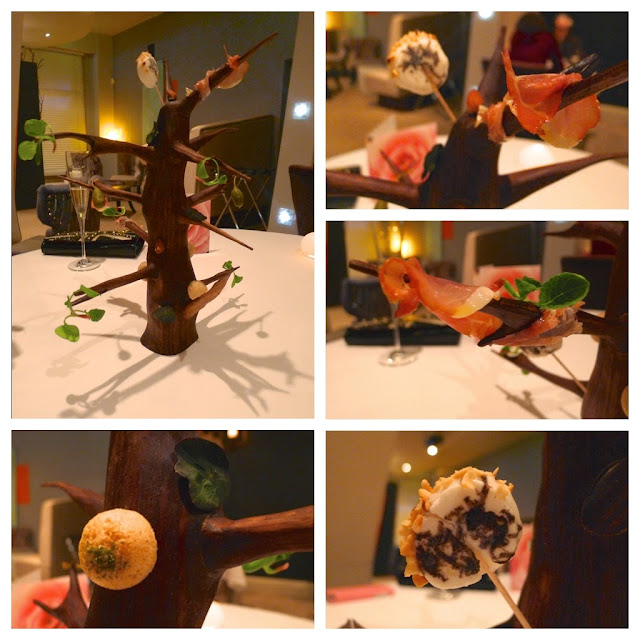 2016 – Fraiche, Oxton
My wife and I have enjoyed many, many meals at Fraiche over the years. The prefect, intimate romantic restaurant with sublime food cooked by Chef Marc Wilkinson. 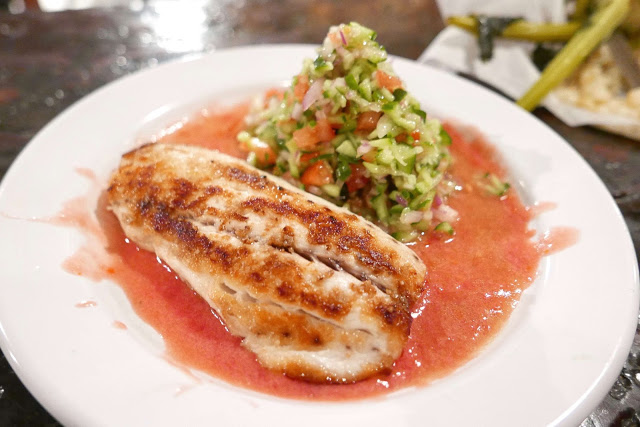 2016 – Romano, Tel Aviv
Tel Aviv is another city which we’ve fallen in love with. The casual dining scene here is second to none. For me, Chef Eyal Shani’s restaurants stand out as the vanguard. Roman is effortlessly cool and hip. 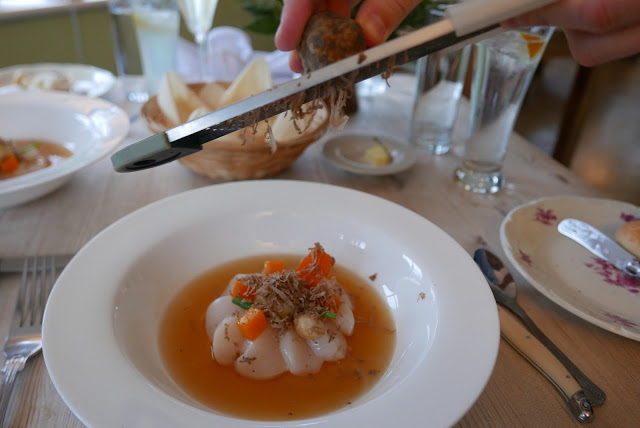 2017 – The Crown, Burchett’s Green
I love a good, old fashioned British eccentric and I mean this as a compliment when I say that Chef Simon Bonwick is truly one of a kind. His family run pub (restaurant) is a step back in time to when hospitality was about pleasing people and not critics or guides – something not many places do these days (shout out to the likes of Chez Bruce and Guinea Grill for also doing this). 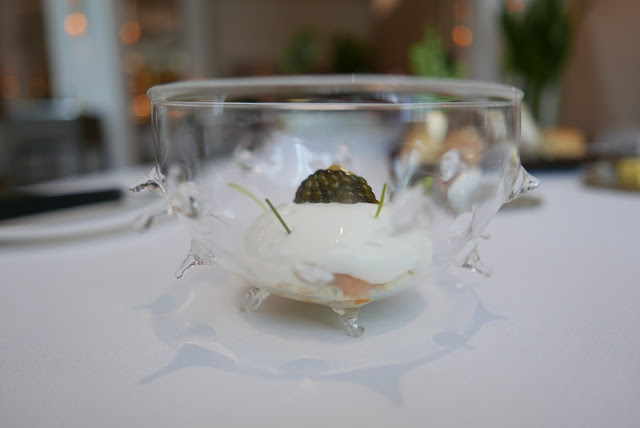 2017 – Odette, Singapore
We’ve made many trips to Singapore and the food there is amazing – from Hawker Food to High End. Another restaurant to recently be awarded Three Michelin Stars, Chef Julien Royer (who I’ve been a fan of since his JAAN days) and his team offer an exceptional experience on every level. 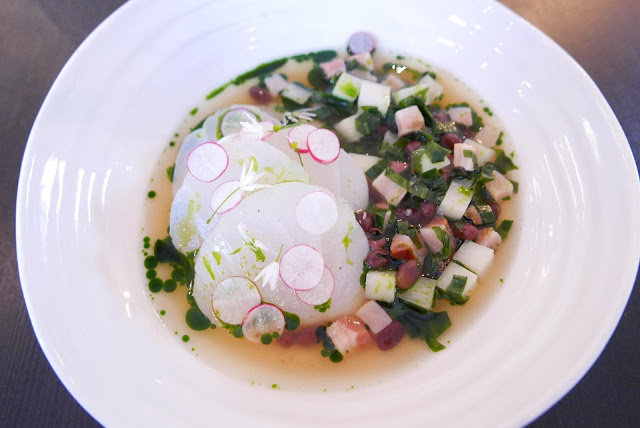 2018 – Hispi, Didsbury
I’ve been a fan of Gary Usher since visiting his first restaurant, Sticky Walnut, in 2013. Since the days of #StockWatch, I think what Gary has achieved through his hard work, crowdfunding and canny use of social media is phenomenal. He also treats his staff well, which I love. First-rate bistroing! 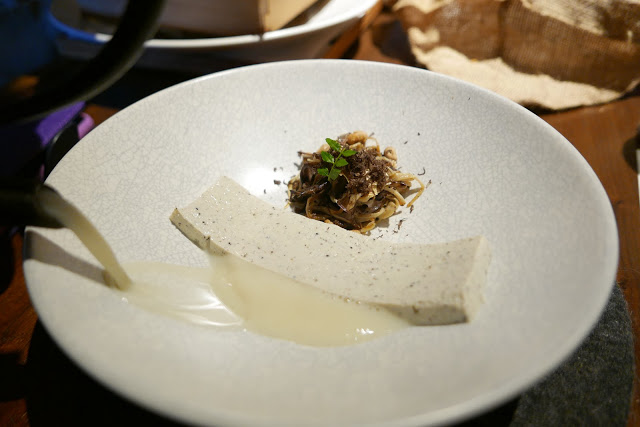 2018 – Raw, Taipei
Another amazing trip to a fantastic city for food. The street food here is amazing and many of the restaurants are world class too. Mume gets a special mention but Andre Chiang’s Raw is a magnificent space and was a pretty special experience. 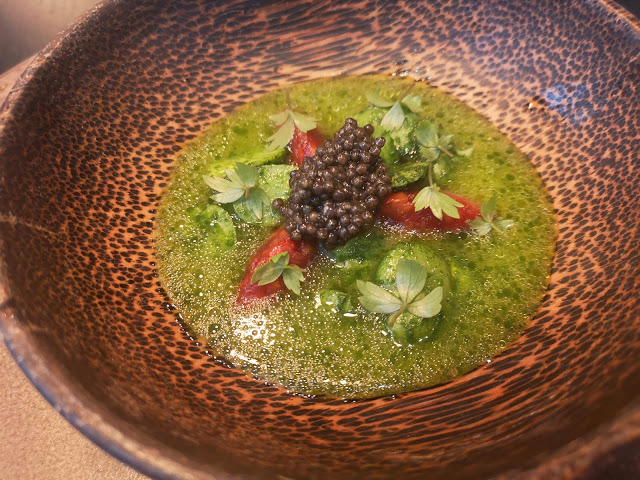 2019 – Mana, Manchester
The restaurant which finally won Manchester is first Michelin star for 40 something years. A world class restaurant on our doorstep. 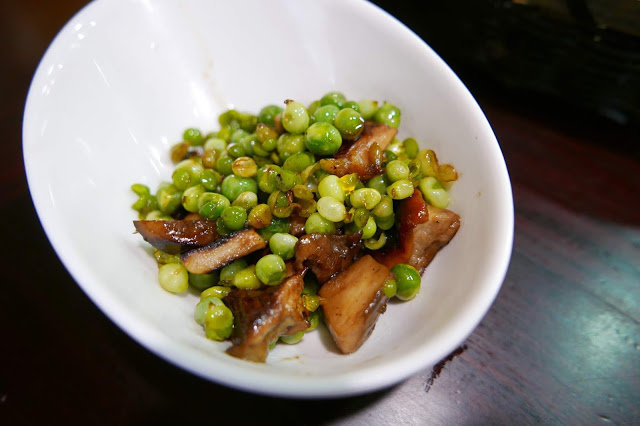 2019 – Borda Berri, San Sebastian
Uncharacteristically for us, we have only taken one holiday in 2019 – a trip to San Sebastian back in February. This is a town we adore and have been to many times. As I’ve written a few posts about the town, I didn’t write up this year’s trip so I’ve included a post from 2018. The town is home to many of our favourite places to eat but, if I had to pick one, Borda Berri gets the nod.