There really is no point in having a name like Hungry Hoss if I’m not going to attempt to live up to it… if that was the case, I may as well have called this blog the Peckish Periwinkle; Mole with the Munchies or the Easily Satisfied Elephant Seal!

On my second ever post I explained how I came by the nickname of Hungry Hoss and went on to say that as I’ve matured, ‘quality’ not ‘quantity’ has become my yardstick. 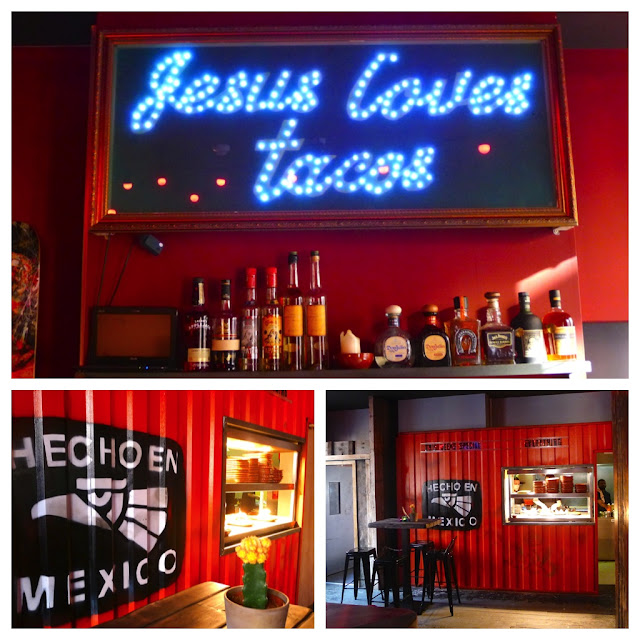 But, I’m also very competitive and could not resist the chance of becoming the first to triumph, when I saw the word ‘challenge’ on the menu of Manchester’s new Mexican (Calexican?) Taqueria and Teliqueria… “Luck, Lust, Liquor & Burn” 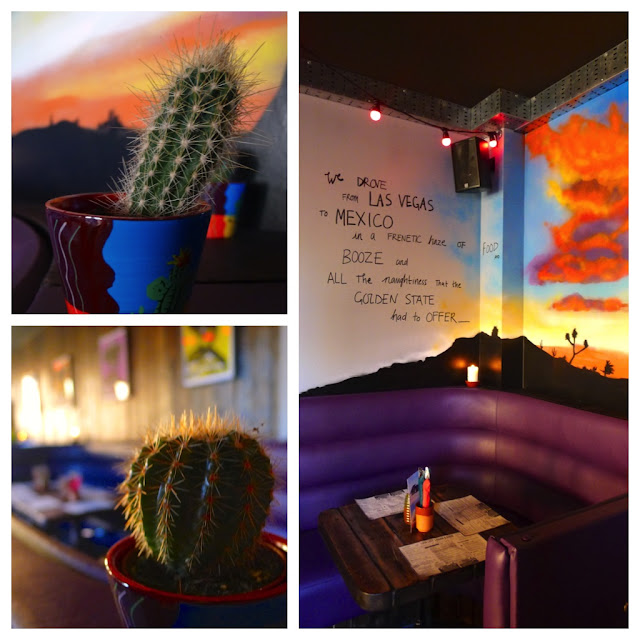 Luck, Lust, Liquor & Burn is located on High Street in what was Socio Rehab, one of the city’s premier cocktail bars. The main restaurant can be found upstairs, whilst downstairs remains a bar with a pared down 'bar snack' menu available… I just wish there was a back room gambling den so I could do my ‘liquor in the front, poker in the rear’ joke. 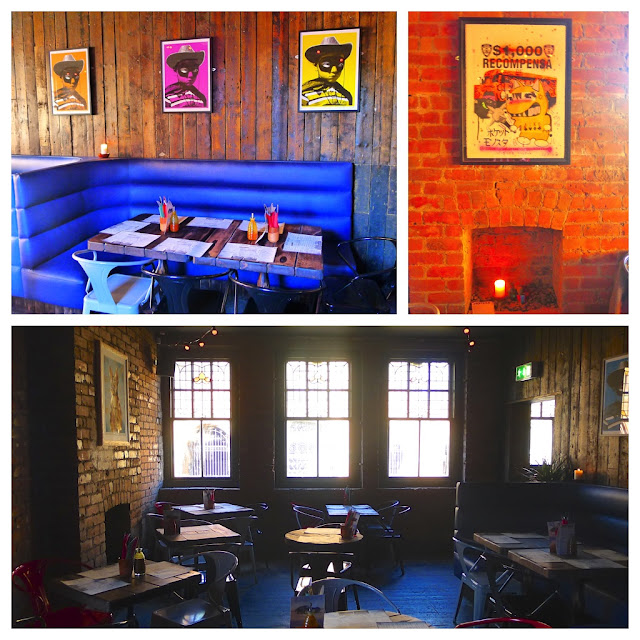 Upstairs, I loved the décor – guests are greeted by flickering blue lights that inform them that ‘Jesus Loves Tacos’; the kitchen and pass is seemingly housed within a shipping crate; exposed brickwork; rustic wooden tables; booths; metal chairs; bold artworks and dinky cacti complete the vibe. 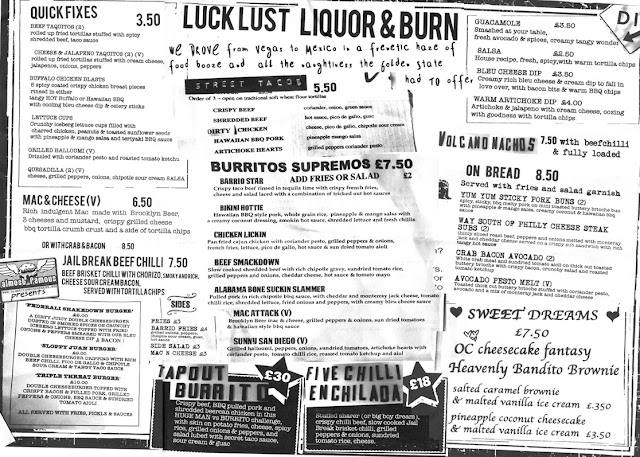 The paper menus that double up as placemats feature: Quick Fixes; Street Tacos; Burrito Supremos; Volcano Nachos; Burgers; Enchiladas and alike but I was only mainly interested in the Tapout Burrito. 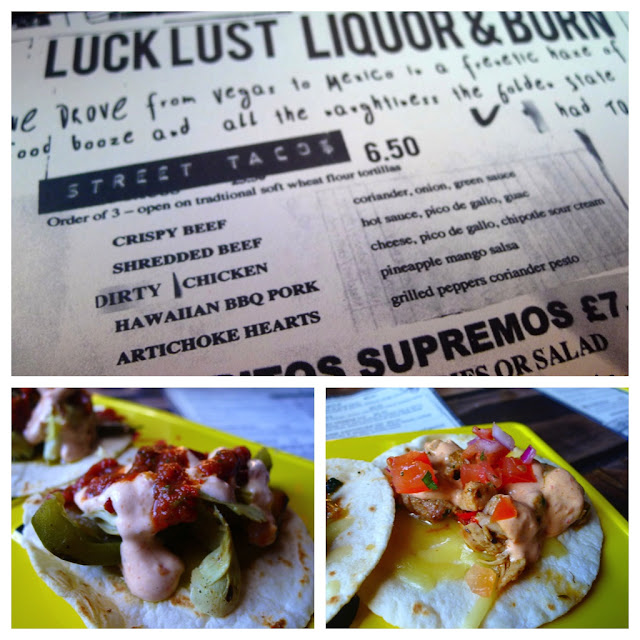 Sharing it’s name with US based mixed martial arts show and clothing label, wimpy diners get the option to ‘throw in the towel’ or ‘Tapout’ if they are too ‘pussy’ to finish the Burrito. 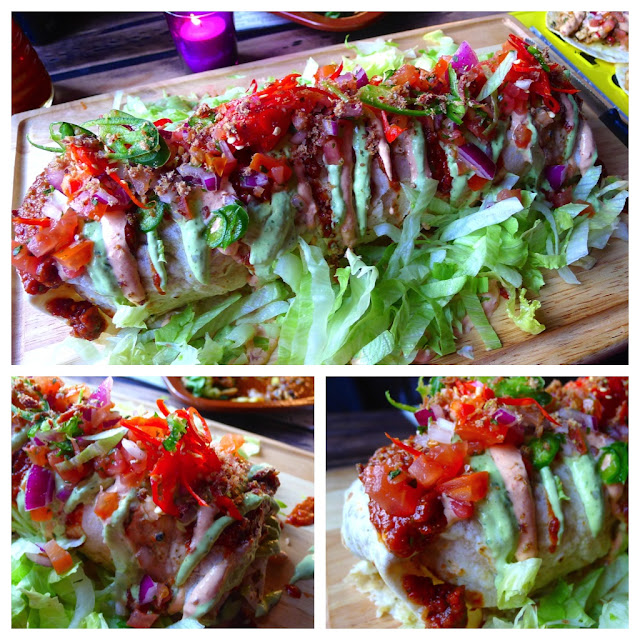 My waitress, the excellent Emily, informed me that some fifteen people had already tried and failed to sink the titanic burrito. I don’t know why… it was delicious (at least the first 100 or so bites were!) 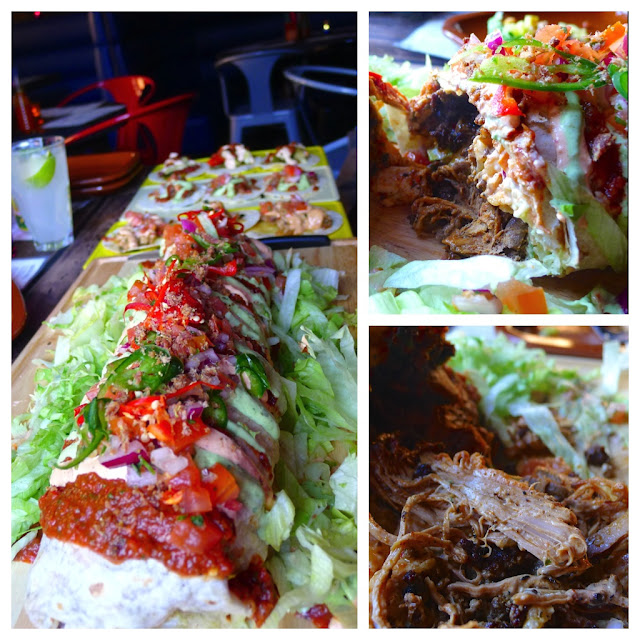 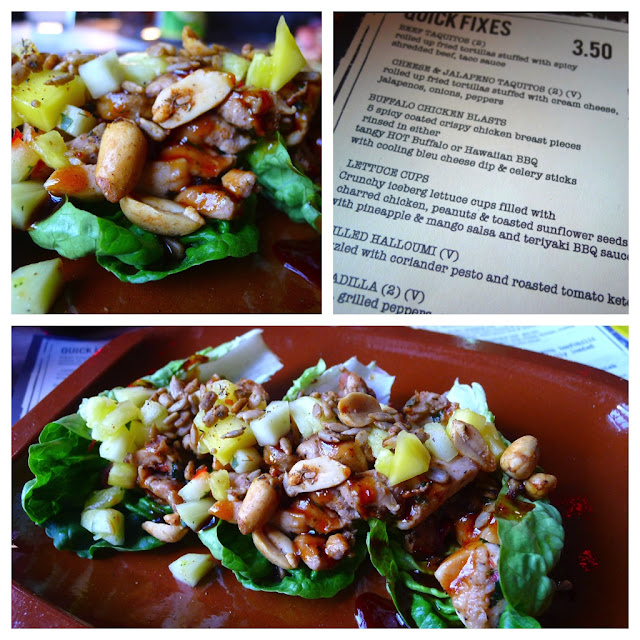 From the ‘Quick Fixes’ section of the menu I also managed to tuck away some Lettuce Cups. These were nicely spiced, with good textures: crunchy little gem lettuce leaves filled with charred chicken, peanuts & toasted sunflower seeds with pineapple & mango salsa and teriyaki BBQ sauce. 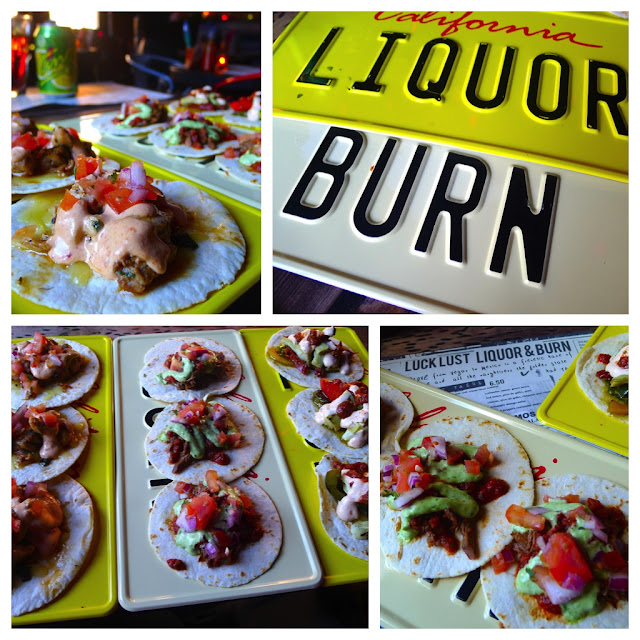 Served on ‘Liquor’ and ‘Burn’ US style licence plates, I made the faux pas of ordering three lots of Street Tacos, believing I’d get one of each and not three sets! As such, I’m ashamed to say I didn’t quite manage to finish these off. I ordered Shredded Beef, Dirty Chicken and Artichoke Hearts. They were all good! 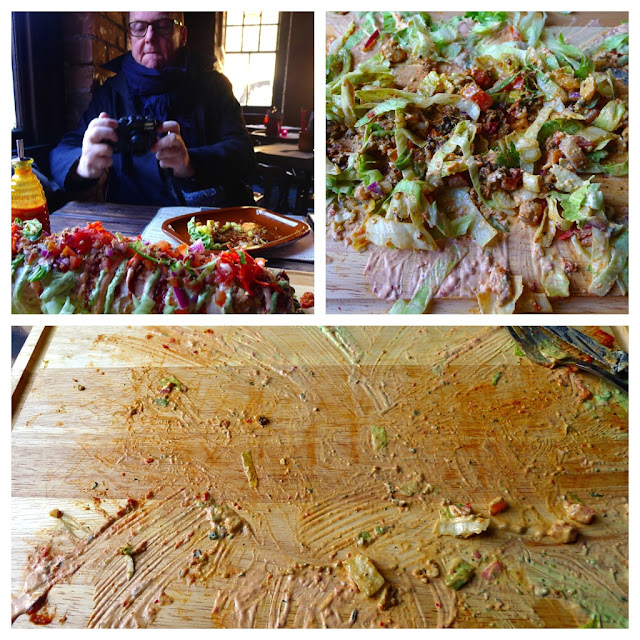 Back to the burrito… it was the few pieces of iceberg lettuce left at the end that almost had the best of me… each of the last few mouthfuls may as well have been whole heads of lettuce… but, with Gordo from Manchester Confidential offering support, there was only ever going to be one outcome… in behemoth burrito battle of Man vs Food - Hoss won!