Rogan & Co is Simon Rogan's 'other' restaurant in Cartmel and, as such, does perhaps not get quite the attention it deserves (that said, they were full on the weekday lunchtime of my visit).

I’ve always loved and championed Simon Rogan's food and over the years have made regular pilgrimages to the village to eat at both Rogan & Co and (more regularly) his flagship 2 Michelin starred L'Enclume (see here). 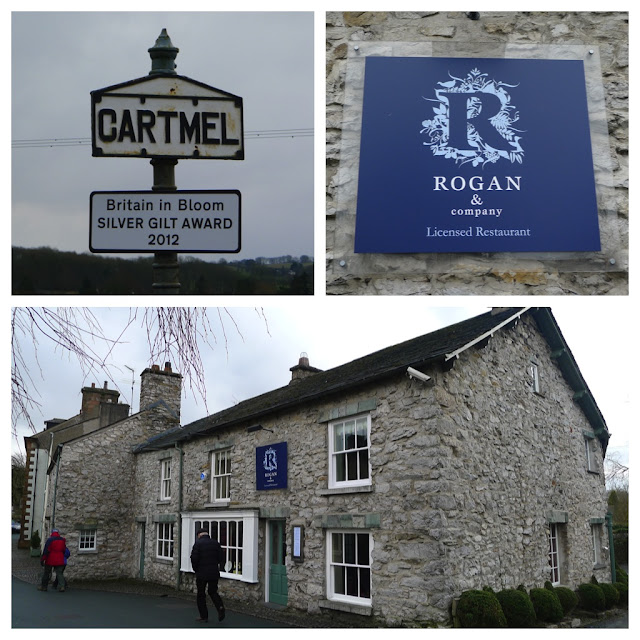 Earlier in the month I ate at Simon’s new Manchester restaurant at ‘The French’ (here). Knowing that this food is now so easily accessible, just twenty minutes from my home is torture. I've read every blog post, looked at every picture on twitter and even turned up the middle of their first busy Friday night service and loitered in the kitchen (sorry for that!) 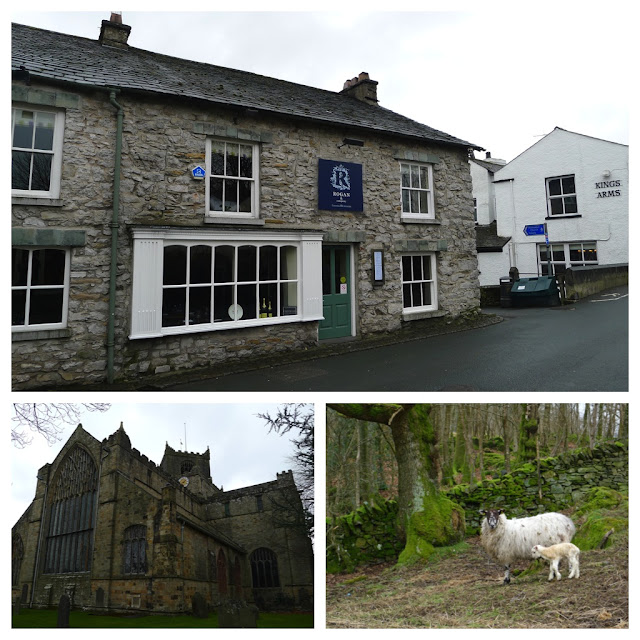 I love the The French and recently much has been made of its history and grand splendour –impressive though it is, for sheer beauty and antiquity even the mighty Midland Hotel cannot compete with the charmingly picturesque, medieval village of Cartmel. 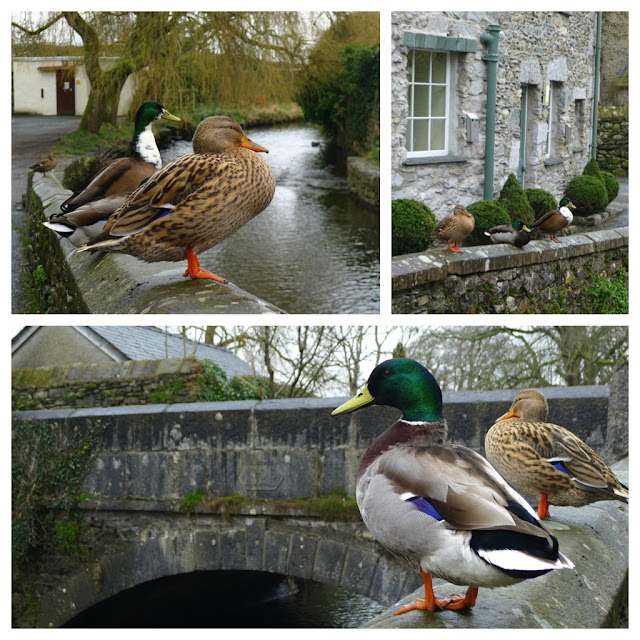 Since my last visit (in 2011), under Simon’s direction, head chef Danielle Barry has reinvented and reinvigorated Rogan & Co as a top-notch restaurant in its own right; securing 3 AA rosettes (the same rating as many one Michelin starred restaurants). 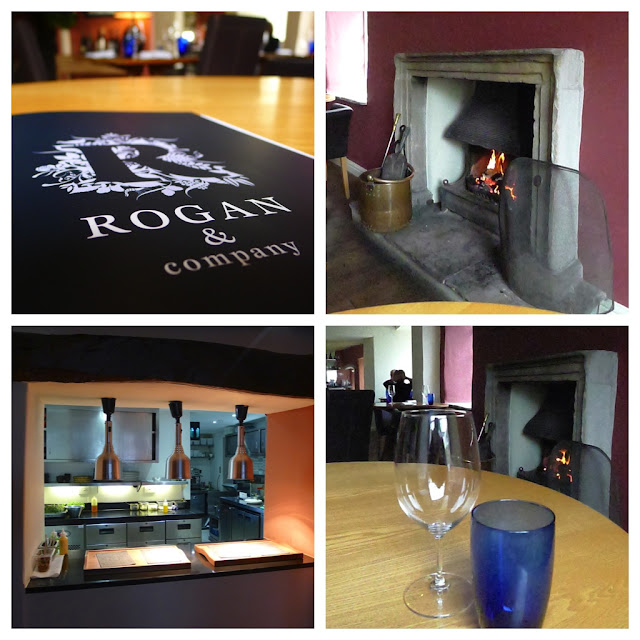 Housed in a beautiful stone building beside the River Eea (a popular spot with ducks), the décor is a splendid mix of old and new – the semi open, state of the art kitchen, and sleek modern lines strike a welcoming balance with the original stone fireplace, rough plastered walls, beams and bowed ceilings. Framed pictures of the rolling Cumbrian hills remind diners of the Rogan ethos. 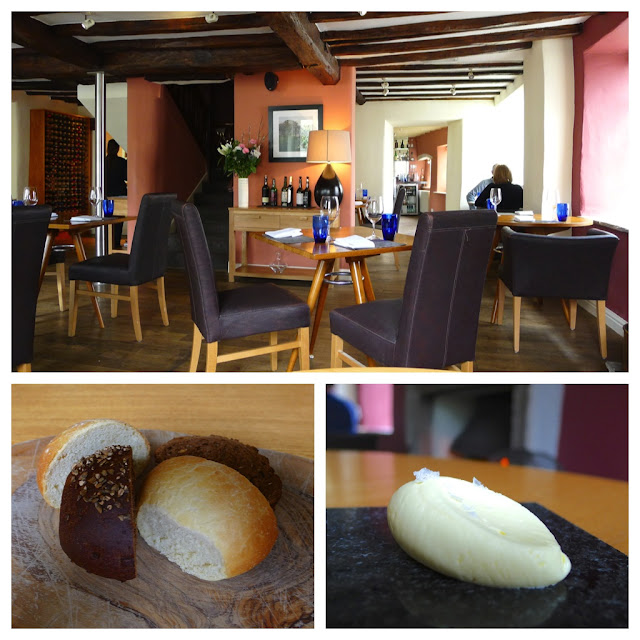 Rogan & Co offers a 3 course set lunch for £29.50 and a 3 course à la Carte for £38.50. I intended to go for the higher priced menu but was attracted to many of the ingredients on the set lunch. The best restaurants are always flexible, so in the end I had the set menu, supplemented by an extra starter. (Please note, that the house kindly provided taster versions of popular menu items as an amuse bouche and pre dessert.) 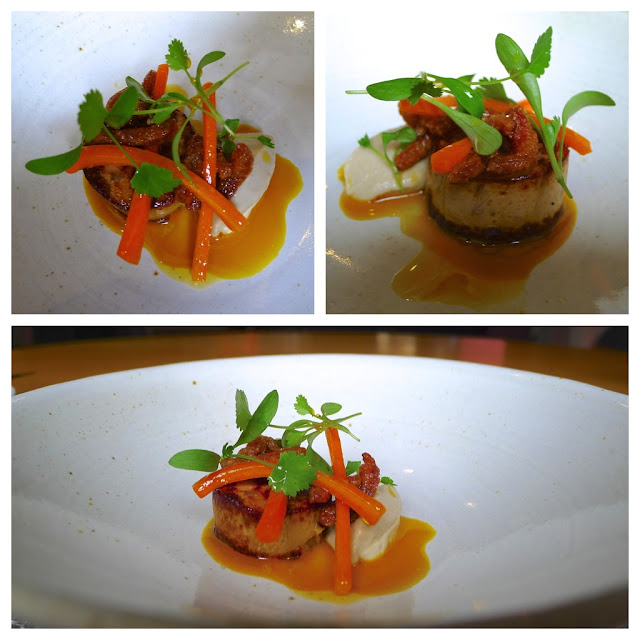 Amuse: Duck sausage, curry custard, carrot & scratchings - the duck sausage with foie gras was a beautifully crafted thing. The balance of spices and textures from the duck scratchings and carrots made this an especially enjoyable dish. 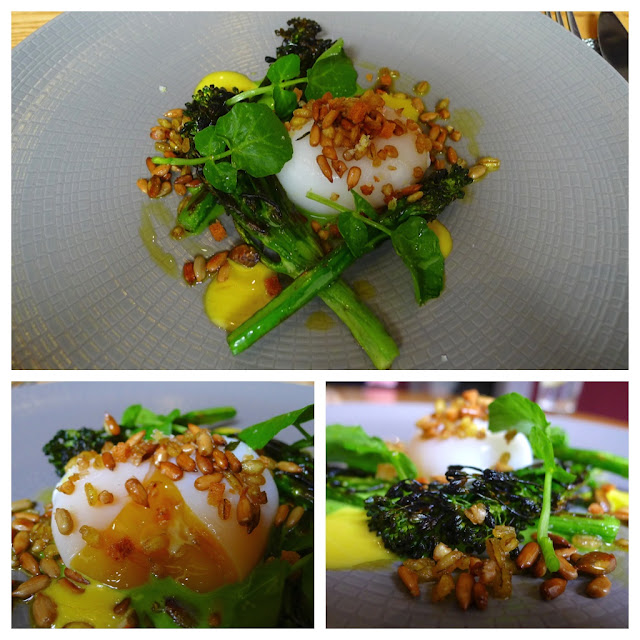 Slow cooked duck egg, barbeque broccoli, buckwheat & watercress – this was my favourite dish. The charred broccoli florets (versions of which often feature on many of Simon Rogan’s menus) are a stroke of genius. The rich, creamy duck egg with the bite of the buckwheat seeds made for an inspired combination. 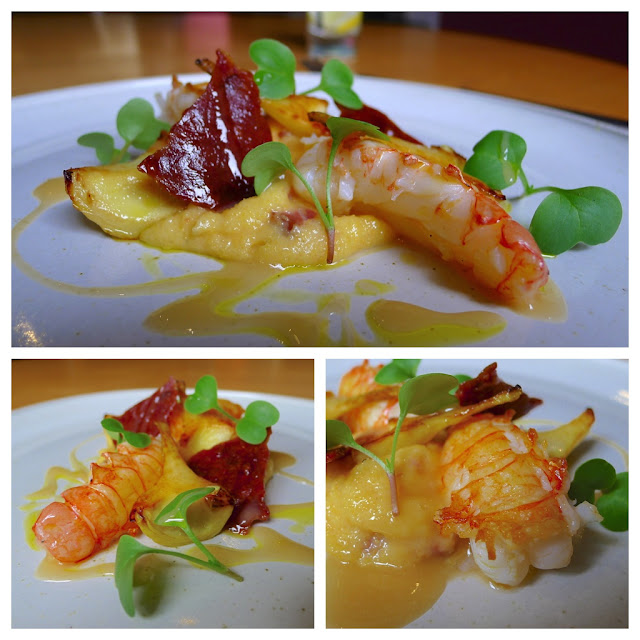 Grilled prawn, bacon polenta, artichokes & apple – though still enjoyable, this course was not as much of a winner for me. The prawns were exceptional and the bacon polenta was done well but I found the combination of almond oil, apple and bacon tuiles a little sweet for my taste (I’d have liked a bitter element on the dish.) 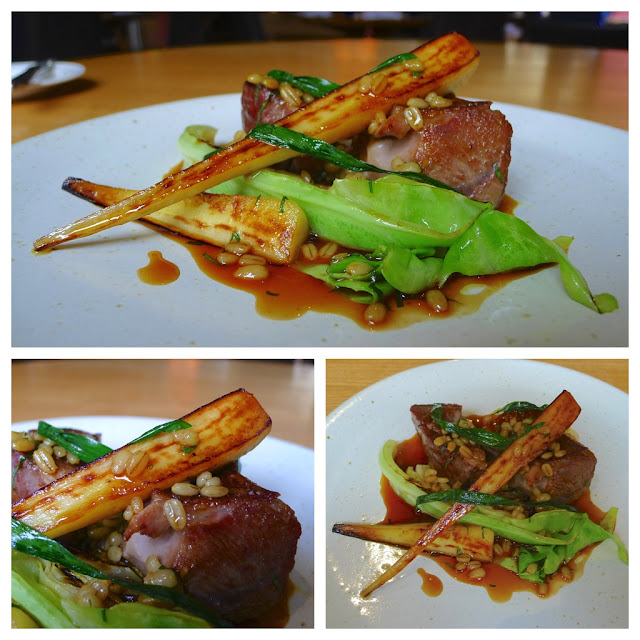 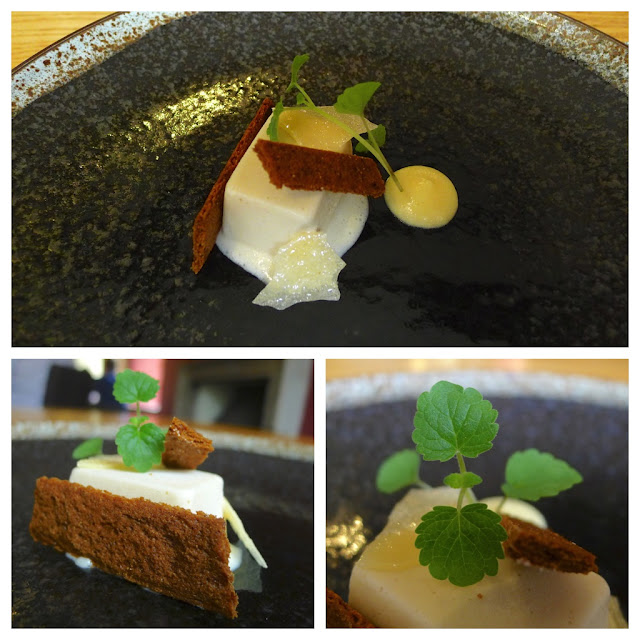 Pre dessert: Iced banana, ginger bread, ginger custard & yogurt – this dish was made special by the excellent gingery ginger bread and the deliciously sour yoghurt tuiles. (I remember loving them at L’Enclume a couple of years back).

Yorkshire rhubarb, buttermilk custard & granola – related to a similar dish on the current menu at The French, I have read comments saying that it’s a bit ‘breakfasty’; personally, I’d be happy to eat this dish over and over at any time of the day - a deliciously, light and fresh dessert.

Knowing the Red Guide’s capriciousness, on my blog, I rarely comment on restaurants’ likelihoods of winning or maintaining Michelin stars but as there are currently so many voices predicting stars for Simon Rogan in Manchester, all I’ll say is that it would certainly not surprise me if Danielle Barry helped to add another here too.