An evening that can best be described as two gutter balls and a strike.

Let’s start at the beginning - my youngest stepdaughter has recently graduated from University, qualifying as a Mental Health Nurse. To celebrate, my wife asked me to find somewhere with the stipulations that she wanted low carb and somewhere 'nice' but not too formal as we'd be meeting 'the boyfriend' for the first time (and apparently he was not a 'formal' type of guy... this was going to be interesting!)

Plans made, my wife and stepdaughter were to go into Manchester during the day to treat and pamper themselves, before going for drinks at Épernay Champagne Bar - I would meet them after work (and the ‘bf’ later join us at the Restaurant Bar & Grill).

By the time I got to the Épernay, they had both necked a glass of Billetcart-Salmon Rosé and were polishing off a bottle of Bollinger Grande Année - but they didn't look happy.

They were perched at the top of the stairs on a small, cheap looking faux leather settee and I was inclined to agree with them when they noted that the place was a little bit grotty.

I'm not a snob... I have no problem with 'a little bit grotty' but I do despair when places do not live up to expectation. "Drink up," I said, "I've got an idea." 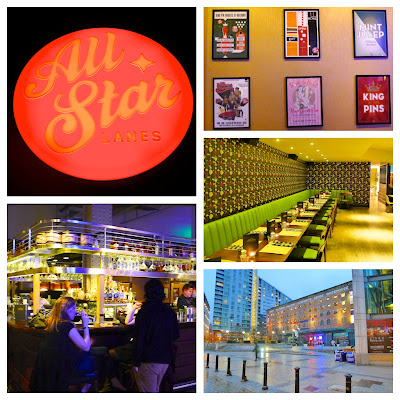 They downed the rest of the bottle and, despite my wife's grumblings, we made out way to the new All Star Lanes, nearby.

Wearing a Vivienne Westwood dress, a pair of Louboutin’s and having just had her hair and nails done in Harvey Nicks, there was no way my wife was was going to bowl - but when I pointed out the comfy booths and cocktail menu she started to soften. 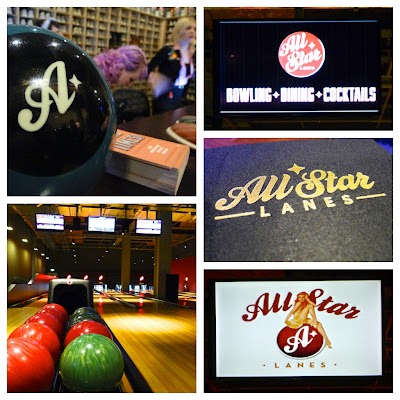 My stepdaughter and I were keen to “get our bowl on” - it was still early (about 5ish) so we managed to get a lane. Of course, we still had the booking for Restaurant Bar & Grill so I just asked for a "look" at the menu, purely for "research, for another day".

Having looked at the menu, it seemed rude not to order a couple of bar snacks - we got our game underway and the food soon arrived… “Hello Good Times!” 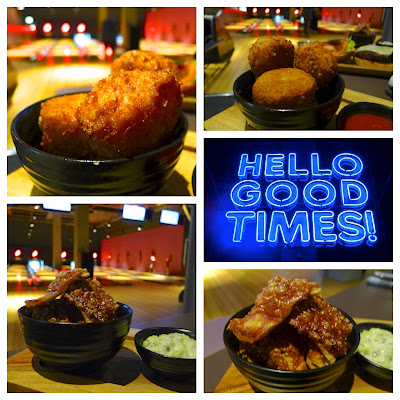 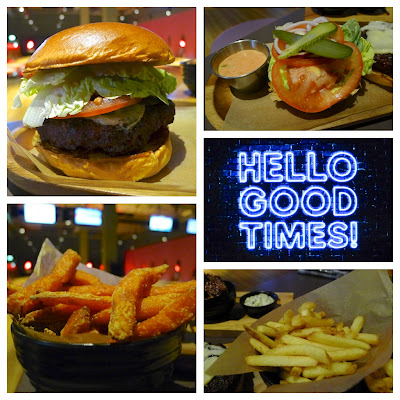 The staff at All Star Lanes were great; the food was better than expected and the venue was cool. We will definitely be back.... “Strike!”

Onto, the Restaurant Bar & Grill - By this time, my stepdaughter had received a message from the ‘boyfriend’ to say he couldn't make it (they've since split up and we never did meet him) but we had already had a great time bowling so this didn't seem to bother her too much. 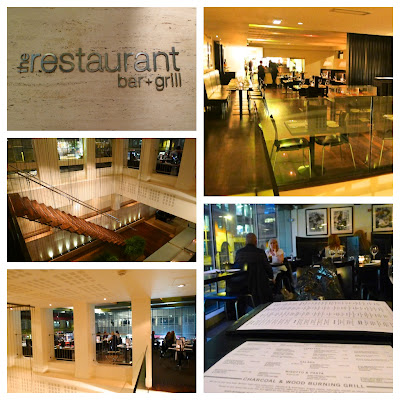 Épernay a distant memory, some good grub at the restaurant would be the icing on the cake of a fab evening. Sadly, ‘good grub’ was not what we got... at the time, feeling generous and in good spirits from the All Star experience; I described it as “decidedly average.” 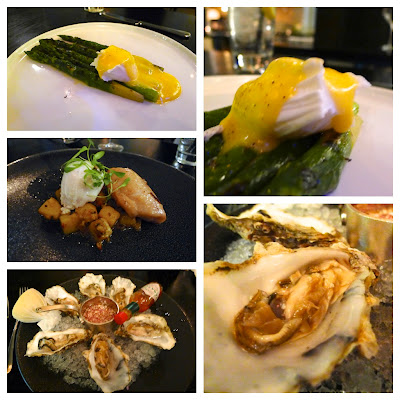 My wife and stepdaughter enjoyed their starters but my oysters were a bit sorry looking; were served without their liquor and were very gritty.

Wanting something lighter after my earlier 'snacks', for my main, I opted for the Tuna Au Poivre – ‘sashimi’ grade tuna loin, béarnaise sauce with hand cut chips which was pleasant enough. 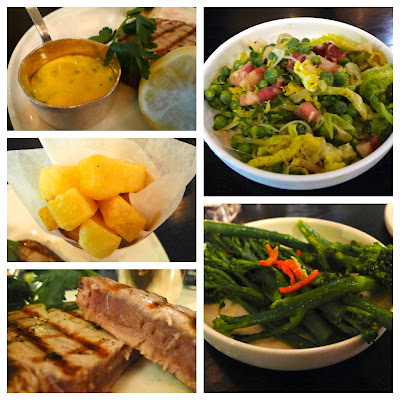 My side of Peas, spring cabbage & bacon was simple and tasty; but my side of Sprouting Broccoli with chilli & garlic was disappointingly served stone cold.

Restaurant Bar & Grill have an Inka Grill (one of the shiny new models). I've eaten food cooked on the Inka many, many times and know that they are a fabulous piece of kit. I also know that they are quite 'forgiving' (i.e. they do not need the most highly skilled chefs to get great results.)

Previously a bit of a burger or chicken dish fiend, my stepdaughter is quite new to steak – she ordered the 28day aged Fillet (to be served ‘medium’). To ‘educate her’, I suggested my wife order the Bone-in 35day aged Ribeye (requested rare) so that they could share and compare.

My wife’s ribeye came cooked to perfection on the Inka with that unmistakable flavour that comes from being cooked over coals. Disappointingly for my stepdaughter, as this was supposed to be her celebratory meal (but fortunately for me, as I ate it!) the fillet arrived equally, if not more, rare! We would have sent it back but, being British, prefer to vote with our feet. 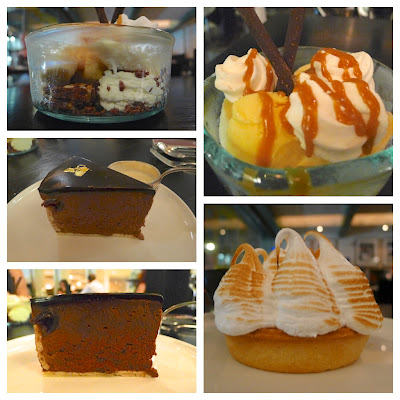 Our desserts were fine.

The planned parts of the evening were disappointing… but luckily it was salvaged by the unplanned trip to All Star Lanes.