The Shoulder of Mutton – Holcolmbe, Ramsbottom

When, last weekend, I forgot to set the heating to come on in the early hours and we woke up in an icebox, my wife asked me to, “Find a nice pub for lunch with a log fire that has good steaks.”

We had been intending to visit Chris Yates' highly acclaimed Shoulder of Mutton gastropub since it was voted ‘Food Pub of the Year 2012’ at the Manchester Food and Drink Awards. 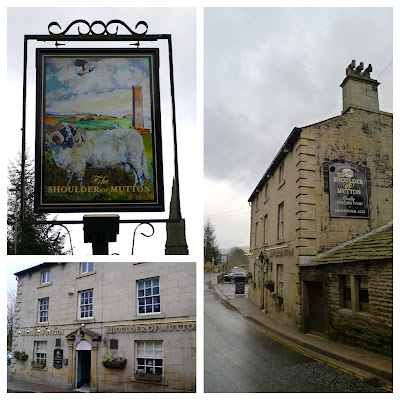 The menu on their website (see here) informed me that they serve locally sourced 32 day dry aged steaks but I was not 100% sure whether they had a fire or not. A quick Google drew a blank so I went to my back-up plan for when I want to find something out and asked Twitter. 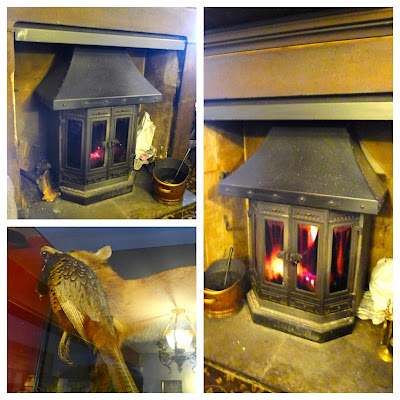 As usual, Twitter came up trumps. A tweet, complete with picture of the fireplace, from Chef / Proprietor @chefcyates himself informed us that he'd reserve us a table by the fire and that they had Chateaubriands on the menu… we were sold - five minutes later we were in the car whizzing around the M60.

We don't often travel from our Cheshire base to that part of Greater Manchester but we were pleased to discover that Rammy* (as the locals know it) is quicker easier to get to via the M66 than I expected - this newfound knowledge has opened up a whole range of exciting new places to try! (*Don’t read the ‘Rammy’ entry on Urban Dictionary (here) as it’s not in anyway funny or remotely true.) 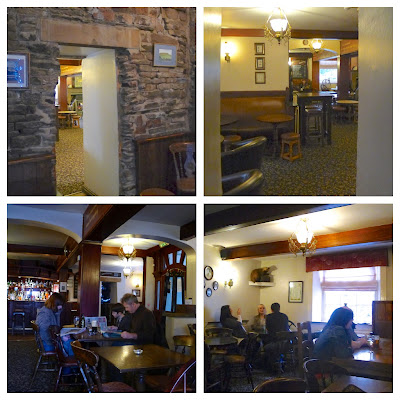 Before taking over and winning Newcomer of the Year in the Great British Pub Awards, Chris Yates trained under local super-chef Andrew Nutter and was a 2009 Gordon Ramsay Scholarship finalist.

Built in 1751, the traditional country pub, popular with walkers, cyclists, twitchers and huntsmen sits on the steep inclines of Holcome Moor below the ‘Peel Power’ on Harcles Hill. 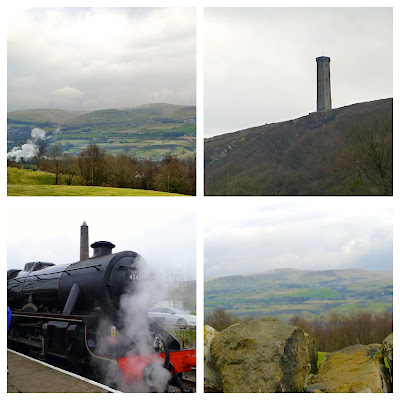 The tower is dedicated to Ramsbottom born Sir Robert Peel who, as well as serving as Prime Minister twice, famously started the Metropolitan Police force (giving rise to their nicknames of Bobbies or Peelers) and, perhaps, less famously first bred the Tamworth Pig. 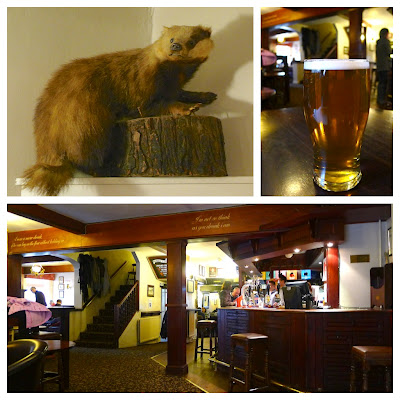 As my car’s little 1-litre engine chugged up the steep hill, it started to snow (lightly). Great timing as it made the roaring fire all the more welcoming – we were also greeted by the Chef's brother, who as well as his role as official fire master, added to the pub's friendly family atmosphere. 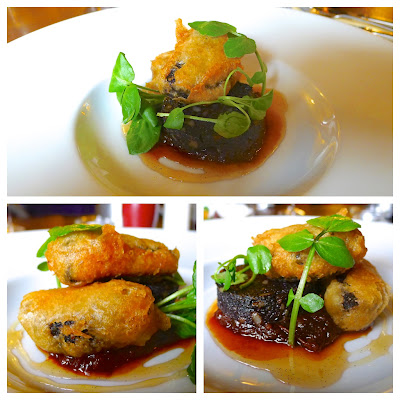 A thick slice of pudding was topped with a further two lightly battered pieces; these were served with a deliciously spiced apple, calvados & paprika chutney and a sweet Old-English Cider reduction with fresh watercress. The balance of richness, seasonings, spice, sweetness and textures were spot-on. 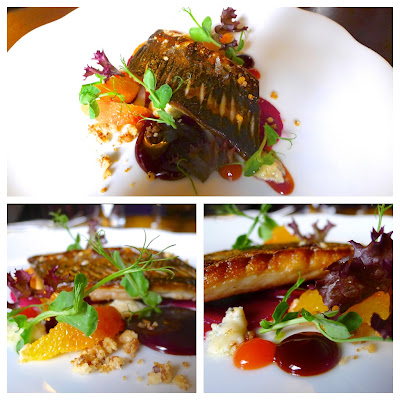 My wife selected the Roasted Fillet of Mackerel starter. With orange and beetroot, it looked to me as though it this dish would be too sweet for my taste but Chris had balanced these favours well with the natural oiliness of the fish, walnuts and seasoning from the blue cheese. 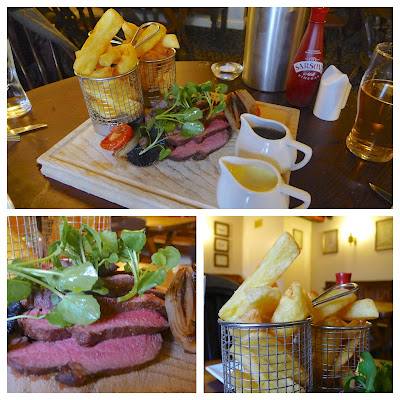 Part of my brief for the day had been to find a pub with a log fire; the other requirement was for a ‘good’ steak… the perfectly cooked Chateaubriand was certainly better than just good! 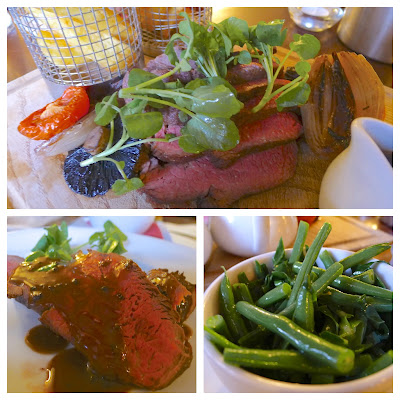 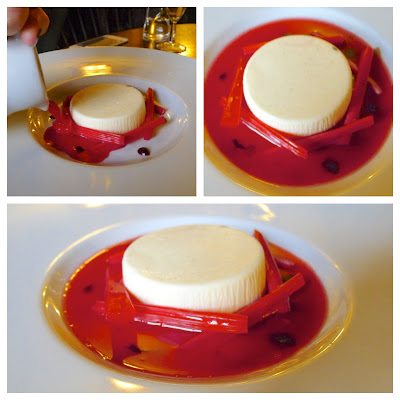 My wife went for the Vanilla Pannacotta. She thought the vanilla flavour could’ve been a little more prominent but loved the accompanying poached rhubarb along with the chilled rhubarb soup. 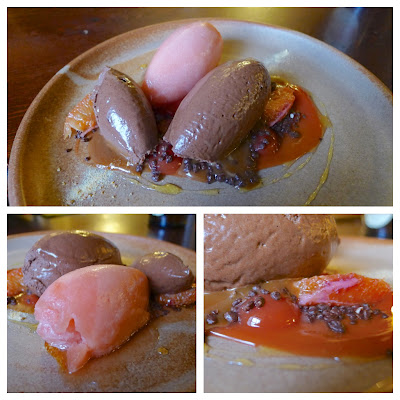 The Rich Chocolate Mousse with textures of orange, chocolate crumble & salted caramel was my choice for dessert. It may have looked quite simple on the plate but the flavours were immense – I’ll definitely order it again if it’s still on the menu when I return.

Please note, that thanks to the aforementioned involvement of Twitter Chef Yates was expecting us and friend, fellow Boltonite and restaurateur @sausagemaking had urged him to ‘look after us’. Kindly, the desserts were deducted from the bill which whilst greatly appreciated wasn’t expected and hasn’t affected the positivity of this piece.