Preview: The French by Simon Rogan at The Midland Hotel

Throughout history, Manchester has been at the forefront and has shown excellence in many industrial, scientific, cultural, musical, educational, political, sporting and astronomical fields... but with regards to gastronomy, it's been a long time since Manchester has been in the driving seat - perhaps that is all about to change?

Anyone who knows a little history of the city's grande dame Midland Hotel will be aware that in 1904, Mr Rolls met Mr Royce - a meeting which gave birth to a partnership that to this day remains synonymous with excellence and quality.

Let me introduce you to Mr Reid and Mr Rogan.

Mr Rogan is another name, synonymous with excellence. Michelin stars are widely regarded as the Rolls Royce of culinary awards and Simon Rogan at his L'Enclume restaurant (see here) has two of them. 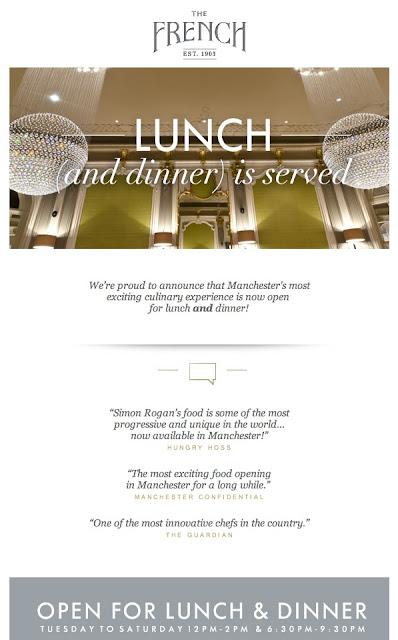 Their aim is to bring Michelin stars back to The Midland (The French was amongst the first restaurants in the country to receive such an accolade when the UK guide was first published in 1974.)

Having, been eagerly awaiting (for what I believe is most exciting thing to happen food-wise in Manchester for a very long time), I am booked in (as a paying customer) for opening night on the 12th March - for this post however, I was lucky enough to be invited to a friends, family and press 'soft launch'.

As in The Critical Couple's post (here), Simon suggested that I just write a 'teaser' - saving some details as a surprise for customers (me included) for the official opening.

So, if you are eager to find out how 'The French by Simon Rogan' has evolved you may have to wait a little longer (or piece together clues and pictures from various tweets @TheFrenchSR and press releases.)

If you want a hint as to the décor, you could start by logging onto the Rolls Royce website (here) - on the 'configurator', select your Phantom and a two tone paint scheme of Woodland Green and Platinum. For the interior woodwork, a light Brown Oak veneer and a Light Crème and Moccasin leather. 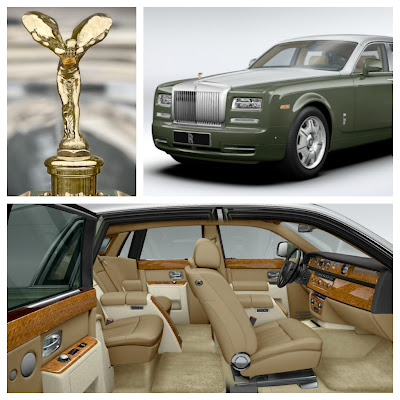 You will find that 'your' Rolls Royce is now not too dissimilar from the new French by Simon Rogan - both will bring you the perfect synergy between old school grandeur and opulence and modern, luxurious comfort.

One more thing... do make sure you add a golden touch by selecting the gold plated Spirit of Ecstasy.

Whilst the outside of the Roller may remain sympathetic to its classical roots, the direct-injection V12 engine makes use of some of the most advanced motoring technology available.

Likewise, in the kitchen engine of The French, Reid Rogan will use state of the art cooking techniques to bring diners classically elegant food; sourced, prepared and presented with a fresh modern approach. Simon Rogan's food is some of the most progressive and unique in the world… now available in Manchester!