Annies is a new(ish) restaurant located on Old Bank Street, which connects St Ann's Square with Cross St. You may have heard of Annies because a famous soap star apparently owns it. (A colleague tells me that the owner is ‘Fizz’ - whom I seem to have a vague recollection of as being the fit one from Eldorado.) 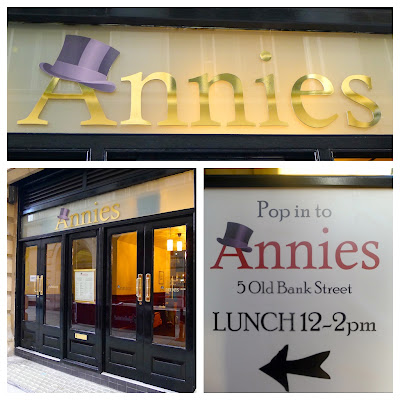 Soap actors that have gone onto to ‘star’ in reality TV shows haven't come across the best in recent years - I'm thinking Bet Lynch on Celebrity Big Brother and the old one from Loose Women who liked getting her norks out in the hot tub and, most latterly, the scaredy one on the  ‘Get Me Out Of The Jungle’ series.

Soap Stars that go into restaurant biz, it seems, are a good thing? The excellent Parlour in Chorlton (see here) and Castle Hotel in the NQ are both co-owned by a fella once on Corrie. 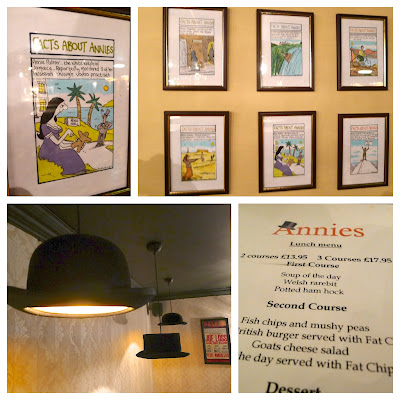 Annies too is a lovely space - the upstairs bar and lounge area features plush comfy seats in red, tans and leather. A great place to chill and take a load off whilst out shopping. The longue seating continues downstairs.

The lower floor also boasts a bar and the more formal restaurant space - imagine a Wetherspoons but with a few funky touches: bowler and top hats made into lampshades; Lowry prints and various 'luvvie' posters and frames containing information on famous Annies. 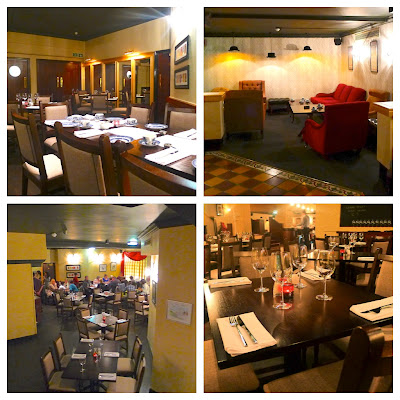 The first to arrive for lunch, I was swiftly presented with the set menu (the only option between 12 & 2pm). The menu featured 'homely classics' with a choice of 3 starters, 4 mains and 3 desserts.

The soup of the day was ‘Tomato’ which further hinted that they prefer to keep things simple and traditional. The other options were Welsh Rarebit or Ham Hock. I fancied the ham but was told they were out so I plumped for the rarebit. 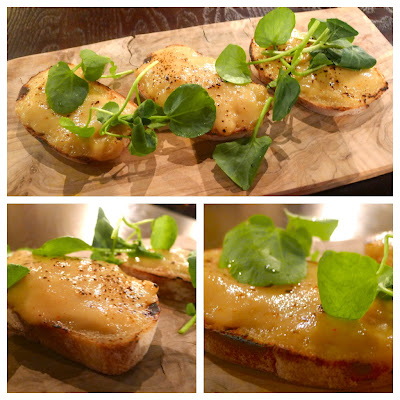 What irked slightly was that the next table of customers were informed that there was no hock available and that the alternate option was black pudding spring rolls - I don't know why I wasn't privy to this information.

Never mind, the rarebit soon arrived and it was very tasty. A decent Lancashire cheese and nicely spiced. 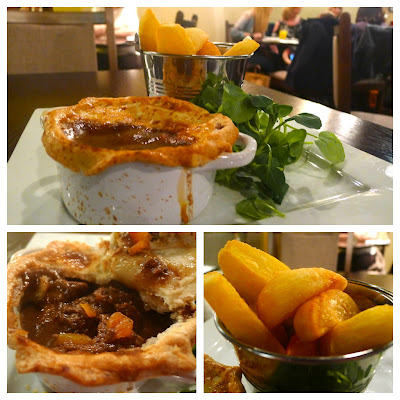 The restaurant soon filled up with many a lady that lunches – and my Steak & Ale Pie arrived. More homely fayre – my mum’s is better but I’ve had worse. They’re not going to win any awards here for food but it was on a par with a good average pub. Nothing was ‘incorrect’ – it was just basic. The chips were decent.

Looking around the room, the Fish & chips looked good and were a popular choice.

I decided against a dessert - I wish, in true soap style, I could leave on a dramatic cliffhanger… the best I can do is to say I may go back for the Fish & Chips... to be continued?