The aisles in the shops are red with hearts and rose themed tat and singletons are blue – this can only mean one thing… Valentine’s Day is on its way!

My inbox and twitter timeline are full of restaurant ‘offers’ (some exceptional value; others exorbitant). Luckily, like last year, my wife and I managed to bag a table at Marc Wilkinson’s Michelin starred Fraiche (see here).

Re. love - I’m a firm believer in love at first sight… I met my wife in an Internet chat room on the 25th February 2000 (A leap year!) Four days later on the 29th she took her chance and proposed!

It’s taking me a little longer to fall in love with Umezushi… but I’m certainly growing fonder. 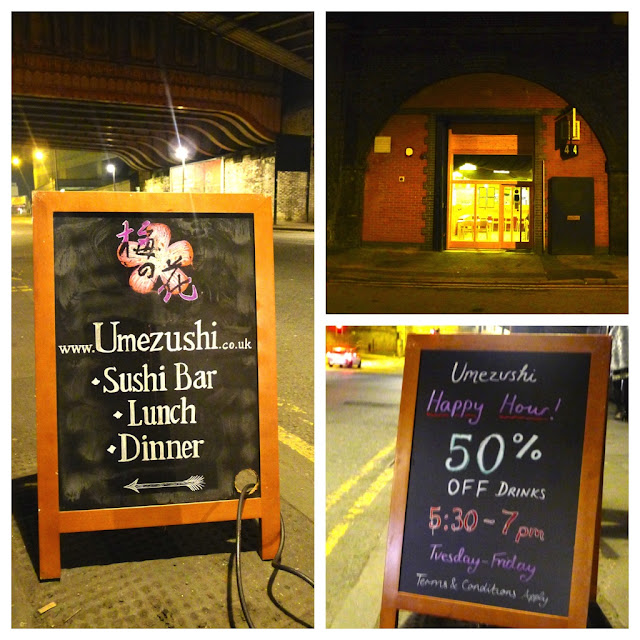 After my first visit to Umezuzhi (see here) I was not exactly running down the street clicking my heels, blowing kisses to all I met or shouting from the rooftops but I vowed to give it another go.

I revisited for lunch just before Christmas and was impressed enough to take my wife along to sample the ‘Tasting Menu’.

The House Pickles were less acidic and much more palatable than on my last visit. 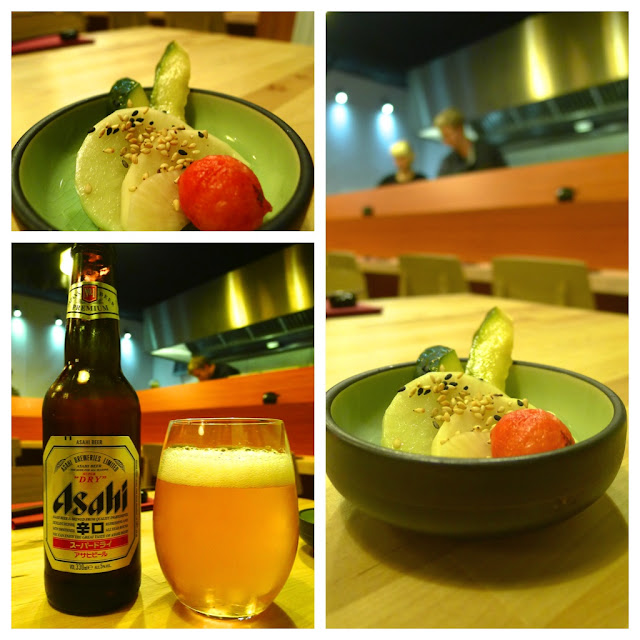 On my last post, my main gripe related to the quality (seasoning) of the rice. This too seemed to have been improved. 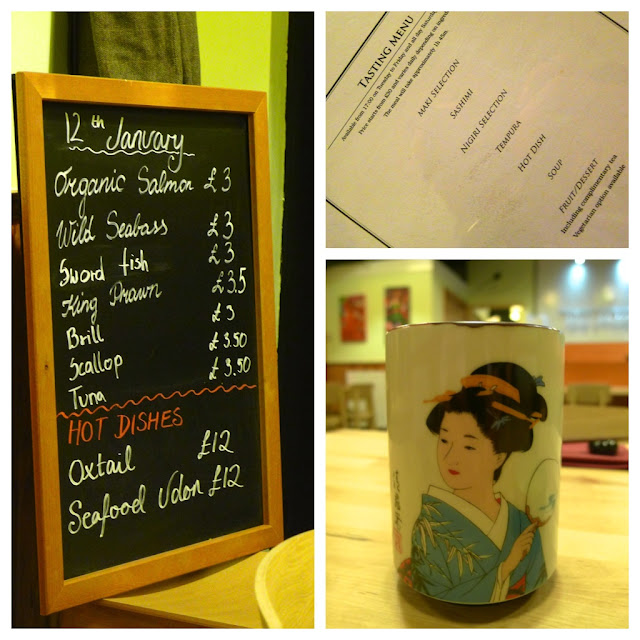 Without the luxury of access to daily deliveries from Tsukiji Market, many sushi joints in the UK struggle to get the quality of sashimi grade fish that they would like. I know Umezushi are constantly striving to get the best fish they can and this shows in the quality on offer. 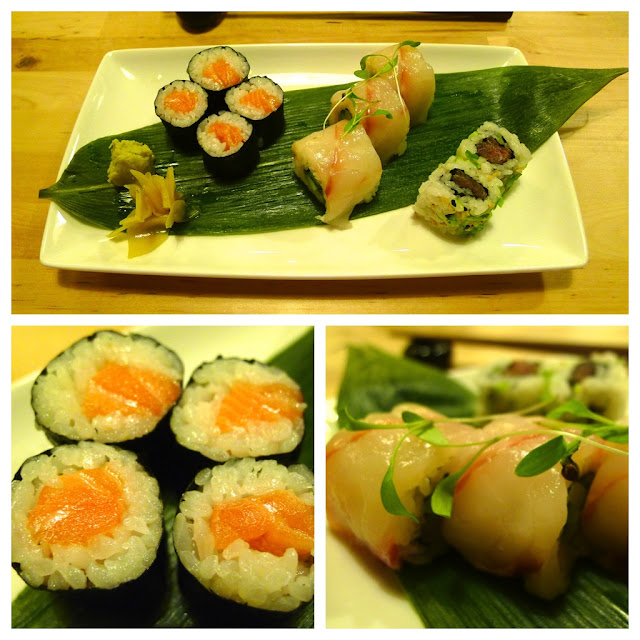 The Maki Selection (Salmon Hosomaki, Cucumber Uramaki with Sea bass on the outside and Tuna Uramaki) was fresh and well formed. It’s also good to see decent wasabi that is not a lurid green and gari (ginger) that’s not artificially pink. 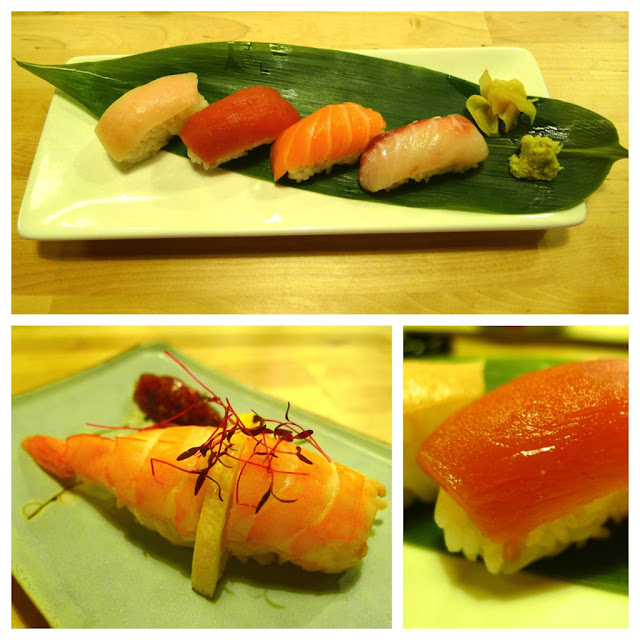 The Nigiri Selection (Brill, Salmon, Tuna and Sea bass) was also pleasant and attractively presented. The Prawn Nigiri, which arrived after the main selection was plump, firm and beautiful, served intersected by a slice of lemon. 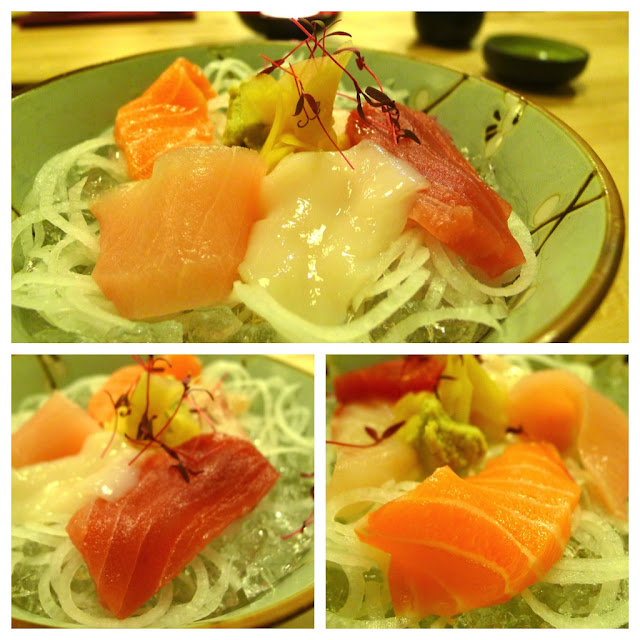 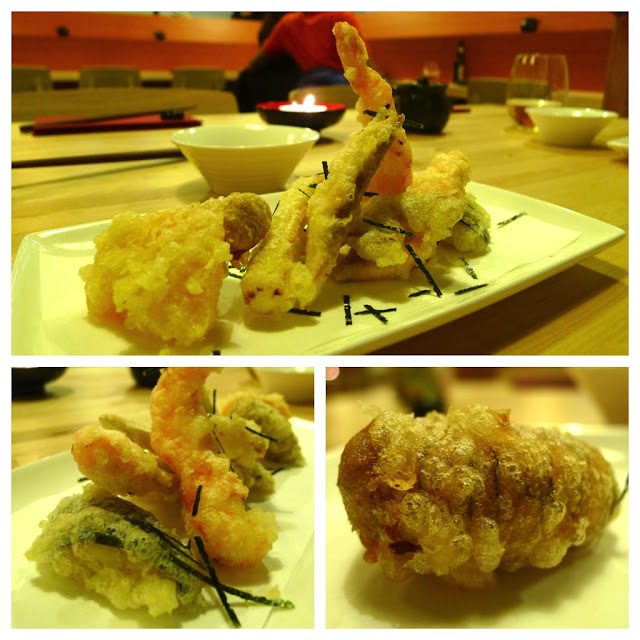 Where Umezushi really excels is with its Tempura – some of the lightest, crispiest batter I’ve had. It was particularly pleasing to be served Sea bass roe. 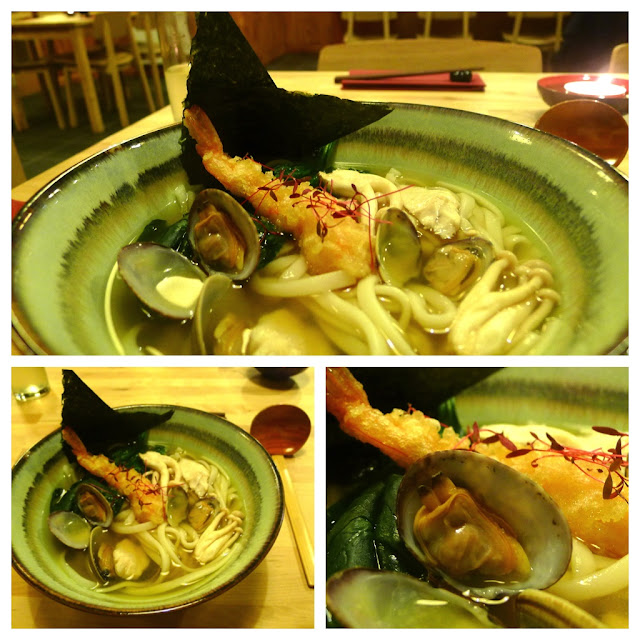 The Hot Dish was a little disappointing. Firstly, the specials board listed two hot dishes for the day, a Seafood Udon and an Oxtail dish - following the previous fish dishes it would have been nice to have had the meat option. I suppose we could have requested it but ‘Tasting Menus’ are supposed to be an opportunity for chefs to showcase their food and creativity. As such, tasting menus are typically are made up with several ‘smaller dishes’ – the Seafood Udon was a rather large potion, which jarred in the overall scheme of things. Separately to this, we found the noodles to be a little rubbery and the batter on tempura prawn turned into unpleasant ‘sog’. 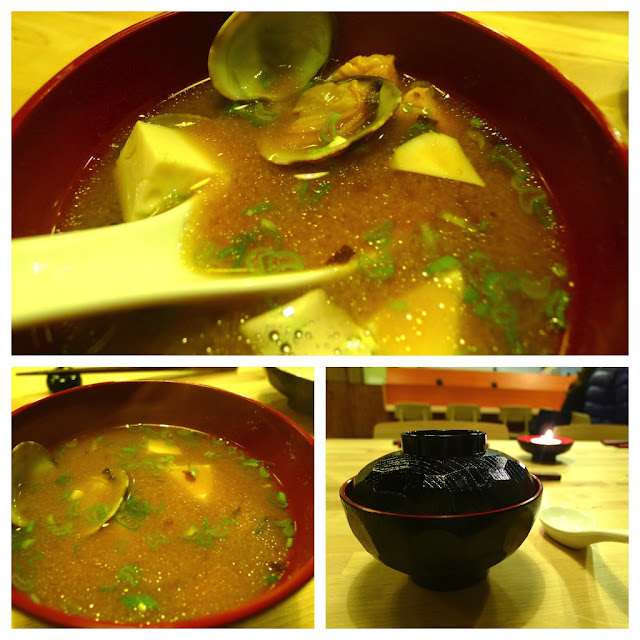 The Miso Soup was very rich and tasty. 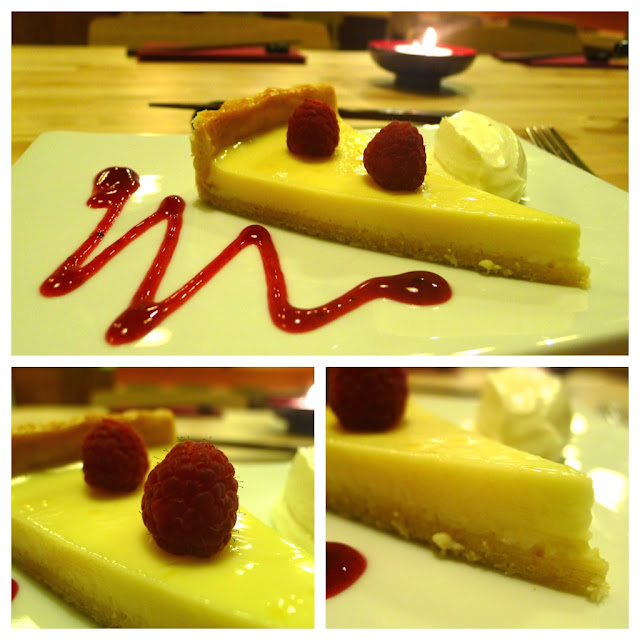 The Fruit / Dessert aka slice of bought-in lemon tart with a couple of raspberries was a real let down for us - the pastry base was just claggy and unpleasant to eat. I just couldn’t eat it and I hate to leave food uneaten! A simple serving of a green tea ice-cream with some fruit would perhaps have been more of a fitting end.

For a simple love of the Tempura and some of the best sushi in Manchester, I’m certain to return to Umezushi. The Tasting menu however, did not win my heart.