Since 9/11, if you walk past the Saudi Arabian Embassy in Mayfair you will be confronted by a couple of Heckler & Koch semi-automatic carbine wielding Police officers in Kevlar vests.

Prior to 9/11 the exterior of Embassy was once guarded by a lone figure armed with nothing but a two-way radio and a Maglite… yours truly! (Although I did work alongside Saudi Special Forces and the occasional armed bodyguard of some dignitary or another – I’d tell you more, but I’d probably have to kill you.) 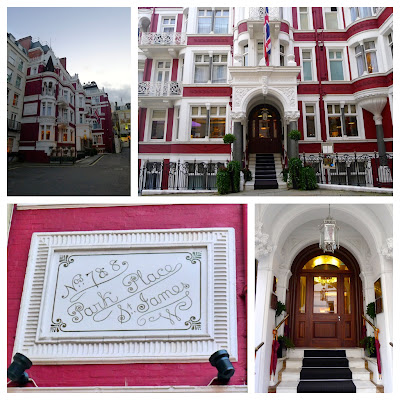 One of my more memorable moments was sharing a 'Do you know who I am moment?' with TV's Michael Parkinson who had pulled over on a double red line outside the diplomatic entrance.

Since those days, I've had a strong affection for the area around Mayfair - in my lunch hours, I'd often get a falafel from the charming Shepherd Market (see here) and take a stroll to Hyde Park, Green Park or St James. 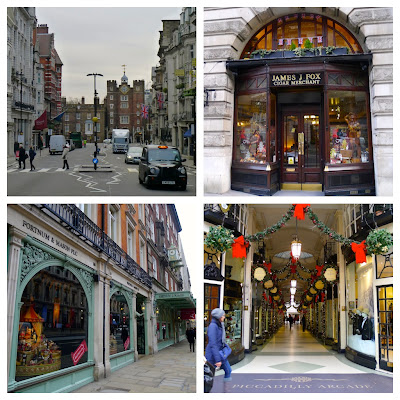 It has always been a dream of mine to live in Mayfair or St James but have had to settle on making the area my home for the week of my gourmet trip to the capital. For me, since discovering that the 5* St James' Hotel and Club on Park Place now has a Michelin starred restaurant on the premises there was no better choice of place to stay. 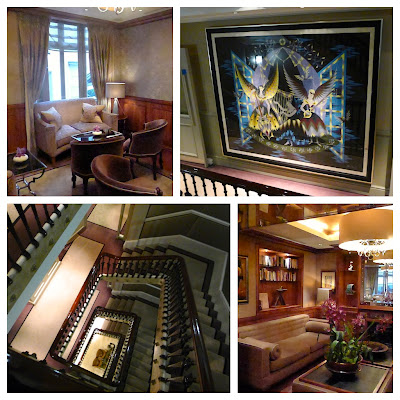 The restaurant at St James' Hotel and Club, Seven Park Place is overseen by William Drabble - a Liverpudlian chef who trained under the legendary Nico Ladenis. He also worked alongside Tom Aikens and, fellow Liverpudlian, Aiden Byrne and at Pied a Terre before retaining a Michelin star for ten years at Aubergine in Chelsea. 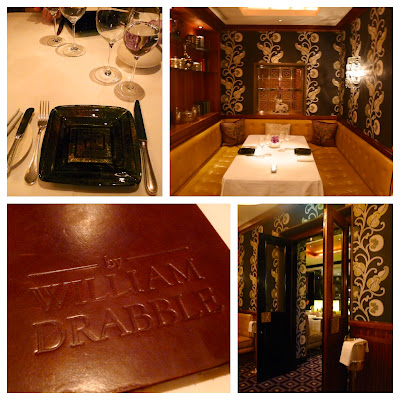 Please note that the third dish on the menu should have been ‘Poached tail of native lobster with cauliflower, truffle and lobster butter sauce’ but as they didn’t’ have any lobster tails (it was New Year’s Day) we were offered an alternative. We requested the pigeon dish from the à La Carte menu as Alan Spedding, who writes Cumbriafoodie had recommended we have it, should it be on the menu. 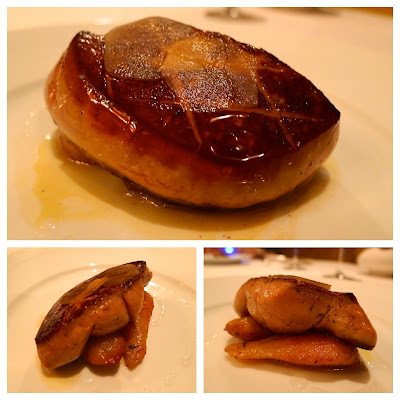 Seared hand dived scallops with braised celeriac puree, roast celeriac jus and streaky bacon: another strong dish - perfectly cooked scallop and a flavoursome puree. The one downside was that I found the bacon too grainy. 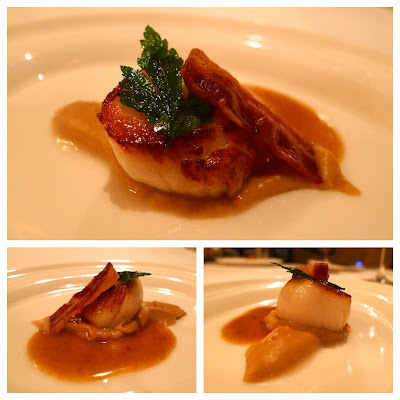 Boudin of wood pigeon with caramelised turnips and foie gras: massive thanks to Cumbriafoodie for the recommendation, for this was my favorite dish on the evening – lush, pink pigeon; a herb crust; foie gras; the salty crunch of crisped potatoes and the most wonderful rich glossy jus. These rich flavours were all buoyed by the subtle sweetness of the turnips. 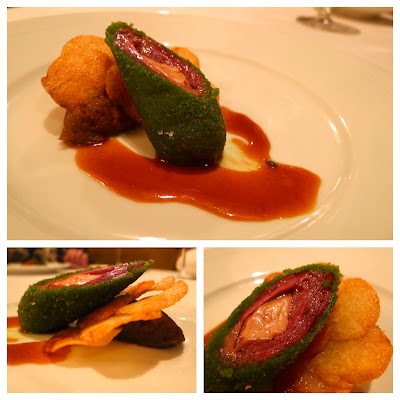 Griddled fillet of sea bass with braised Jerusalem artichokes, mushrooms, parsley puree and red wine jus: sadly, this dish was a little disappointing – despite looking the part, the fish did not have a crispy skin and the whole thing came over a little bland. This was a surprise as the rest of the classic flavours on the menu were quite bold. The braised artichokes were very good. 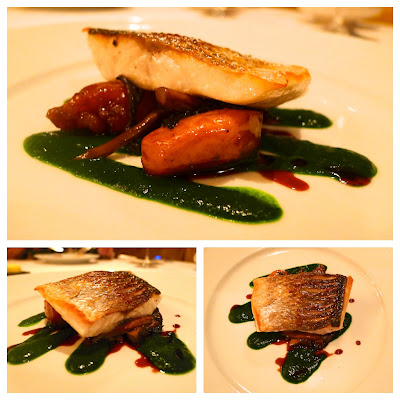 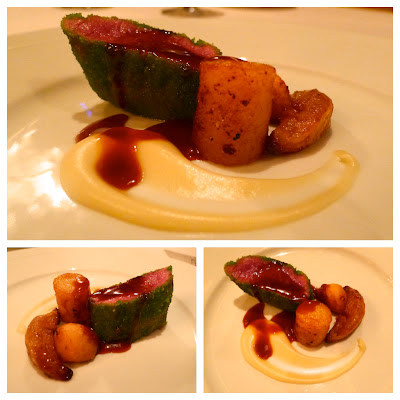 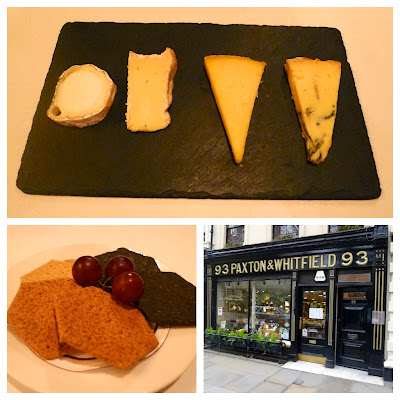 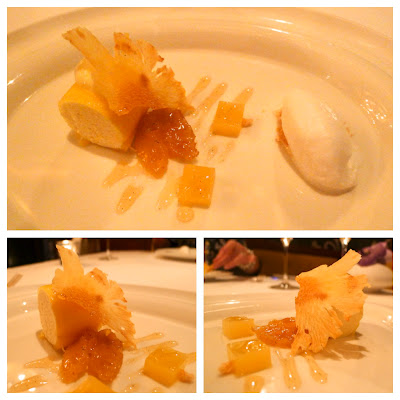 My wife still had the best part of a bottle of Sancerre to finish so, to pass the time, we discussed the merits of the meal and felt it strange that there was just one 'sweet offering' on the tasting menu - not even a little ‘pre dessert’ or ‘palate cleanser’ which is the 'expected' norm in most Michelin starred restaurants.

Only one thing for it, I asked the waiter for the à La Carte dessert menu and selected the Milk chocolate mousse with ginger bread spices, confit clementine and Salted caramel ice cream – and boy, I am glad I did… it was delicious. Salted caramel ice cream is very much in vogue at the moment and this was the best I have sampled. The mousse was light and chocolaty but it was the crunchy pan d'epices and burnt orange flavours from the confit clementine that really lifted the dish. 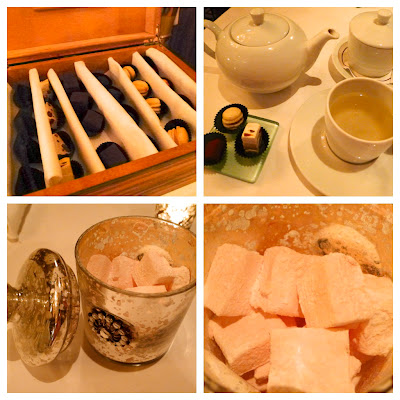 We would definitely stay at St James’ Hotel & Club again and would love to eat more of William Drabble’s food.