Japanese food is my favourite. In this year’s MFDF Awards, Manchester’s finest Japanese restaurant Yuzu (see here) got my vote as ‘Restaurant of the Year’ – as you can imagine, when I heard that there was a new Sushi-Ya in town called Umezushi, I was super keen to try it out as soon as possible.

Tucked away in an archway on Mirabel Street, a short walk from Manchester’s Victoria Station, it has certainly been creating a bit of a buzz in Manchester’s foodie circles. 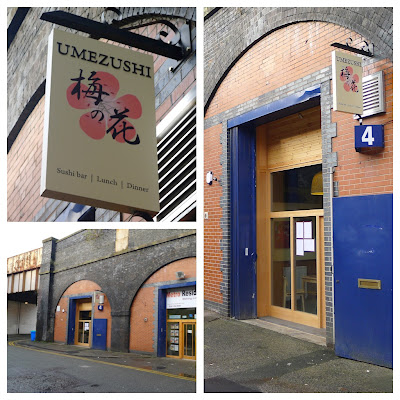 My first impressions of Umezushi were good (ish) - I liked the venue and the staff were welcoming. Although, arriving at 12:10 (they advertise opening at noon) I was told that they did not have any fish but were expecting a delivery in about twenty minutes or so. I understood this was out of their control but it was still a little annoying.

Thinking to myself that, assuming the delivery did indeed arrive on time, it would still need preparing, I decided to eat somewhere else and come back another day… at least I learned the fish are delivered fresh each day. 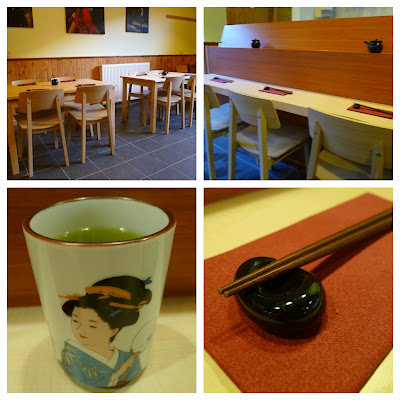 Fortunately, I managed to get back later in the week - again arriving at about ten past twelve. This time the fish had already arrived but I was told they weren’t open as the chef wasn’t ready. I stood outside in the cold for a few minutes before it was suggested that maybe I’d like to wait inside with a drink.

Even after two slightly ‘dodgy’ starts, if the food was good all would be forgiven.

It’s worth noting that they had been open for just a few weeks and had only been hooked up to the gas supply the week before. The chef who has previously worked in Manchester’s Samsi and The Mark Addy is developing the menu, especially the hot dishes.

Sadly, the food, on the whole, did not impress. Some elements were good; others fell short of the mark for me. 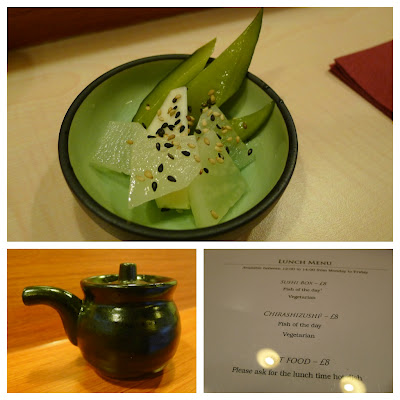 The first thing I was presented with were the house-made pickles. I love a pickle and these were crisp and fresh but far too harshly acidic for my liking.

From of the Lunch Menu, I ordered the ‘Fish of the Day’ Sushi Box and the day’s ‘Hot Dish’. 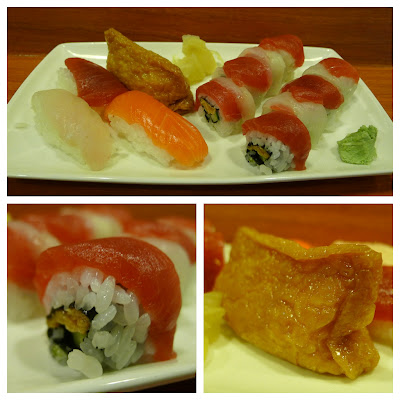 The fish on the day of my visit were Brill, Tuna and Sea Trout. Purists may have some concerns about the way it had been cut and prepared but it was as fresh as you can get and I know they are interested in continuing to source reliable suppliers.

Each of the fish was presented as a ‘Nigiri’, along with an  ‘Inari-sushi’ and a ‘Rainbow Roll Uramaki’ with brill and tuna with an inari and cucumber centre. What let it down for me was the rice. 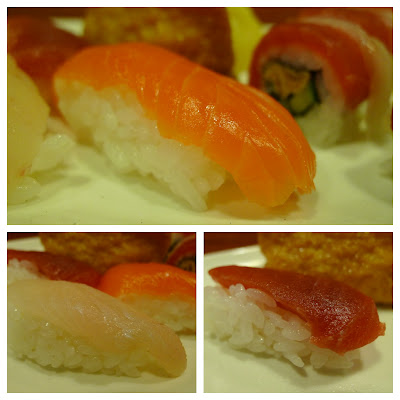 Criticising the rice may seem like a pernickety thing to do but rice is so central to Japanese cuisine. So important in fact, that the words for ‘meal’ in Japan are the same as the words for cooked plain rice, ‘gohan’ and ‘meshi’.

As well as rice with almost every main meal, Japanese people will often eat rice for breakfast in dishes such as ‘Tamago kake gohan’ consisting of raw egg mixed with boiled rice; rice as snacks, such as ‘senbei’ ‘beika’ and ‘arare’; as ‘wagashi’ for desserts like ‘mochi’; when they are ill, in congees such as ‘kayu’, ‘okayu’ and ‘zōsui’ and even in drinks such as ‘genmaicha’ (toasted brown rice with green tea) and, of course, sake! 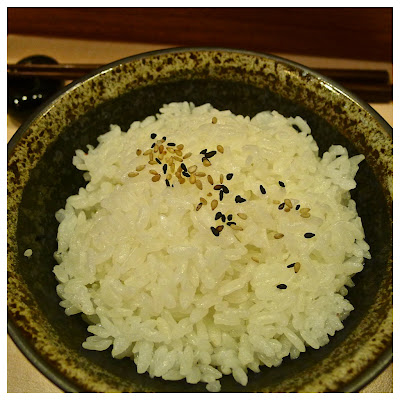 Fans of Japanese cuisine will know that ‘sashimi’ refers to raw fish and that ‘sushi’ actually translates as ‘sour tasting’, taking its name from ‘narezushi’ where fish are fermented by being wrapped in vinegared fermenting rice.

From these roots, the vinegared rice that is integral to Japanese cuisine is called ‘sushi-meshi’ (sushi rice). Perfect sushi meshi should be firm, slightly sticky with a gentle gloss from the seasoning. I found Umezushi’s rice lacked firmness; did not adhere well and seemed woefully devoid of the, all important, delicately balanced, sweetened rice vinegar seasoning. 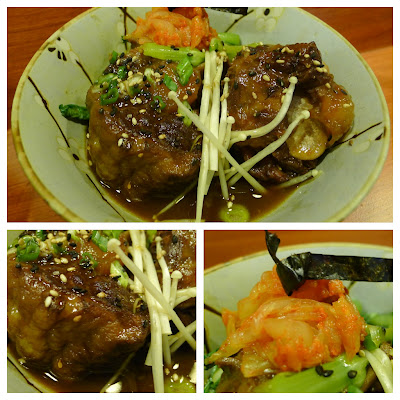 Rice aside, the hot dish was a little stronger. It consisted of meaty, unctuous hunks of oxtail braised in a dashi broth with beautiful enoki mushrooms. It was great to taste burdock (gobō) in the gravy along with a little juniper. Star anise was in there too.

In the UK, Kimchi is more commonly associated with Korean cuisine but the Japanese version, known as ‘kimuchi’, is a very popular accompaniment in Japan.

I so wanted to like Umezushi – after one visit though, I’m afraid the jury is still out for me. Although, to be fair, they are new so I am prepared to reserve my final judgment until I return in a few weeks time.