This has been a funny old Christmas for me. My wife works on a Mental Health Unit and, as Sister/Manager, showed willing by volunteering to work Christmas Eve, Christmas Day and Boxing Day.

With the majority of my relatives living abroad in Spain, Australia, South Africa and Singapore this left me (cue the violins)... ‘home alone’.

As such, I half hoped I’d get to spend the day fending off bumbling burglars with a series of booby traps.

Instead, I woke up to discover that Father Christmas hadn’t left any presents and spent the day on my Tod without even getting to pull a cracker! Maybe I hadn’t been a good boy? Or, perhaps it had something to do with the fact that I'd asked Santa for a gourmet trip to London in the New Year? 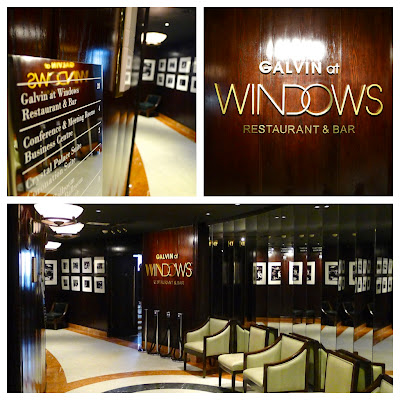 One of my gifts included a lunch at the Michelin starred Galvin at Windows on the 28th floor of the Hilton on Park Lane. 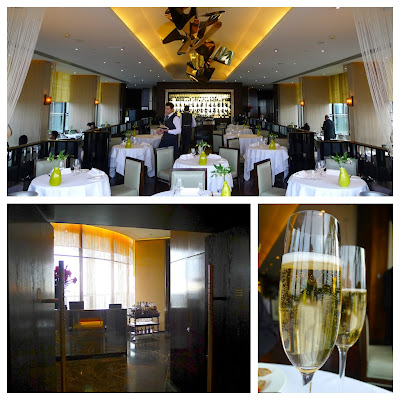 This was a meal that I had really been anticipating: A Roux Scholar who trained under the legendary Nico Ladenis, Head Chef André Garrett had impressed me during his appearances on Great British Menu. In addition, Fred Sirieix, who co-hosted the BBC2 series ‘Michel Roux’s Service’, presides over the impressive room. 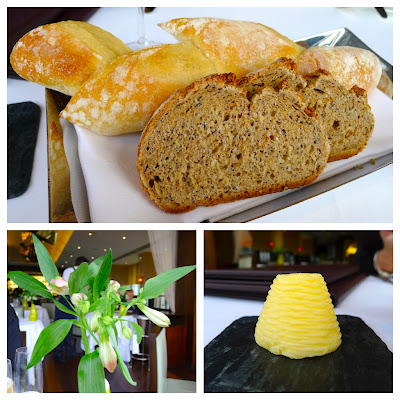 We opted for the exceptionally good value Set Lunch – three courses for £29 including the “Great Galvin Giveaway 2013” of a complimentary glass of Champagne and a coffee. 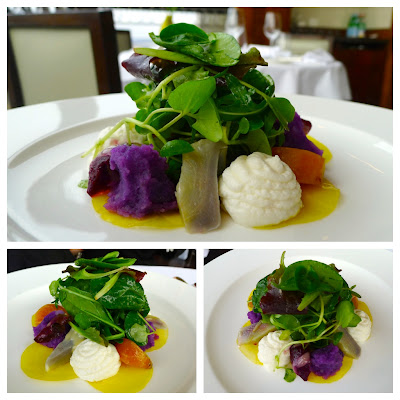 Salad of purple potatoes, artichokes, whipped goats curd & truffle mayonnaise – my wife selected this starter but gave me half of it; we both found it a little bland. I’d have appreciated a citrusy element of perhaps a tangier cheese. The mayonnaise seemed to have only had the faintest hint of truffle. 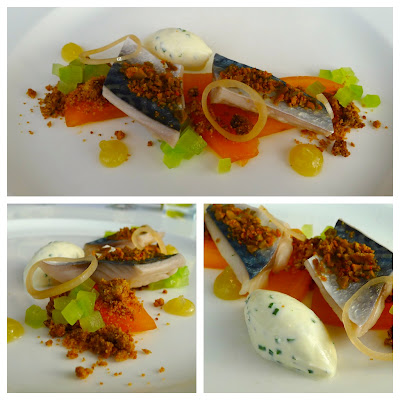 Pickled herring, Bergamot purée, persimmon, gordal olive crumble & rye – my starter was better. The herring was beautifully pickled with the perfect sharpness and the other components came together really well. The Bergamot purée was delightful – in my opinion, a much underused flavouring. 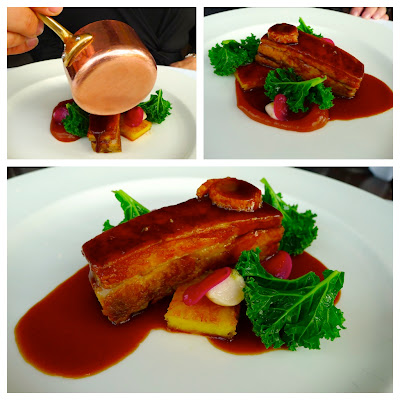 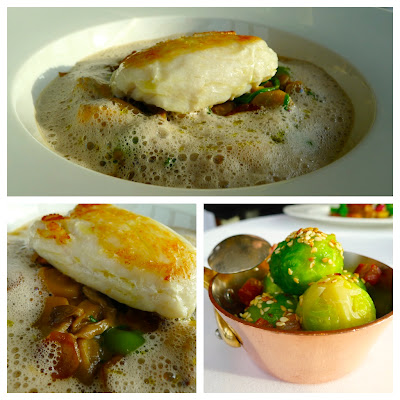 Roasted skate wing, ragoût of shellfish, oyster mushroom & salsify – this dish was very good. It was light but still wintery and full on flavour. Side: Brussel Sprouts, Pancetta and Sesame Seeds – to make our meal more Christmassy we ordered a side of sprouts for £5. They were good but at £1 each for a sprout, I’d expect them to be. (To be fair, the rest of the meal was such good value I didn’t mind paying over the odds for a sprout!) 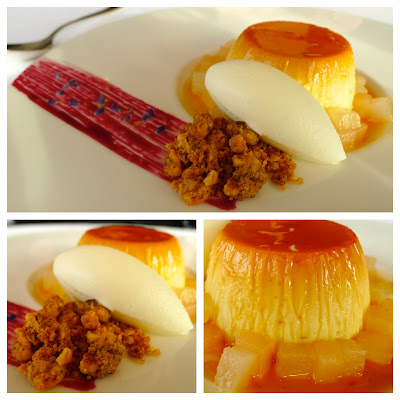 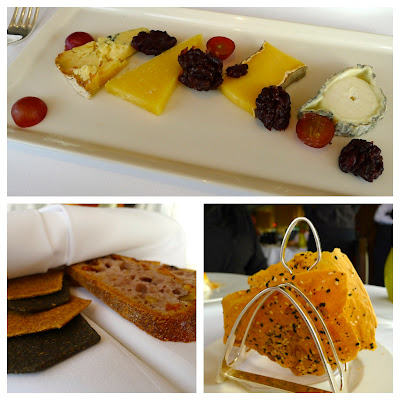 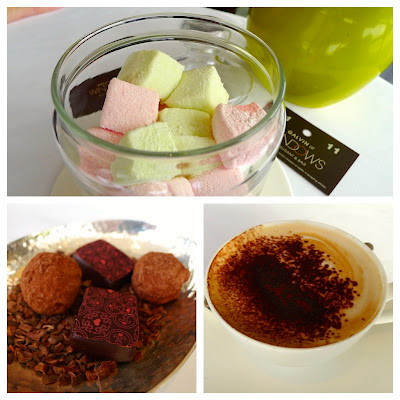 We were lucky enough to be given the best table in the house from which the views were as breathtaking as the meal itself. 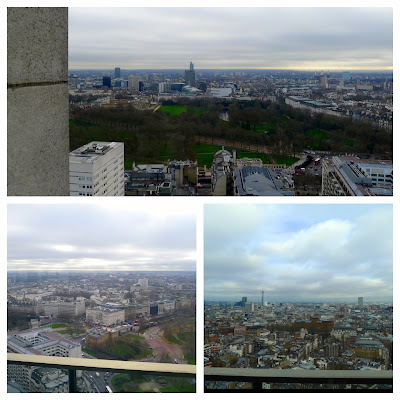 From our vantage point we could see down into the Queen’s back garden* up Park Lane and across London to Wembley Stadium. 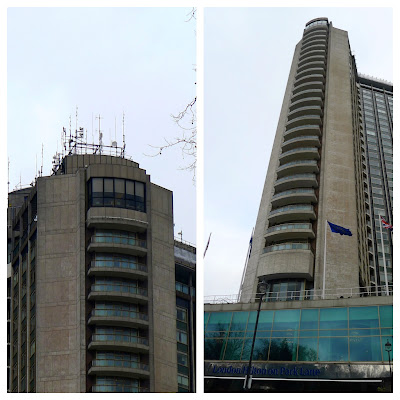 As we left the Hilton I took a photo of the building for the blog. The 1967 concrete construction is not widely regarded as amongst London’s finest moments of architecture. 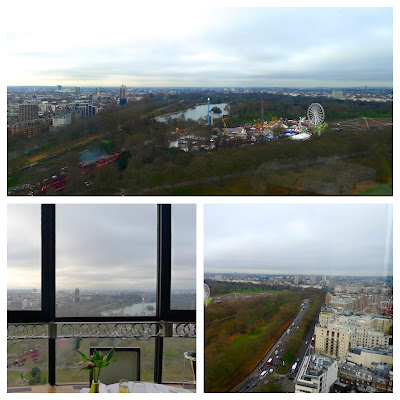 During the meal, I had tweeted a picture of the view to which @the_a_stevenson replied ‘Has Hyde Park been turned into some sort of lurid toytown?’ – I struck upon the great idea of going on the tall spinney ride to get a better picture. 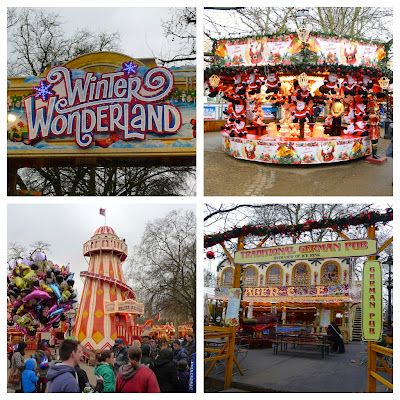 The ‘lurid toytown’ turned out to be ‘Winter Wonderland’ and it immediately made our trip feel festive! 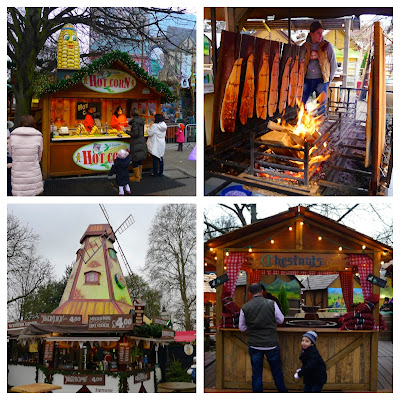 The buildings were great and there was a real family atmosphere. It was so great that my wife and I could share a Christmassy moment after being apart on the day itself. 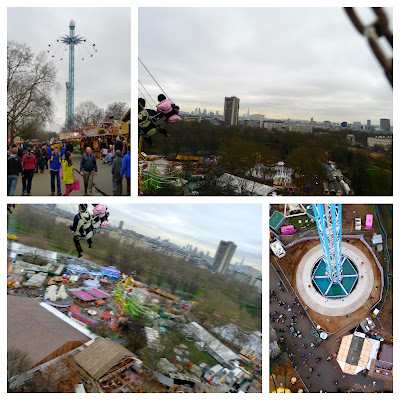 (*Apparently the Queen objected to the Hilton’s construction and has made a point of never attending a function there.) 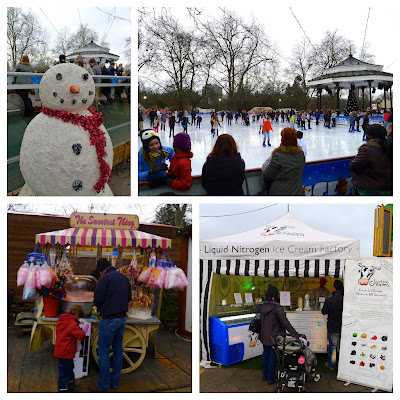