Medlar is a one Michelin starred restaurant located on the King’s Road in London’s Chelsea.

A little less formal than many places bestowed with a star, Medlar was one of just a few new stars awarded in the 2013 publication and is seen by some as part of the red guide’s apparent attempt to modernise their approach and keep up with the Jones’ (aka Hardens, The Good Food Guide and Restaurant Magazine’s Top 50 list etc…)

I'm still not sure what to make of Medlar. My wife certainly did not enjoy the experience and has said she wouldn't go back. Personally, I’d be happy to give it another go. 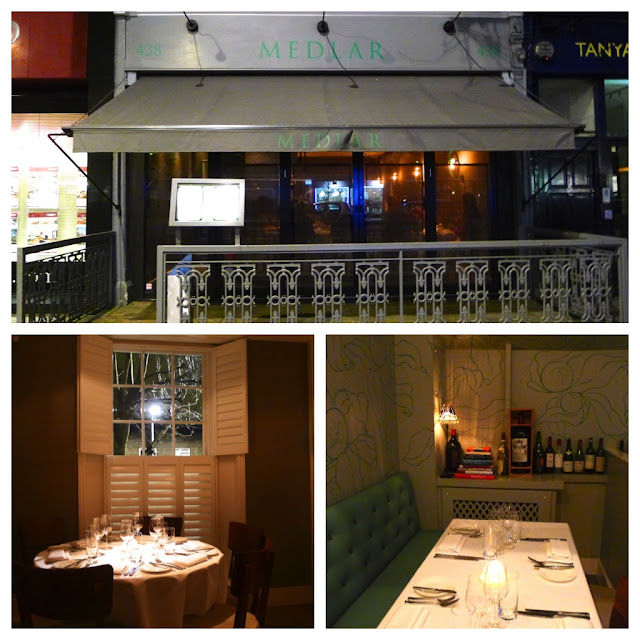 Food wise, we found it a bit of a mixed bag – instead of a Tasting menu or à la carte, Medlar serve a three course Prix Fixe menu. We loved one of our dishes; quite liked another but sadly disliked one too.

Food aside, one of our main gripes related to heat - we visited on an (admittedly mild) January evening and were seated upstairs. I was wearing a standard cotton shirt without a tie or jacket but as the evening wore on I became uncomfortably hot (as did my wife).

Michelin star restaurants at the one star level are supposedly judged on ‘what is on the plate’. Certainly elements of the food warranted the one star accolade. But I am not a Michelin inspector and I judge meals on overall experience - sadly over overriding memory of Medlar is not a memory of good food but a memory of being hot and bothered. 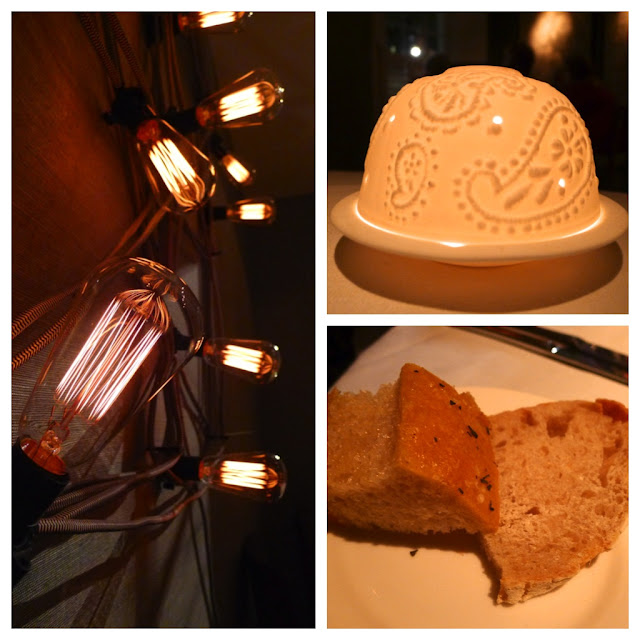 By the end of the meal, we were both desperate to leave. Perusing the menu earlier I had fancied the Tarte Tatin for dessert but instead opted for the sorbet.

Likewise, noticing that they serve quality selection supplied by the Rare Tea Company, I also planned to have a tea - but there was no way I was going to be able to take a hot drink. Instead we paid up and escaped into the cool night were I insisted we stroll for a while before hailing a cab.

What the Michelin guide says: ‘The two young owners, both alumnae of Chez Bruce, have created a charming and successful local restaurant. David and his team provide warm, knowledgeable but unobtrusive service; while Joe produces easy-to-eat dishes with a French base and a light touch, where the component flavours marry perfectly.’ 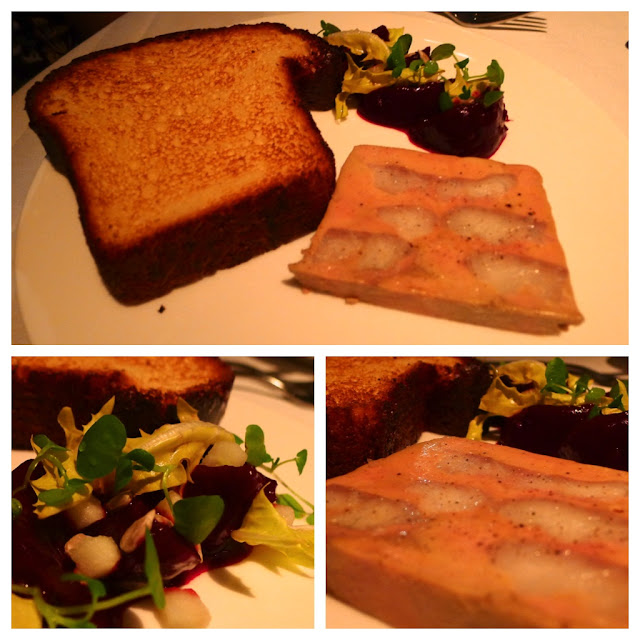 Foie gras and smoked eel terrine with beetroot relish, sunflower seeds, horseradish and toasted brioche. This was the dish that my wife enjoyed the most – a generous hunk of toasted brioche with a beautifully indulgent terrine paired with the classic flavour combination of beetroot and horseradish. 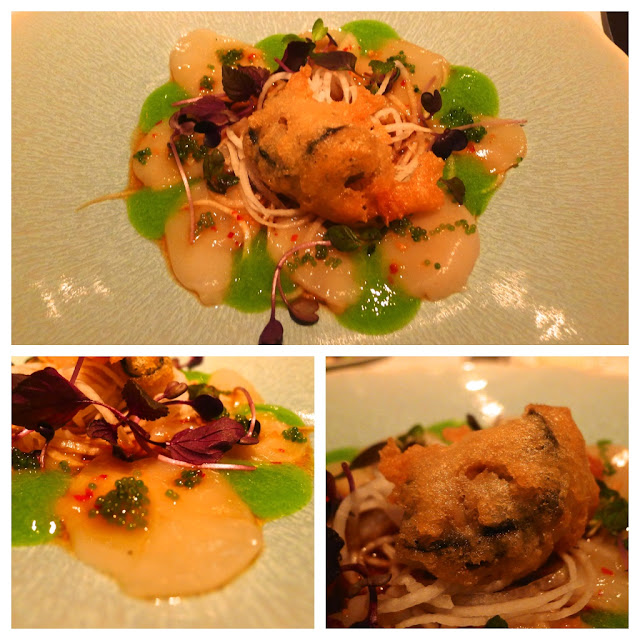 Scallop sashimi with oyster beignet, ponzu dressing, ginger, chilli and cucumber. On paper this dish jumped out at me as it featured some of my favourite ingredients and flavours. The oyster beignet was good but, despite appearances, the rest of the dish just didn’t seem to come together or balance well. The overriding flavour came from the wasabi marinated tobiko. 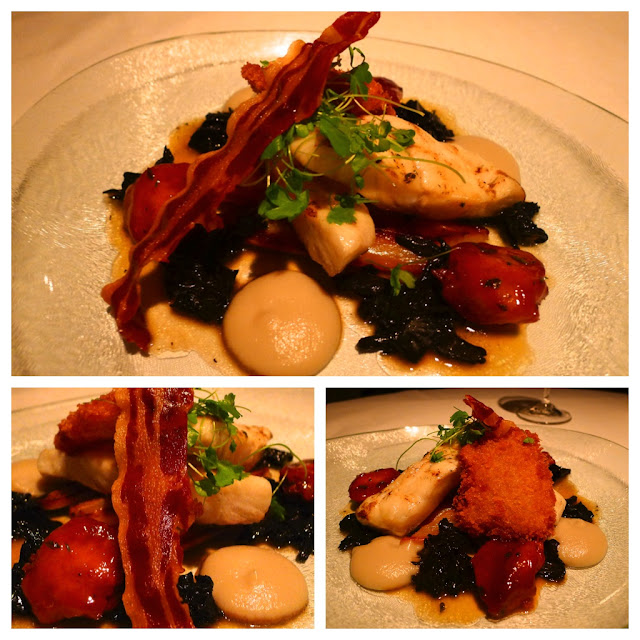 Cornish turbot with Jerusalem artichoke purée, braised chicken wings, crisp pancetta and salsify. My wife didn’t like this one and gave most of it to me. I agreed with her assessment that there was far too much going on and some of the flavours did seem to jar – especially the sweet, sticky braised chicken wings. In the dishes defence, each component was cooked well and the Jerusalem artichoke purée was top drawer. 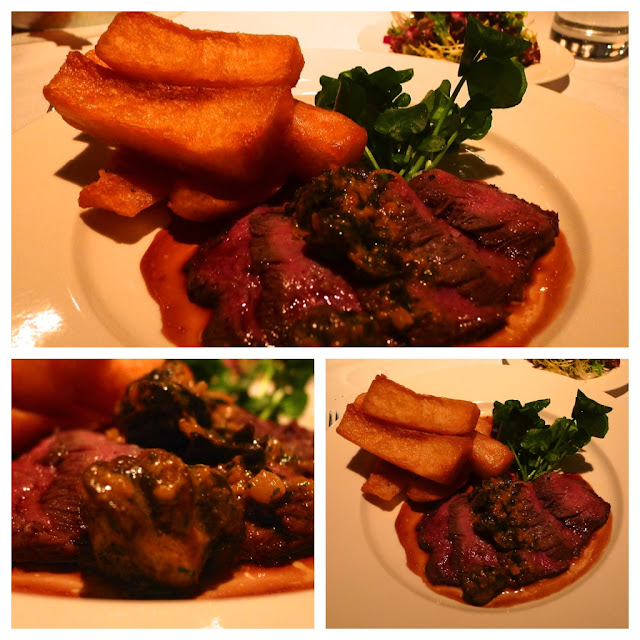 Under blade fillet with Café de Paris snails, salad, triple cooked chips and béarnaise. I loved my main – the triple cooked chips were the best I have eaten; the snails were plump the meat was pink, tender and full of flavour and the béarnaise was rich, buttery and piquant - a fab dish! 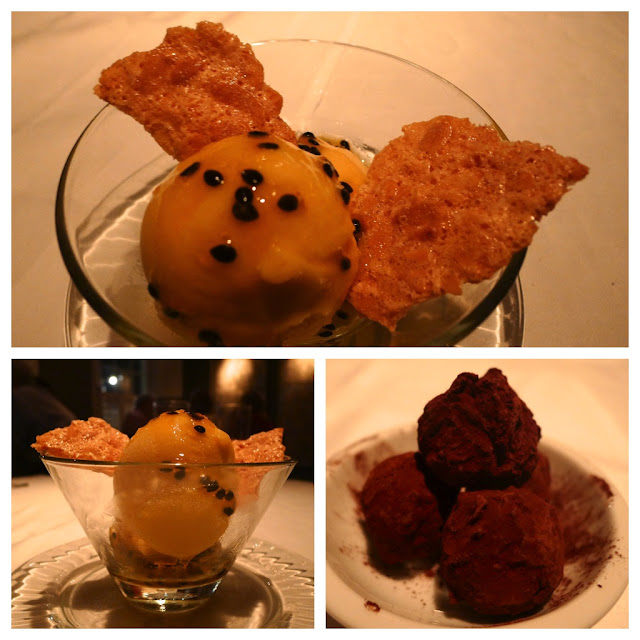 For dessert I fancied the Tarte tatin but by this point I was so hot that I ordered the Passion fruit sorbet with almond nougatine in an attempt to keep cool. It was a good sorbet but did not wow me.

If I did ever go back, I’d insist on a table downstairs when booking which would hopefully lift the whole experience.