The BMW X5 and the BMW M3 Convertible are both excellent cars. Obviously made by the same manufacturer, should you wish, you could have one of each with matching sleek Azurite Black paintjob and a Champagne Novillo leather upholstery.

It may have become quickly apparent that I actually know very little about cars; otherwise I’d be quoting engine sizes and stuff about pistons, horsey powers and such like.

What I do know is that despite their similarities they are also very different – in looks, performance and, I guess, in overall driving experience.

I do, however, know a little about restaurants… 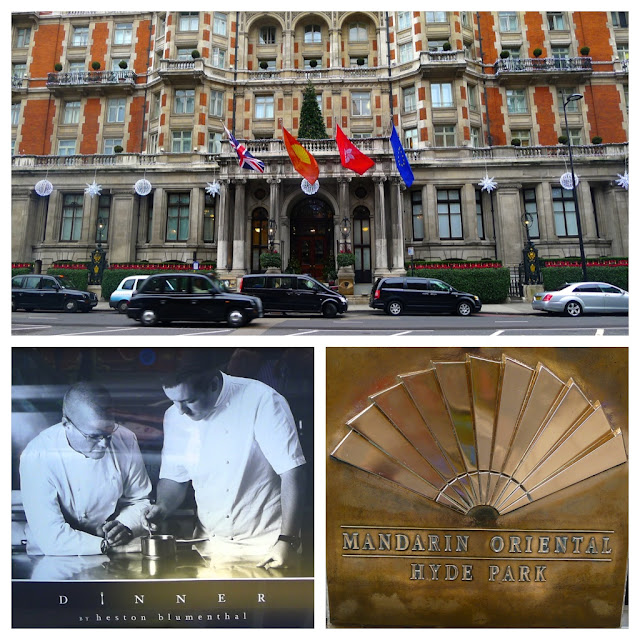 Like the ‘Beemers’, Dinner by Heston ‘The Willy Wonka of Molecular Gastronomy’ Blumenthal and The Fat Duck (see here) share obvious similarities:

They’re both listed in the S.Pellegrino World’s 50 Best Restaurants - Dinner at No.9 and, the former number one, The Fat Duck currently at 13.

And (back to the cars) both have been awarded BMW Square Meal Awards – Dinner as the Best New Restaurant for spring 2011 and The Fat Duck, as the Restaurant of the Year for 2006. 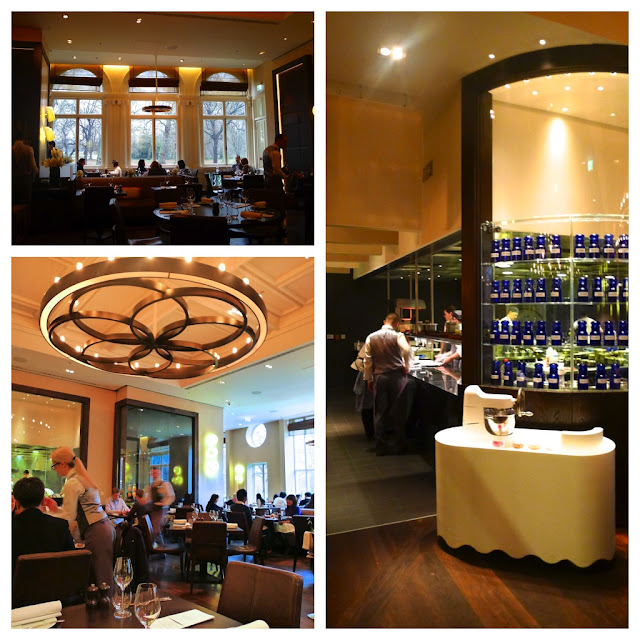 They are also both very different… Dinner is a big, sleek and slick 126-cover restaurant in a 5 star London hotel – The Fat Duck is a charming 42-cover in the picturesque village of Bray on Thames.

To experience the full on wacky world of Heston that you may have seen on his fantastical TV shows then, I’d say, The Fat Duck is probably the place for you.

Dinner’s menu is different – it is based ‘a unique menu of *historically inspired British dishes’. Of course, at Dinner, some dishes still showcase Heston’s creative side (I’m thinking about the famed ‘Meat Fruit’) but overall I’d say the London restaurant is more about pure flavour. 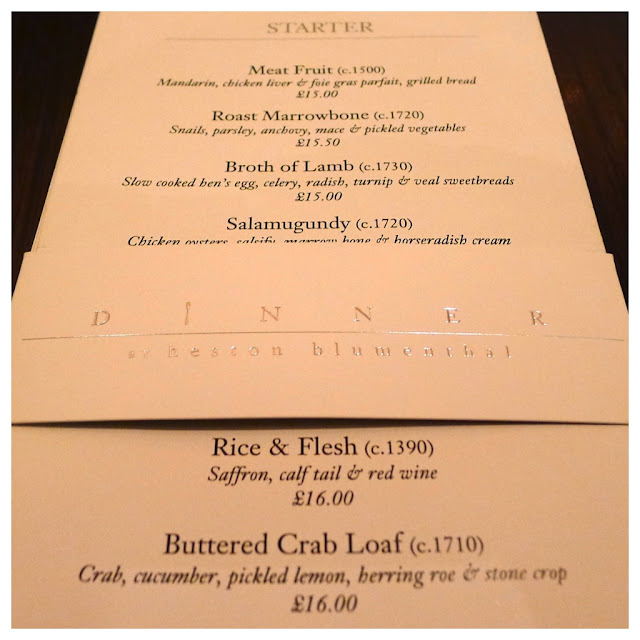 (*Each dish is based on a traditional recipe from the annals of British cookery; the years of which are included on the menu in brackets.) 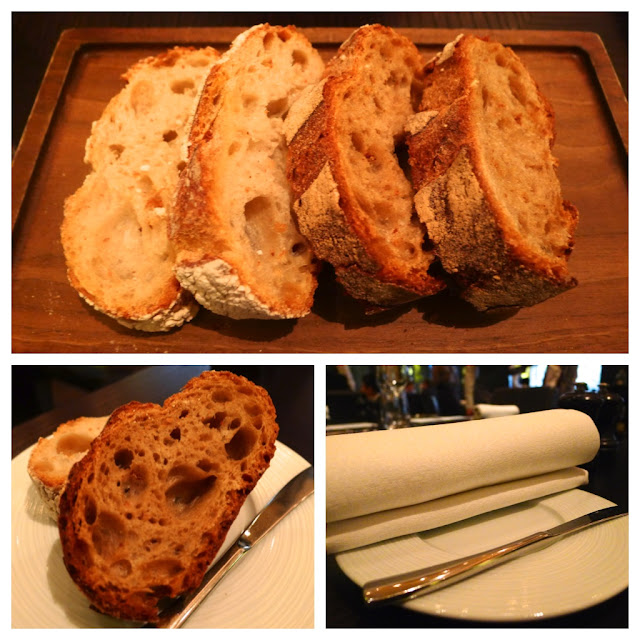 We went for lunch and opted for the set deal but supplemented it with dishes from the á La Carte (Meat Fruit and the Battalia Pye).

Lemon Salad (c.1730) Smoked artichoke, goats curd & candy beetroot: a light and summery salad - the artichokes were well smoked; the cheese was smooth, snowy white and lemony; the candied beets not too sweet and the leaves and shoots were fresh, crisp and bitter where needed… it’s hard to knock it but, for me, it didn’t have the wow factor that one would expect from a Heston dish. 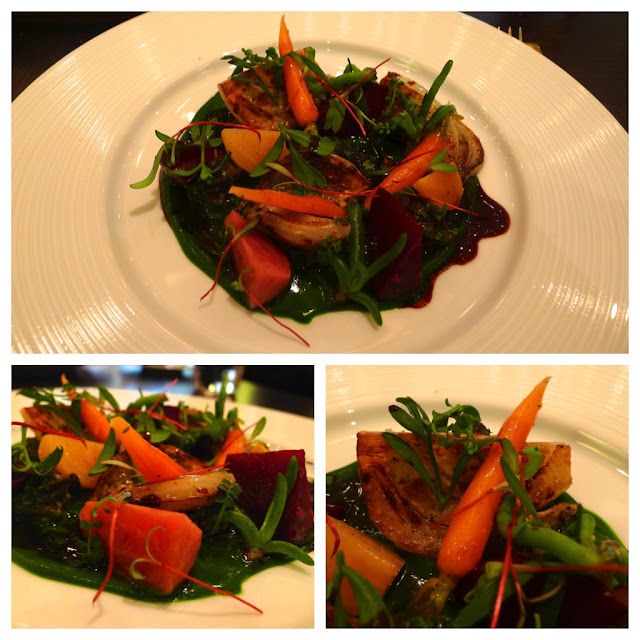 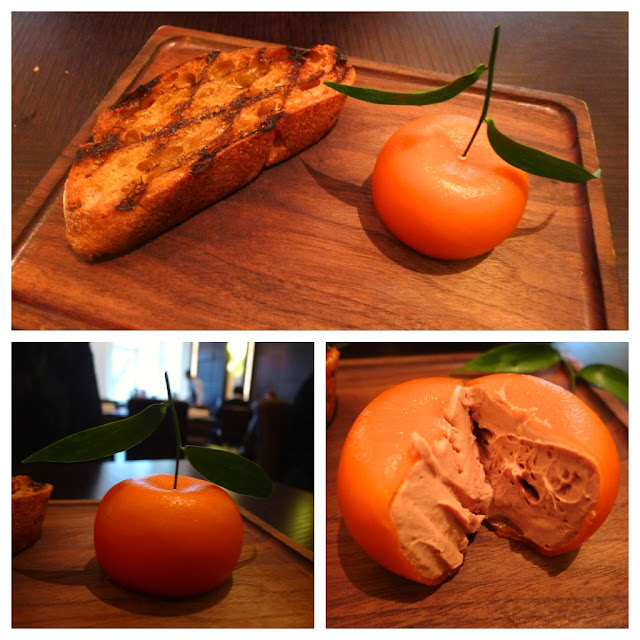 Meat Fruit (c.1500) Mandarin, chicken liver & foie gras parfait, grilled bread: there is no doubting the Meat Fruit’s fun appearance and conceptual genius but I’m always concerned that such dishes will have a touch of the ‘Emperor's New Clothes’ about them – no need to worry here… my wife and I agreed, it was easily the most flavoursome liver parfait that either of us have ever eaten. 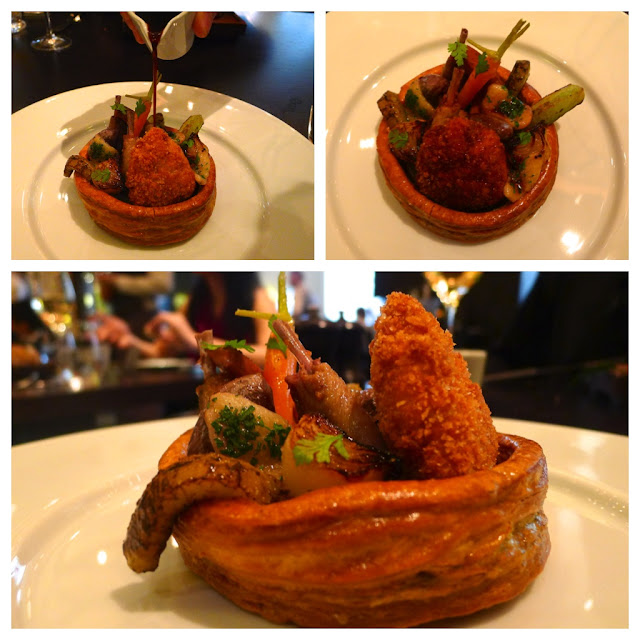 Battalia Pye (c.1660) Sweetbreads, lamb tongue, duck heart & pigeon: since eating, I have not stopped thinking about this ‘pye’ - this was without doubt one of the best dishes I have ever eaten. The rich jus was quite simply Carlos Slim rich! Pure alchemy! Pure genius! 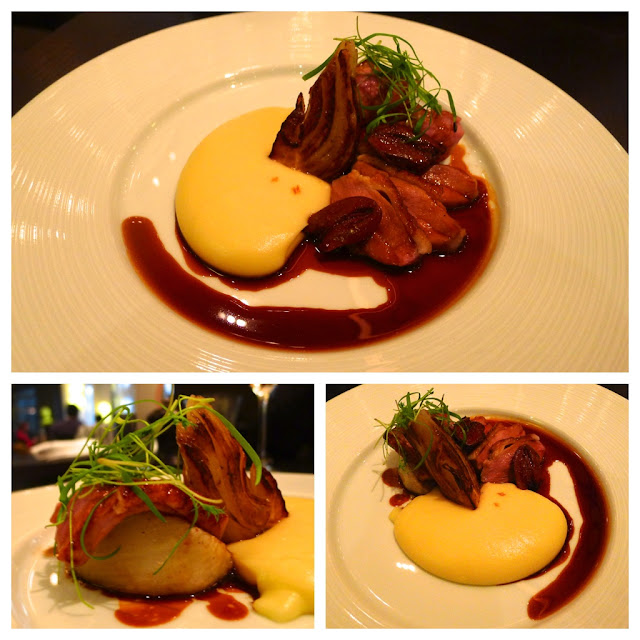 Powdered Duck Breast (c.1670) Smoked confit fennel, potato purée & umbles: the powdered (spiced) duck breast was beautiful and the mash, marvellous; the jus was rich and glossy and the smoke on the fennel well gauged.

My one gripe would be the use of the plural form of umble over the singular - I did appear to be the only person sat within earshot that didn’t ask the waiter what ‘umbles’ were… knowing that the word which lies at the root of the phrase ‘To eat Humble Pie’ can refer to all sorts of tasty innards including lungs, kidneys, livers and alike I was a little broken hearted when all I received was one duck’s ticker sliced in twain! 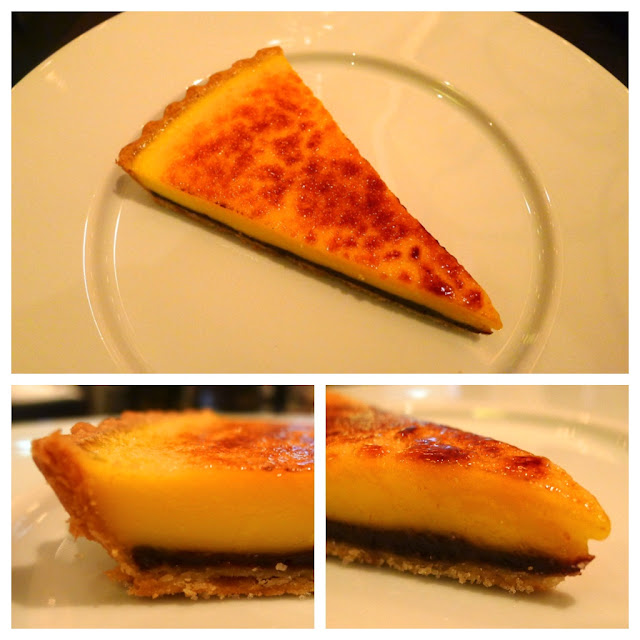 Prune & Tamarind Tart (c.1720) Seemingly simple, it’s easy to underestimate the skill that goes into creating what can only be described as a tart of perfection: perfect pasty topped with perfectly set custard and a perfect caramelised caramel. 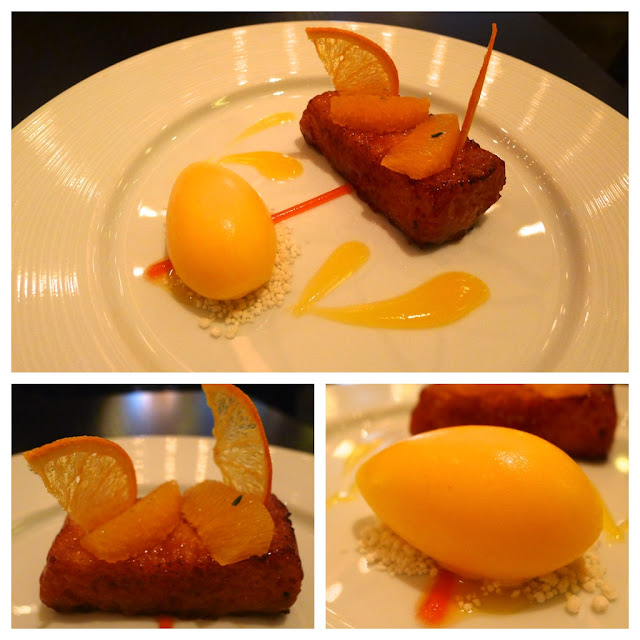 Orange Buttered Loaf (c.1630) Mandarin & thyme sorbet: this dish was all about flavour and texture – the sorbet, set on top of crunchy sugar crystals (possibly coated with Carnauba wax) had a wonderful citrusy tartness but it was the buttery, orangey brioche-like loaf coated in a crisp veneer of caramel that really impressed. 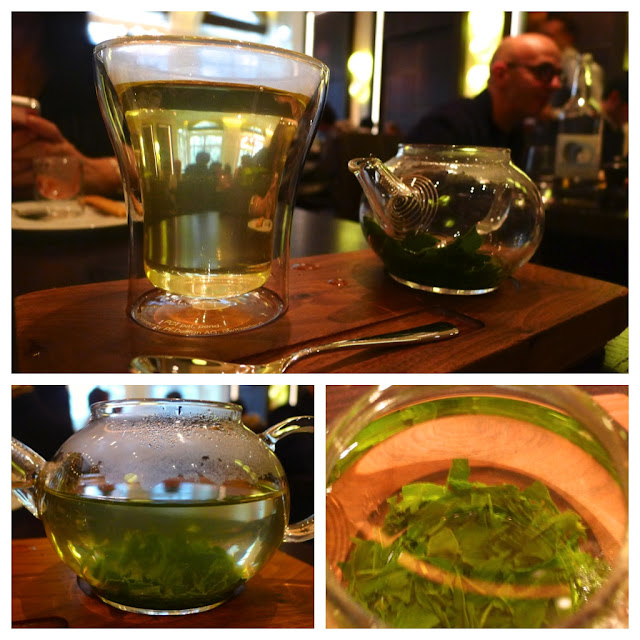 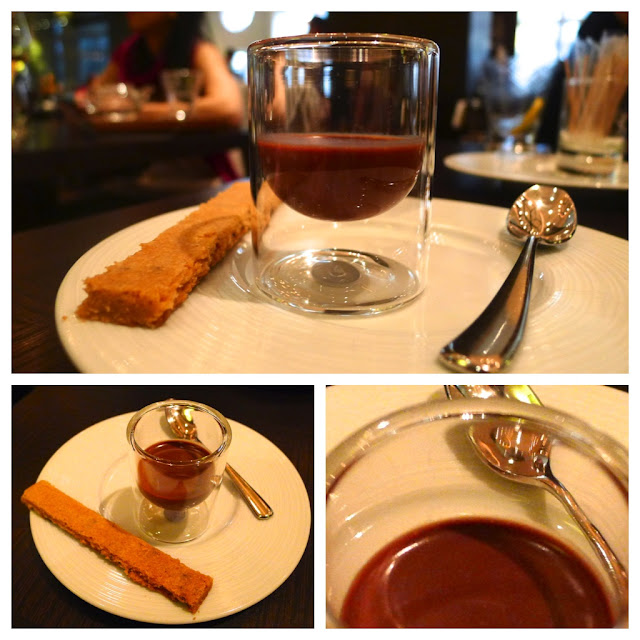 Our meal ended with an Earl Grey flavoured Chocolate Ganache with a Caraway Sablé.

I’ll give the last words to Heston, “If it doesn't taste good it doesn't go on the menu.”