In my last post about a Japanese kaiseki restaurant, the two-Michelin-starred Kajitsu in New York (see here), I stated my love for all things pertaining to Japan. Whilst in Singapore then I was eager to seek out the best Japanese food. 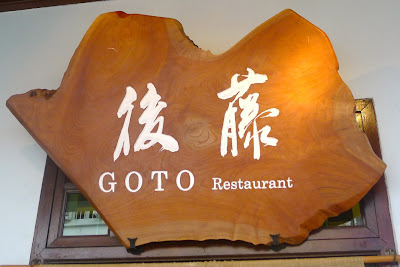 Despite not featuring in many guide books (although listed in the Miele guide) or even being well known amongst locals, one place I was especially keen to visit was Goto. 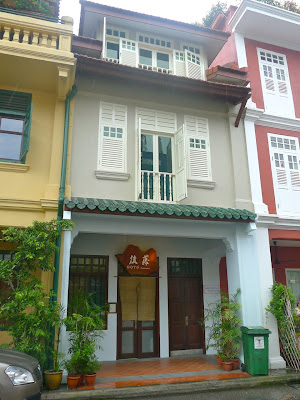 Before opening his intimate (just four tables) eponymous restaurant, Goto Hisao worked for many years as a private chef for the former Japanese ambassador in Singapore. 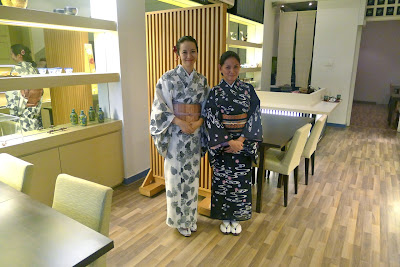 Entering to an 'oasis of calm' and being greeted so warmly and reverently by the chef’s wife (who runs the front of house) in her traditional geisha style dress I was soon in a complete state of relaxation. 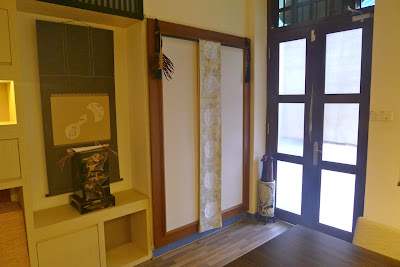 This ‘Zen-like space’ reminded me so much of contradictions of which Japanese culture is so full – on one had there is the busy, busy, work, work culture with images of suited businessman sleeping on a train; the bright neon lights of Tokyo; bustling crowds at the Shibuya street crossing; the Shinkansen "Bullet Train"; robotics; instant noodles; Hello Kitty; whirling kaiten conveyor belt sushi; harajukus and swishing Samurai swords. 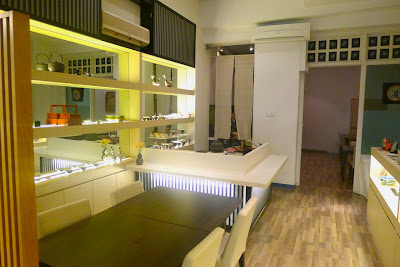 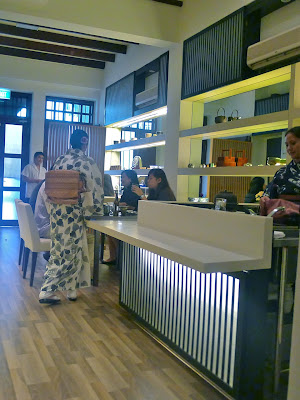 Goto is certainly more reminiscent of the latter with the spirit and flavour of old world Japan. 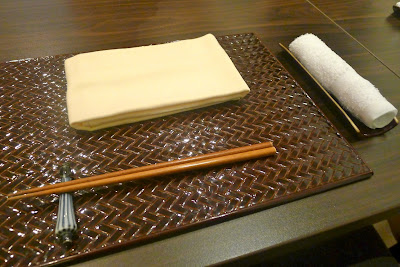 The first dishes to be presented taking the role of Sakizuke (similar to the French idea of an amuse bouche) and a seasonal Hassun set featured five fabulous and tasty bites. 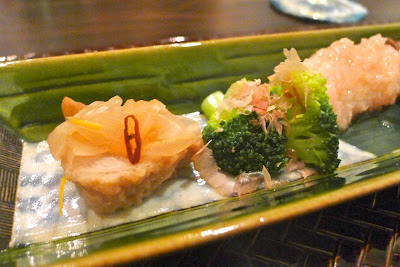 The first was a Chicken Dumpling topped with ginger and fresh chilli. The second was a couple of florets of blanched Broccoli topped with Dried Bonito Flakes (the stuff dashi is made from). The third was a glorious mixture of Glutinous Rice & Minced Prawn. 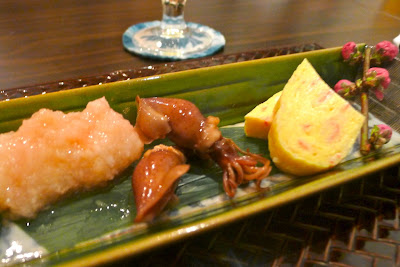 Next up was the amazing raw seasoned Hotaru Ika – known as the ‘firefly squid’ or the ‘sparkling enope squid’ because of their ability to light themselves up to attract prey or a mate. Take some time to Google ‘firefly squid’ and look at the image results, they really are amazing creatures – they taste pretty good too! The finale of the five starting bites was a beautifully made and seasoned Crab Meat Tamagoyaki. The Saukua (cherry blossom) buds in the picture were just for decoration. 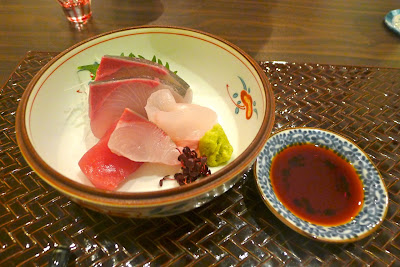 The next course was the Mukōzuke, a small but wonderful selection of market fresh Sashimi. Hirame (Fluke) Kanpachi (Amberjack) and Hotate (scallop) 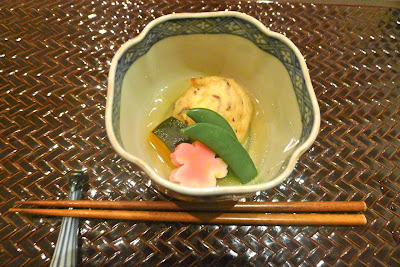 Next to arrive was a traditional simmered dish or ‘Takiawase’ made with pumpkin, sugar snap peas and kind of tofu ball or fritter called Hiryuzu (or Ganmodoki). 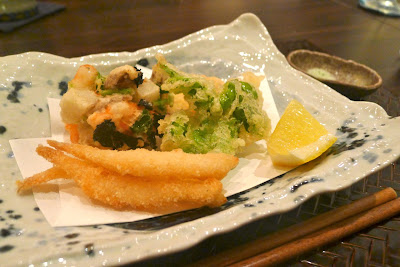 Batter-wise, this was not the best Tempura I’ve had but it was a tasty and interesting selection, featuring plump prawns, yam, sweet potato and rape blossoms as well as my first taste of ‘salangichthys microdon’ - more appetizingly known as Japanese Icefish (or noodlefish). 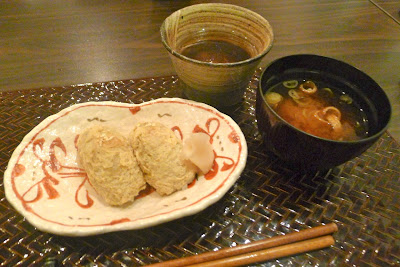 The next course came in two parts: the ‘lidded dish’ or Futamono of Miso Soup and Inari Zushi. 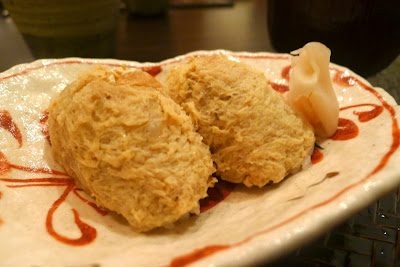 The inari sushi had been made with house-made bean curd; fresher and more natural tasting then the usual stuff from packets or tins. The rice within was wonderfully seasoned with seaweed. 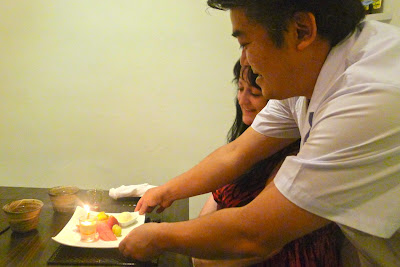 Our seasonal dessert or Mizumono featured a tropical tasting Mango Pudding, Fresh Fruit and a Homemade Milk Ice Cream. As this meal was my wife’s birthday treat from her son Chef Goto Hisao presented hers complete with a candle. 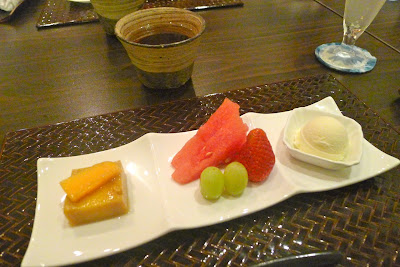 A wonderful experience – Goto is a must for lovers of Japanese cuisine in Singapore.