With an incredible history spanning over 170 years, Hospitality Action is a charitable organisation that offers vital assistance to all who work or have worked in hospitality in the UK and who find themselves in crisis. In the forward of the current Hospitality Action magazine, Michael Caines reminds us how, ‘Hospitality Action strives to help individuals experiencing life crises and helps to rebuild their lives.’ 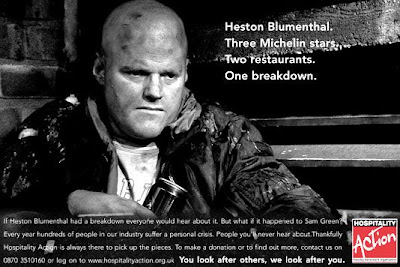 The charity’s current principal patron is three-Michelin-starred chef Heston Blumenthal. Fellow patrons include such luminaries as Prue Leith, Raymond Blanc, Anton Mosimann and the Roux brothers – these, along with a long and impressive list of others, work with the charity and its supporters to raise funds to provide grants for those in need and to educate through The Ark Foundation. 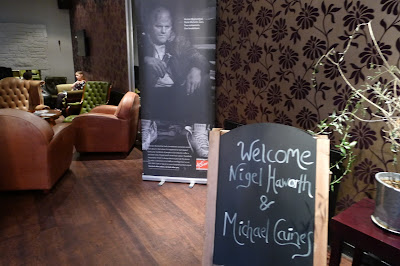 Paul Heathcote hosted at his Heathcotes Brasserie in Preston. The three chefs cooked a wonderful meal helping to raise a figure in excess of £6,400.

Guests in attendance included the celebrity chefs Andrew Nutter (who also acted as auctioneer at the end of the meal) and Aiden Byrne.

Another chef committed to the worthy cause, Aiden had also pledged his support to the Michael Caines’ backed ‘At your discretion’ campaign that asks diners to add and extra £1 to their bill in support of Hospitality Action.

My table included: Thom Hetherington (who himself has done a lot of good work for Hospitality Action by being sponsored for his ridiculously quick time on the Great Manchester Run and through his company’s Northern Restaurant and Bar Show) Mark Garner aka Gordo (from Manchester Confidential - the self proclaimed ‘Manchester’s Greatest Food Critic’) and Franco Sotigu from Chroma Knives and Inka Grill (who had kindly donated a Type 301- Porsche knife for the raffle that was signed by the headlining chefs) and, of course me, ‘Manchester’s Greatest Food Blogger’ (Well, if Gordo can get away with the self adulation, why not me?) 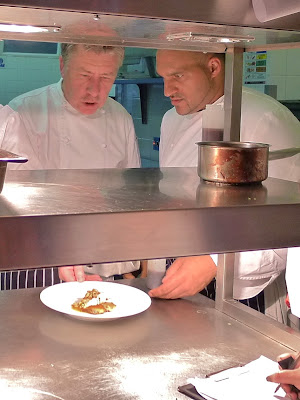 On arrivals guest were treated to a glass of Champagne Lallier Premier Cru Rosé Brut NV provided by one of the evening’s sponsors, Boutinot Wines. This went down well with the excellent Canapés by Paul Heathcote including: Parmesan marshmallows, salmon and risotto pie, black pudding, poached quail egg and mustard hollandaise. 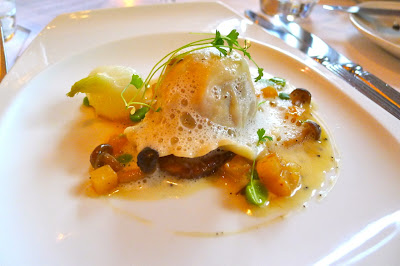 The first dish of the evening was a simply sublime Veal Raviolo cooked by Michael Caines. They say you learn something new every day. I learnt two things from this dish. Firstly, the singular of ravioli being ‘raviolo’ and secondly, the fact that I must get myself down to Gidleigh Park to try more of Michael’s food. (Paired with a Domaine Pré Baron Touraine Sauvignon Blanc 2011- Loire Valley, France.) 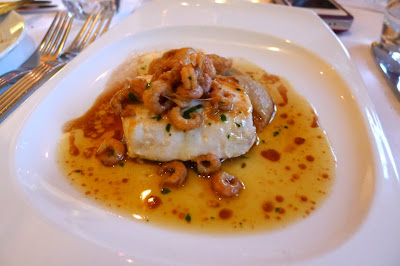 The next course, cooked by Paul Heathcote, was one of his old favourites: Roast Halibut with Morecambe Bay shrimps, a silky smooth caramelised onion purée and the surprise star element of the dish, the delightful crispy chicken wings. (Paired with a Domaine Boutinot Côtes du Rhône Rosé ‘Les Cerisiers’ 2010 – Rhône Valley, France.) 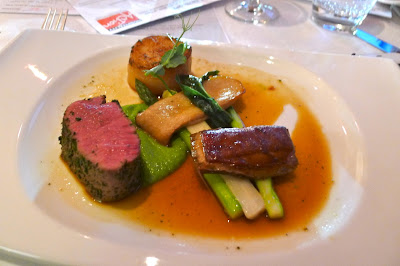 Paul Heathcote’s Poached loin of lamb crispy breast, pea purée, white and green asparagus and fondant potato was the next dish to wow. The lamb was perfectly cooked and got serious nods of approval from the serious foodie’s around the room. (Paired with another Boutinot wine, a Circumstance Merlot 2009 - Stellenbosch, South Africa.) 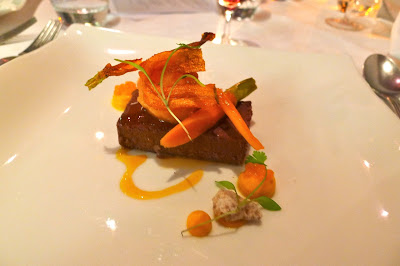 For dessert, Nigel Haworth stepped up to the pass to present a technical Liquid Chocolate creation made with Valrhona chocolate with carrot, orange and salted walnuts. (This was paired with a Wiese & Krohn 1997 Colheita, interestingly served chilled.)

Another of the evening’s sponsors and raffle prize donors, Illy Coffee provided a fitting end to the meal to go with the petit fours. 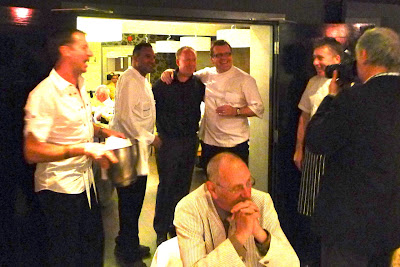 After the meal, Andrew Nutter took to the microphone to conduct the auction. Prizes included a Type 301- Porsche knife and cooking experiences at Heathcotes Brasserie with Head Chef Carl Noller; another Heathcote’s Olive Press and at Michael Caines’ two-star Gidleigh Park.

The chefs were on top form all night, meeting and chatting with diners and posing for photographs and the food was great – more importantly, lots of money was raised for the worthy cause, Hospitality Action. My ticket is booked for Northcote in September… see you there!