Since The Rose Garden opened just over a year ago it has built up a steady reputation for good food using quality ingredients. 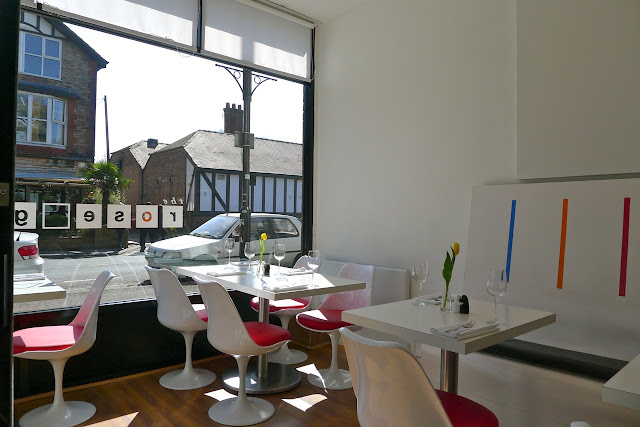 I’d describe The Rose Garden as a small, local, family run restaurant. Cooking is assured and adventurous but not ridiculously so – classic cookery and combinations such as ‘herby minted lamb’ and ‘bacon and scallops’ sit on the menu alongside less common dishes such as ‘tea-smoked duck’ and ‘rabbit gnocchi’. 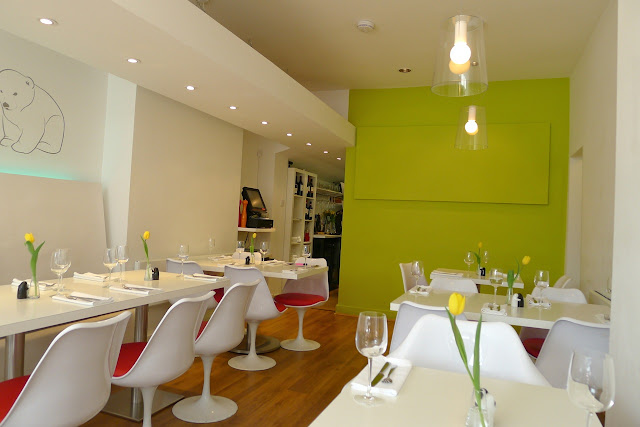 The Rose Garden Weekly Carnivore special has included pigeon, venison and squirrel – usually (perhaps always) supplied by local farms and the award-winning W H Frost butchers in nearby Chorlton. There is also a weekly fishy special on the menu and generally at least a couple of interesting vegetarian options. 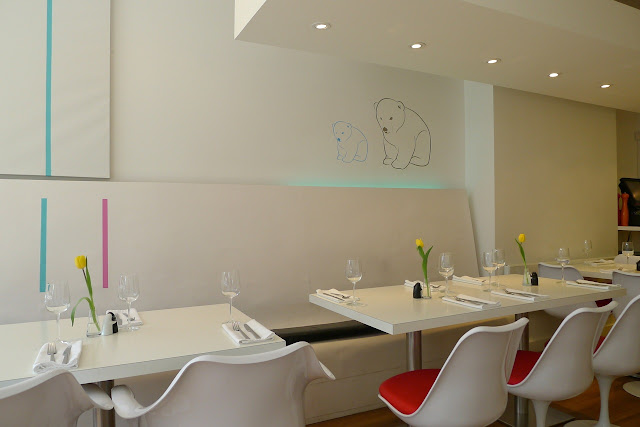 Despite a cold, minimalistic café-like appearance, the place is reputedly warm, friendly and when packed in the evening, ‘intimate’ and ‘a lovely space to be’ (see here for review by FTTBYD). We went early one Sunday lunchtime before they were busy so I cannot comment from personal experience.

My wife and I started with Bread & Olives – the bread was very good. Although I felt that the olives and olive oil that accompanied the bread were lacking in flavour. 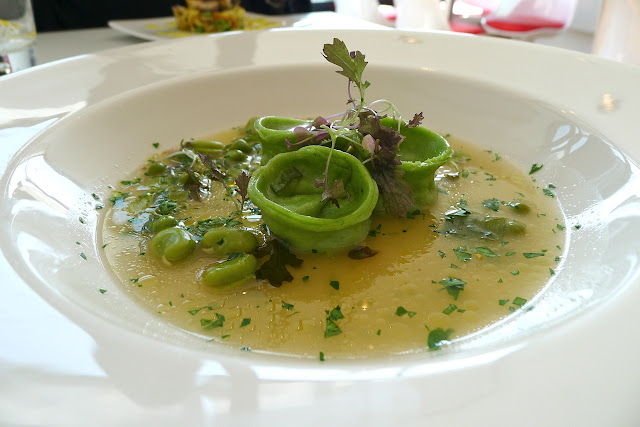 I opted for one of the vegetarian starters, the Spring Vegetable Tortelloni - the watercress, broad bean & cream cheese tortelloni had good flavour but I found the pasta a little thick and stodgy. The spring vegetable consommé had the clean flavours of the season, lifted by the caper butter. 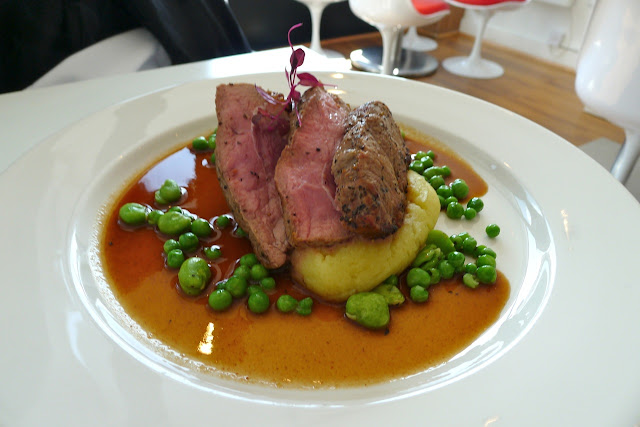 My wife selected the carnivore special of Heave’s Farm Rosé Veal. The sirloin of rosé veal was terrific – full of flavour and cooked to perfection. The truffle mash was not very truffley but the fondant beetroot, broad beans, peas and red wine jus all hit the mark. 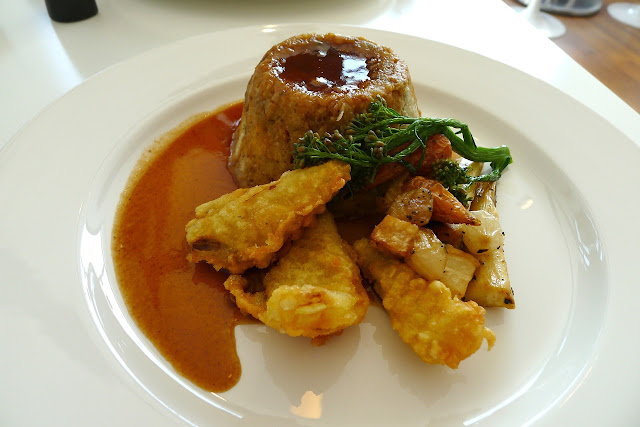 The Mutton & Anchovy Pudding that I chose was wonderful – tasty mutton in a hearty anchovy and caper steamed pudding. The battered onions were better than any onion ring I’ve ever had. The seasonal vegetables were a little over cooked but certainly edible. 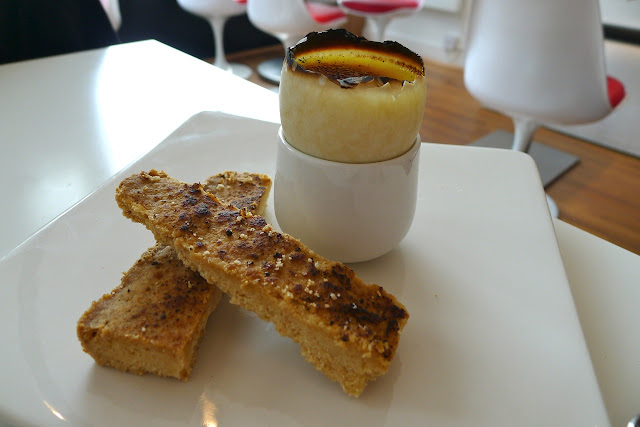 My wife was very happy with her Egg & Soldiers – so much so that she uncharacteristically consumed the duck egg brûlée with its strawberry jam yolk before I could ask for a taste. The shortbread soldiers were troopers. 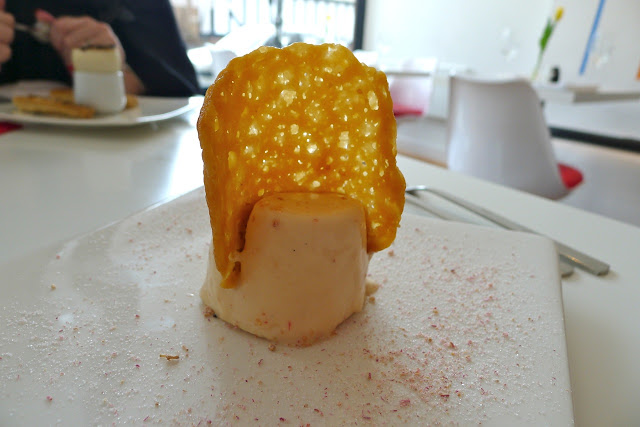 I have one criticism of my Rhubarb Panna Cotta – namely, its size. One bite of the tasty, tartly sweet set rhubarb cream and it was gone. The rhubarb sherbet was good but again, I’d have liked more. The brandy snap biscuit had good snap but needed more ginger for my taste.

All in all, I found The Rose Garden a welcome addition to the already thriving West Didsbury dining scene. I’m keen to go back later in the evening to experience the full atmosphere – and am keeping my eyes peeled for the return of squirrel to the menu.