Whilst Din Tai Fung is undoubtedly the better known and more lauded dim summery in Singapore (and indeed the world), thanks to the New York Times once listing it as one of the world’s top 10 restaurants; two of its Hong King branches receiving Michelin stars and Anthony Bourdain claiming they serve the “world’s best dumplings”, many Singaporean foodies in the know claim that Paradise Dynasty’s are better. 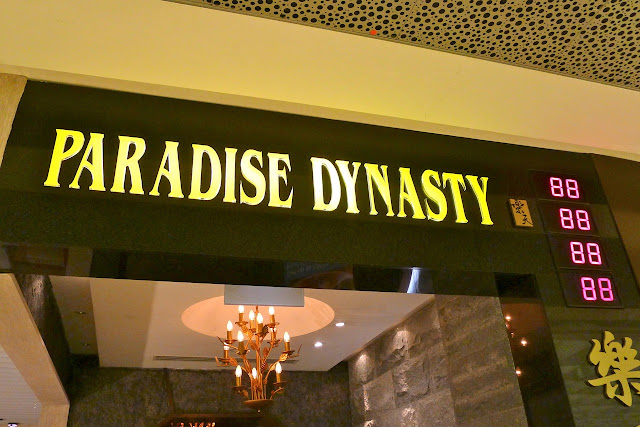 Whilst ‘DTF’ is undeniably the busier with queues of people waiting to get into its several outposts dotted around the city, after many local gourmands pleaded the superiority of Paradise Dynasty, it was here I headed first (more on Din Tai Fung later). 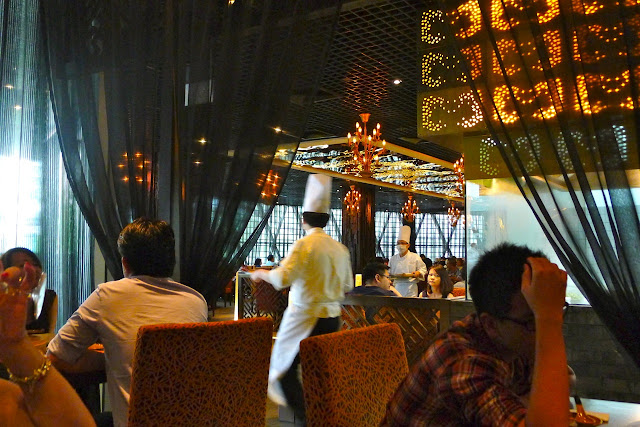 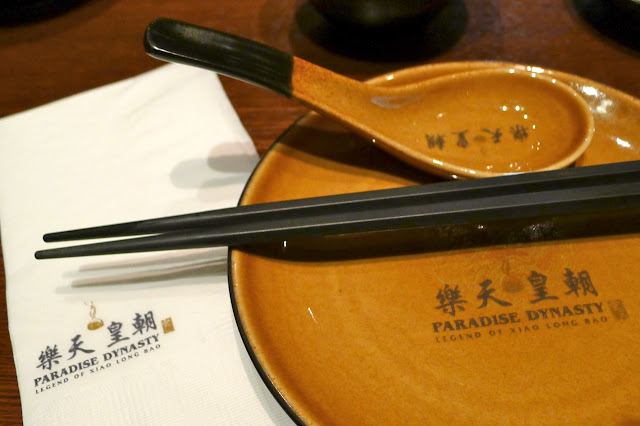 Out of the twenty plus malls that span the length of Orchard Road, ION Orchard is one of the newest, grandest and architecturally impressive. Paradise Dynasty, located on level 4 is equally grand. Diners are led down a long black corridor to a plush dining room decked out in black with gold detailing. Waiters wearing traditional dress made from silky metallic fabrics promptly arrive to dramatically pour a special blend of tea from golden teapots. 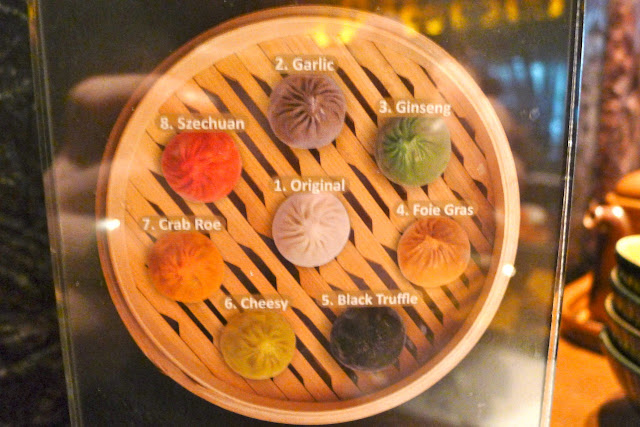 Paradise Dynasty's signature dish is their multi-coloured and multi-flavoured selection of ‘Xiao Long Bao’ soup dumplings. Each dumpling and every strand of noodle are handmade in house by an army of highly skilled chefs. 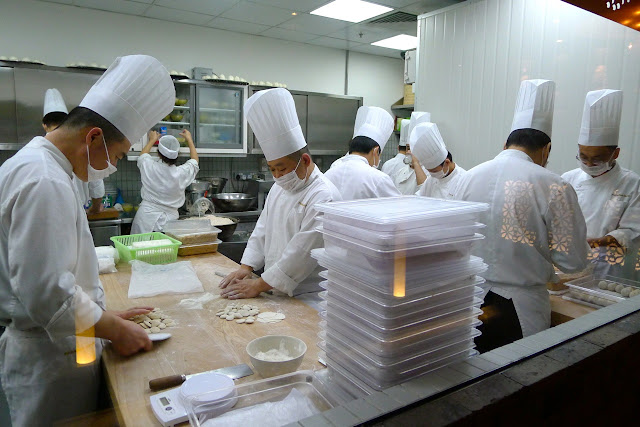 Visible through a glass wall, the ultra clean kitchen reminded me of a Columbian cartel's drugs laboratory, where a production line of workers clad in white and wearing surgical masks busily turn white powder into something highly addictive. 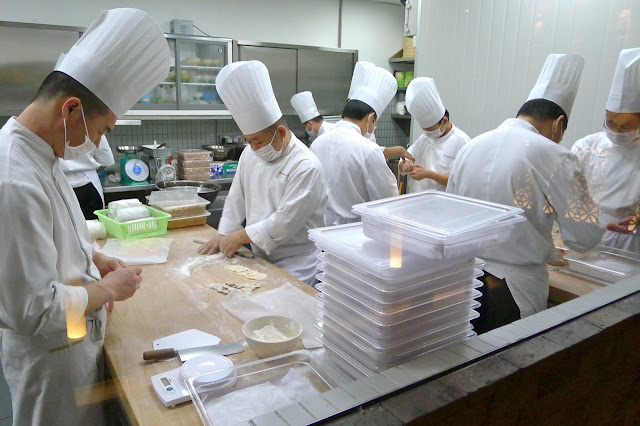 The white powder in question was of course flour and the highly addictive product, the delicious pork dumplings. Whilst I wouldn't recommend trying to snort an entire dumpling, the aroma coming from the black truffle ones alone was certainly enough to make my head spin with ecstasy. 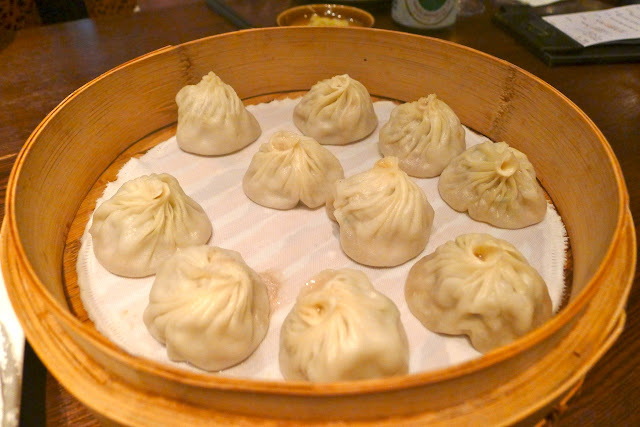 Initially, we ordered ten original flavour ‘xiao long baos’ and a couple of baskets (xiao long translates as small steaming basket) of the signature selection. These come with instructions for eating: 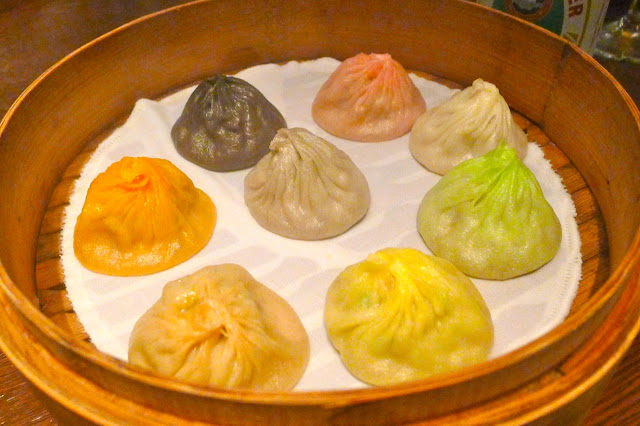 Of the flavours tasted, from: original, garlic, ginseng, foie gras, black truffle, cheesy, crab roe and Szechuan, I found the cheese one surprisingly good but the garlic and ginseng, which I liked the sound of, were too subtle and thus disappointing. The foie gras was good, especially as the flavour had really infused with the soup. 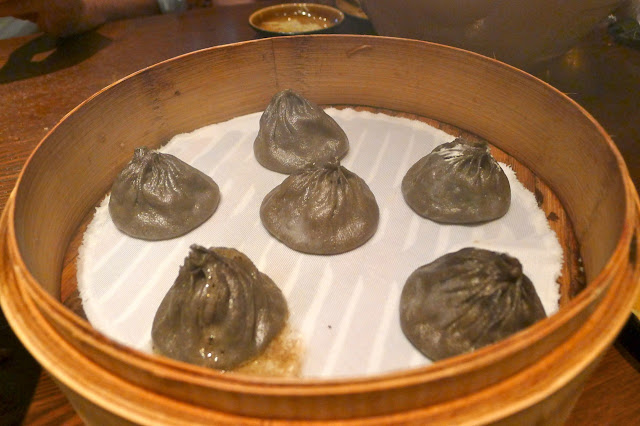 The stand out flavours for me were the crab roe and the black truffle - so much so that we ordered another six of the fabulously scented truffle ones. Definitely the best dumplings I have ever tasted. 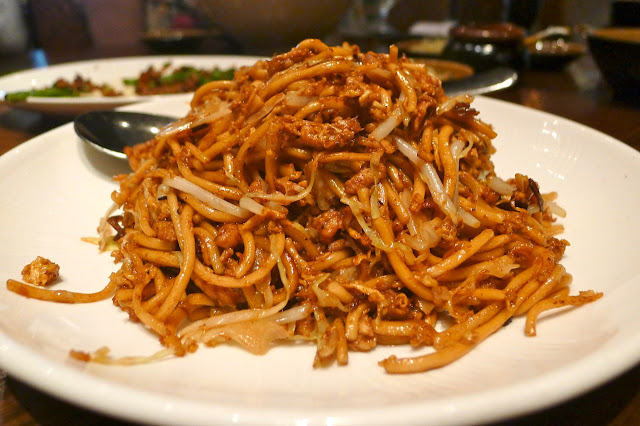 La Mian stir-fried with shredded black fungus and minced pork – a tasty enough noodle dish featuring minced pork and black fungus or ‘wood ear fungus’. The amazing thing here was watching the cook stretch and prepare the noodles by hand with amazing skill and dexterity – I could have watched him all day long. 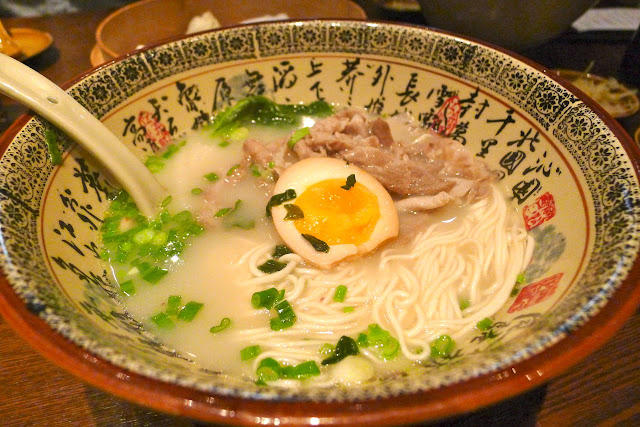 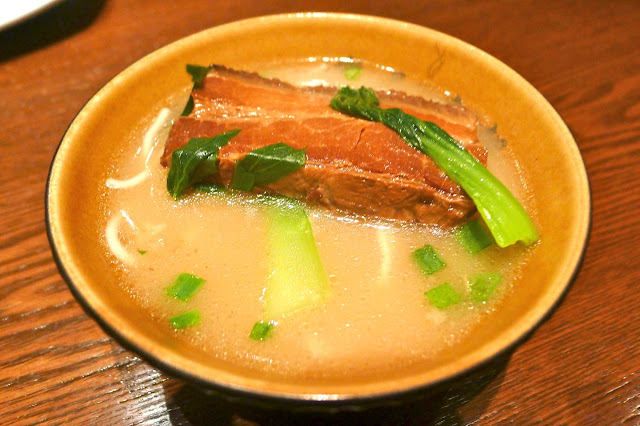 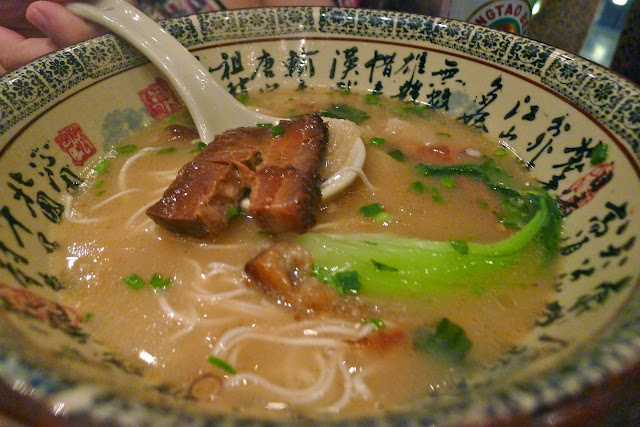 Signature pork bone soup – one of our number opted for the ‘shredded pork’ another had the ‘braised pork belly’. The broth itself is simmered for 12 hours, to reduce from an initial 30kg to just 8kg – this results in a dense soup with a terrific depth of flavour. These also featured the exceptional hand pulled ‘La Mian’ noodles. Baby bamboo shoots in oyster sauce – served cold these were a tasty enough side but not necessarily something I’d rush to order again. 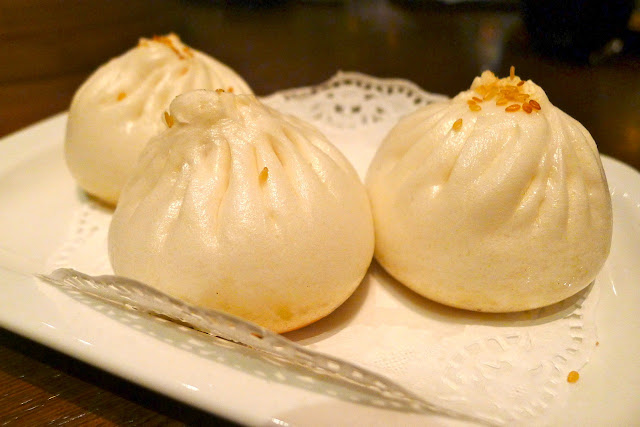 Pan fried steamed buns – I do love a steam bun; these had also had their bottoms pan fried to create a pleasing contrast of texture. 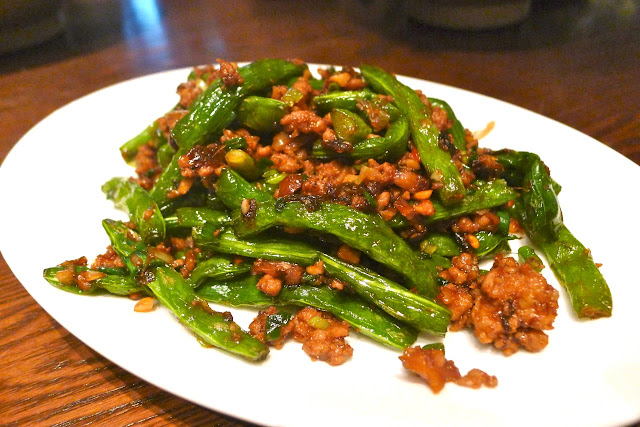 Sautéed French bean with minced pork – a great tasting side; a little greasy in texture but still worth ordering for the flavour. 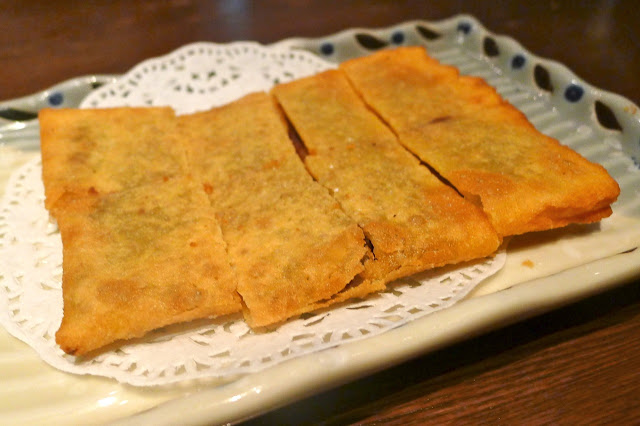 For pudding we shared a type of pancake filled with red bean paste. The jury is still out for me on red bean paste as an ingredient but this was one of the better desserts I have that uses it.

All in all a great option for reasonably priced Chinese food whilst shopping on Orchard Road. Next time I’m in town, I’ll definitely be back for more of those wonderful black truffle Xiao Long Baos – quite simply the best dumplings I have ever tasted.