Over the years the dining options of Mancunians have been greatly enhanced by several cultural influences and influxes. 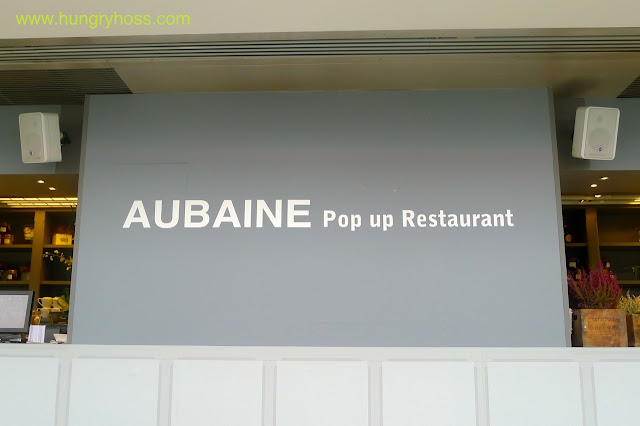 For example, the historical Italian connection dating back to the 19th century, which resulted in the Ancoats area becoming known as ‘Little Italy’ is still very much evident in the city centre eateries with Rosso, San Carlo, San Rocco, Stock, Giovanni’s and the newly opened Jamie’s (see here). 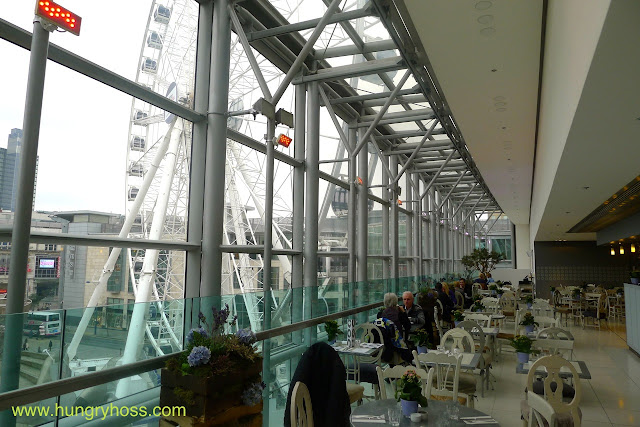 The large Chinese community means that Manchester now boasts the second largest Chinatown in the UK and the third largest in Europe. Whereas, the famous ‘Curry Mile’ is thought to be ‘the largest concentration of South Asian restaurants outside of the Indian subcontinent.’ 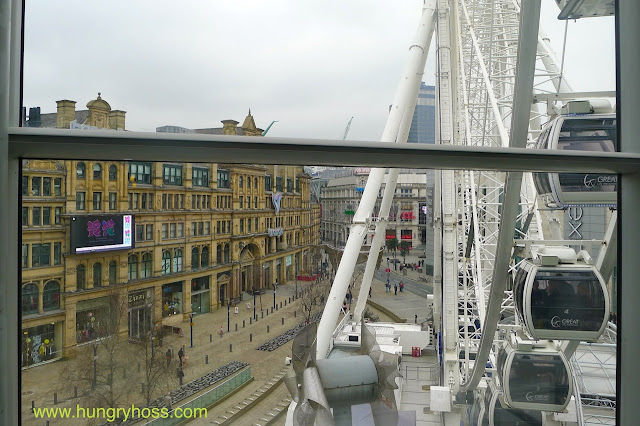 Sadly, for a foodie Francophile like myself, Manchester has few French connections; and I’m not talking about the ‘fcuk’ branded fashion label. Nor am I talking about the sardine and trawler loving ‘King Eric’ as the red half of the city know him. 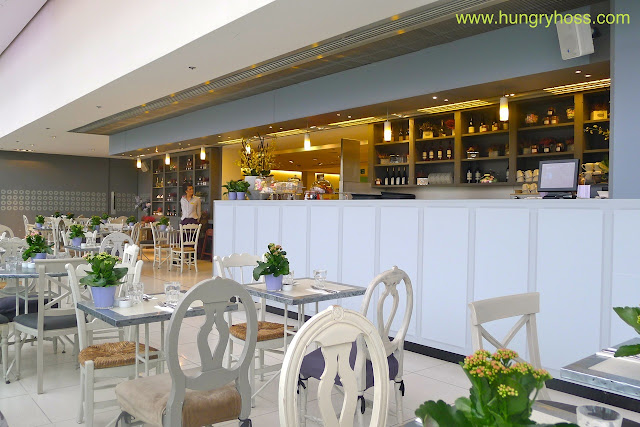 Although, when talking about the city, Cantona did once say, ‘There is an insane love of football, of celebration and of music.’ It’s just a shame that this love does not extend to French cuisine in the way it could arguably be applied for pizza and pasta. 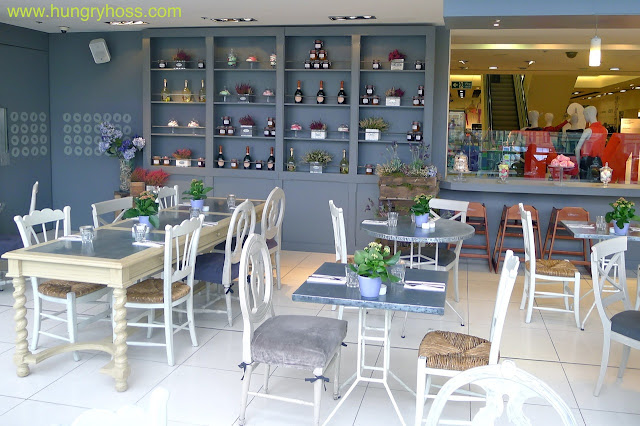 Now, I’m not suggesting that the town centre is entirely Gallophobic - once the envy of Hitler, The French at The Midland has served fine French cuisine for over 100 years (and was among the first restaurants in the UK to be awarded a Michelin star) and, more recently, two new exciting eateries have opened: la famille de Moreau’s 63° in the Northern Quarter and the Selfridges based ‘pop up’ Aubaine. 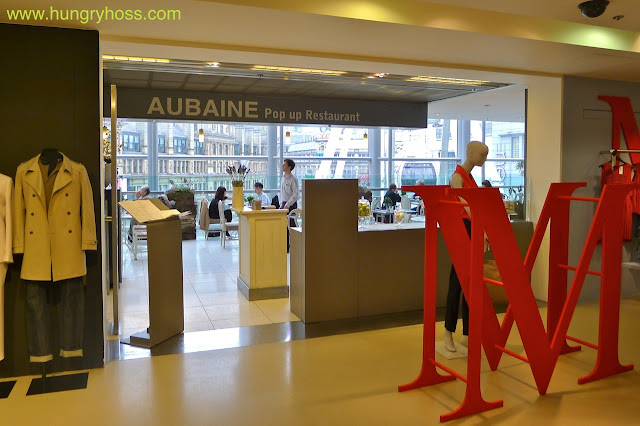 Having started out in London a boulangerie and pâtisserie, Aubaine then branched out in to the bistro business and now has several sites. These include the concessions at Selfridges in the capital and in Manchester’s Exchange Square store (which has two eateries trading under the Aubaine umbrella - the restaurant and the café). 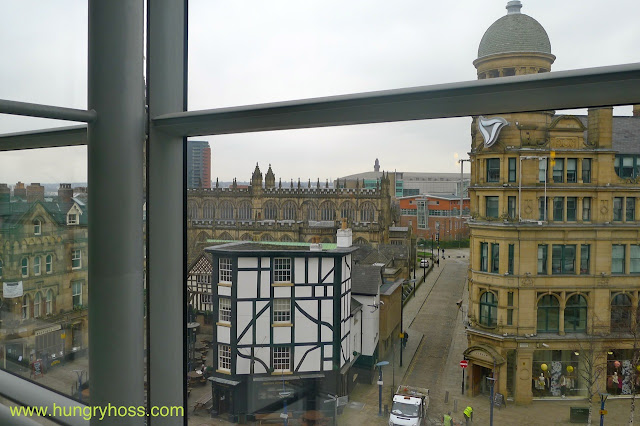 Taking advantage of their two courses and a glass of wine for £18 lunch offer, we visited the second floor Aubaine ‘Pop Up’ Restaurant, with its impressive views overlooking a number of Manchester’s landmarks, including the Manchester Cathedral, Hanging Ditch, The Shambles, the old Corn and Produce Exchange (now The Triangle mall) and the Wheel of Manchester. There is also an Aubaine Café in the basement. 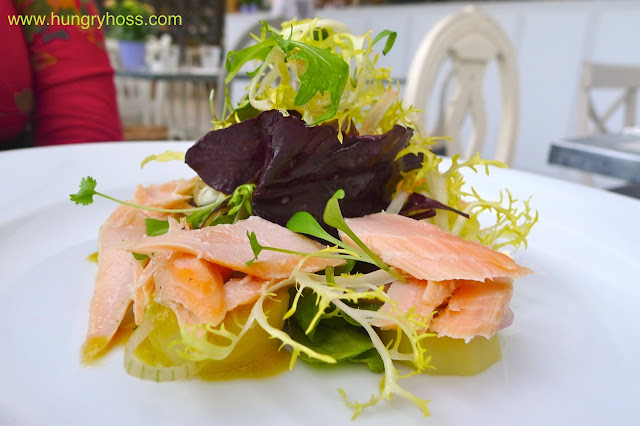 Our chosen starters were both very good. My wife started with the Truite Fumé - a wonderful, light and flavoursome starter with generous flakes of smoked trout, served with crisp salad leaves, shallots, pickled potatoes and a ‘sauce verte’. 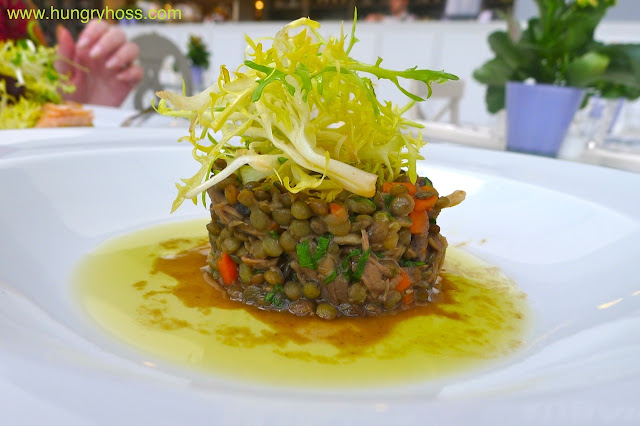 I started with the Jarret de Porc – a tasty and wholesome, ‘peasant style’ dish made with pieces of boiled pork knuckle and a puy lentil salad. The dish was simply but beautifully presented with great attention to detail with the carrots diced to match the size of the ‘lentilles’. 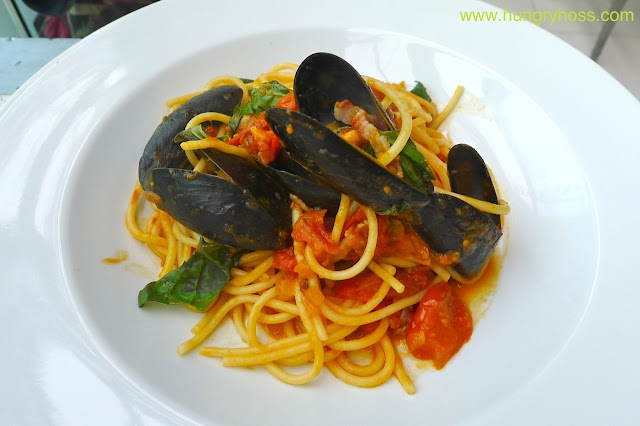 For her main, my wife selected the somewhat un-French Spaghetti, although the ‘moules’ added a certain Gallic flavour. Not a bad dish but I felt a little more of the ‘bacon fumé’ would have taken the edge off the overall sweetness of the tomato ragu. 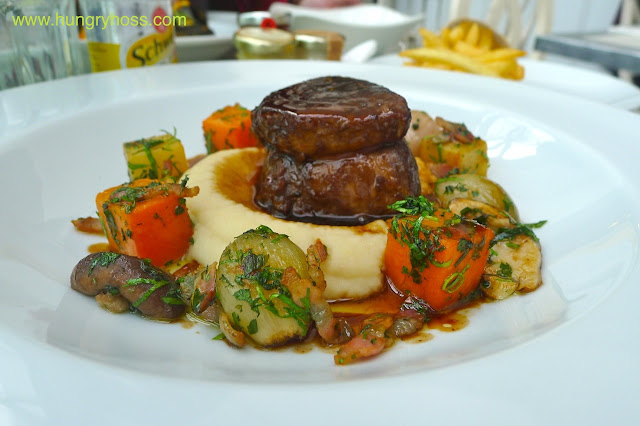 I chose the classic provençal dish Daube de boeuf and was duly impressed. The braised beef flaked apart beautifully and was meltingly tender.  The vegetables were all cooked well and attractively presented around the smooth mousseline of haricot beans.

Quite full and not really fancying a pudding, we asked to look at the dessert menu more out of interest than a desire to satisfy a sweet tooth. However, instead of a menu the waitress brought a slate containing a tantalising selection of Aubaine’s signature pâtisseries (which are all made in house). 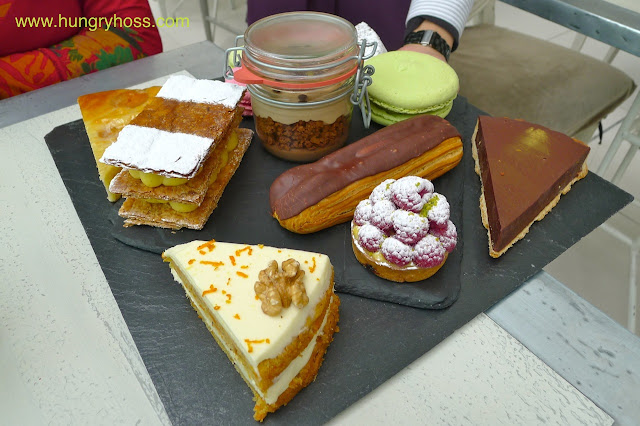 Never able to resist a macaron, my decision was made somewhat easier than my wife’s who after much deliberation settled upon the Mille feuille; which tasted as good as it looked – delicious. 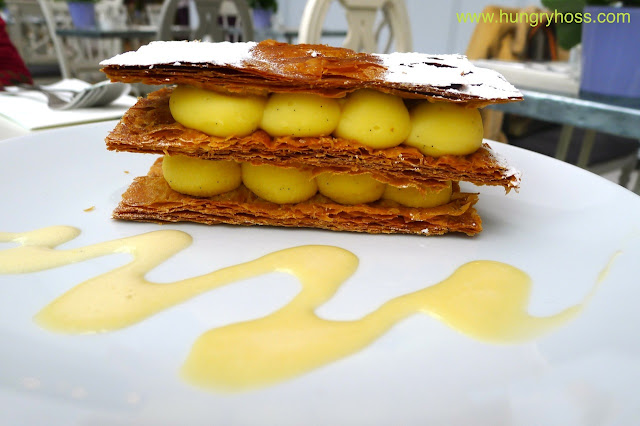 My trio of macarons featured hazelnut, raspberry and pistachio. The macarons themselves had the perfect crisp shell and slight gooey core; the flavour though could have been more intense - especially in the raspberry one. 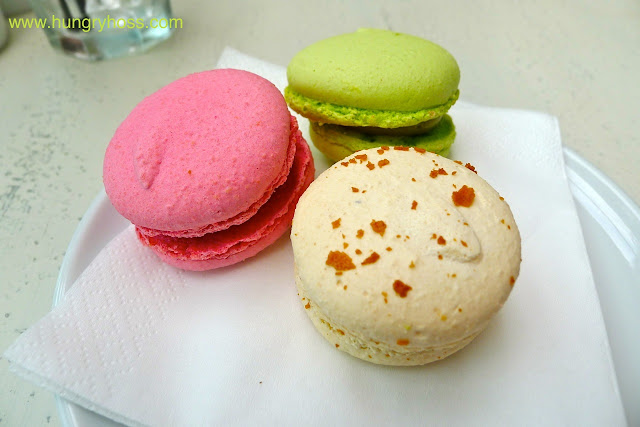 To end with one of Cantona’s more ‘sensical’ quotes, “Whatever happens, there are always things you could have done better. You score two goals and you usually feel you could have scored a third. That's perfectionism. That's what makes you progress in life.” - whilst Aubaine is not perfect, for me it’s a most welcome addition to the city centre’s dining options.