To celebrate London 2012, the theme and title of the seventh series of the Great British Menu, which returns to BBC2 this spring, is ‘The Olympic Feast’.

This year, Aiden Byrne will once again be representing the North West - competing against Johnnie Mountain and first-timer Simon Rogan of L’Enclume for the opportunity to cook at a gala dinner hosted by British Olympic legend Sir Steve Redgrave at the Old Royal Naval College in Greenwich. 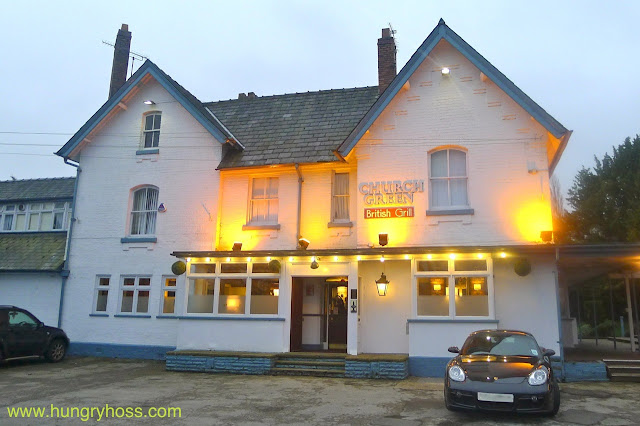 The three core Olympic values, as set by the founder of the Modern Olympic Movement, Pierre de Coubertin are respect, excellence and friendship. Having been set the challenge to ‘create a ground-breaking menu fit for Olympic heroes’, I’m sure that whatever respect and friendship the competing chefs may have for each other will be pushed aside in their pursuit of excellence. 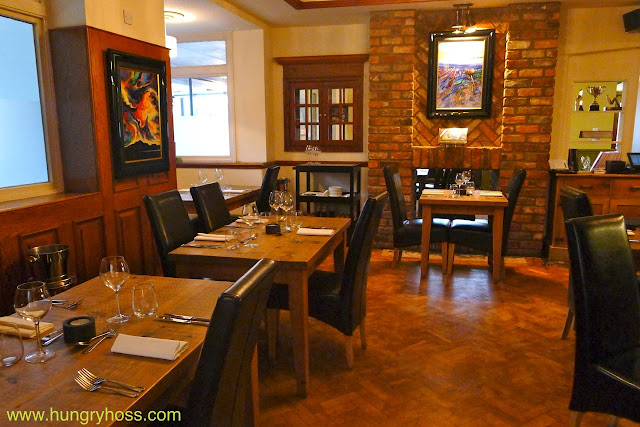 Aiden has been quoted as saying, “I was delighted to be asked to return to the programme for a third time and this year the heat has risen in the kitchen in more ways than one! The brief is much harder allowing the chefs to really showcase their own talents. I am so proud to be representing the region that I’m from and an area that I have firmly planted my business and family roots in.” 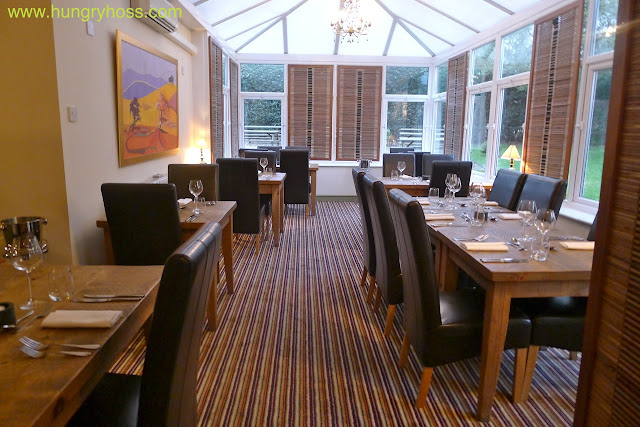 The last couple of times I have eaten Aiden’s food have been when I recently popped into The Church Green following its re-launch as a British Grill to check out the INKA grilled burgers (see here) and last August when I visited his new Craxton Wood site for a steak (here). 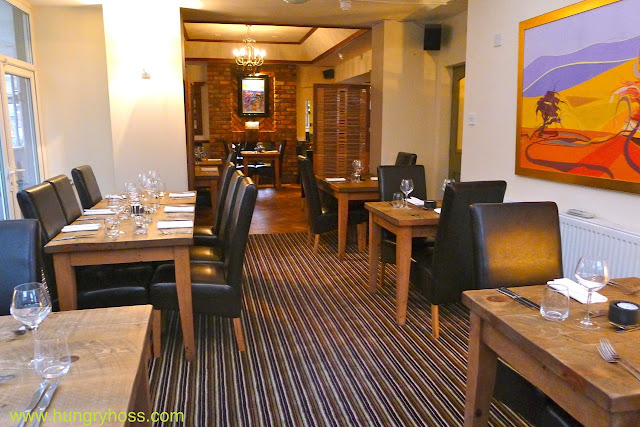 Whilst the burger and the steak were both amongst the best I have eaten, Aiden’s world-renowned reputation and place on Great British Menu amongst the UK’s cooking elite have undoubtedly been earned through his more creative and refined ‘Michelin style’ cuisine. The Church Green’s 5-course degustation offers diners a chance of tasting such culinary delights. 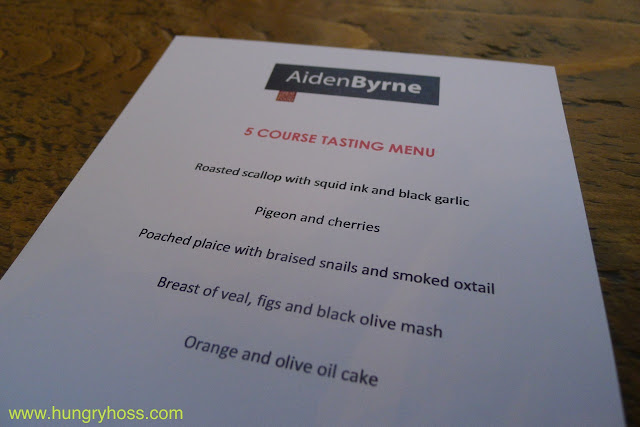 Roasted scallop with squid and black garlic – the scallops, served on a squid ink risotto were perfect; some of the tastiest I’ve had. The dish came garnished with fronds of wild leek, a shaving of Parmesan and a clove of black garlic. 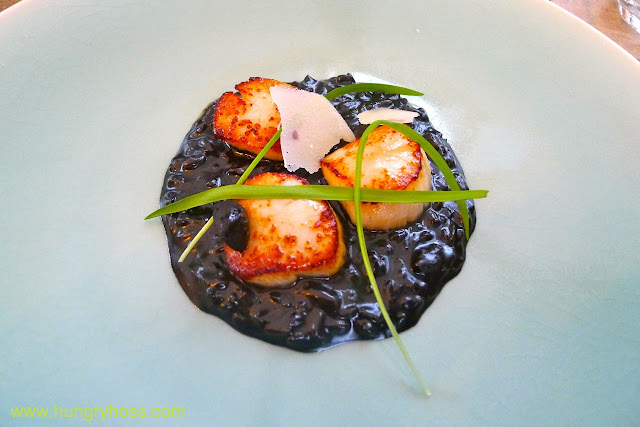 With roots in Korean and Thai cuisine, black garlic is an ingredient that over the last few years progressive western chefs have begun to use with increasing imagination for its depth of flavour and low garlic potency – as a result, it’s one of the latest food trends that the supermarkets have finally caught up on. Be warned, it can be eaten straight from the pack and with its sweet and caramelly flavour is very moreish - in Aiden’s dish, the sweet acidity had a beautiful synergy with the scallops. 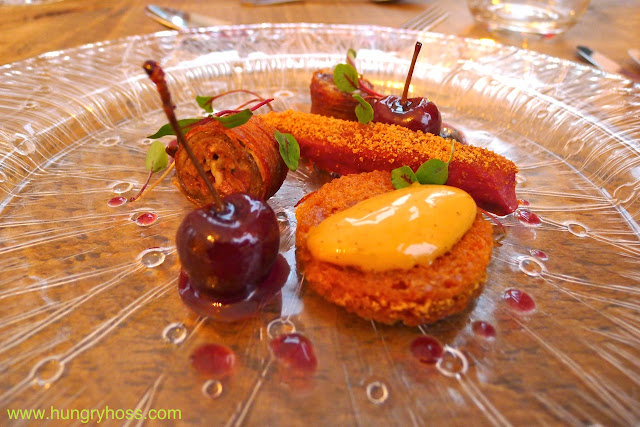 Pigeon and cherries – I’ve always known pigeon to be underrated meat but this was absolutely stunning; possibly the best dish I have eaten so far this year. The cherries paired perfectly but it was the breast meat and confit hearts that were simply sublime - my words and pictures cannot do it justice. 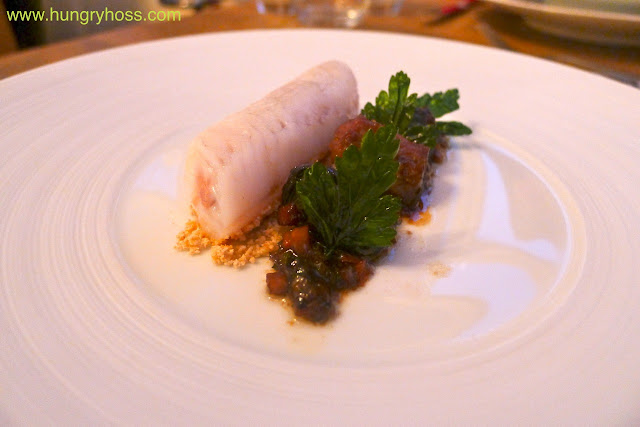 Poached plaice with braised snails and smoked oxtail – set on top of ‘onion powder’ this dish starred the cannelon of plaice poached with its smoky oxtail centre; the subtlety of this was offset with the richness from the accompanying oxtail and snails with delicate parsley crisps - another top drawer dish. 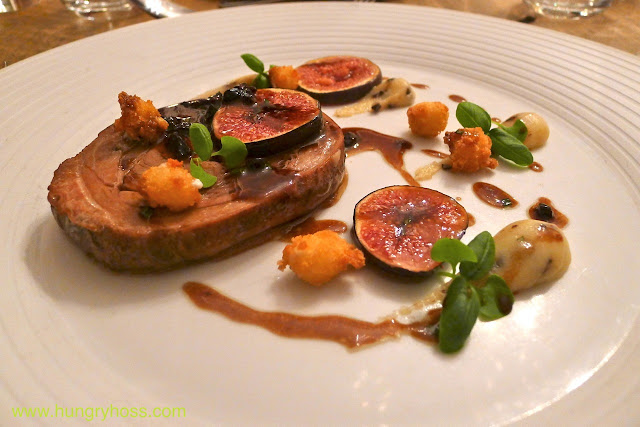 Breast of veal, figs and black olive mash – a stunning looking, arranged artistically dish; it always amazes me how top chefs manage to create these scattered plates and make them so attractive but when I try at home, they just look a mess.

Despite having veal on a number of occasions, this was my first ‘veal breast’, from the welfare friendly British Rosé Veal. If not cooked correctly this inexpensive cut can be tough and fatty, but Aiden had prepared his perfectly - the pink hued meat was so tender and flavourful (a cut I’ll definitely look out for in the future). 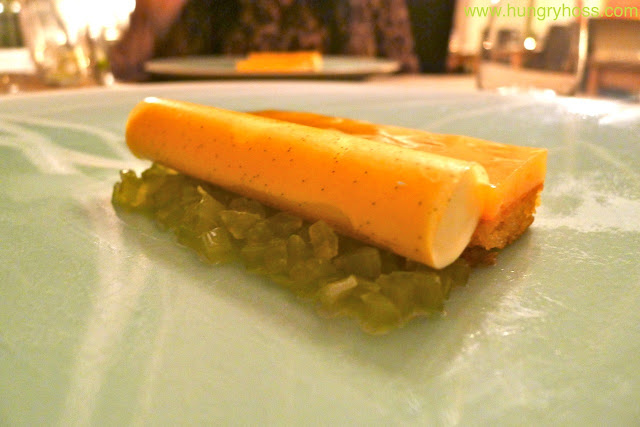 Orange and olive oil cake – served with an orange and cardamom ice cream cannelloni set on candied celery, this was a modern take on an Italian olive oil cake. It may not be as striking as some desserts but its flavour was immense. 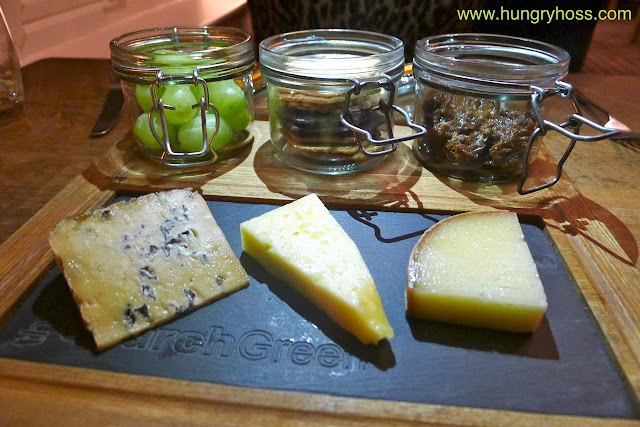 Wanting to end the meal with a Wiese and Krohn 1978 Colheita, I also ordered a Plate of artisan cheeses and a Triple chocolate mousse, gingerbread and poached pear. Please don’t think this is because the 5-course menu is not filling (it was) - it’s just that I simply adore Aiden’s gingerbread and could not visit The Church Green with out treating myself. 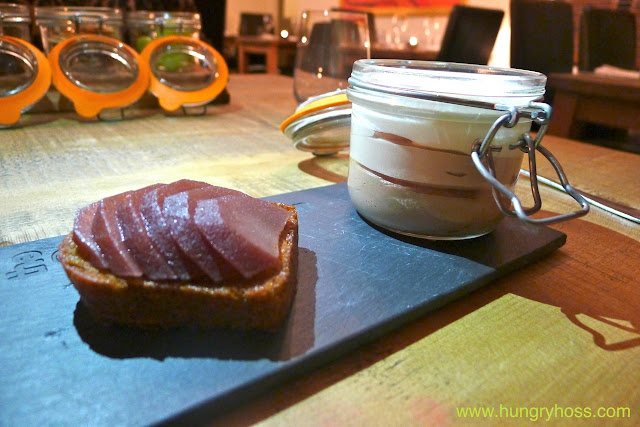