Aldeli is the New York style diner in Alderley Edge. Housed ‘in the round’, the funky, modern  deli makes imaginative use of a former car showroom. 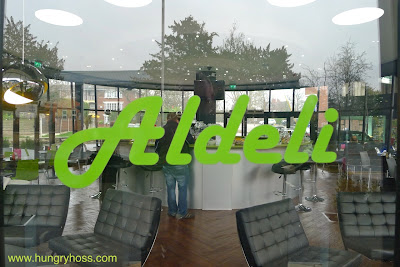 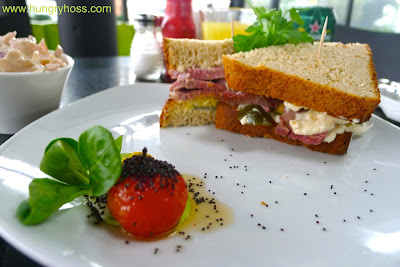 The salt beef was quite expensive but very well done, with a light rye bread; tasty gherkins, horseradish, mayo sauerkraut and a good amount of freshly hand carved beef. 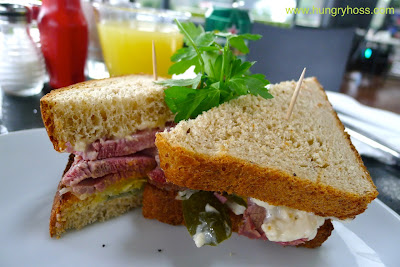 The bagel was the best I’ve had since moving from London and the oft visited Brick Lane Beigel Bake (apart of course, from the ones I bake myself, when I have time), I meant to enquire if they are made on site but they had a rush on as I was leaving, so didn’t want to impose. 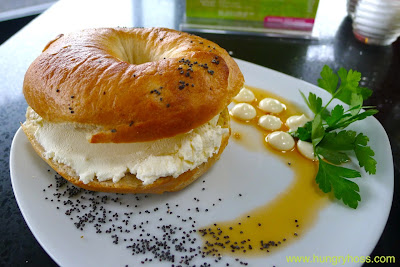 The cream cheese was good quality and generous in its application… the presentation of mayo dotted around the plate; drizzled with chilli oil; sprinkled with poppy seeds and garnished with a sprig of flat leaf parsley was unnecessary – but on the other hand it’s nice to see that they are making some effort. 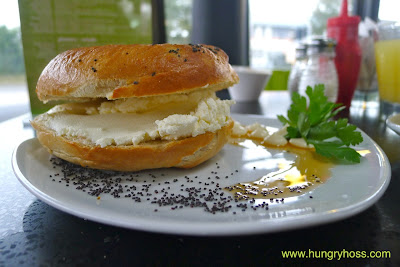 With such delights as the Giant 10 inch New York Beef hot dog, Potato Latkes, Pastrami on Rye and Smoked salmon yet to try, I’ll certainly be going back.