When I studied Spanish at the Instituto Cervantes in Manchester, each week after the lesson a few members of the class would go out to have a drink, something to eat and practice all we had learnt.

We’d generally head to one of the nearby Spanish restaurants: Evuna, El Rincón de Rafa or La Viña. But more often than not we’d only make it as far as Dimitri’s – although not Spanish, the Mediterranean menu, relaxed atmosphere and location next to Cervantes made it the ideal spot. 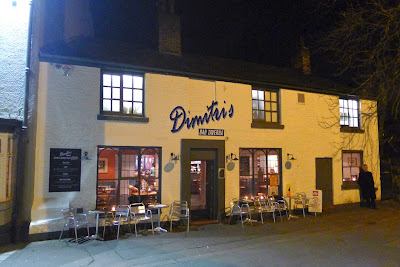 As a result, I know the food of Dmitri’s well; so when they opened up an outpost closer to home, in Didsbury, I was keen to check it out. 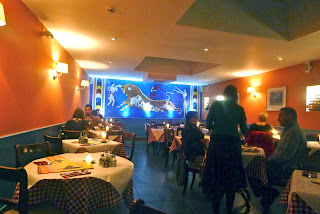 Sadly, on the whole the food and experience was disappointing. The staff were friendly and service was good but we went on a Thursday night and there was little atmosphere compared to its older city centre sister. 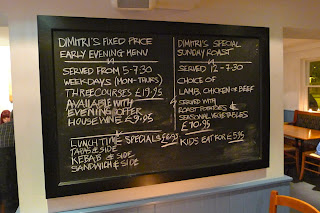 Perhaps visiting on a busy Friday or Saturday night would offer a better all round experience? (Although, I’m not so sure this would help the food.)

Ordering from the ‘tapas’ section of the menu, we greedily ordered far too many dishes for three people (especially as the portions were somewhat bigger than we expected.) The waiter indicated that the kitchen would send the dishes out as and when they were ready – which was fine by us.

The next thing, seemingly seconds after ordering, all the dishes arrived together – which did suggest that not much is cooked from fresh. This would certainly explain why we found the Pasha rice dish (for £5.45) had the texture of toenail clippings and why the Patatas Bravas (for £5.75), although looking crispy, were soft and tired. 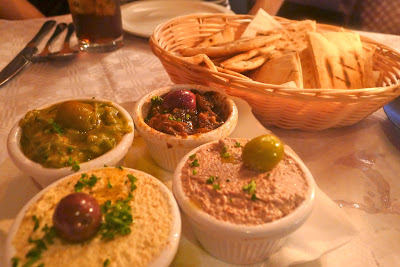 The better dishes included the Four dips served with hot pittas (for £8.95) – we selected Guacamole, Hummus, Melinzana (an aubergine and tomato dip) and Skordalia (walnut and garlic). The Guacamole was a bit sloppy for our taste but we found the other three very enjoyable. 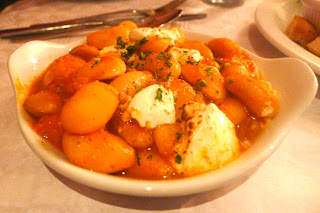 For me, the most flavoursome dish was the Gigantes (for £5.85) featuring giant butter beans, served warm, in a spicy tomato sauce with crumbly feta. 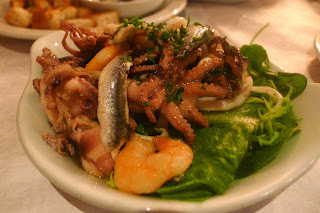 More disappointing dishes included, Salt & pepper ribs (£6.95), the tasty jalapeño sauce was not enough to make up for what we felt was poor quality, tough, chewy meat. Similarly we found the Greek roast lamb (£6.95) was dry and leathery. 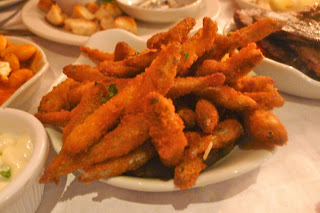 Instead of the expected light, seasoned flour the Whitebait (£6.35) were lost in a heavy, orangey breadcrumb, which gave them an overall oily taste.

Not impressed with the ‘mains’, I opted out of dessert, whilst my wife had the Crema Catalaña (£3.95) and my stepdaughter chose Chocolate and mint ice creams (2 scoops for £2.95).

Would I return? Only in a large group, but even then, I think I’d want to just fill up on bread; seafood antipasti; olives and perhaps a bowl of the gigantes – although, I’d probably suggest we keep driving and visit the city centre branch.