Wilmslow, along with neighbouring Alderley Edge falls within the political constituency of Tatton. Both towns are famously popular with soap stars, Premiership footballers and their WAGs. Represented by the current Chancellor of the Exchequer, George Osborne, Tatton is the third most affluent constituency in the UK outside of Kensington and Chelsea and the City of London and Westminster. 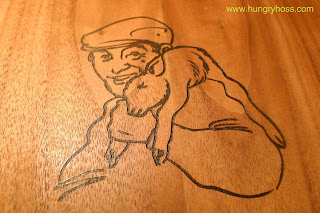 For an area of such affluence I’ve long been bemused as to why there are not more top quality restaurants in the area. One restaurant, which, since opening in October 2011 has swiftly built up a solid reputation for excellent quality, tasty food and great service, is Wilmslow’s intriguingly titled Stolen Lamb. 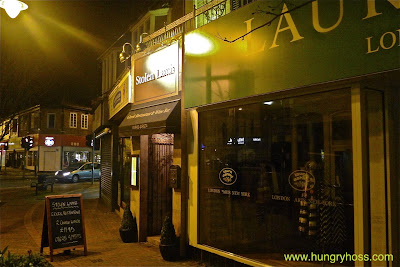 With it’s entrance tucked between Mark Rodgers Shoe Repairs and Laura Ashley on the part pedestrianised Grove Street, the restaurant and wine bar could easily be missed. Inside, the space is best described as ‘rustically modern’. Some tables are set in dark corners; others are well lit – to my wife’s slight annoyance, choosing photography over romanticism we I selected one of more illuminated tables. 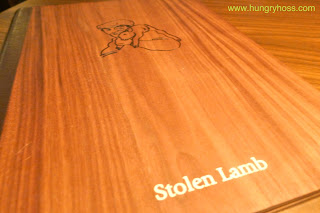 As the menu informs, ‘the signature dish of Cyprus – Kleftiko literally means “stolen lamb”. The story goes that the “Greek Kleftes,” Bandits who hid in the mountains, would sometimes steal a lamb for food. They cooked it sealed tightly on a buried pit of coals to keep a low profile, and not give away their hideout by sight and smell.’

We started with a complementary selection of dips with pitta – the vibrant beetroot and pistachio tasted as good as it looked whilst the aubergine and sesame tasted way better than it looked with a deep smoky garlic flavour. 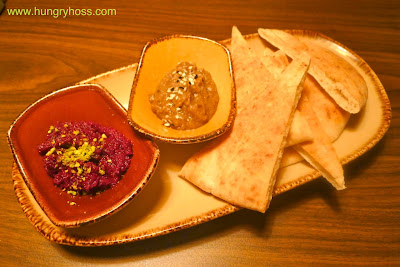 Local ‘idiot’ Karl Pilkington once said, “it’s a trend—it won’t last long, it’ll be like hummus.” With imaginative dips like these, served instead of the traditional hummus, maybe Karl is not the idiot we all thought he was after all. 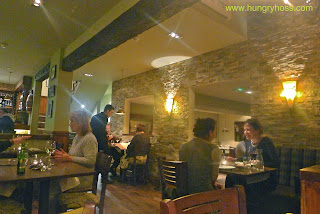 For ‘orektika’ (starters), my wife selected the Artichoke Soup whilst I plumped for the Oysters. 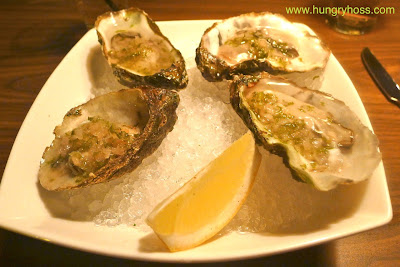 Served with Ouzo, tarragon and shallot slush the oysters went down very well. I’m not generally a fan of ouzo but it made an interesting and refreshing accompaniment – not sure if I’d rush to pair the two together again but it seemed fitting for the setting. 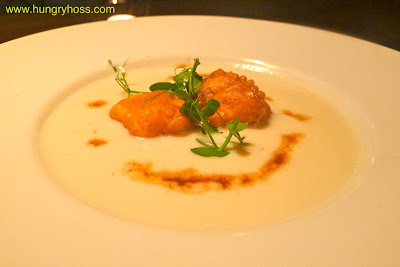 The artichoke soup was simple yet sublime topped with sweet garlic confit and two fresh tasting feta fritters – one of the best soups I’ve tasted in a while.

From the ‘skara’ (grill) for my main, I selected the Bandit Burger, served with ‘halloumi cheese, salad, cucumber Tzatziki and Mama’s chips’  – last week, on the Aiden Byrne’s Church Green post (see here) I was criticising “faddish monstrosities complete with giant towers of toppings, held together with wooden sticks” but credit where it’s due, this should not be called a ‘monstrosity’ having been made in-house with good quality, flavoursome lamb it was a pretty decent burger. 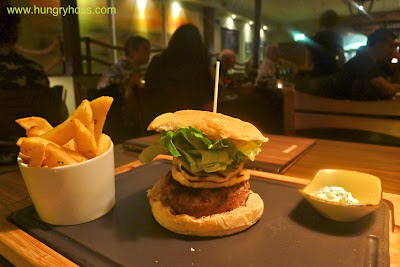 I’d also like to thank ‘Mama’ for her chips. As for the ‘tzatziki’ accompaniment, I’ve never quite got the Greek want for serving cucumber flavoured yoghurt with everything - and still don’t. (I think if Karl Pilkington wanted to knock Hellenic cuisine, he would’ve been less of an idiot to have a go at tzatziki.) 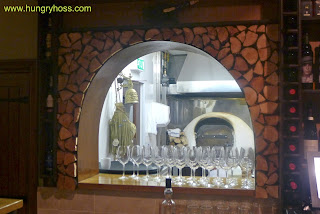 For her ‘kyria’ (main course) my wife, as did seemingly half the other customers, selected the eponymous signature dish, Stolen Lamb. Our waitress was on her trial night and could not tell me how many hours the lamb had been cooked in the traditional wood fired oven; which I suppose is insignificant - all you need to know is that it was delicious and to use a cliché, was ‘falling off the bone.’ (Service incidentally, was friendly and attentive all evening). 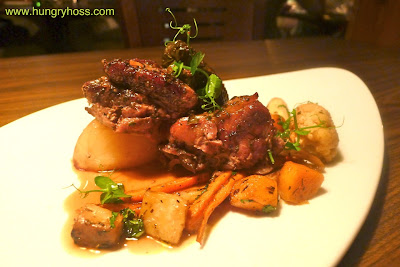 The accompanying ‘wood fired root vegetables’ all retained a good bite and patates oftes (potatoes baked in the coals) were superb. Due to the fact that she had once had an unpleasant experience with a tinned stuffed vine leaf, instead of just a taste, I got to eat all of the lamb dolma – much better than the tinned ones. 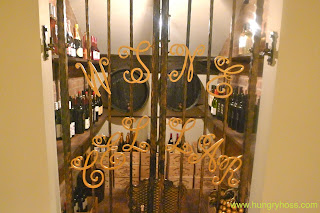 After the excellent starters and mains, the desserts were a slight let down - although, this speaks more about our feelings towards Greek desserts in general than Stolen Lamb’s execution. 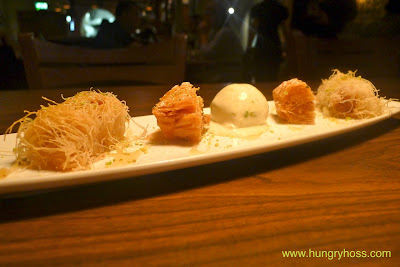 I selected the Greek Pastries – the pistachio ice cream was very subtly flavoured; the baklava too sweet for my palate and the kataifi just reminded me of soggy shredded wheat. (Next time, I’ll go for the Oreo biscuits cheesecake - ‘Kati Oreo’. Apparently ‘oreo’ is a Greek word that translates as ‘nice’). 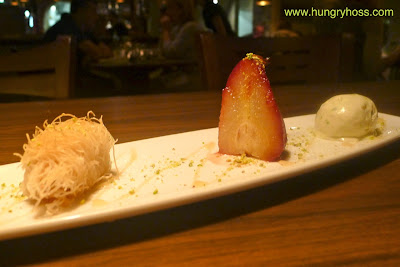 My wife’s Poached Pear, featured the same pistachio ice cream and kataifi served with a no better than average poached pair.

I’d like to thank Kath (@fostersfish) from Foster’s Fish and Chip Shops in Alderley Edge and Didsbury for recommending Stolen Lamb – a great Greek restaurant and a welcome addition to the dining options in the area – I’ll definitely be returning.