On a few occasions now I have thought about ‘branching out’ by also blogging hotels – stays in the New York’s Waldorf Astoria and Singapore’s Raffles and New Majestic have been memorable parts of our gastronomic travels.

So far, I’ve managed a couple of brief mentions for The Metropolitan Hotel when blogging ‘Asia’s No.1 restaurant’ Nahm and the five star St. James’ Hotel where we stayed when visiting William Drabble’s Michelin starred Seven Park Place.

In reality though, I don’t really know what more to say other than the room had a bed, an en suite, was clean and maybe a couple of funky features.

The Ace Hotel in London’s Shoreditch, is the only non US outpost of a small chain which, according to Wikipedia, was designed to appeal to the “creative class”. I think the phrase “creative class” loosely translates as “hipster”. 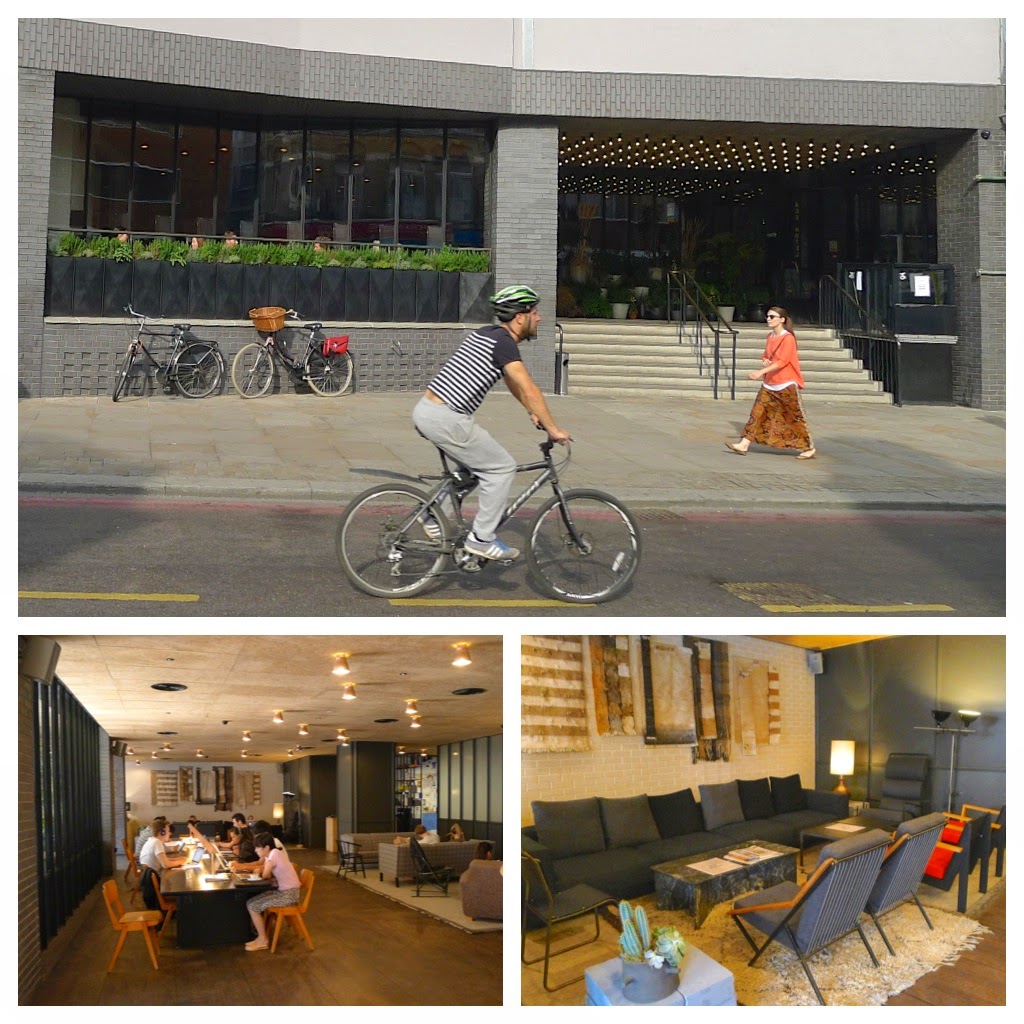 According to my stepson who recently stayed at the Ace NY, one of the most significant features of Ace hotels are the lobby areas – in this one a florist, coffee shop and juice bar paired with long desks equipped for laptops and comfy chairs mean that there are always plenty of people about to create a buzzy vibe. Of an evening, a DJ or live band fuels the party atmos. 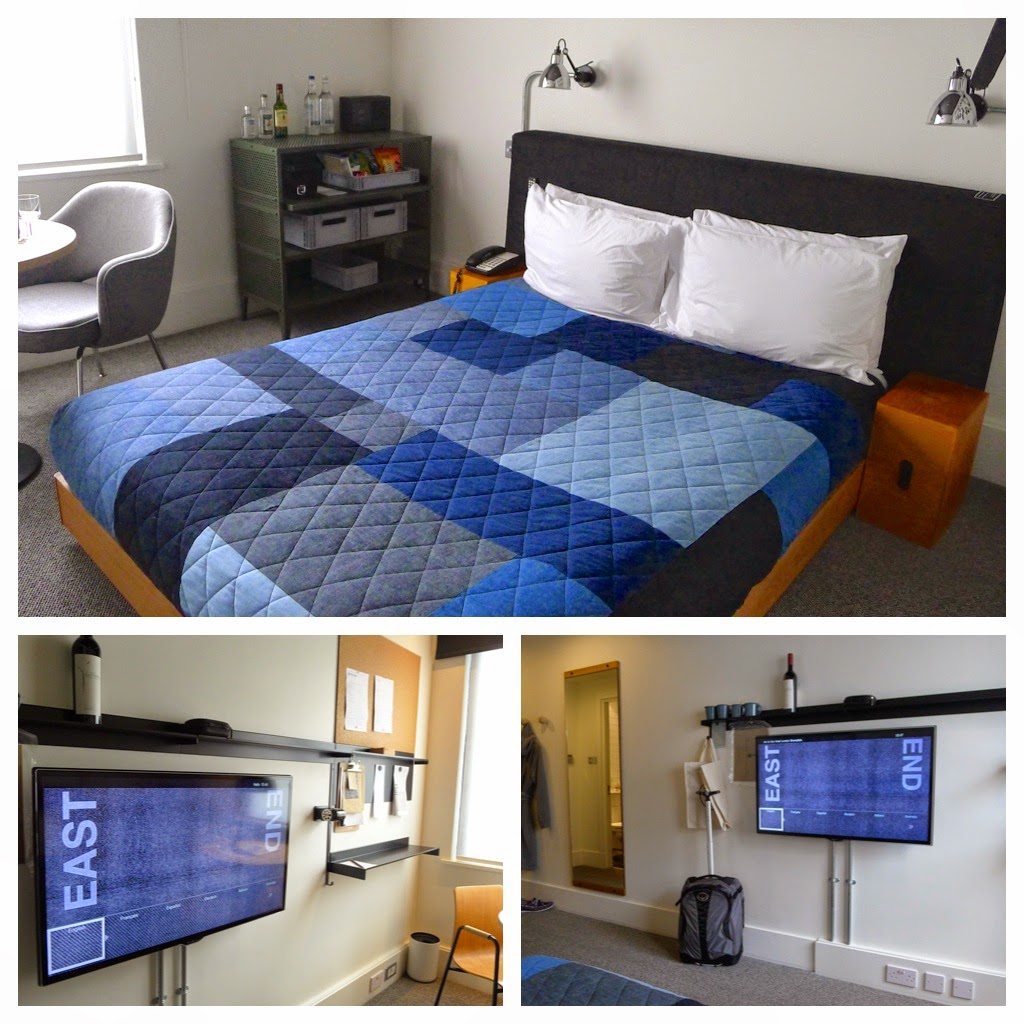 Anyway… the room had a bed, an en suite, was clean and had a couple of funky features, including: a wall mounted pencil sharpener and the words “take your pleasure seriously’ daubed onto the wall. 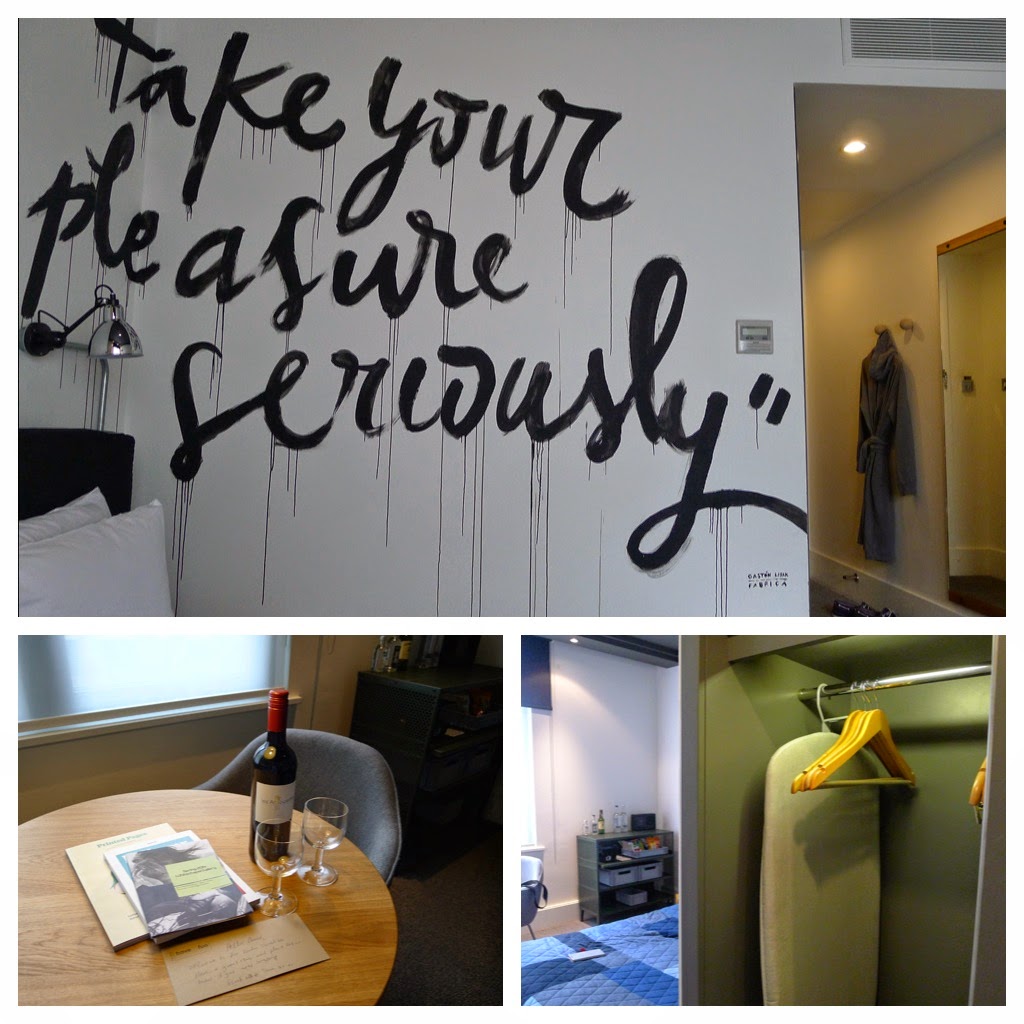 There was also a well stocked mini bar, sweeties and various products in the bathroom including head ache tablets. The air conditioning was good and the bed was comfortable. As we had booked through Mr & Mrs Smith we were given a bottle of wine as a ‘Smith Extra’. 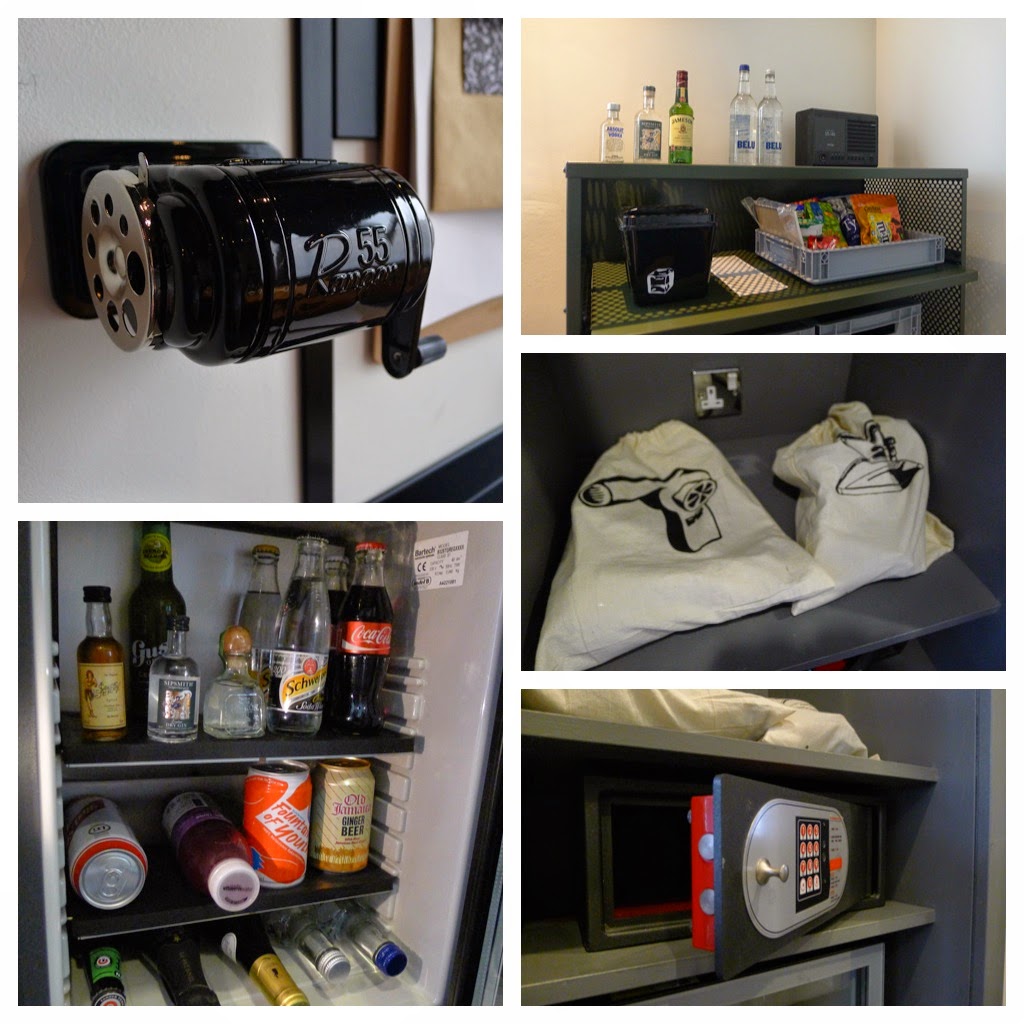 Before I get to the Hoi Polloi breakfast, a little about the neighbourhood. With it’s address at 100 Shoreditch High Street, the Ace is ideally situated for visiting so many of the capitals hip foodie haunts such as HKK, The Clove Club, Lyle’s and St John Bread & Wine. These along with the likes of Dishoom, Hawksmoor, Tramshed and Merchants Tavern are just the tip of the iceberg. 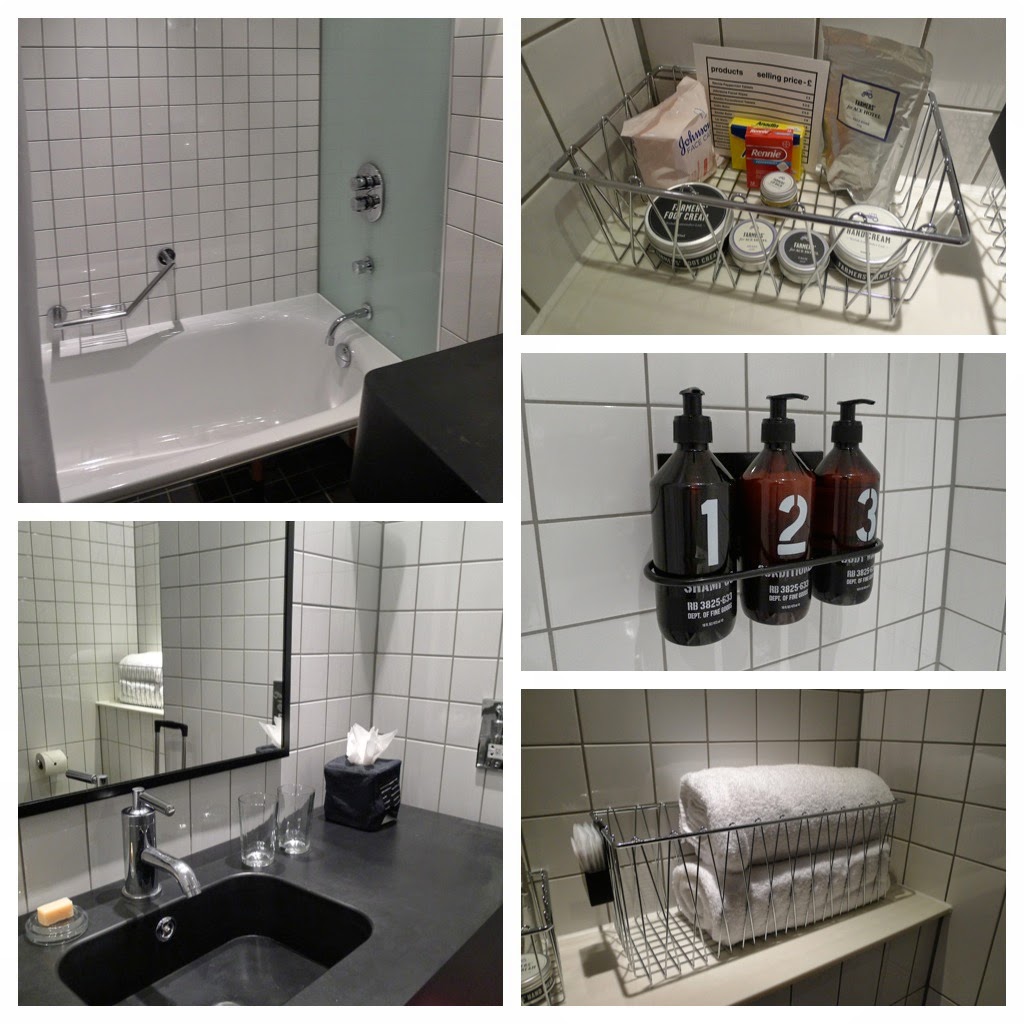 A slight downside is the fact that the nearest tube station, Liverpool St, is a ten minute walk away but a leisurely detour through Old Spitalfields Market makes its less of a chore. 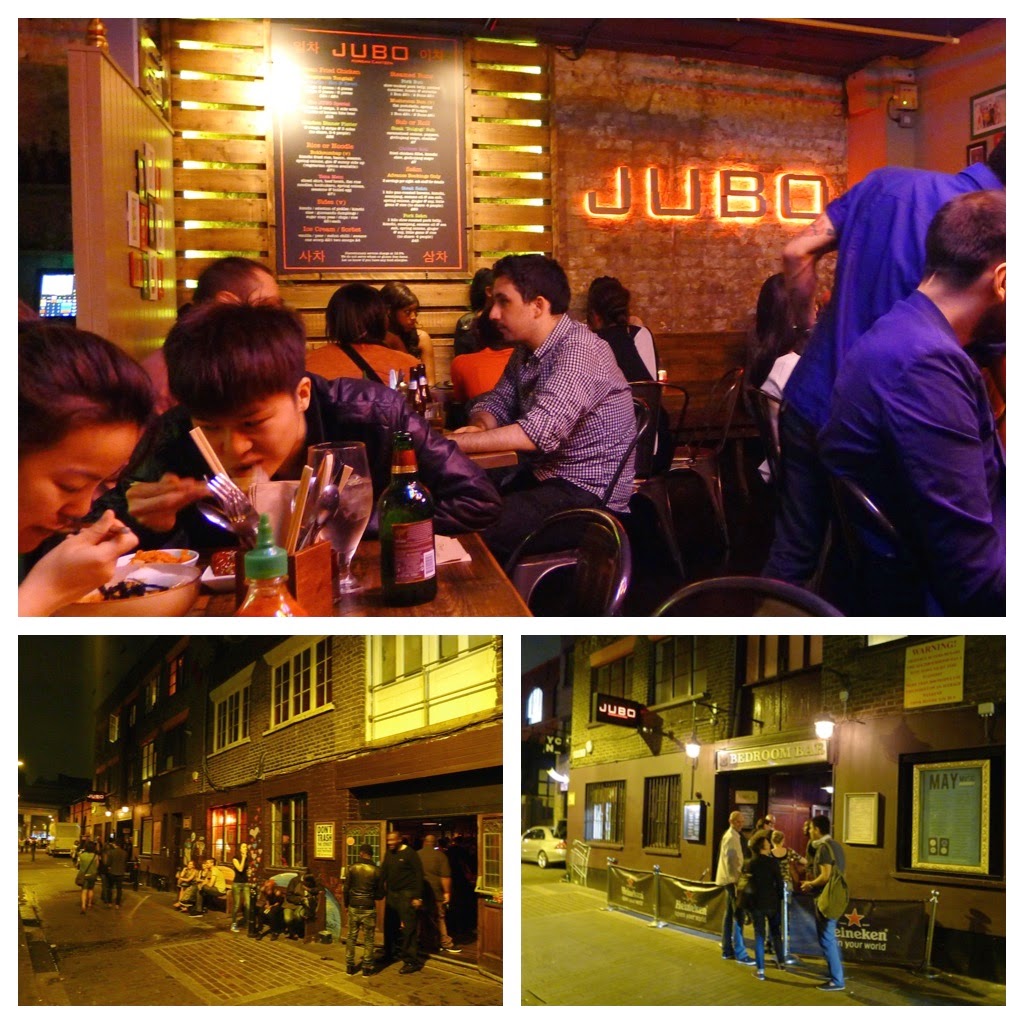 The hotel’s Hoi Polloi kitchen serves food 24 hours to guests but feeling like a late night snack, I decided to scoot over the road to Jubo Korean Canteen, located inside ‘Bedroom Bar’ on Rivington Street. 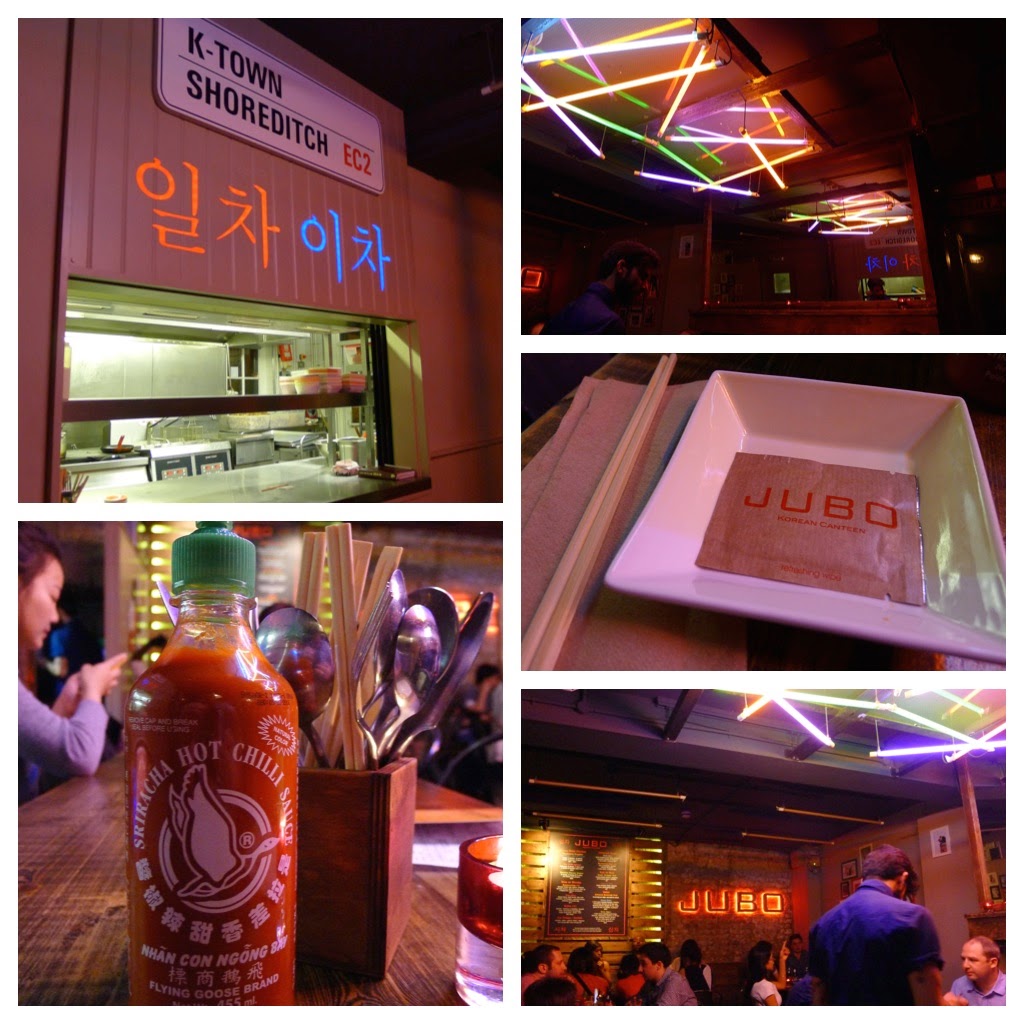 They have a small menu which features a Bokkeumbap rice dish, Yaka Mein broth and Steak ‘Bulgogi’ Sub and a Chicken Roll - as you’d hope kimchi and sriracha features heavily on the menu. 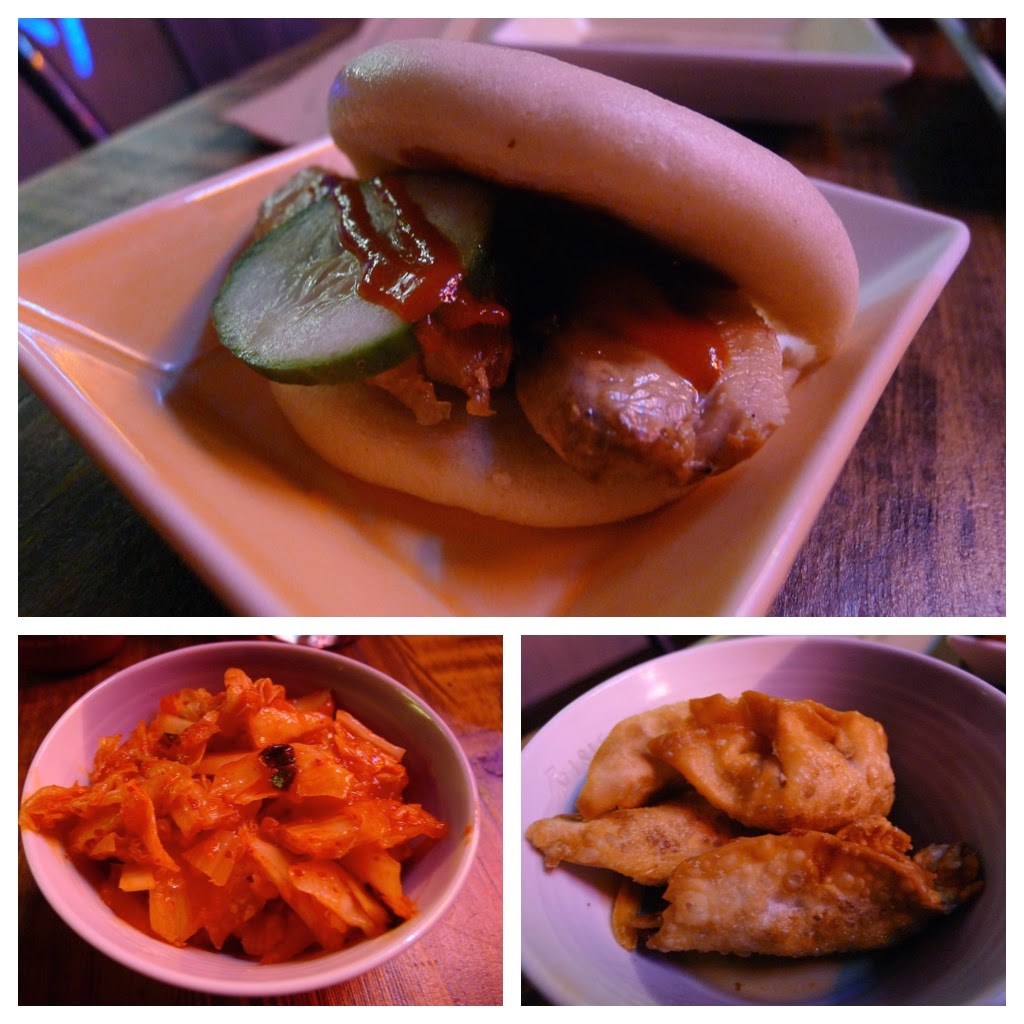 I ordered one of the Steamed Pork Buns with slow cooked belly pickled cucumber, hoisin & sriracha and a side of Kimchi and some Gunmandu Dumplings – all three were good although the buns were far from the best I’ve had. 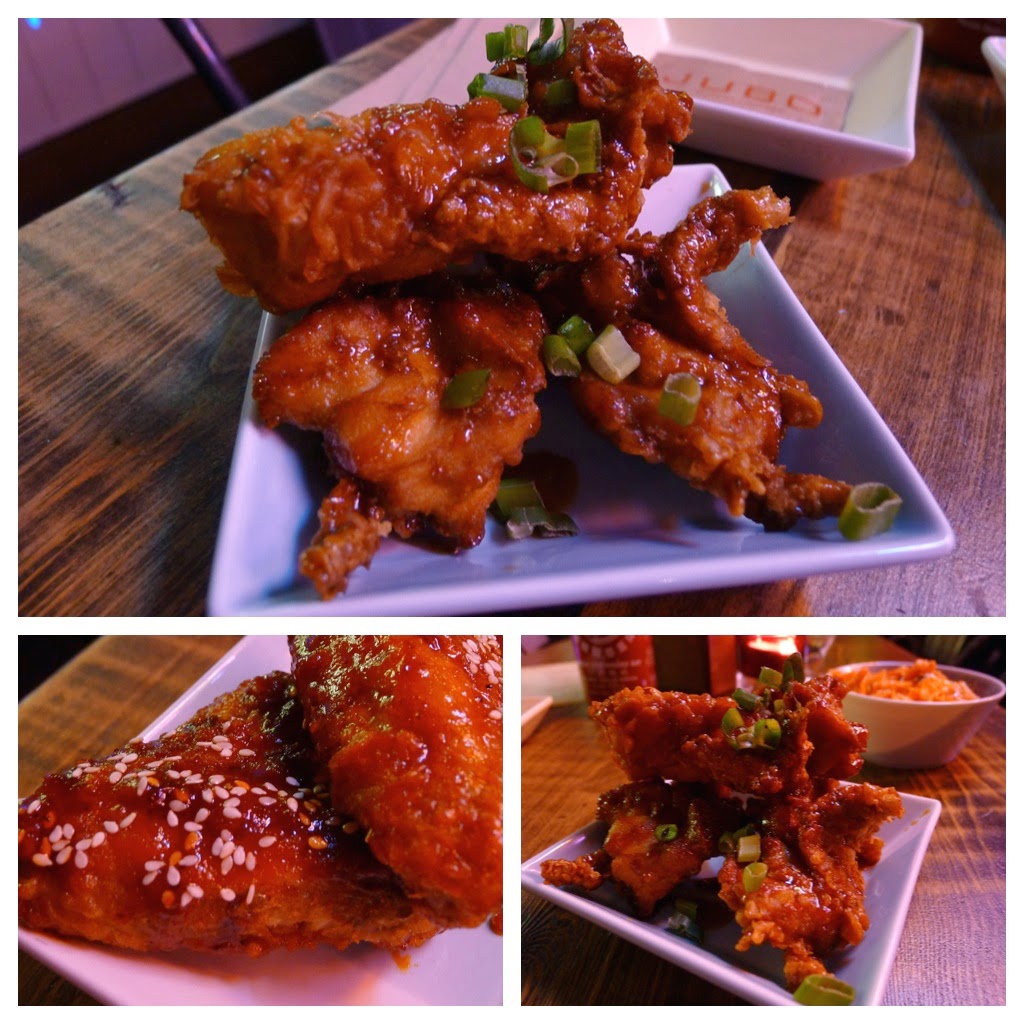 The ‘Yangnyeom Tongdak’ fried chicken was excellent – the best I’ve had! (Granted, I’ve not had as much as I’d have liked.) I opted for ‘hot & sweet’ wings and ‘soy garlic’ strips – both were meaty with a crisp skin. Jubo is definitely somewhere I’ll be returning. 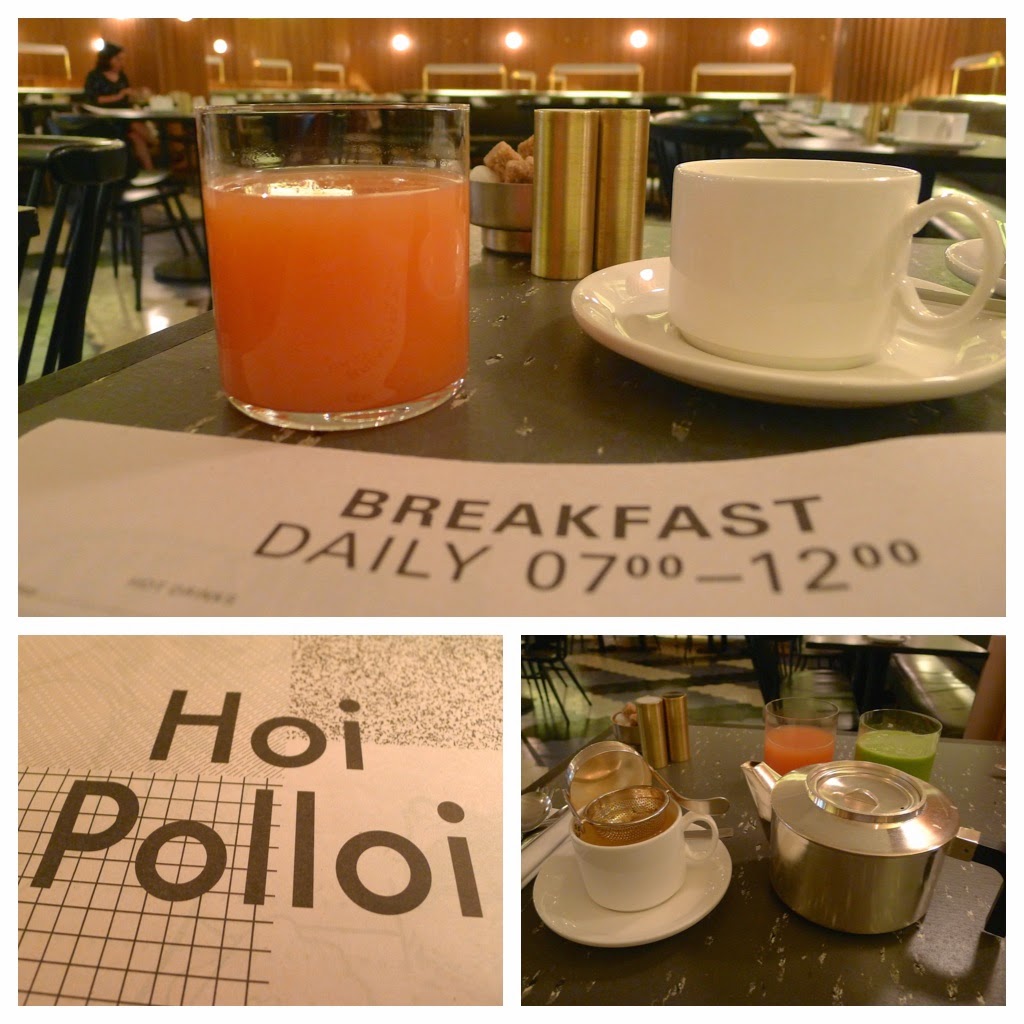 After a good nights sleep back at the Ace, my next meal was breakfast at Hoi Polloi. 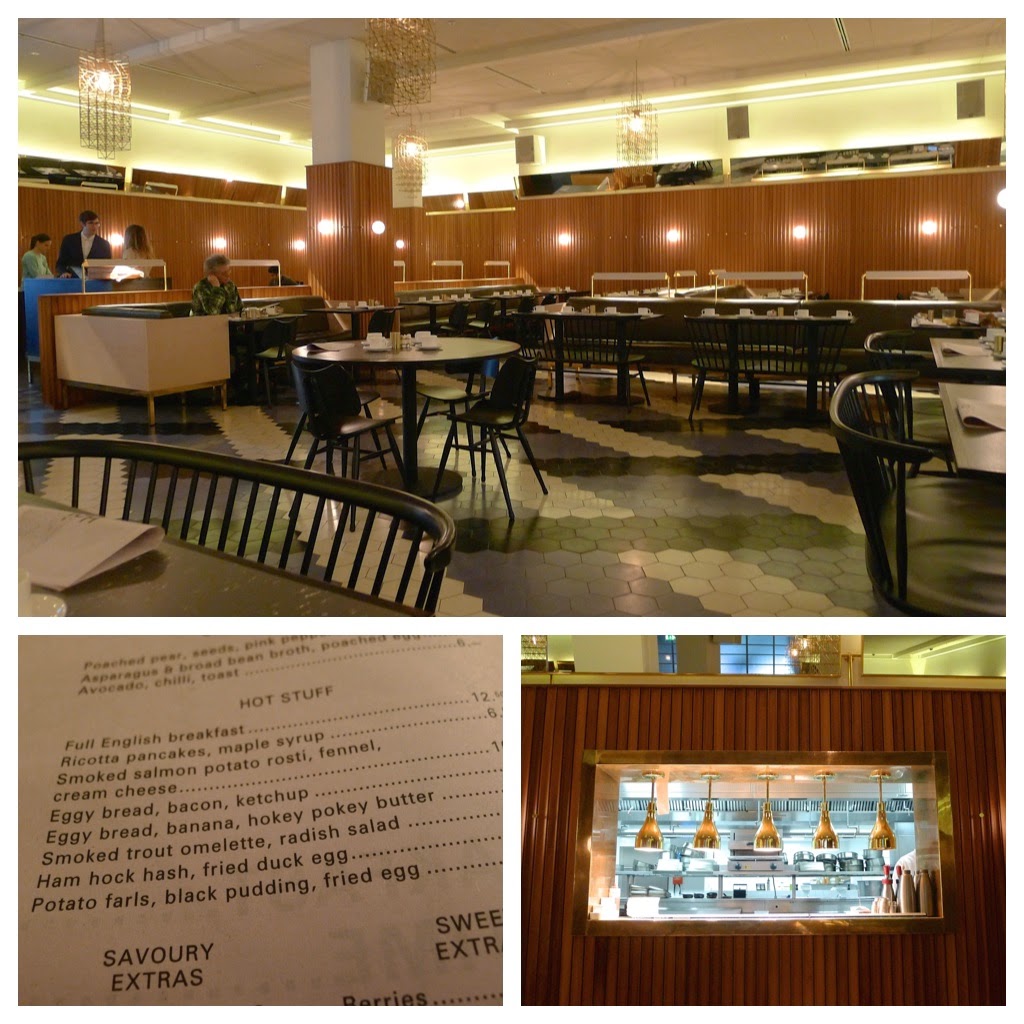 I opted for a standard Grapefruit juice and a pot of Lemongrass tea from the Rare Tea Company. My wife went for the far too healthy sounding, Avocado & greens – viridian juice, coconut water, avocado, date, coconut oil, pink rock salt… each to their own! 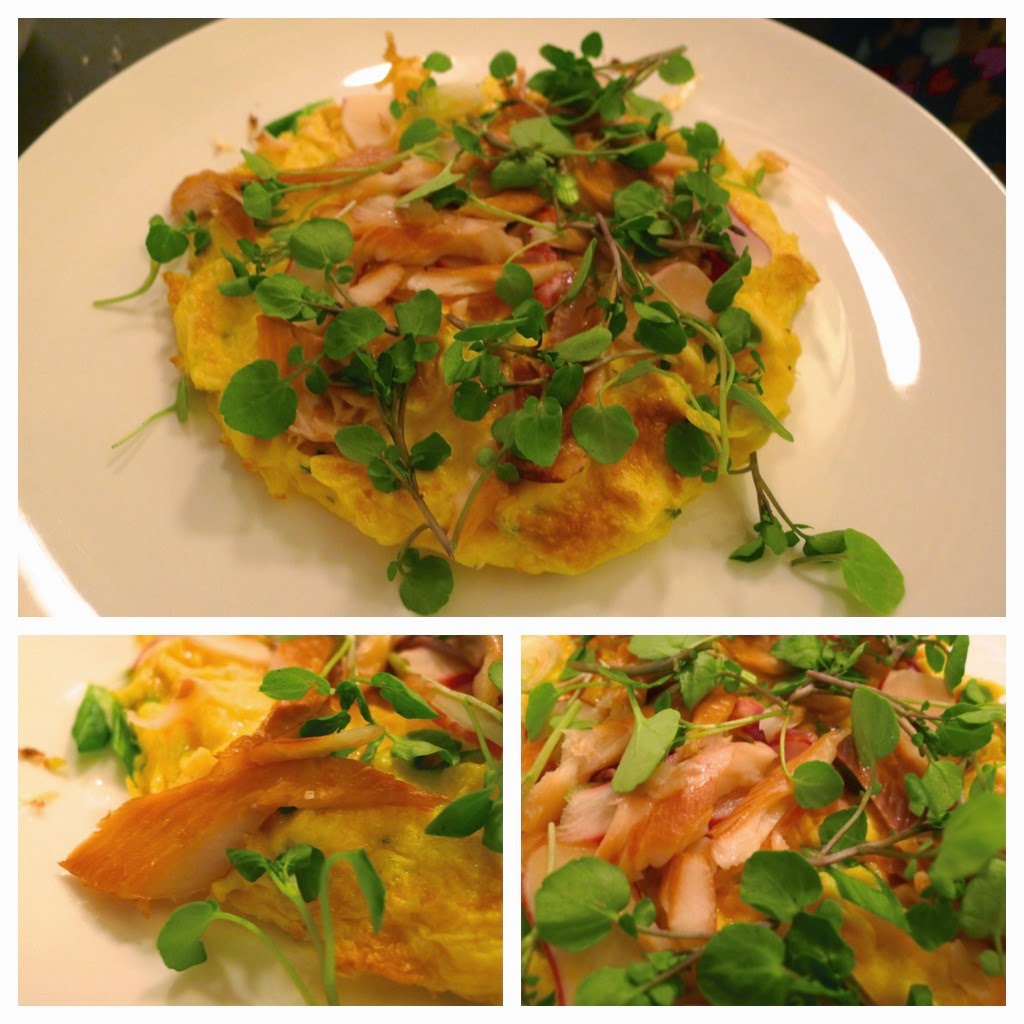 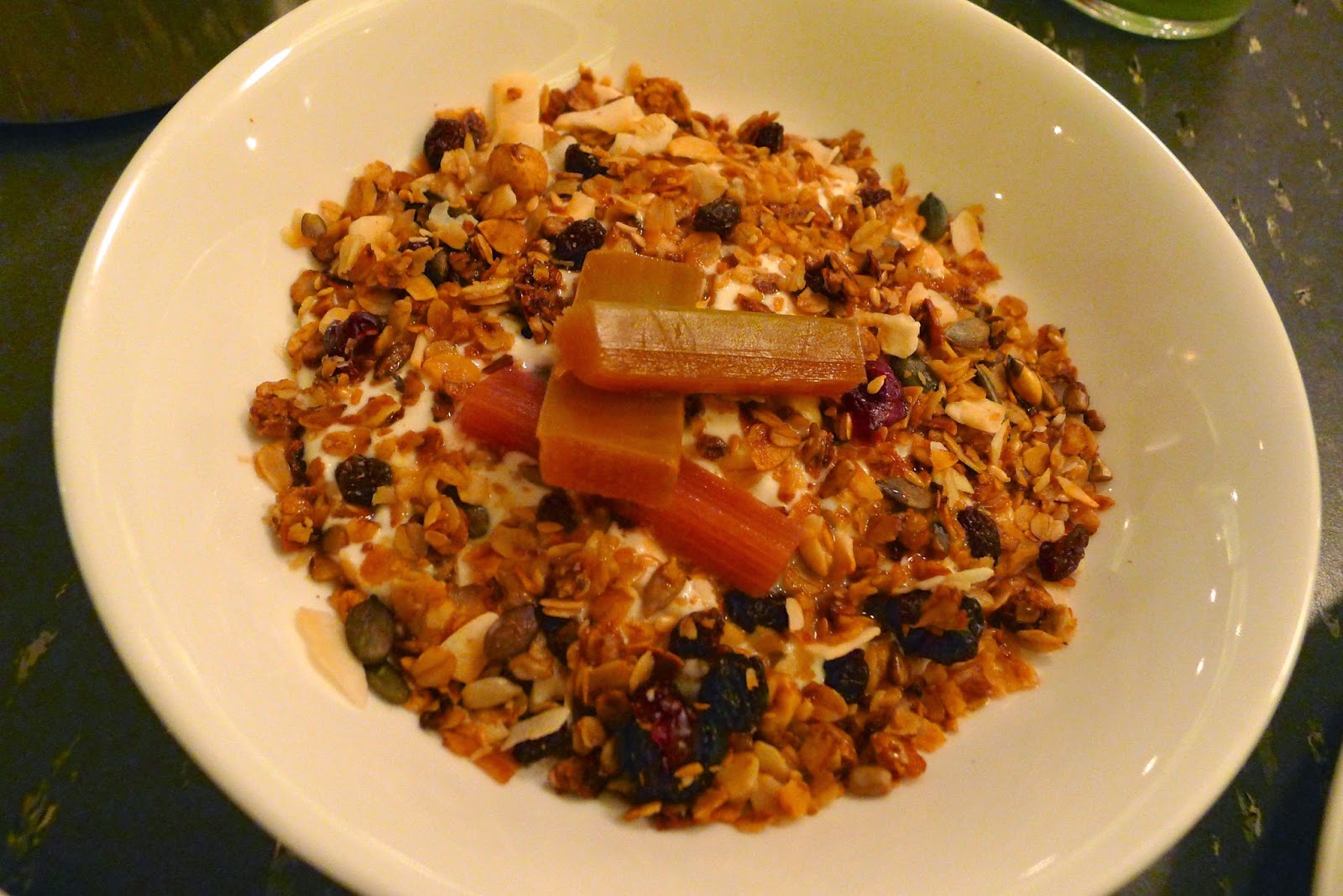 Granola, yoghurt, rhubarb – I found the rhubarb a little tough and squeaky; no complaint regarding the yoghurt and fruity granola.

Potato farls, black pudding, fried egg – a good potato farl should have a dense gnocchi like texture, these were loose and floury. The egg and black pudding elements of the dish were spot on.

If you like the whole hipster vibe and are looking for a comfortable place to stay in Shoreditch, then the Ace hotel could be… well, just ace!

PS: Check out my post on ‘The Best Breakfast in Shoreditch’.