In London for one night, we finally got to stay in One Leicester Street – I had wanted to stay in the hotel when it was Fergus Henderson’s St John Hotel but it was always fully booked on the dates we were travelling.

Now renamed One Leicester Street, the hotel and Michelin starred restaurant of the same name are part of the Unlisted Collection – a group I know well from my travels to Singapore owned by “the man with the golden touch”, Dublin born, University of Sheffield and LSE educated, Loh Lik Peng. 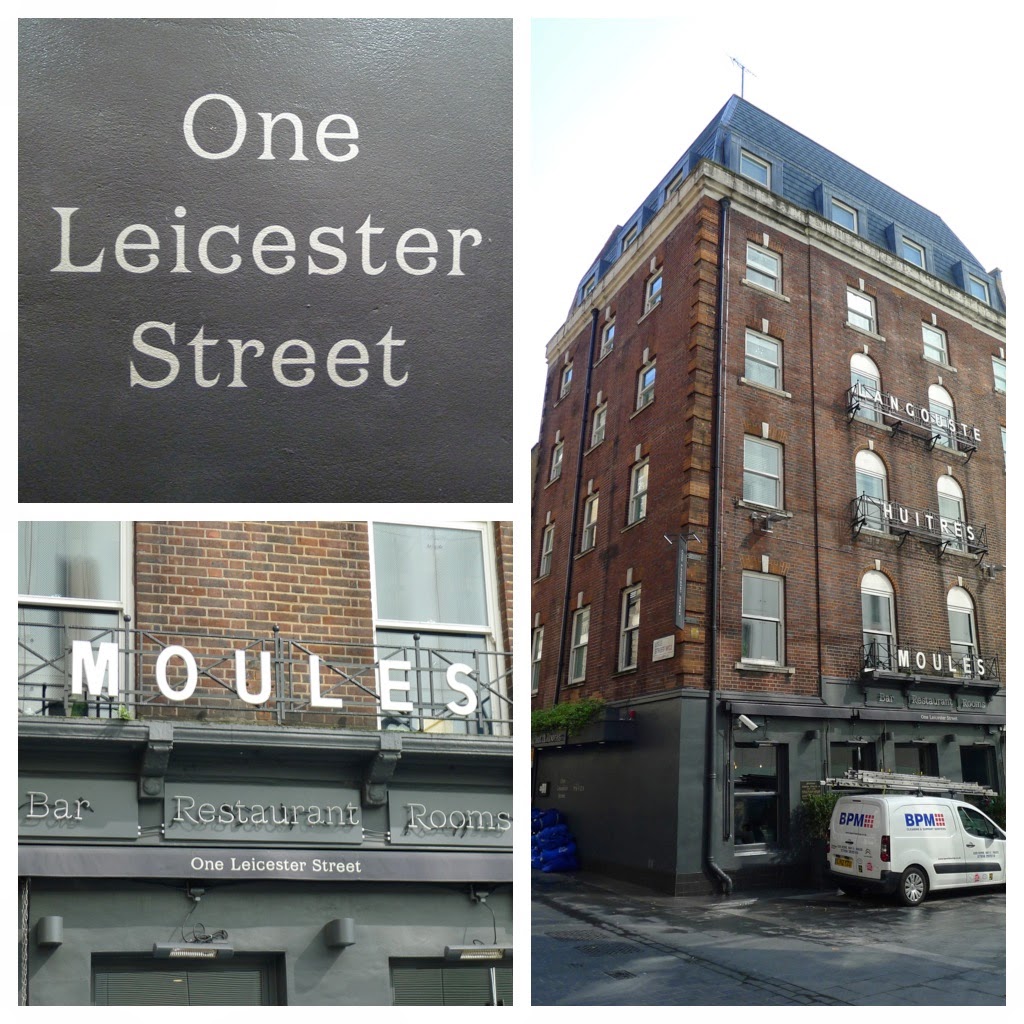 In Singapore we have stayed in his Wanderlust and New Majestic Hotels and eaten at a few of the restaurants he has there – most notably André with Andre Chiang (recently voted 37 on the World’s Top 50 Restaurants) and one of his many join ventures with Jason Atherton, the excellent Esquina.

Sadly, our stay did not completely live up to expectations. After some teething problems over being issued with the wrong keys (cards) and a generally incompetent receptionist, we eventually made it into the room. 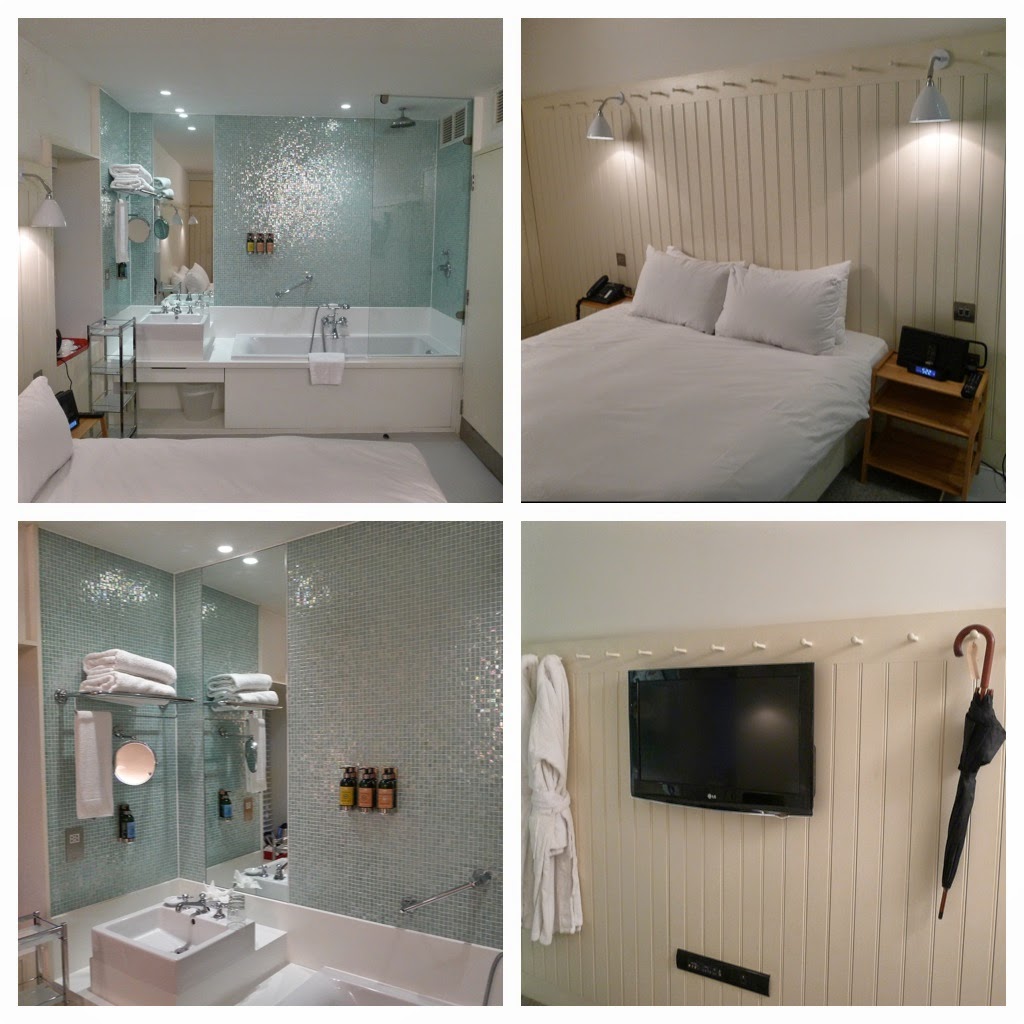 My wife wasn’t too happy about the bath and basin being so open and close to the bed – bad ‘feng shui’ she said. I made a mental note to check this when booking rooms in the future. Aside from this the room was good.

It was small but that is usual for such a central London location without paying many hundreds per night. The towels, toiletries, linen and mattress were all good quality and we had a great night’s sleep. The mini bar had a small but good, quality selection. 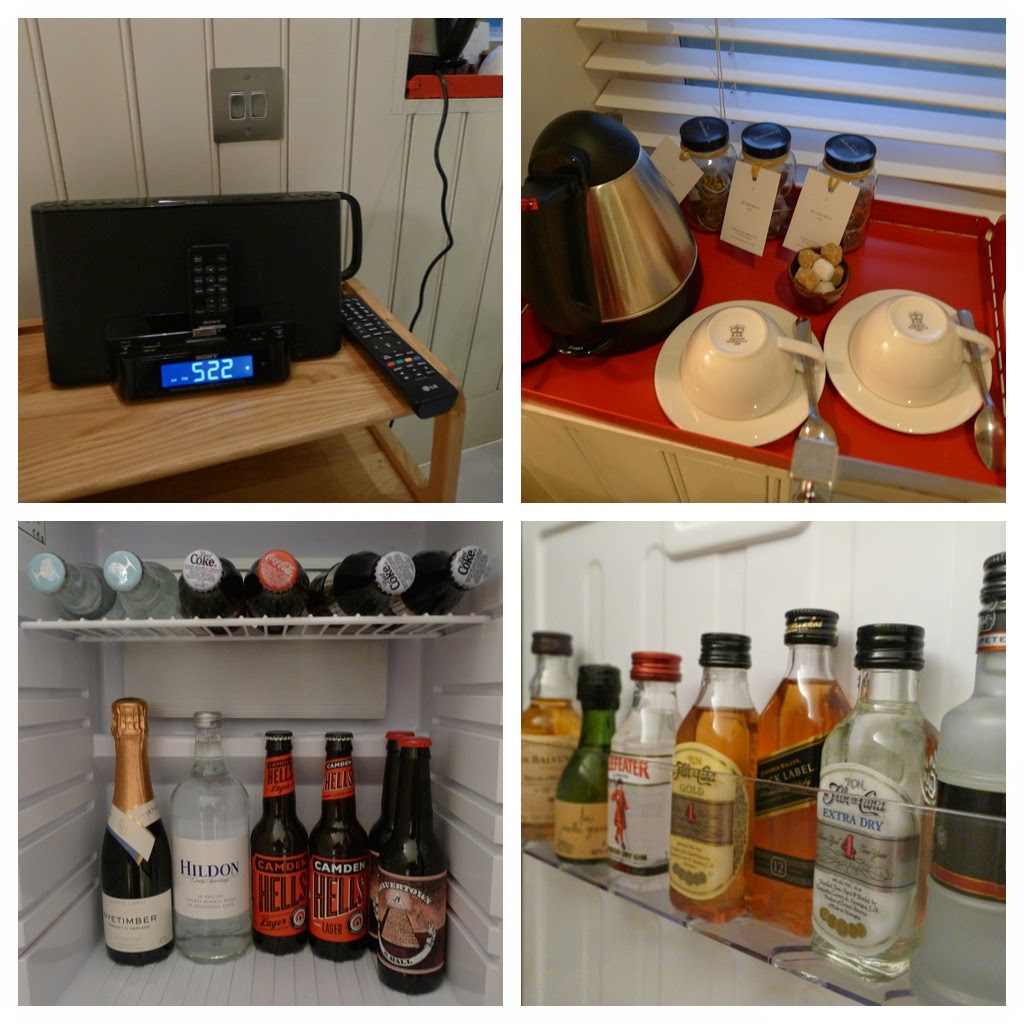 After checking in we popped out for a stroll. One Leicester Street is bang central for much of the usual touristy things. Leicester Square is less than 100 yards away and Piccadilly Circus, Trafalgar Square, Covent Garden, SoHo, Regent Street, Carnaby Street and Oxford Street are all just a few minutes walk away.

However, we made out way (via Gerry’s on Old Compton St to stock up on miniatures) to Great Windmill Street and Sasuke Japanese Ramen Bar. 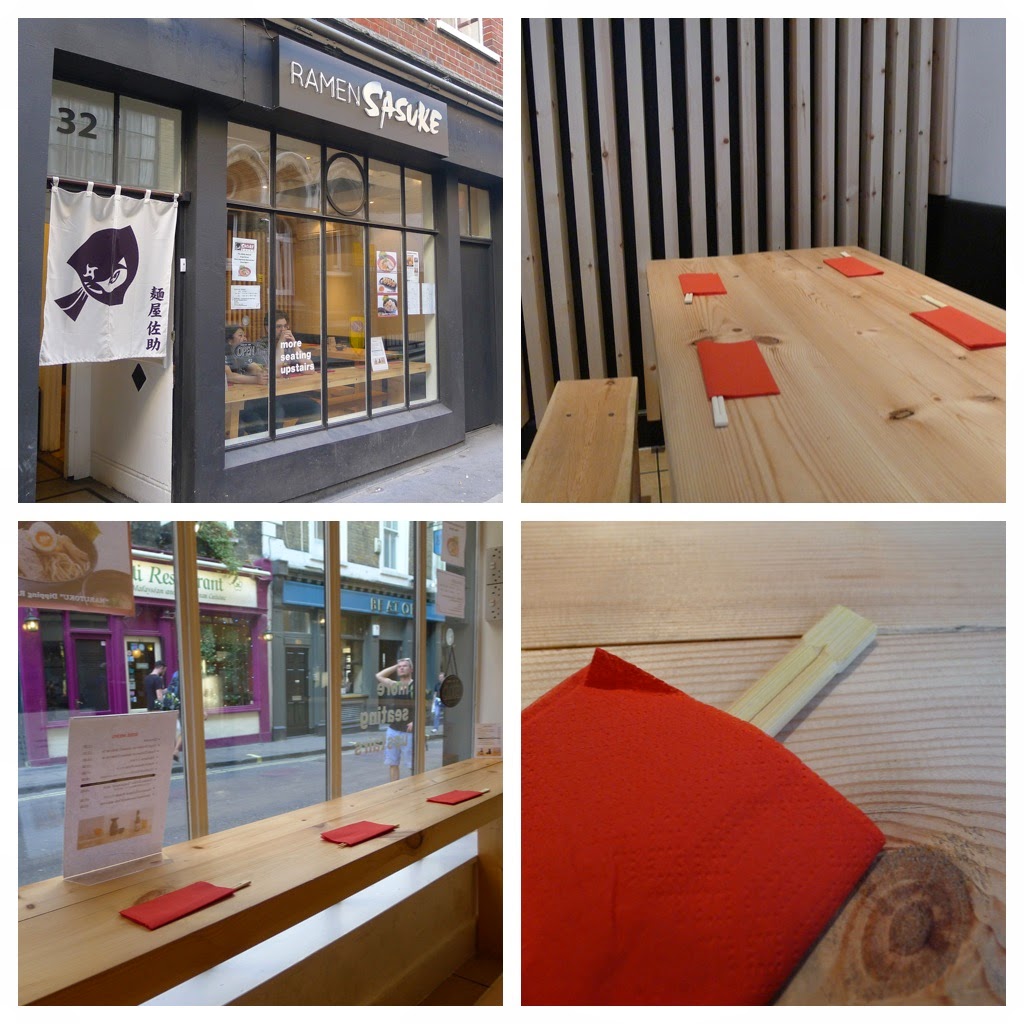 Having only opened a month or so before, Sasuke had been given the thumbs up by The Skinny Bib, which is good enough for me.

The place is much simpler, paired down and less trendy than the nearby Bone Daddies and I quite liked it for that – you don’t have to rely on funky décor if your product is good.

I tried the Miso Chashu, which was served piping hot with good springy noodles - I opted for the ‘marutoku’ upgrade of egg and nori topping for £1, who wouldn’t? 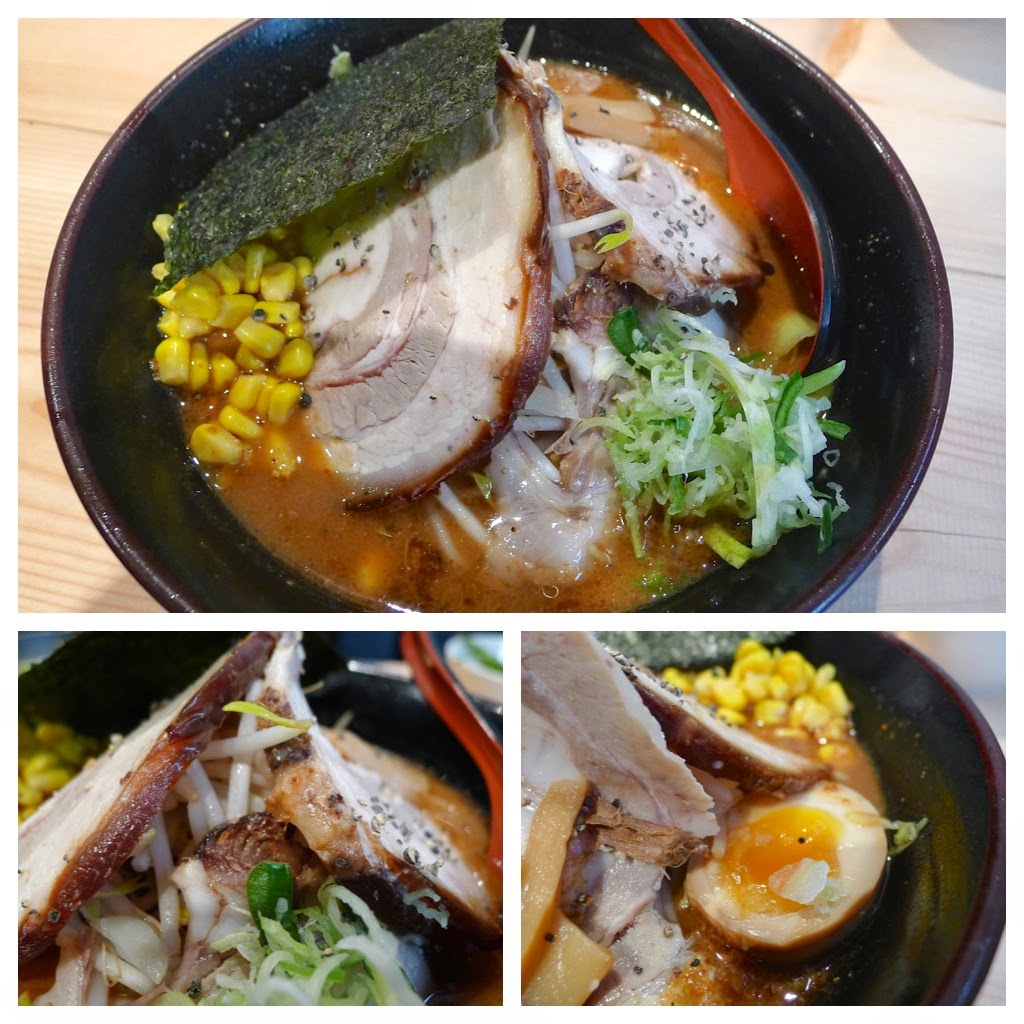 My main criticism was the abundance of beansprouts that seemed to outnumber even the noodles! My pal Skinny Bib (who knows much better than me) criticised their pork, citing the outside of the pork as ‘unpleasantly gelatinous’ – personally, this is what I liked about it but what do I know? 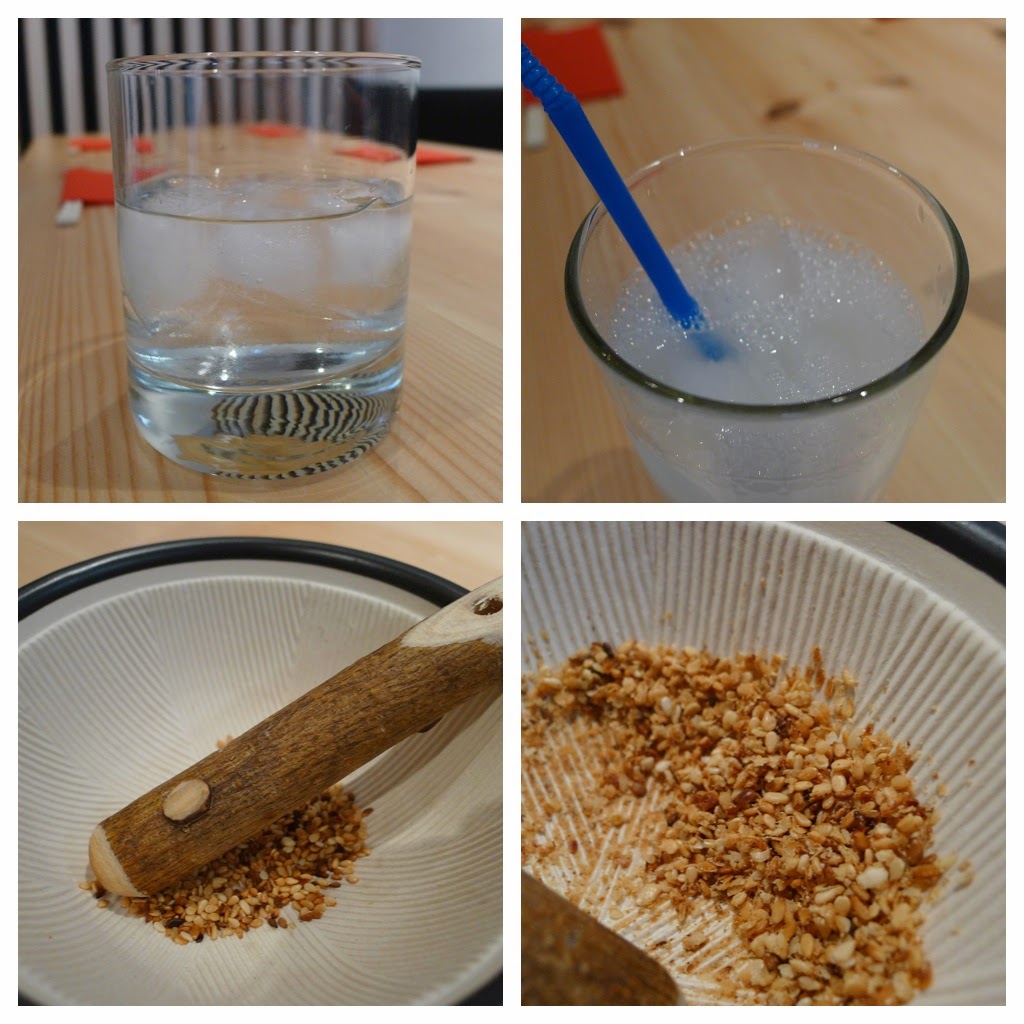 Another plus point was the serving of house roasted sesame seeds with an authentic Japanese mortar and pestle style bowl and grinding stick called ‘suribachi’ and ‘surikogi’ respectively – much more enjoyable than the more practical and common plastic ‘gomasuri ki’. Interestingly, the phrase gomasuri is also used as a phrase to describe what westerners would call a ‘suck up’ or a ‘brown noser’. 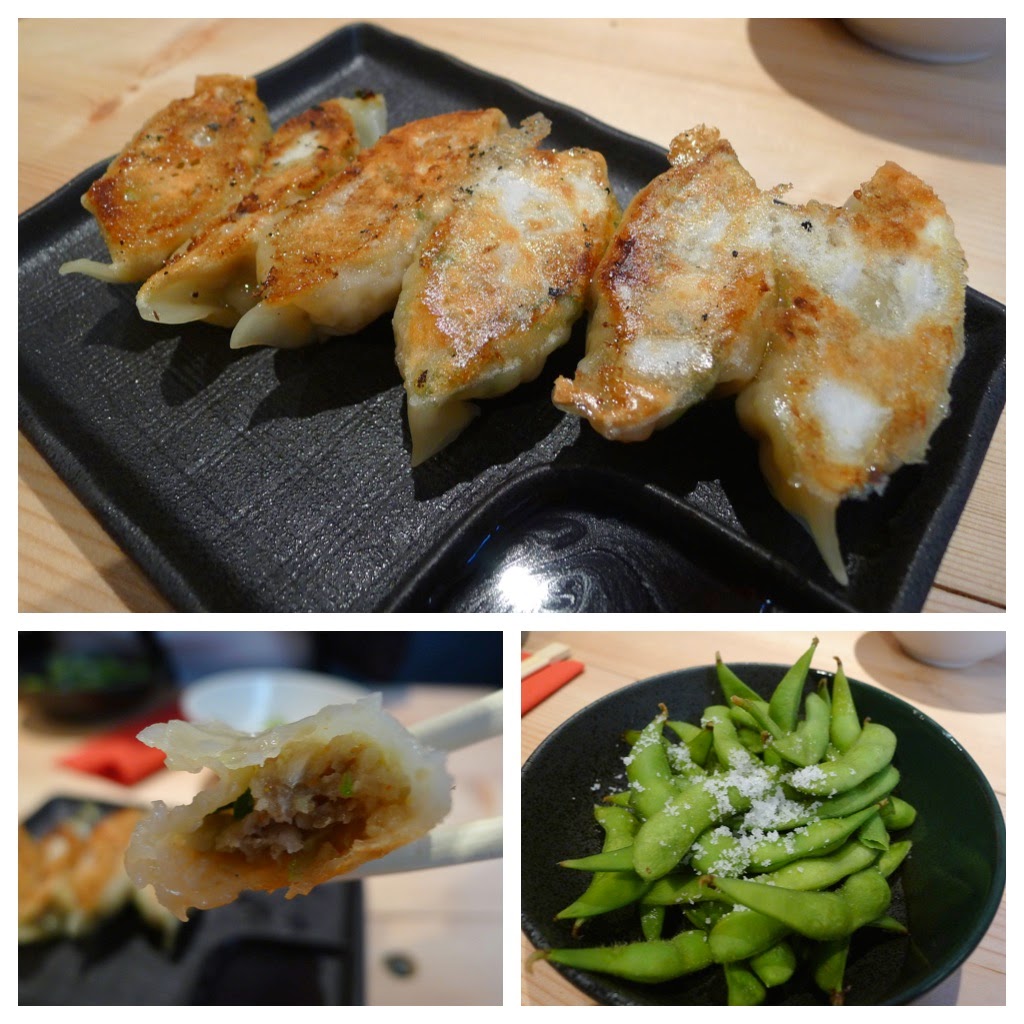 Sides of Edamame and Homemade gyōza were good but not exceptional. A glass of Shochu and a Calpico finished our order. 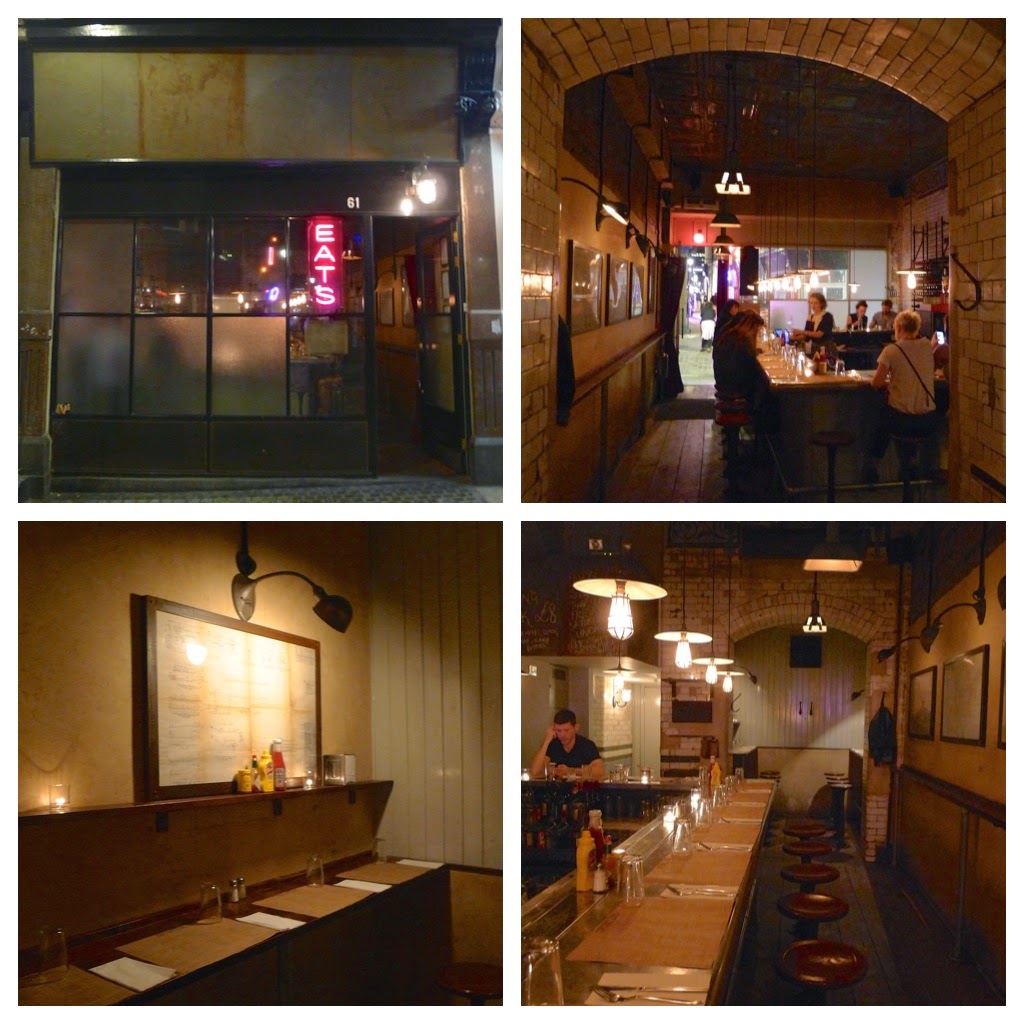 Later in the evening, approaching 11pm if I recall, we ended up at Spuntino – another place just around the corner from the hotel. We initially popped in for just a drink but their licence only allows them to serve alcohol to people who are eating. No problem – we ordered a couple of dishes. 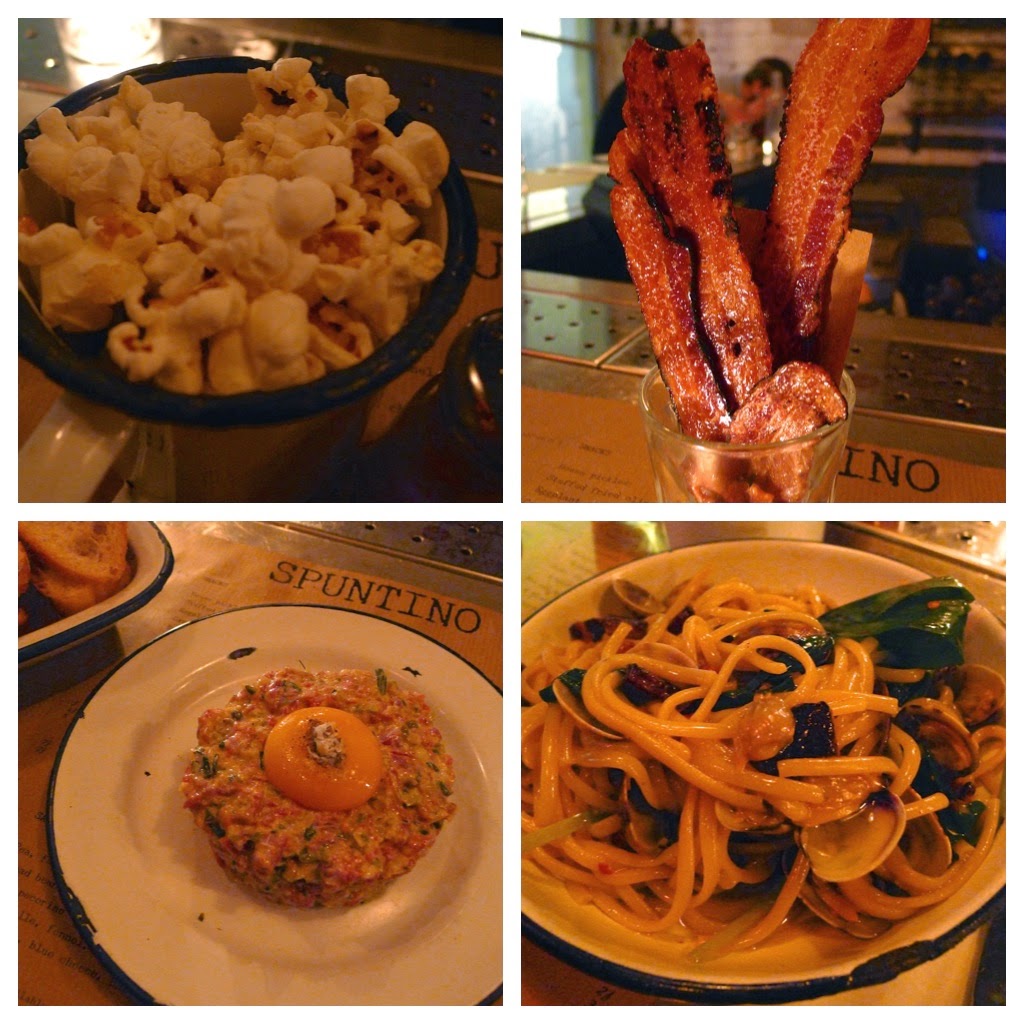 Due to the hour, the intention was to avoid heavy carbs so we ordered Candied bacon and a Steak tartare. Then we spotted the Clams, linguine, pancetta & wild garlic – all dishes were good enough to make us want to return at a more reasonable hour. The staff were friendly too so Spuntino is definitely on the list for a proper visit next time we are in town.