I remember reading that, for years, Pepsi’s mission statement was a succinct “Beat Coke”. Despite this, Coke continues as the dominant force in global soda sales.

In the US, fast food foes such as Burger King, Wendy’s, Sonic Drive-In, Jack in the Box and Five Guys have done little to defeat McDonald’s in the ‘burgers wars’. 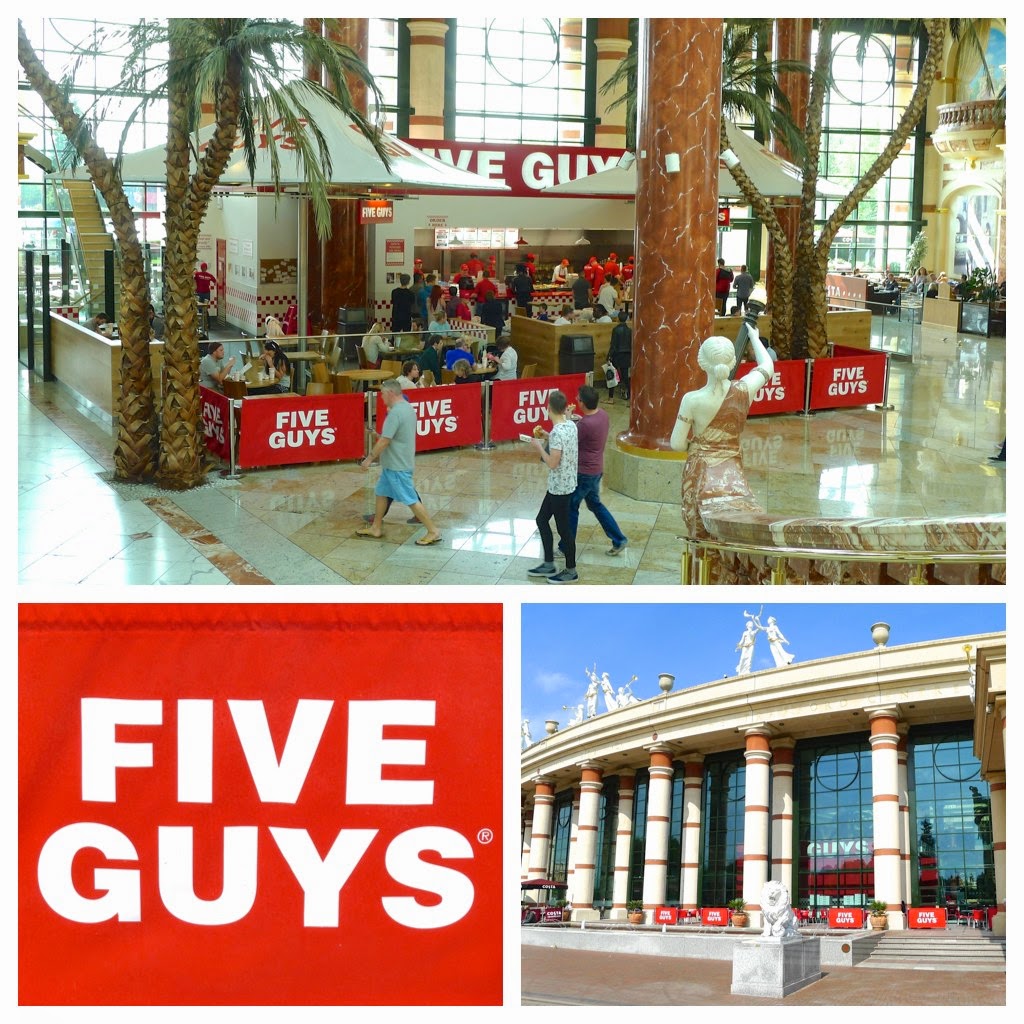 Mounting an offensive in London and now Manchester, Five Guys are trying to win over English customers with their promise of “fresh, juicy burgers”.

Now, having eaten at Five Guys, it’s clear to me that they do indeed have a superior product to their golden gated rivals – yet not good enough for me to return to either. 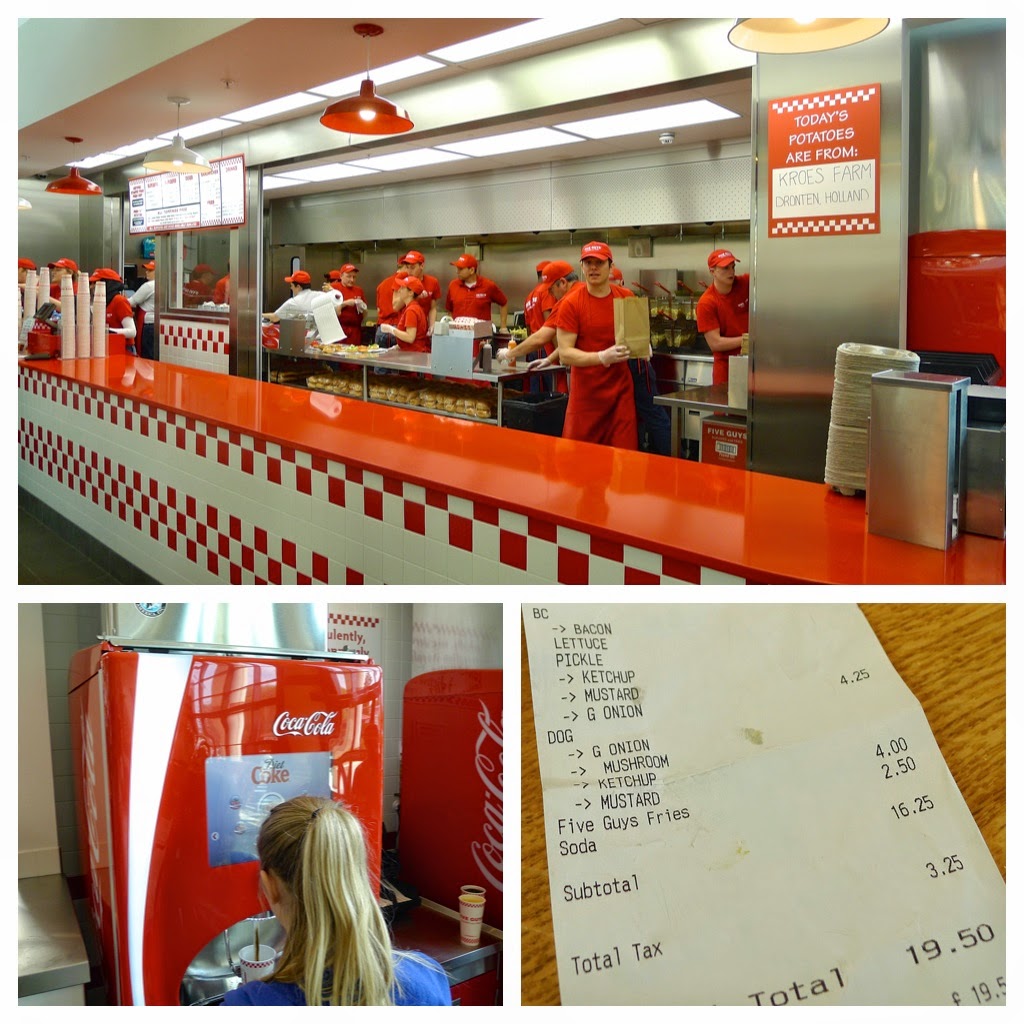 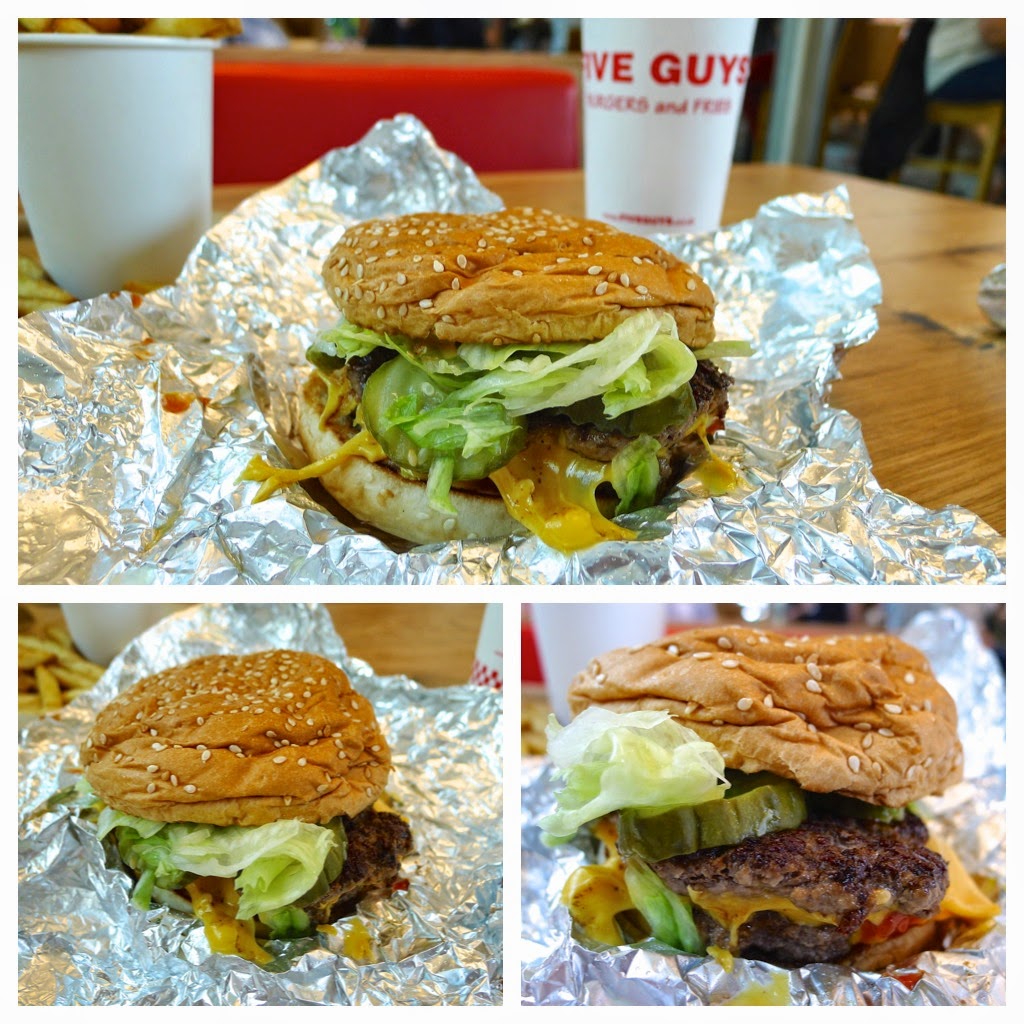 You can choose as many ‘free toppings’ as you want – I opted for lettuce, grilled onions, pickles, mustard and ketchup (other toppings are available including: jalapeños, mayo, tomato, relish and BBQ sauce).

The idea of choosing your own toppings is great – if only it worked – my burger came without bacon and lacked the requested mustard. Check out the twitter account for @_youhadonejob. 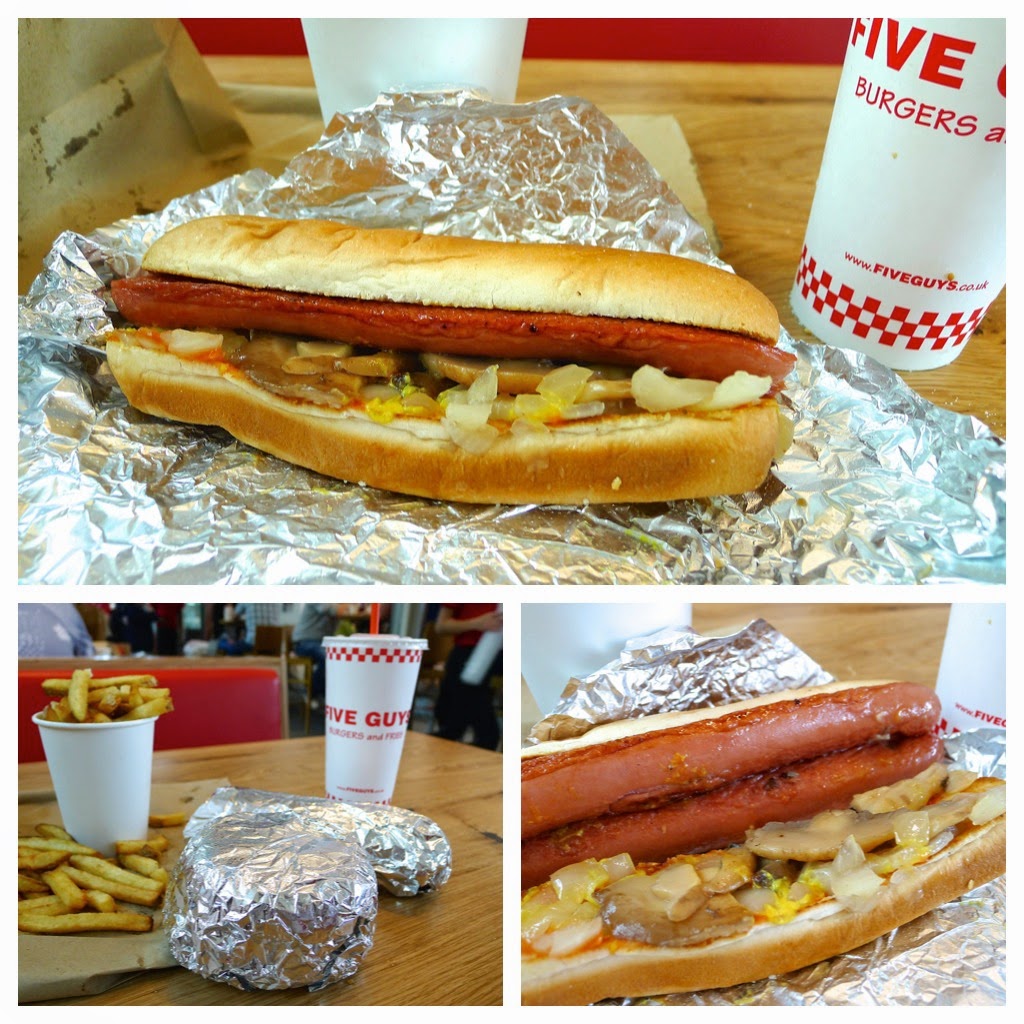 On my “Hot Dog”, I opted for grilled onions, grilled mushrooms, mustard and ketchup. Thankfully, they managed to get the toppings right on this one but not their definition of ‘grilled’ – my mushrooms were slimy and tasted tinned and as though they had been sautéed. 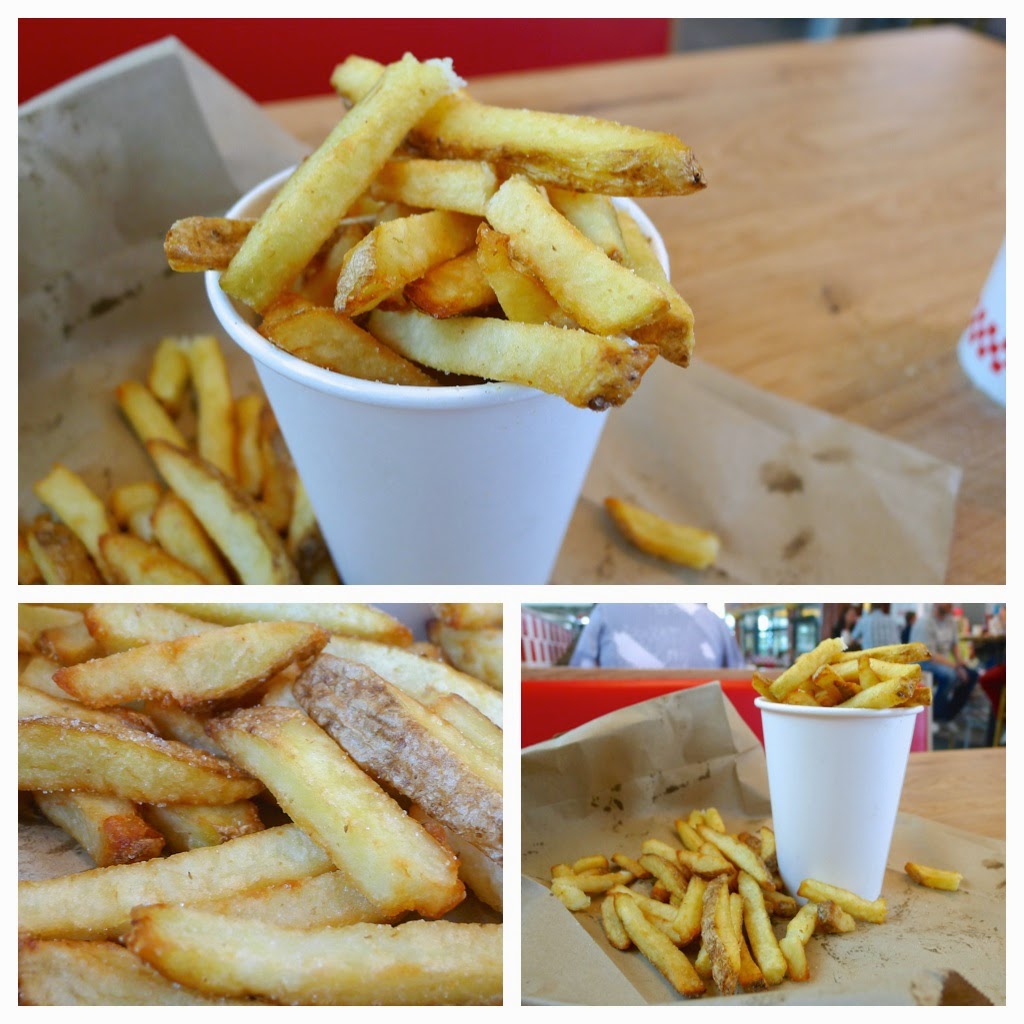 The skin on “Fries” I liked. Apparently, they cook them in peanut oil and these were made from potatoes from none other than Kroes Farm in Dronten, Holland – I don’t know why I’m telling you this information but they made a point of telling me so I’m passing it on.

In conclusion, I thought Five Guys better than McDonald’s but I’d much rather eat in one of Manchester’s independent burger joints like Almost Famous or Solita.