Back in the late nineties, after initially training in Ninjitsu and Tae Kwon Do, I took up (albeit briefly) Muay Thai. The local gym was called 'Lumpini Gym' - it later became known as Keddles Gym when instructor, Alan Keddle, became European champion and his younger brother, Kieran 'The Boy' Keddle achieved the honour of becoming the first ever Englishman to win in Bangkok’s Lumpini Stadium against a Thai fighter. 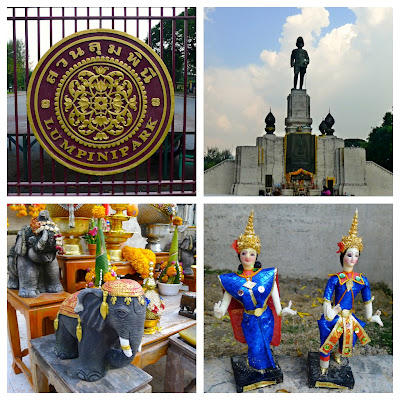 Ever since, the name Lumpini has stayed etched in my memory and I hoped that one day I'd get a chance to visit Bangkok and Lumpini Park. 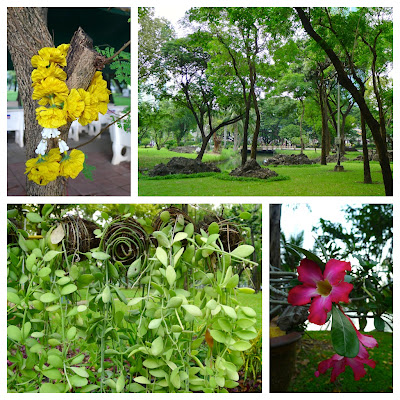 The park has been in existence since the 1920s when Rama VI gave over some royal land for its formation. Taking its name from the birthplace of Buddha in Nepal, at 142 acres it is about one third the size of London’s Regent’s Park and one sixth of New York’s Central Park. 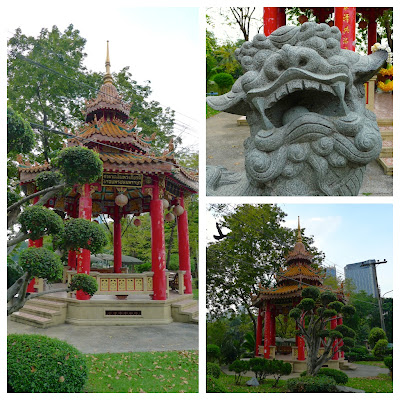 Like most city centre ‘green lungs’ it offers city dwellers a rare open public space and is popular with joggers and in the early mornings with practitioners of Tai Chi. 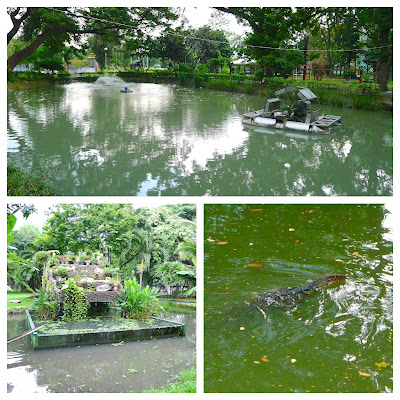 Entering the park near to Si Lom and the statue of Rama VI, the sun may have not been shining but there was no respite from Bangkok’s constant sweatbox heat. The first thing I noticed, moving majestically in the murky depths, were Asian water monitor lizards… a little cooler than Regent’s Park’s squirrels. 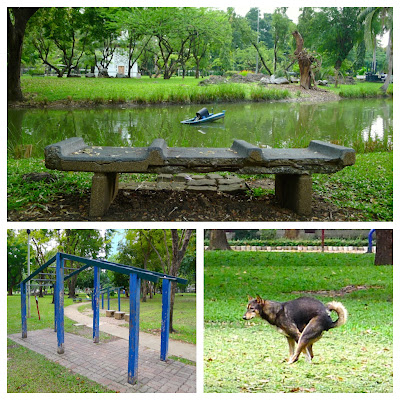 Tranquility and fabulous flora and fauna aside, the park as a whole was very tired: peeling paint, broken signs and crumbling concrete. A local dog, in flagrant violation of the ‘No Dogs’ rule, even slipped in to make its feelings known. 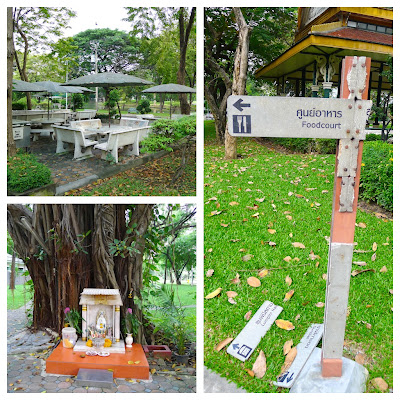 I thought for a moment that things were looking up when the only sign still intact was for the ‘Foodcourt’ but sadly (in a city known as the ‘Big Mango’ where people supposedly do not eat three set meals, preferring to snack throughout the day) this was closed. 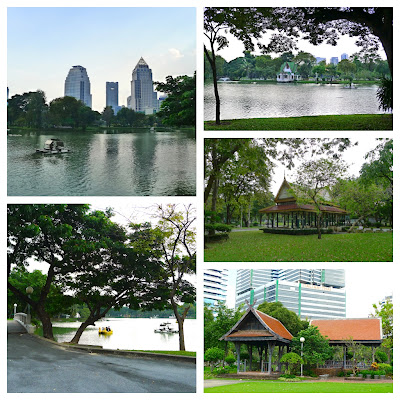 There were some great views in the park and interesting buildings, sitting down for a while to read and write up some restaurant notes on my iPad I soon forgot that I was in one of the World’s most bustling metropolises… I also read up on where we’d be eating that evening – Gaggan. 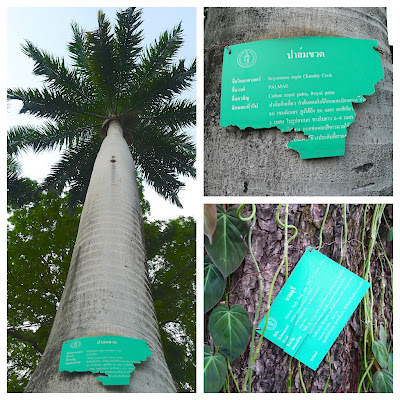 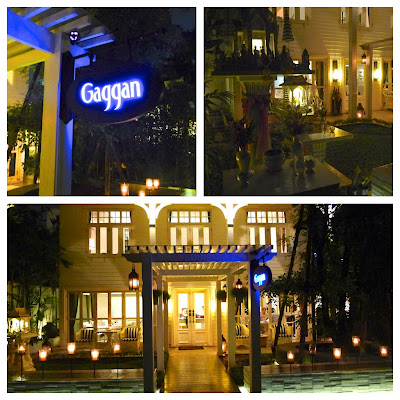 Charming setting aside, our overall experience at Gaggan was not a good one. Despite a couple of highs, the majority of the food seemed to rely on ‘molecular trickery’ to impress, largely influenced by Chef Gaggan's stage at elBulli (not that he likes to talk about it)… taste generally seemed less important.

Like the building, Chef Gaggan too came across very charming. He spent much of the evening going from table to table 'schmoozing'. 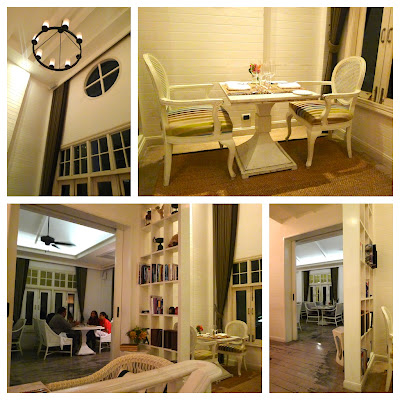 After discovering we were British, in the space of a short, largely one sided, conversation he had told us about his schooling in Calcutta (St Thomas' – established 1789); how the British colonial past had helped India to become a wealthy superpower (no mention of the pervading poverty in the slums) and (ironically) how chefs like Gordon Ramsay are no good because they are not cooking in their restaurants.

He'll also quite freely tell you that his food is on a par with Nahm and that, in his role as a panelist for the World's Top 50 Restaurants, he only voted for Nahm because he couldn't vote for his own restaurant. 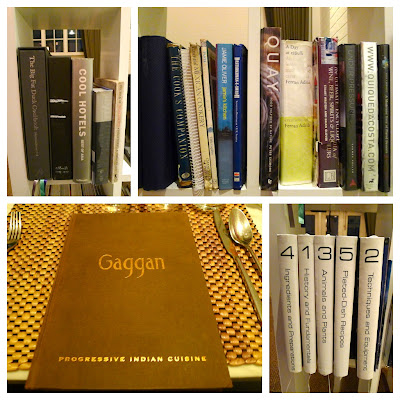 Chef Gaggan may have been in his restaurant but he certainly was not in his kitchen and as a result, I feel much of the food may have suffered.

I'd like to think that had he have been present at the pass, mine and my wife’s Mango 'Mouses' may have looked more similar. We were served practically different dishes - mine considerably larger, with more freeze dried fruits and was garnished with two, to her one, pieces of chewy, mango 'glass'. Also, the ‘soufflé’ may have been less like a soup. 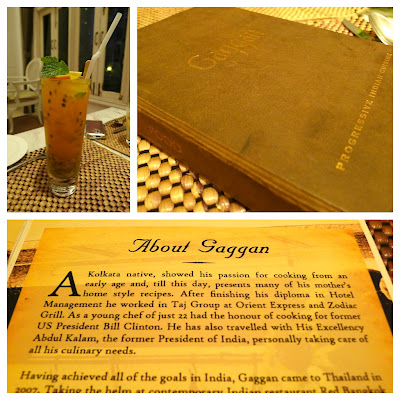 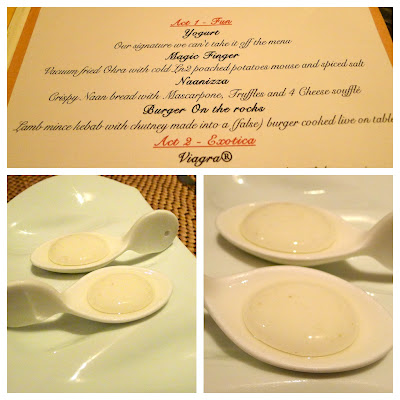 ‘Yoghurt’ : our signature, we can’t take it off the menu – this was alright. I didn’t at first get why it was good enough to be the ‘signature’ dish, unable to take off the menu… that is, until I ate the rest of the menu. 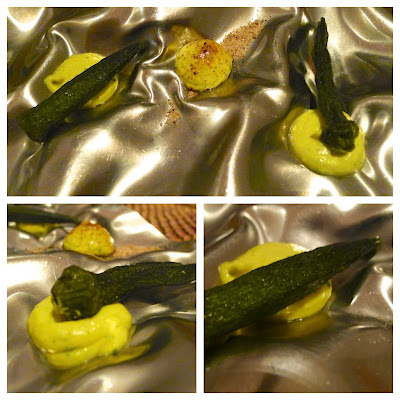 ‘Magic Finger’ : vacuum fried okra with liquid nitrogen poached potatoes ‘mouse’ and spiced salt – I loved the little crunchy lady’s fingers but felt the spices in the mouse could have been more prominent. 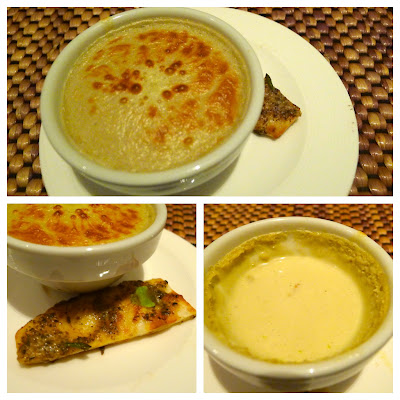 ‘Naanizza’ : crispy naan bread with mascarpone, truffles and four cheese soufflé – the soufflé was actually a soggy, over seasoned, lukewarm, cheesy soup. No food (i.e. the ‘naanizza’) should remind me of Peter Andre’s ‘Insania’. 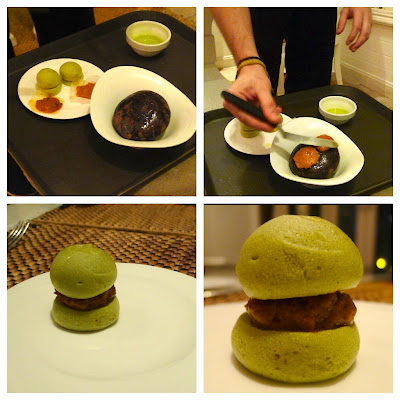 ‘Burger on the rocks’ : lamb mince kebab with chutney made into a (false) burger cooked live on table – one of the chefs came to the table with a hot volcanic rock and proceeded to cook the mini lamb patties on the stone. We loved the theatre and the look of the dinky ‘burger’… I would have enjoyed eating it too if I had not found the herb ‘meringue’ cloying and unpleasant when it stick to the roof of my mouth and the lamb oily and over seasoned. The phrase, ‘All fur coat and no knickers!’ has possibly never been so fitting. 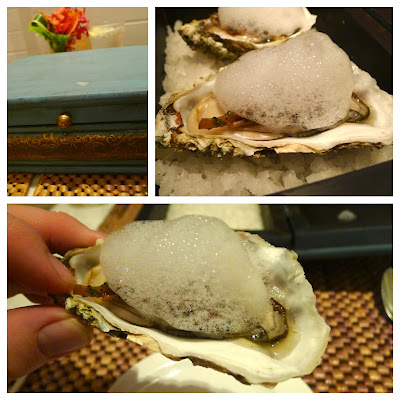 ‘Viagra’ : umami oysters charcoal grilled Malabar style lemon air - the best-dressed oyster I ever ate was at Carles Abellan's Comerç 24 (see here); knowing that he too was a disciple of Adría, I hoped that this could match it. Despite sounding good, with umami, lemon and ‘viagra’ in the description, if failed to get me going. 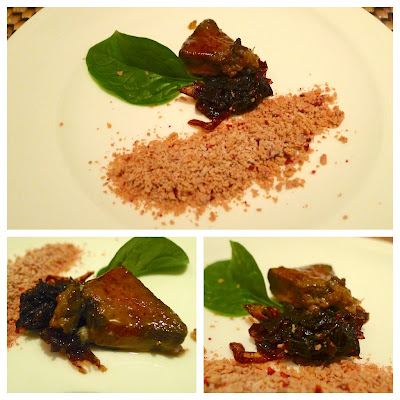 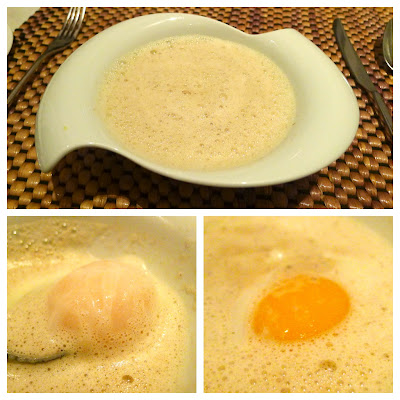 ‘Truffle air’ : two hour cooked eggs with truffle espuma with Wayanad organic pepper – this was the one dish that I felt really packed a punch in terms of flavour. 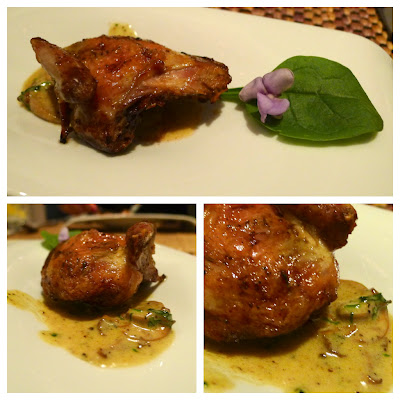 ‘Game on’ : six hour slow cooked wild French quails with Chettinad oil – according to Wikipedia Chettinad cuisine is said to be some of the spiciest and most aromatic in India. Whoever wrote that entry has most probably never eaten this dish at Gaggan. The quail may have been cooked for six hours and naturally ‘fell from the bone’ but the spice was far too subtle for even my wife who does not really like her spices to be spicy. 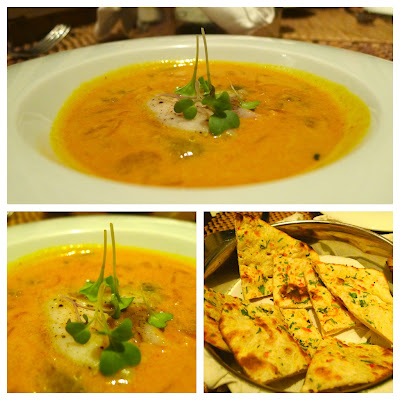 ‘Mango Tango’ : surprising sour green mango curry with 63°c cooked wild sea bass – I like sour; earlier in the day I had eaten a fabulous yellow curry at Krua Apsorn that had wonderful sour notes (see here), this one however just seemed unbalanced in its flavour. The fish was nicely cooked and the naan bread was good. . 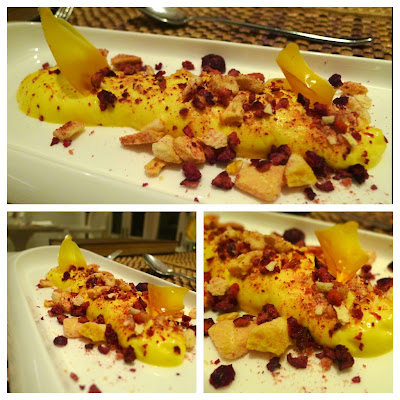 ‘The fall’ : mango mouse (I think they meant ‘mousse’) with freeze dried tropical fruits and mango glass – inconsistencies between mine and my wife’s aside, the 'mouse' was clearly just another Adría inspired espuma created in a siphon. We felt, more fitting of a pre-dessert than a grande finale. We found its flavour subtle to the point of insipidity – it perhaps, at least, could have been lifted with the addition of some passion fruit. 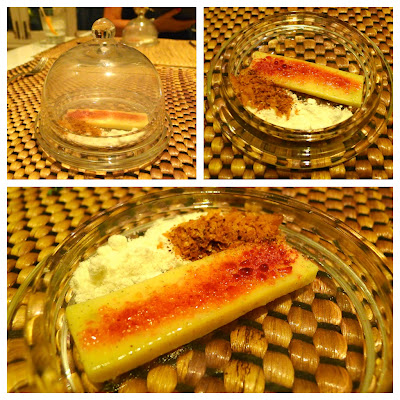 ‘Smoke on the water’ : Indian vanilla white chocolate eggless cream brûlée with violet flower smoke – I’d have liked to have seen this dish improved by adding some eggs and making a proper brûlée… it seemed ‘deconstructed’ for sake’s sake. 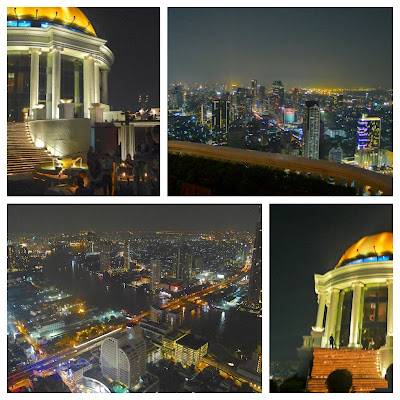 Where better to end a slightly disappointing afternoon at the park and evening meal at Gaggan than with a trip to the LeBua Hotel’s rooftop Sirocco Sky Bar at The Dome (made famous by a scene in Hangover 2) to be herded like cattle for an overpriced drink and photo opportunity?