Promising to my wife I would make this trip more like an actual “holiday” and less like a school trip I only planned what I would call a ‘loose itinerary’.

We had a simple plan that morning, visit Ban Baat for a little culture, go for Thai curry at Krua Apsorn and then head to Khao San Road for a little less culture.

I like lists and itineraries – food wise, my starting point when compiling a list of places to eat in a new city usually starts with the Michelin guide and the S.Pellegrino World’s 50 Best Restaurants as well as recommendations from connected ‘locals’ (@theskinnybib in Bangkok’s case). All these were helpful but during my pre-trip research I also came across Krua Apsorn or ‘The Kitchen of the Angels.’

Listed at Number 32 in The Observer article by Killian Fox citing the 50 best things to eat in the world, and where to eat them, ‘A Thai curry from Krua Apsorn’ had to make the itinerary. 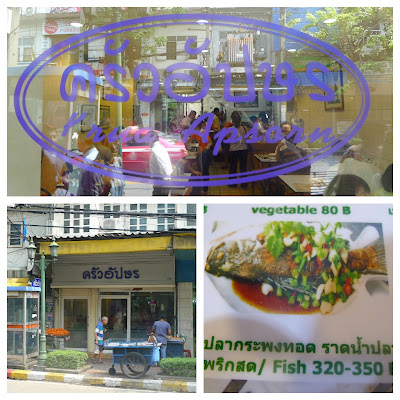 Throughout our stay, the concierge staff at The Metropolitan Hotel were super helpful – on this occasion though, the young girl had not heard of Ban Baat, neither had her reception desk colleagues or any on the bellhops. One phoned the number listed in the guidebook, another consulted Google – eventually they had an address written in Thai and called a taxi.

The first taxi driver to arrive at the hotel took a look at the address and said he didn’t know where it was and drove off – luckily the second one nodded and we were off!

The taxis in Bangkok are a double edged sword… on the plus side, there are loads of them; they are cheap and although some journeys can take a while in the seemingly ever-gridlocked city, they are usually air-conditioned and allow you to relax, watch the city go by… on the downside, many of the drivers don’t seem to have much of a clue where they are going… even when armed with an address written in Thai!

As we set off I started to follow our route on the map. I like to do this so that I can learn my way around the city to get an idea of what is where, especially good if passing places that may be on the itinerary for later in the week. We were certainly heading in the direction of Ban Baat… all good.

Then the driver appeared to get lost and pulled over… I showed him my map and offered a few directions and we were soon on our way again and even found a sign. After a little more driving around we could still not locate the actual place. So, stopping in the middle of a crossroads, the driver phoned the number that the hotel and written down for him… with that, a waving man walked across the road… it seemed we were already there! 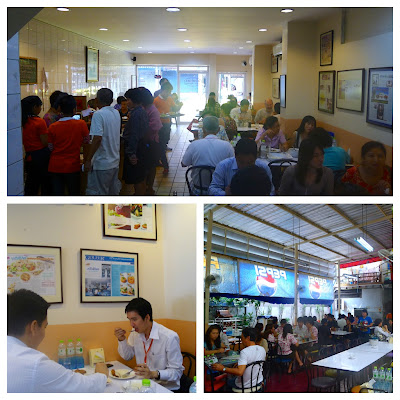 As a seasoned traveller, I had a good idea what to expect - Ban Baat or ‘Monk’s Bowl Village’ was originally set up some 200 plus years ago by Rama I to make ‘baat’ (bowls for monks to collect alms). There were once three such villages of which Ban Baat is the last remaining – just a few families keeping the tradition and skills alive.

I was wrong. There was no sign, no café, not even a gift shop - what did greet us was the sound of hammering and a narrow alleyway. Down which, a few people, young and old, sat on wooden crates, stools or the floor with bowls in various stages of manufacture… some beating, some polishing, some firing and one applying coats of black lacquer.

The bowls are made by beating eight, separate sheets of steel into shape and joining them with melted copper wire. The pieces represent the Buddhist Eightfold Path and spokes of the Dharma wheel. A skilled and labour intensive craft, a typical ‘baatsmith’ produces just one large bowl per day!

Other people in the ‘village’ (most westerner’s would probably call it a slum but many Thai's would simply call it 'life') slept, prepared meals, swept or hang out washing – some looked up from their daily tasks as my wife and I passed through. Others did not. One image that stays with me is of a boy stood wearing just a pair of grubby shorts with a lost and sad look on his face…

I did not take any pictures as I felt intrusive enough walking through their lives…  and since watching the Life of Brian, I am unable to take haggling seriously and as such, regrettably, did not buy one of the bowls – I so wish I did; if only to have played my part in keeping the village and ‘industry’ alive (if I could go back I’d pay for one at the first price quoted.) 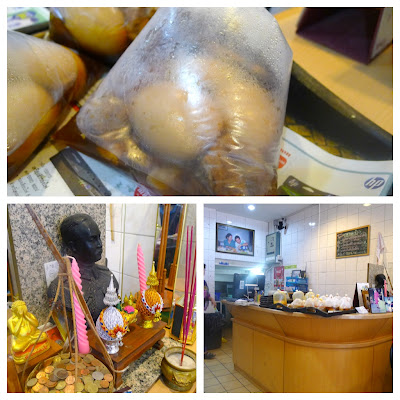 So after witnessing poverty, in true Western style my gluttonous thoughts once again soon reverted to food.

Krua Apsorn turned out to be a bustling café style restaurant serving great quality, simple food to groups Thai workers, families and individuals needing a quick, satisfying meal to help them along in their day (they even sold little bags of takeaway curies and an interesting egg dish from next to the shine on the counter) – as well as ‘the masses’ it is also said to be a favourite haunt for members of the Thai royal family.

We had come for the Yellow curry with prawns and lotus shoots (as recommended in The Observer article). Thai cuisine is better known in the West for its green and red curries. Historically the main difference between these curries was simply the colour of the chillies used in their preparation and their corresponding flavour nuances. 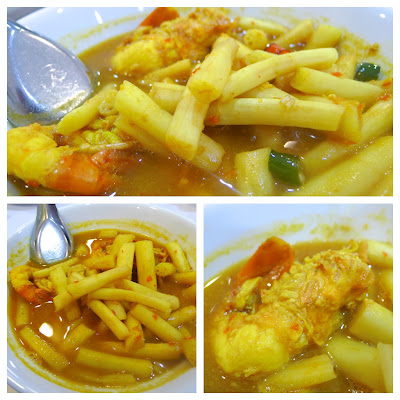 Over time however, many of the curry recipes have become more distinct - red chillies predominantly still give the heat and colour to the red variety; the yellowness of yellow curries if often enhanced by turmeric whereas other green ingredients such as coriander, basil and kaffir lime leaves and alike used to ramp up the hue of a green curry.

Made without the addition of coconut milk, Krua Apsorn’s famous yellow curry had a vibrant ‘spice and sour’ taste, which lingered lengthily on the palate. The fresh crunch of young lotus roots were a real treat to eat but it was the sweet undertone from the plump river prawns which really permeated the stock and elevated this dish to another level – there were only two headless prawns in the curry but I could imagine that outback somewhere a huge vat of the delicious curry had been bubbling away all day allowing the flavours to really intensify! 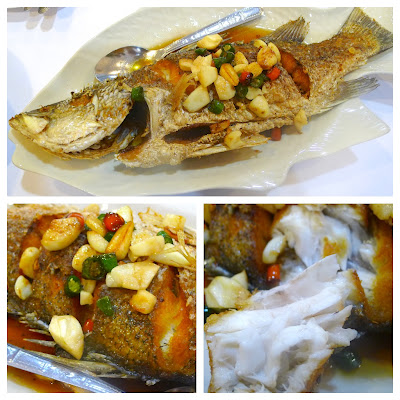 Having seen a few people tucking into a fantastic looking fried fish dish, I was pleased to find it on the helpful picture card menu listed simply as Fish. Served whole with an aromatic concassé of red and green chillies with garlic and a tangy ‘phrik nam pla’ sauce, its firm snow-white flesh was absolutely stunning. 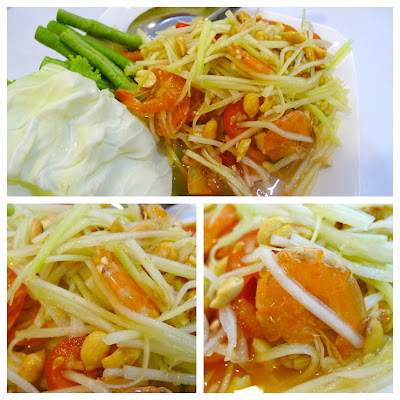 We also shared a Papaya Salad – compared to the quality of the excellent curry and fish dishes, I found this a little too sweet and overall disappointing. A little more sour, plenty of spice and some salt or bitter leaves to balance would have worked a treat for me. I did enjoy the accompanying long beans (snake beans).

After the meal we took a tuk-tuk to Khao San Road because my 26-year-old backpacking step-daughter loved it there and recommended it as a ‘must do’ (I believe it is where she purchased her 7-Eleven t-shirt). For us it goes onto the ‘don’t do’ list – but do ‘do’ Ban Baat and do ‘do’ a Thai curry from Krua Apsorn!