French at The Midland, Manchester

1975 - Margaret Thatcher became the first female head of any political party. Phil Collins replaced Peter Gabriel as the lead singer of Genesis and Muhammad Ali defeated Joe Frazier in the ‘Thriller in Manila’… closer to home, and more relevant to this blog, it was the last time that a Manchester restaurant held a Michelin star and, more importantly, I was born!

The restaurant in question was of course The French Restaurant at the Midland Hotel. 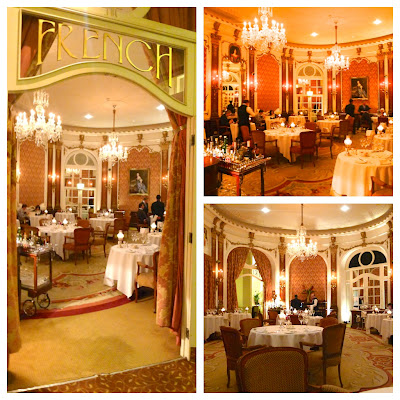 Times have changed since then but perhaps not too much at ‘The French’. Some may see this as a good thing; others not so.

The setting, reminiscent of grand Parisian dining rooms of the likes of Le Meurice, l’Ambroisie, Lasserre, and Le Bristol, certainly cannot be faulted.

But, sadly, we found faults with the food and the service and fairly or unfairly with its failure to provide an experience fitting of the building’s history and heritage. I couldn’t help but feel that The Midland deserves better… the people of Manchester deserve better… we want Michelin stars once again and, in its present guise, The French Restaurant at the Midland Hotel seems unlikely to deliver. 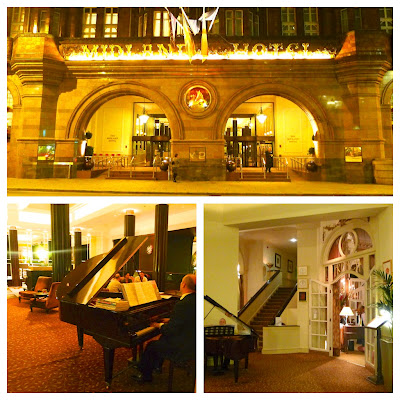 We found the service not only ‘too formal’ for this day and age but bordering on obsequiousness. Other niggles included drink requests going unfulfilled. The staff seemed to have a system where they focused on one table at a time to the point where they were oblivious to the rest of the diners.

The food, good enough to earn a Michelin star all those years ago, unfortunately does not live match up to the setting. 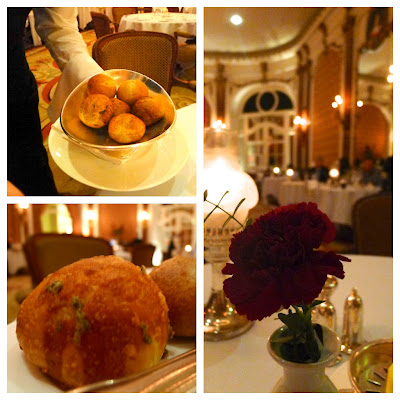 Wholemeal and Blue Cheese Rolls – the rolls had good flavour but we found them a little chewy. 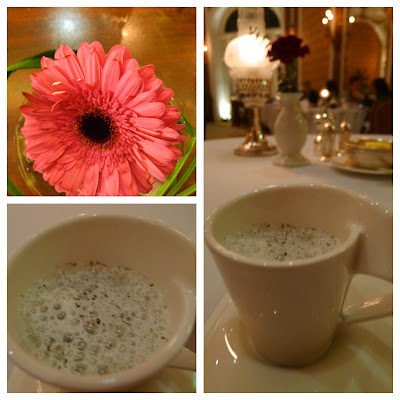 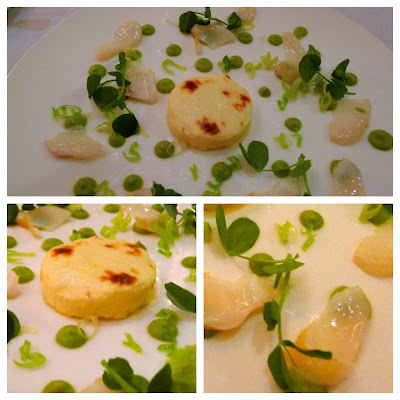 Smoked Haddock with savoury egg custard, leek and cheese – classic flavour combinations but overall the dish appeared dated and too unnecessarily contrived on the plate. 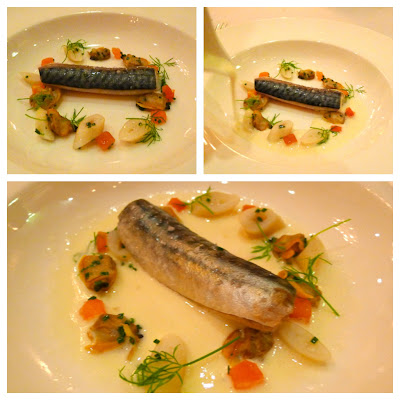 Mackerel cannelloni with smoked velouté and clams – the velouté had a well balanced smoky flavour but the clams were served too cold and the piece of Mackerel underwhelmed. 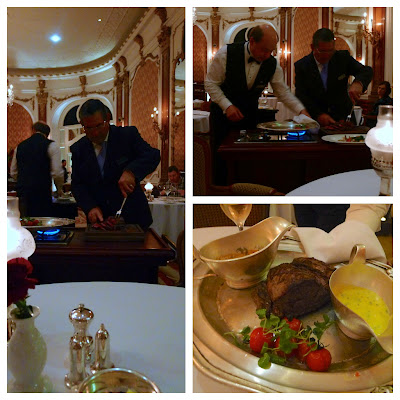 Chateaubriand (for two people to share) with seasonal vegetables and potatoes: carved at the table – the meat was flavoursome and cooked to our liking. The red wine sauce, rich and well balanced. The vegetables seemed under seasoned and bland. A tomato sorbet seemed oddly placed as a failed attempt to modernise the dish. 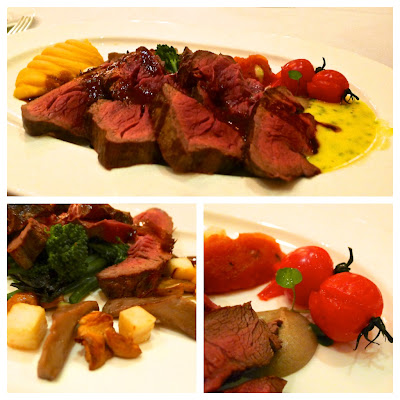 Tasting of Apple (for two people to share) of doughnuts, strudel, parfait, jelly and cider – sadly the dish just came across as a chef trying too hard to be modern. Swipes, jellies, things standing up or scattered in a precisely haphazard manner – the presentation would not have mattered so much if the flavours had spoken for themselves. ‘Hot’ elements were barely warm. 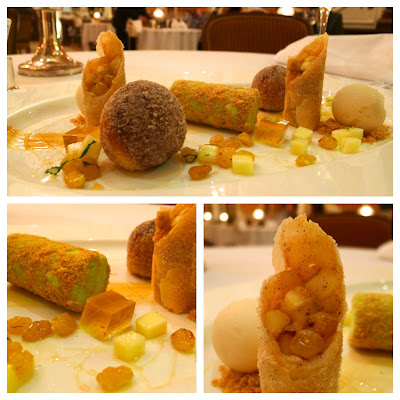 It’s a difficult one this one, as I love The Midland Hotel and the ambience of The French but do wonder how long can it go on trading on the setting and past glories alone? 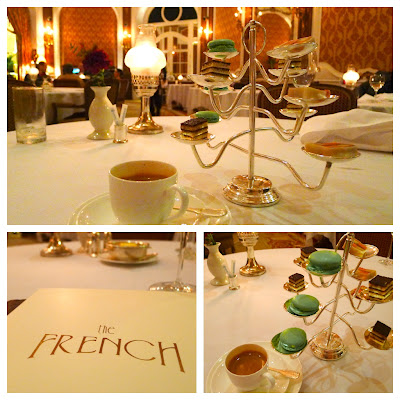 With chefs such as Aiden Byrne and Simon Rogan set to bring their ‘Michelin pedigree’ to city centre, the hope is Manchester’s thirty seven years without a Michelin star will be also be history – here’s to Manchester’s Michelin future!