It’s been about ten years since I last visited The Lime Tree. Quite why it had taken me so long to return, I don’t know. The last time I was there, I enjoyed the meal and Chef-patron Patrick Hannity and his team have continued to maintain a solid and respected reputation amongst local diners. 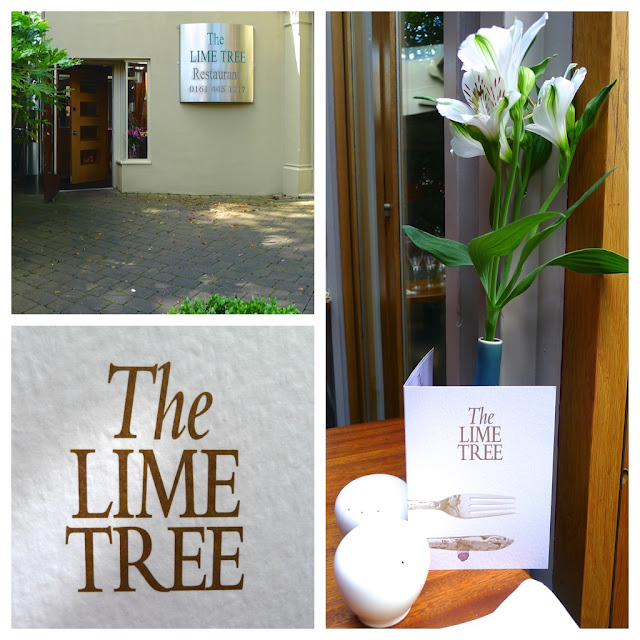 In 2008, Hannity acquired a twenty acre small holding called Hardingland Farm which now grows and breeds produce solely for the use of the restaurant. On the farm, you will find Texal sheep, Aberdeen Angus/Limousine Cross cattle, Saddle Back pigs, free range hens, geese, and ducks and even a hive of bees.

So, long over due a return visit, I treated myself to lunch.

What they say: ‘The Lime Tree, situated on leafy Lapwing Lane in West Didsbury, has been at the top of the list for Manchester gourmets for years. Why? The outstanding food, the easy atmosphere, the ever-changing menu and the extensive wine list.’

Bread, olives and tapenade – a decent tapenade, decent olives and decent bread. A minor moan (a regular one of mine) relates to the use of the sickly sweet balsamic glaze used instead of vinegar and no cocktail sticks provided with the olives. 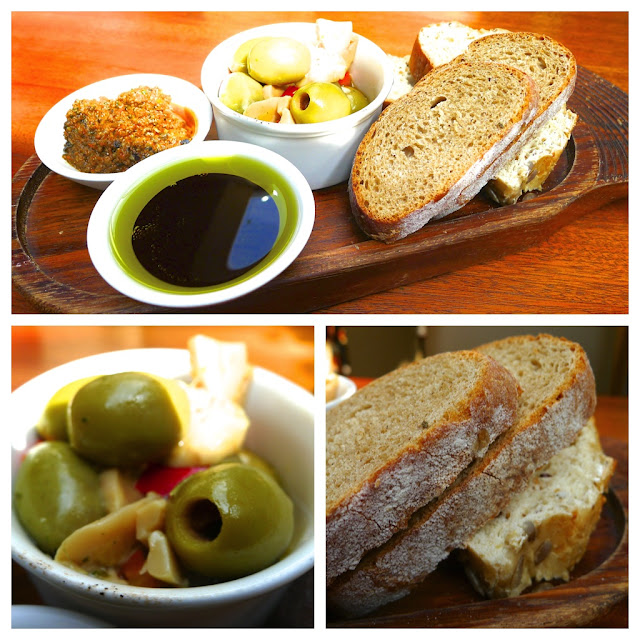 A trio of Fresh Rock Oysters – served simply with a classic mignonette sauce, lemon and Tabasco. Pleasingly freed from the muscle, with no fragments of shell but sadly they has lost most of their juice. 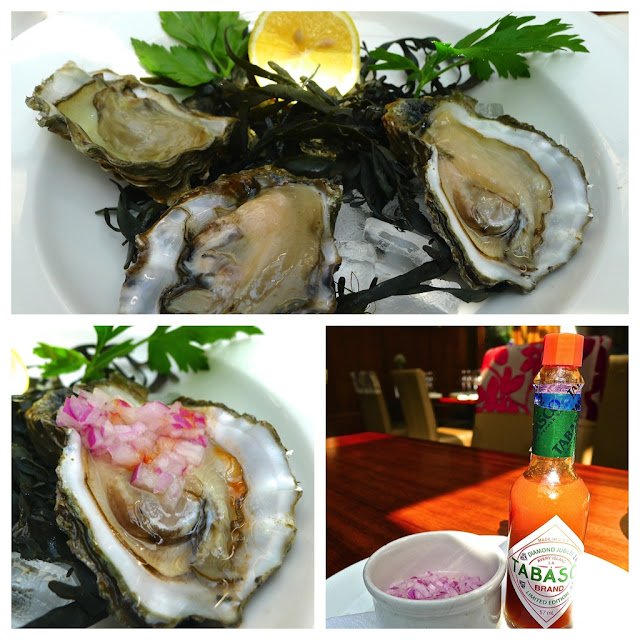 Seared king scallops – with sweet chilli jam and crème fraiche. I think I had seen scallops on a cooking program the night before and just fancied them but I had my doubts about the chilli jam that I thought could either overpower or be too sweet; thankfully it did neither. 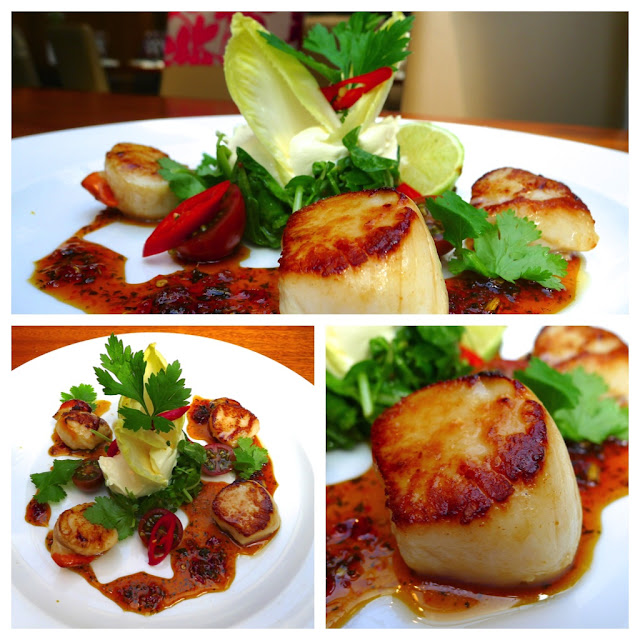 My one gripe would be that I felt was too much crème fraiche served with this dish – an ordinary person would just leave some of it, I know but I am one of those people who has to eat everything on the [late even if I am not particularly enjoying it.

Pasta Puttanesca – olives, capers, chilli, tomatoes and garlic. The pasta dish was very good… I’d say, better than many specialist Italian restaurants in town. A rich, well-seasoned tomato sauce with good plump capers and chunks of olive (it perhaps needed a tad more chilli for my taste.) A little interesting fact for you: in Italy a ‘puttanesca’ is a common word for ‘a lady of the night’ as a result, in English it is sometimes referred to as Tart’s Spaghetti. 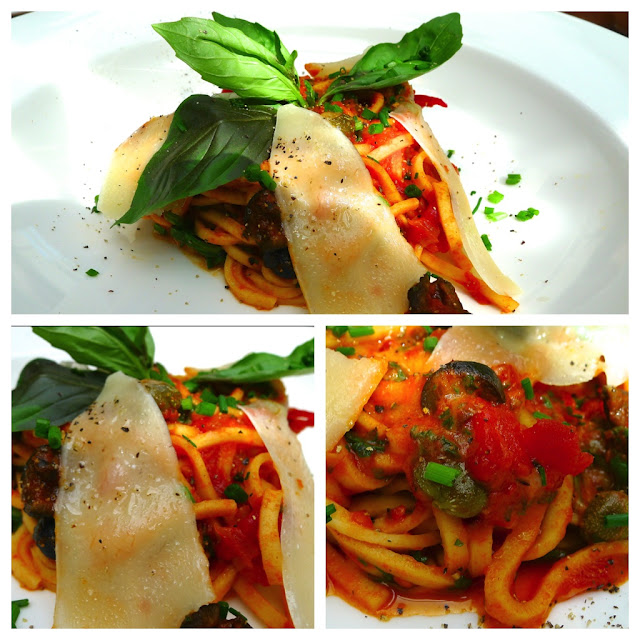 Deep fried courgettes - basil oil and parmesan. When ordering, I expected them to be battered allumette cut batons but these crisp bread crumbed roundels were a pleasant and delicious surprise. 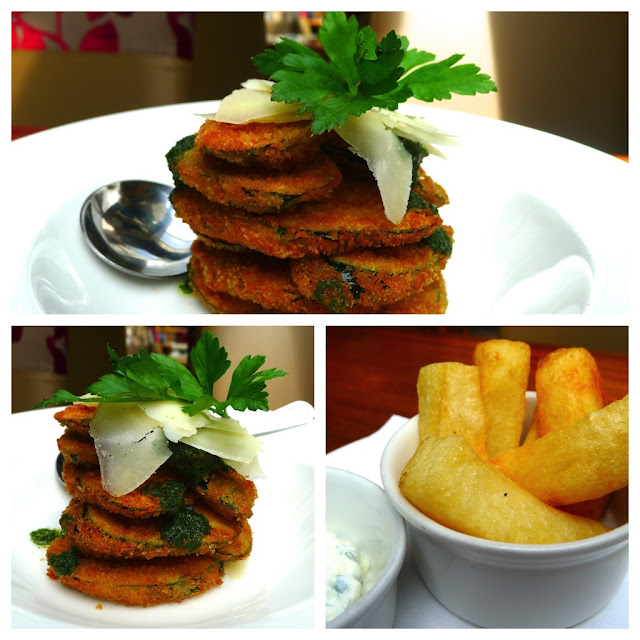 Fat chips with sour cream – when ordering I had ummed and ahhed over whether to order chips but fearing a carb overload, what with the bread and pasta, decided against it – the waitress obviously felt I looked undernourished and kindly brought me out a small sampling for which I was very grateful; they were delicious.

Food high points: the pasta dish was very good and the chips were fab.

Food low points: the only minor nit-pick relates to the generous serving if crème fraiche with the scallop dish; that aside the menu seemed well conceived and the dishes I ate showed why The Lime Tree has been such a successful local restaurant for so long. 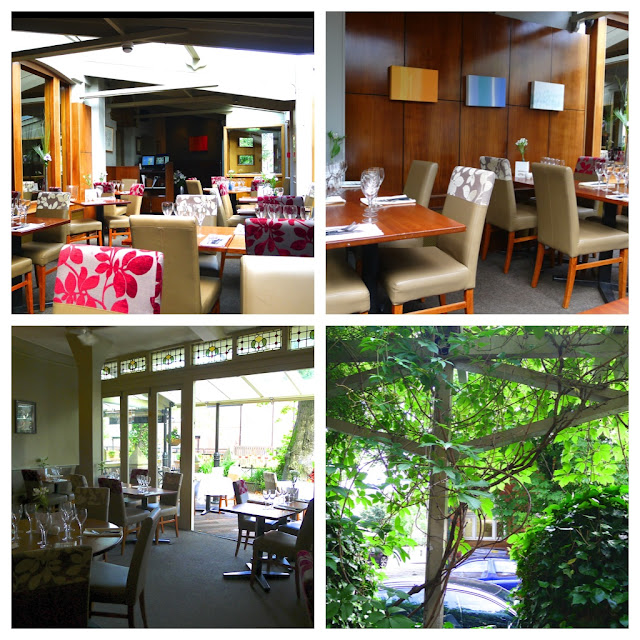 Décor / ambience: very much in the style of a typical local restaurant – nothing fancy but clean, comfortable, light, bright, airy and modern.

Service: I arrived as they opened for a mid-week lunch and was the only customer… service was friendly and attentive.

Verdict (Would I return?): Unquestionably… and hopefully I won’t leave it so long this time. I only realised afterwards that I didn’t order anything which would have been reared on their farm, so I’ve got a definite reason to go back.

I also heard that they are set to open / have opened a new / sister restaurant, closer to the farm called Lime Tree Bollington, which could be worth a gander.