The Brasserie at Alderley Edge Hotel

Since stepping up to the Head Chef position in 2006, Chris Holland and his team at the Alderley Edge Hotel & Restaurant (see here) have built up a solid reputation for serving some of Cheshire’s finest fine dining cuisine and earlier this year they revamped part of the restaurant’s former lounge area as a brasserie. 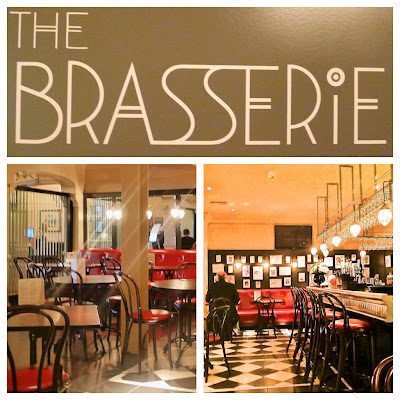 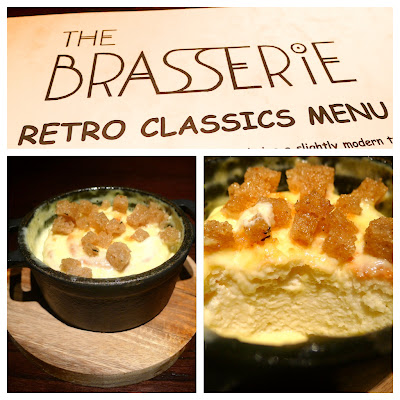 Twice Baked Three Cheese Soufflé with Truffle Croutons – a great example of a twice baked soufflé – the texture was spot on and neither of the three cheeses dominated. The croutons were a little too crunchy (hard) for my liking but the truffly scent and flavour from them was heavenly. 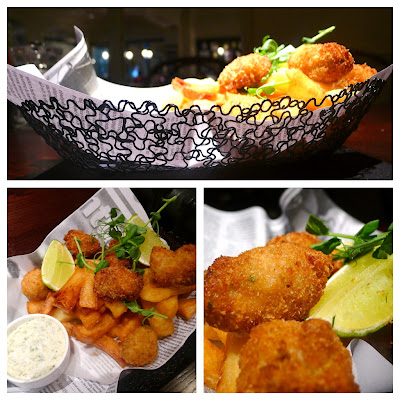 Scampi & Monkfish “In a Basket” with Triple Cooked Chips and Tartar Sauce – a perfect example of one of The Brasserie’s ‘retro classics with a slightly modern twist’ – the twist here being the twisted wire basket, bespoke ‘newspaper’ and wedges of fresh lime, which I found preferable to the usual lemon. 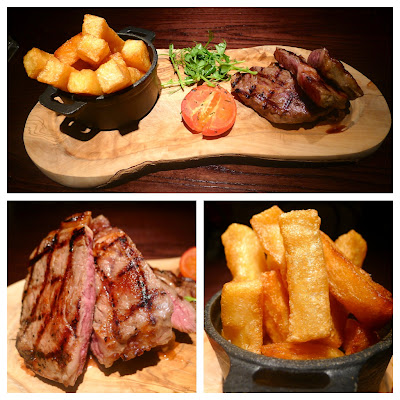 Dry Aged “Mr Frost’s” Rib Eye Steak, Triple Cooked Chips, Watercress – Chorlton’s award winning W.H Frost Butchers supply many of the top restaurants in Manchester and its surrounding areas and the quality always shines through when cooked well as in this case. 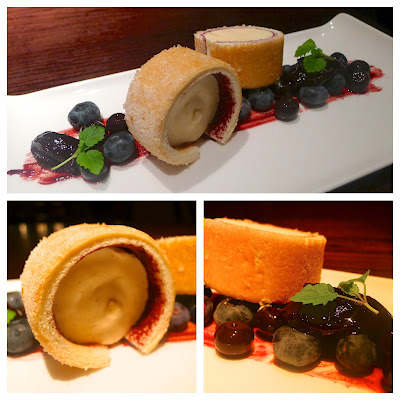 Retro Vanilla Arctic Roll, Poached Blueberries – I ordered the ‘arctic roll’ more out of interest to see how it was served than because it sounded like the best thing on the menu; fortunately it both looked the business and tasted great. The ‘roll’ part was light and spongy encasing smooth and creamy ‘artic’ – but it was the mixture of fresh berries, gelée and pâte de fruit that delighted most.

Food high points: the chips were immense – worth going back for alone. It was also a pleasant surprise to find a delicious steak ragoût nestling under the rib eye. 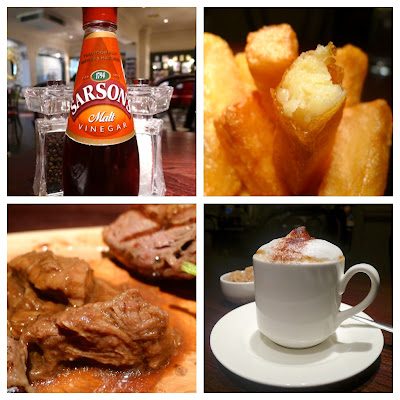 Food low points: as mentioned, for a greedy guts like me, the portions were a little on the small side but I suppose this is reflected in the prices – an extra side of those fantastic triple cooked chips is the way forward!

Décor / ambience: sleek, slick and sexy in black red and silver – as their website claims, ‘the perfect ambience for a cocktail, a quick coffee or a leisurely meal.’

Service: service was great: swift and attentive – for me the staff struck the perfect balance between formality and friendliness one might expect from a swanky brasserie attached to a four star hotel in an affluent area.

Verdict (Would I return?): most definitely and I must get back to the main restaurant too!