Next door to (and owned) by the A.S.M cash and carry in Ashton-under-Lyne (near Ikea), Lily’s is a vegetarian café serving mainly Gujarati specialties and sweets.

It’s a real hidden gem mainly frequented by locals in the know. I used to work in the area and would dutifully pay them a visit at least weekly. If I ever find myself anywhere near that part of town, I simply have to pop in for a snack, feast or for some take away delights! 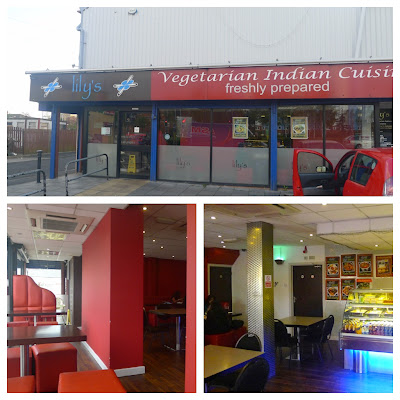 What they say: Lily’s do not have a website but details of opening times and its location can be found on veggieheaven.com, where it is listed in their Top 100 for serving ‘some of the best veggie food in the country.’
What I ate:

Of course, over the years and numerous visits I have tried most of the menu. These are some of my favourites though: 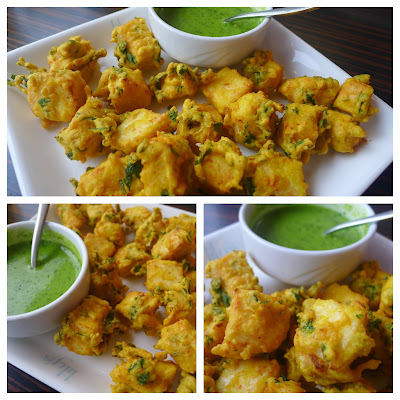 Paneer Pakora: these are wonderful - with their cheesy centre and spiced, crisp coriander batter and sauce; I find them one of the most moreish things on the menu. 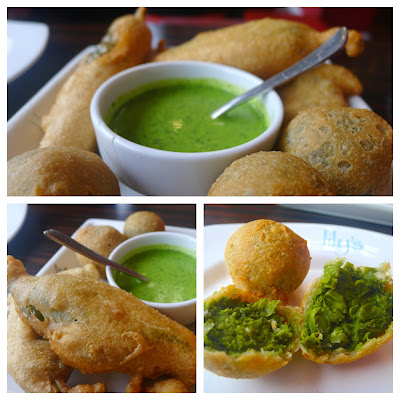 Lily’s serve a wide range of prepared snacks such as Samosas, Bhajiya and Kachoris. These can be bought from the counter to take away or eaten in (I always buy a selection to take home) – favourites include the Lentil Kachoris, Peas Kachoris and the Stuffed Whole Chilli Peppers (not as hot as you might think). 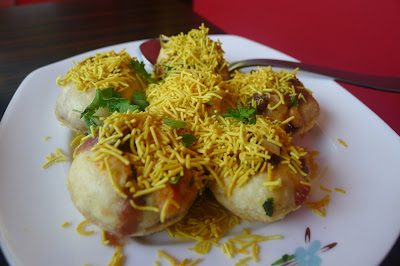 Sev Puri: there are a few puri based chaats (savoury snacks) one the menu including bhel puri, pani puri and dahi; but it is the sev puri that comes out on top for me – the combination of tamarind and spices is great but it’s the texture from the crisp vermicelli like ‘sev’ that makes the dish for me. 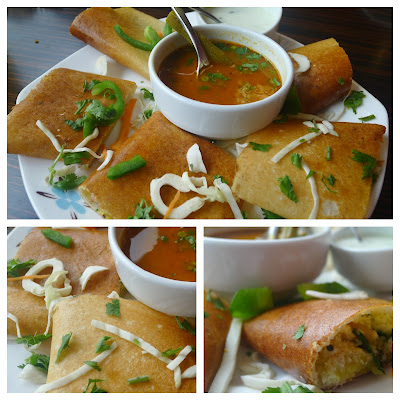 Masala Dhosa: dhosas are great and Lily’s ones are always top notch – be warned though, the gravy is quite spicy! 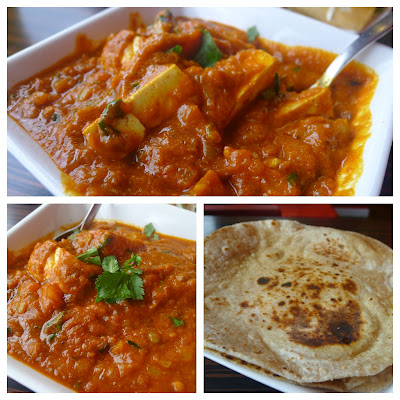 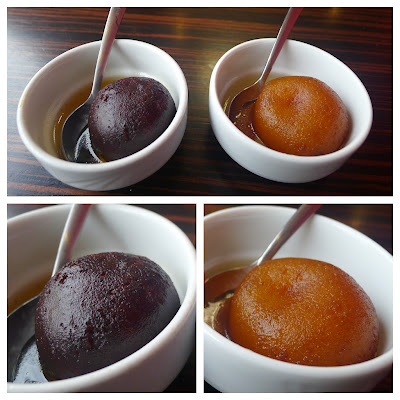 As well as the more popular Gulabjamun (the orange coloured one) Lily’s also serve Kalajamun (the darker one). The not so sweet Kalajamun, from what I understand, use essentially the same ingredients as Gulabjamun but the sugar is added at a different stage in the production and caramelised to give the darker colour.

Food high points: for me Lily’s has so many high points but I almost always order Peas Kachoris and Paneer Pakora.

Food low points: for my wife, she often finds some of the dishes too spicy – but don’t let this put you off; to use a local phrase, she is a bit “mard” when it comes to spice. 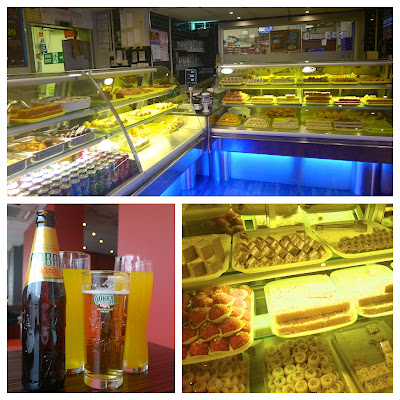 Décor / ambience: Lily’s is very much a café style setting, albeit a modern one decorated in red and black with faux leather seating. It is always clean and full of friendly folk!

Service: the staff at Lily’s are super friendly and helpful.

Verdict (Would I return?): as often as I can – if I still worked in the area, I’d be there every week without fail!