I arrived early at Sefton Park for the second day of the launch event weekend for the 2012 Liverpool Food & Drink Festival - it was drizzly but promised to brighten up later. Fortunately, I managed to park nearby and avoid the queues that had formed by the time the sun eventually decided to join the festivities. 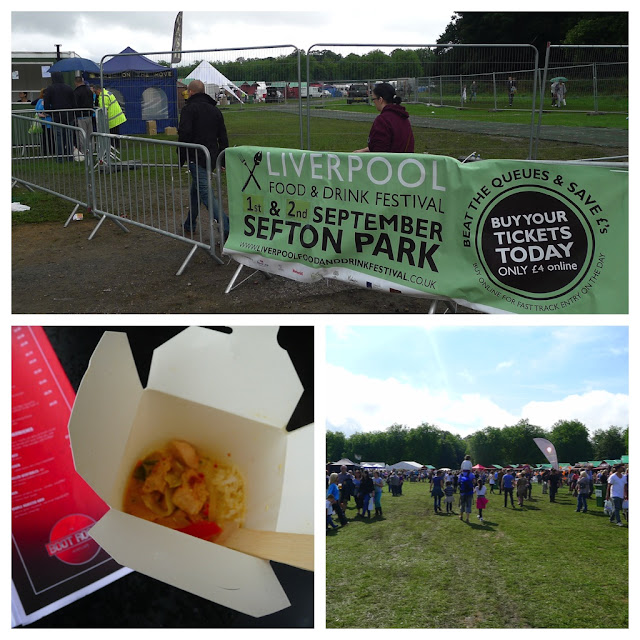 I was soon handed my first food of the day, a delicious Red Thai Curry from Liverpool FC’s ‘Boot Room Sports Café – like Brendan Rogers’ forays into the transfer market, it was clear I was going to have to pace myself. 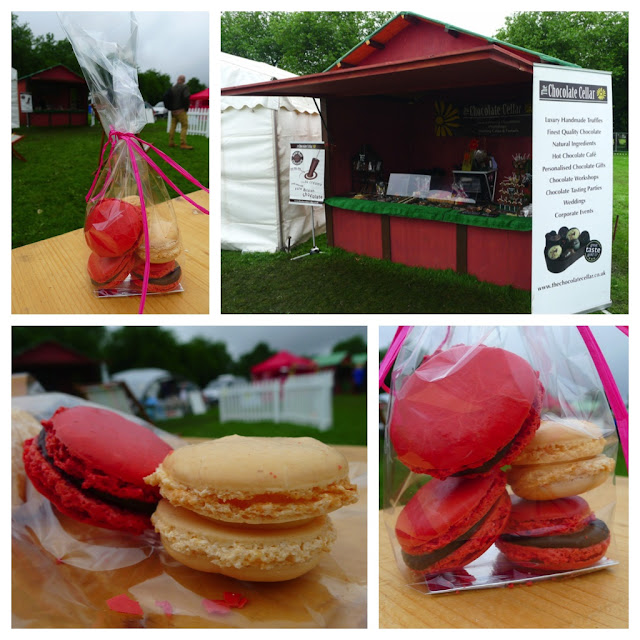 The next thing I ate were some delicious rose and champagne macarons from the Wirral’s award winning chocolatier, The Chocolate Cellar – keeping things sweet, I also bought some treats from Montezuma, Divine and Rococo Chocolates to take home. (Rococo's milk chocolate Sea Salt Wafers are one of my all time favourite indulgences). 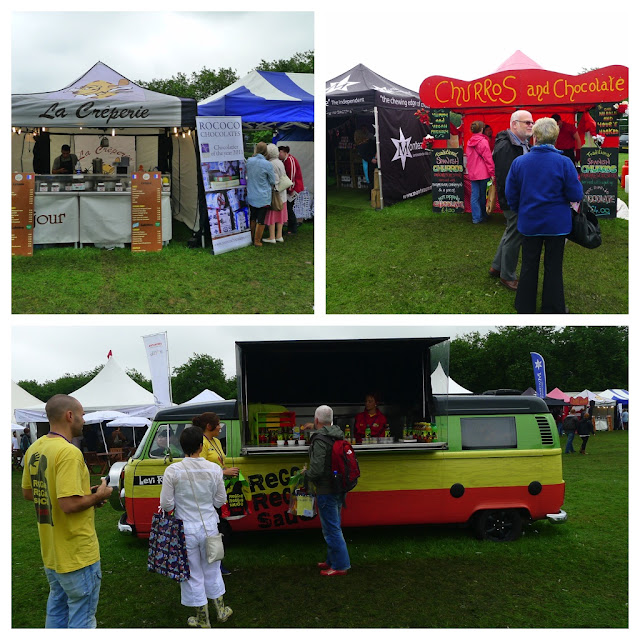 After some Churros & Chocolate and a classic lemon and sugar pancake from La Creperie, I began to feel sorry for the staff at the nearby stretched, Reggae Reggae Sauce VW camper van who had to listen to Levi Roots’ jingle on a constant loop throughout the day! 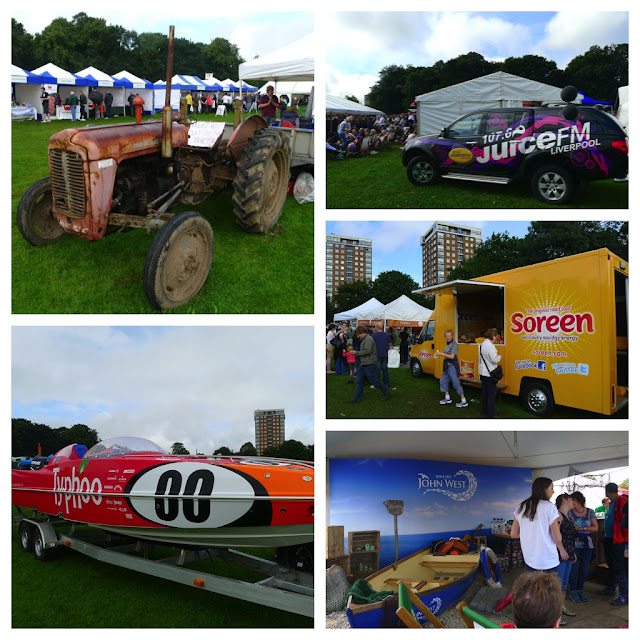 Whilst some folk made their way by tractor, Juice FM arrived in their funky Mitsubishi Warrior, the people from Soreen came in their big, yellow van, John West rocked up on his rowing boat and the people from Typhoo left disappointed when they realised their boat was a tiny bit too big for Sefton Park’s lake. 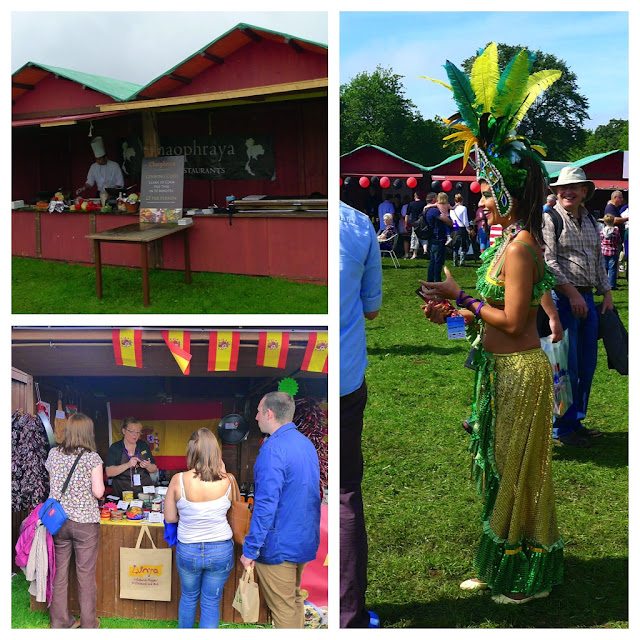 There was plenty of colour, culture and flavour on show from restaurants such as Lunya, Chaophraya and the glamorous Alma De Cuba dancing girls, who must have been relieved when the sun finally did break though. 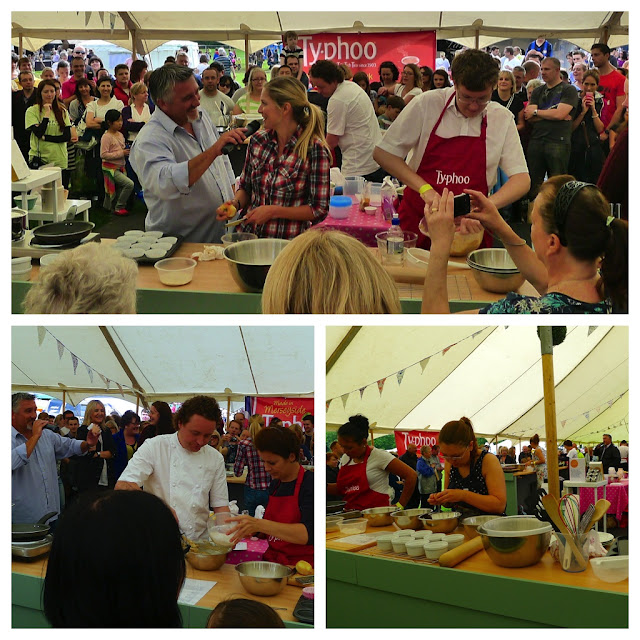 More glamour was added to the event by the celebrity chefs and TV personalities – Paul Hollywood (sans Mary Berry) hosted the ‘Bake Off’ tent where members of the public and special guests including Lisa Faulkner and Michelin starred Tom Kitchin competed in various challenges. 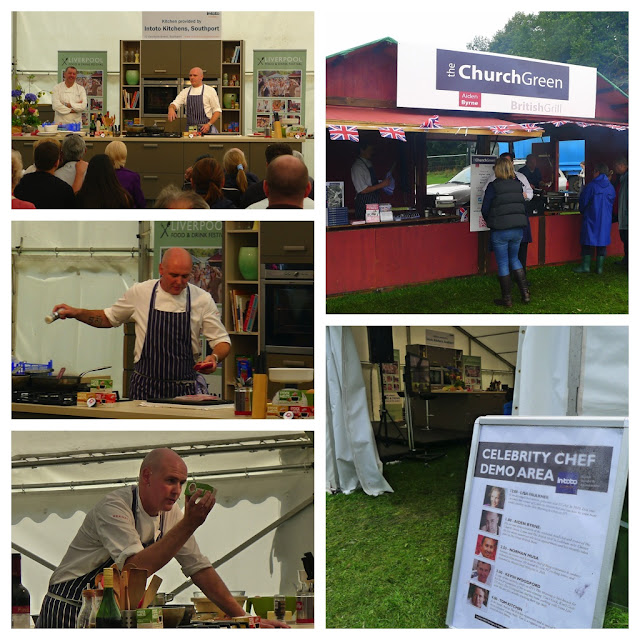 In the ‘Celebrity Chef Demo Area’, the hugely talented and entertaining Aiden Byrne from The Church Green in Lymm (aided by Brian Mellor from Cheshire’s Harthill Cookery School) cooked in front of a packed out audience whilst his partner Sarah and other members of the team served up the best burgers of the show, grilled to juicy perfection on their Inka Grill barbeque. 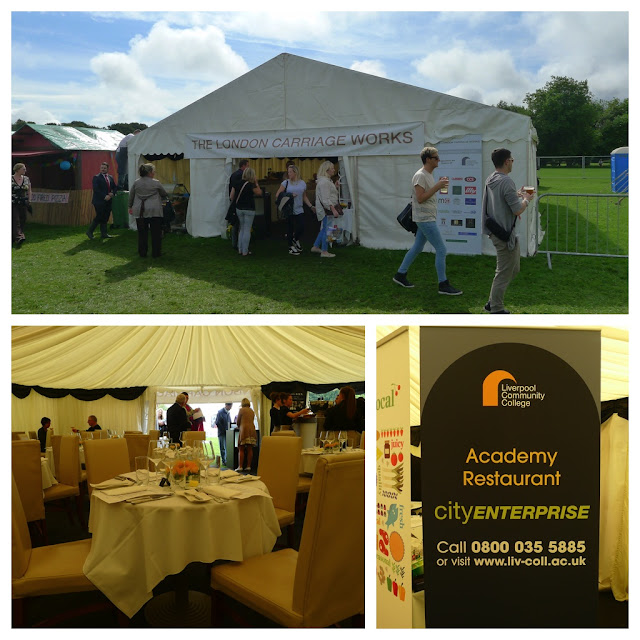 The biggest highlight of the show for me was lunch in Chef Paul Askew’s London Carriage Works ‘Pop up in the Park’ in conjunction with Liverpool Community College that was so good, I am going to write a separate post on it. 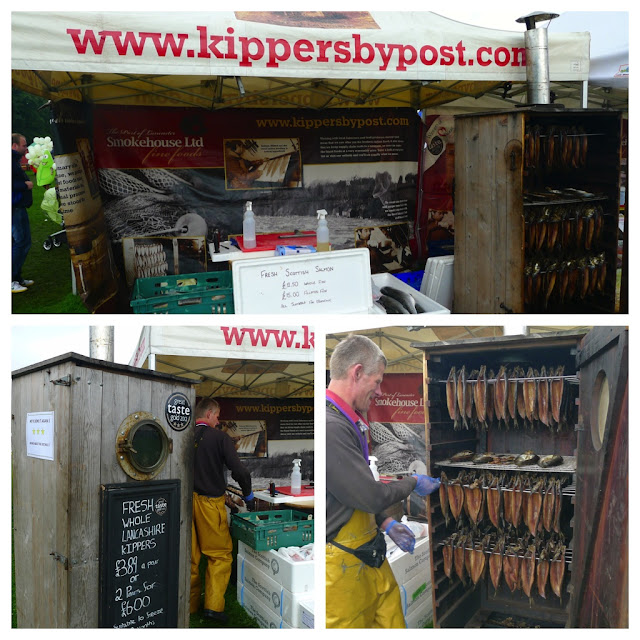 Along with the fact you can get Kippers By Post, other highlights included some great breads from ‘The French Corner Bakery’, Noman Musa’s and Ning's yurt and, of course, Mr Whippy! 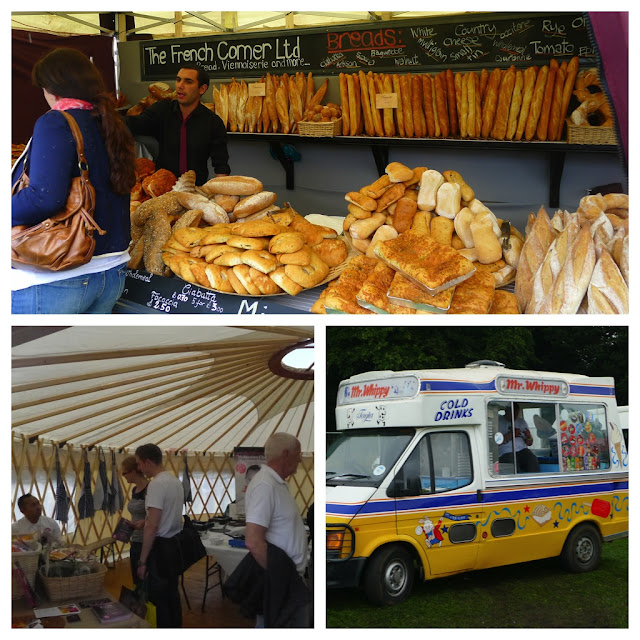 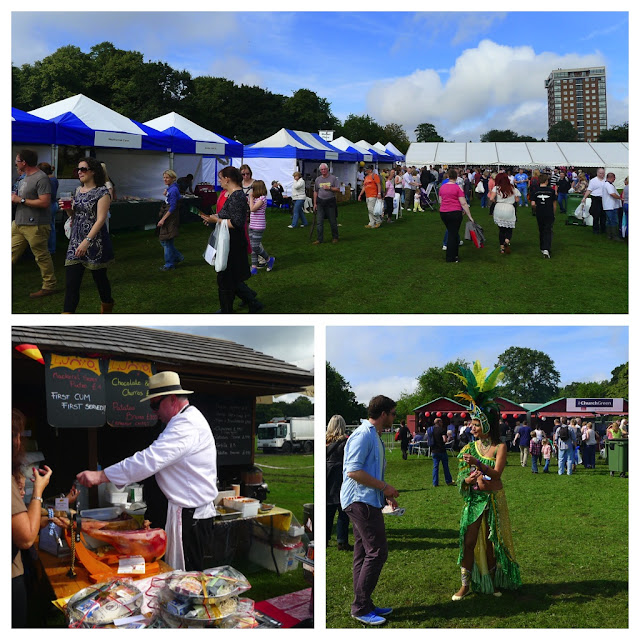