Fifty years ago, due to the popularity of its cream teas, cakes and other detectible delights, Malcolm Reid and his partner Colin Long made the decision to turn Ilkley's foremost antique shop and tearoom into a fine dining restaurant. Taking inspiration from the buxus shrubs that had been grown in the low walled gardens since the that grew in the low walled garden of the early, they called it The Box Tree. 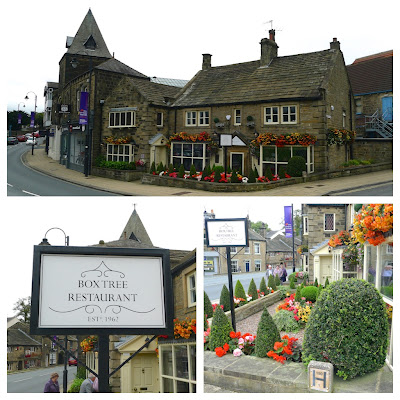 Over the next few years, The Box Tree established a reputation as one of the best restaurants in the North and in 1974 was amongst the first in the UK to be awarded a Michelin star. Three years later, along with Connaught, The Waterside and Le Gavroche they were awarded two stars – by this time, The Box Tree was widely considered to be the best restaurant in Great Britain & Ireland.

As time passed, both The Waterside and Le Gavroche went on to win three stars. In 1986, Reid and Long sold The Box Tree and its successes over subsequent years went in peaks and troughs; undulating as the surrounding Ilkley Moors.

A famed high in the The Box Tree’s history is the part it played in setting a young Marco Pierre White on his own road to Michelin stardom - lows include spells without stars. 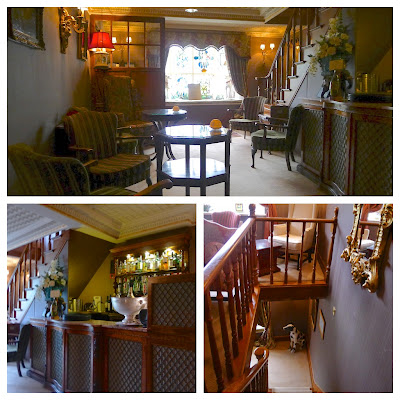 The restaurant’s recent success has come since Simon Gueller and his wife Rena took ownership (in 2004) gaining and retaining the star the following year. One of the most recent (2010) and significant developments in The Box Tree’s history has seen Marco return to ‘his spiritual home’ in partnership with the Guellers with a view to cementing further the reputation and heritage that makes The Box Tree uniquely special.

It’s just over a year since I last dined at The Box Tree; on this occasion I had also spent a day in the kitchens (see here). Since this visit, Head Chef Dan Birk has contributed to the restaurant successfully retaining is Michelin star for their 50 anniversary year and for 2013 – the next chapter. 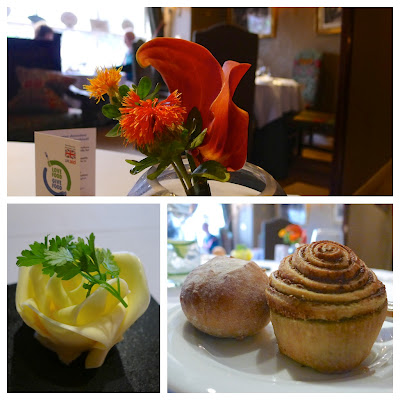 What they say: The Michelin guide says, ‘Iconic restaurant in a charming 18C sandstone cottage. Plush sitting area with semi-gilded ceiling and fine antiques. Two main dining rooms laid with quality tableware. Confident, classical cooking is precise and skillful, with a strong French bias. Preparations are straightforward and let the ingredients shine through.’

What we ate: (Sunday Lunch). 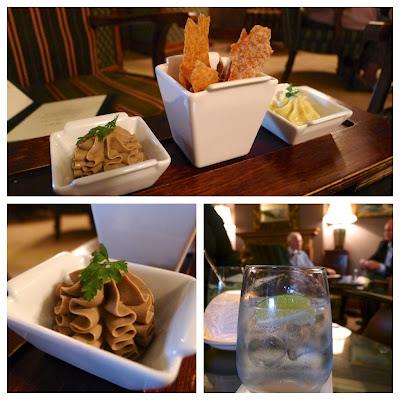 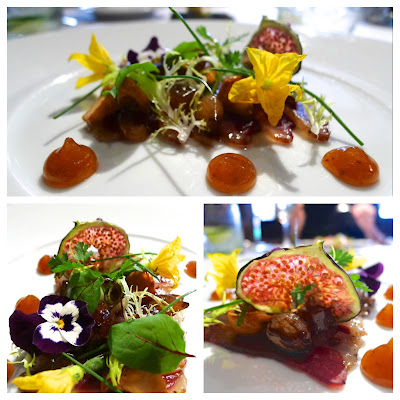 Smoked Duck Salad, micro herbs, fig jelly – a beautiful looking dish garnished with a dehydrated slice of fig, herbs and flowers. The herbs and flowers were not there to simply look pretty; they really helped to balance what would otherwise have been overly sweet for my taste. 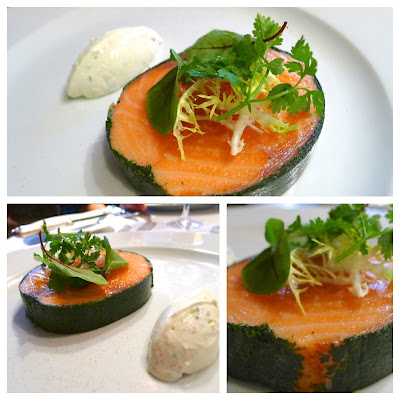 Organic Salmon Ballotine, fresh herbs, fromage blanc, toast brioche – a favourite of my wife’s, the salmon ballotine is somewhat of a signature dish at The Box Tree. 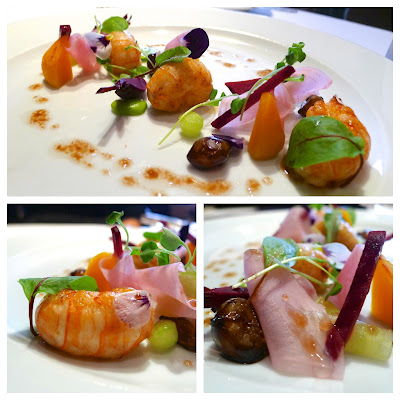 Seared Scottish Langoustines, pickled vegetables and balsamic onions – my stepdaughter ordered this and I must admit I was a little envious when it arrived; thankfully she was kind enough to give me one of the ‘langos’, it was perfectly plump and the pickled vegetables helped to make the dish into something very special. 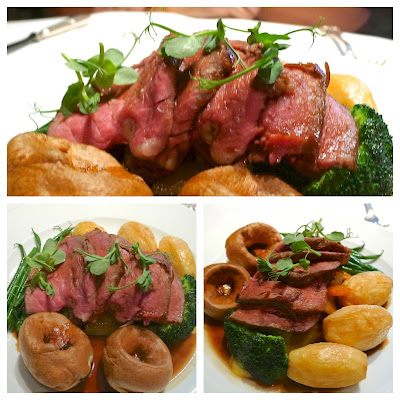 Roast Aged Sirloin of Beef, Yorkshire Pudding, red wine sauce – the beef was top quality and cooked to perfection. The veg was good and the red wine sauce excellent but the potatoes were not as special as I’d expect from a Michelin starred restaurant. 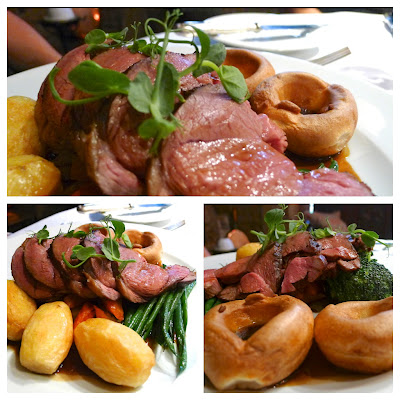 Hebridean Leg of Lamb, Sunday garnish, roasting jus – the lamb, bred by Gareth Barlow on the Howardian Hills, was immense. At the age of 19, with no background in farming, Gareth started breeding his sheep in 2010. He now supplies several Michelin starred restaurants and tasting the lamb, I can see why – an amazing success story. 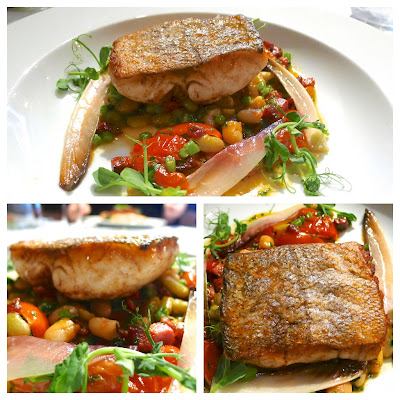 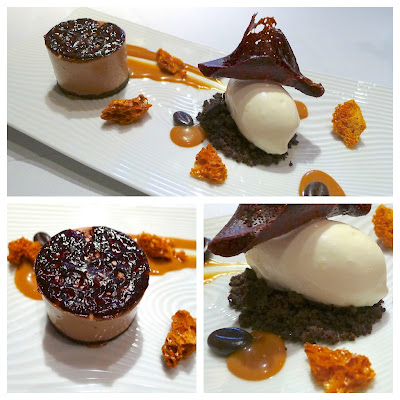 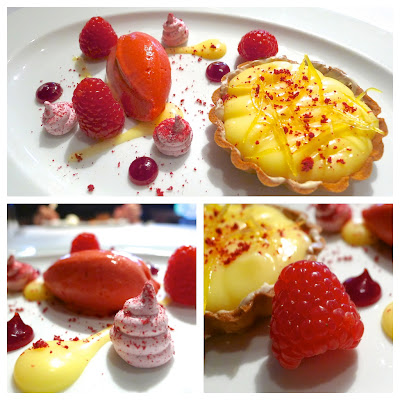 Lemon Curd Tartlet, raspberry garnish – a beautiful dessert with delightful little meringues. The raspberries were excellent but personally I’d have preferred the lemon curd to be a little more sharp. 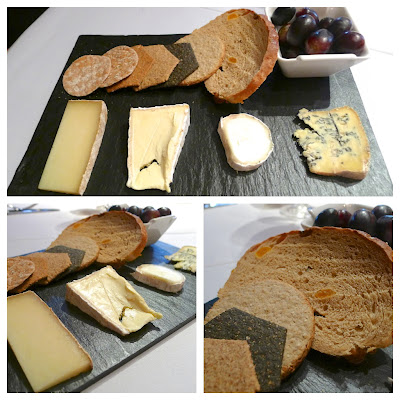 A Selection of Fine Cheese – simply served with bread, crackers and purple grapes the selection included the nutty pecorino style Spenwood from Berkshire; a creamy Brillat-Savarin; a Golden Cross Goat’s cheese and a semi-mature Perl Las Blue with a good balance of salt and lemon.

Food high points: highlights included the langoustines, lamb and hake dish but another great thing about the meal were the breads – the Pesto & Parmesan and Multigrain

Food low points: I love The Box Tree and don’t feel comfortable criticising it but as just one of a handful of restaurants in Yorkshire with a Michelin star, I’d expect the ‘Yorkies’ (Puddings) to be exemplary but sadly they failed to meet my expectations. 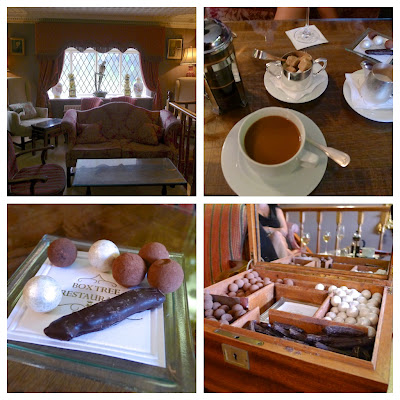 Décor / ambience: this is where The Box Tree excels; everything about it oozes history and quality. The fine artworks and antiques speak volumes about the unique heritage of this special restaurant. The music is always perfectly pitched – favourite albums on their playlist include Charlie Haden’s ‘Nocturne’ and Janet Seidel’s ‘Moon of Mankoora’.

Service: fifty years of experience have been handed down through successive front of house managers; this shows as Andrew Pratt and his team conduct the service with grace, knowledge and distinction.

Verdict (Would I return?): as long as they continue to maintain the history and standards that they have over the last 50 years, I can see myself returning every year until 2062! (I’d be 87 then and after helping them celebrate 100 years will probably just stick to my meals on wheels.)