Vermilion is an orangey red pigment, which naturally occurs in ‘cinnabar’, a mineral that is the principal ore of mercury. Together, Vermilion & Cinnabar is also the name of a huge three storey, East Manchester ‘Thai fusion’ restaurant, near to Manchester City’s ground in industiral Eastlands. 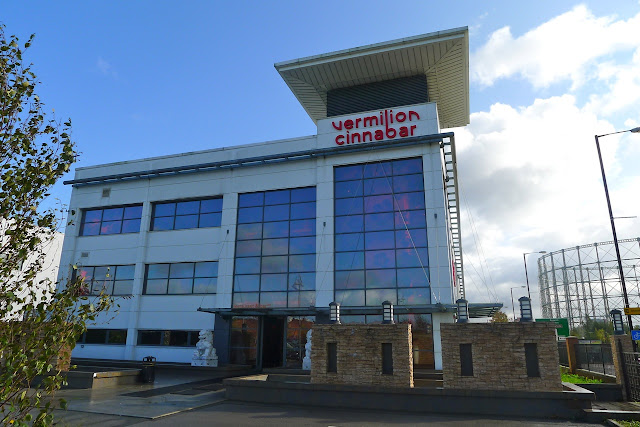 Having recently written about my ‘Best of 2011’ (see here), it seemed fitting that I should also enlighten you with my worst dining experience of the year. 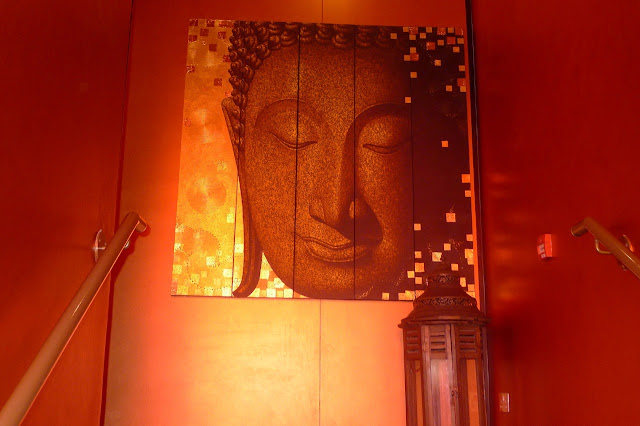 Previously I have stated that, when disappointed by a meal or restaurant, I may not necessarily get round to writing about it, for the simple reason that I would much rather write about something or somewhere that I have enjoyed. Although, people have said to me that I should share more of my negative experiences, which may in turn save others the same misfortune. 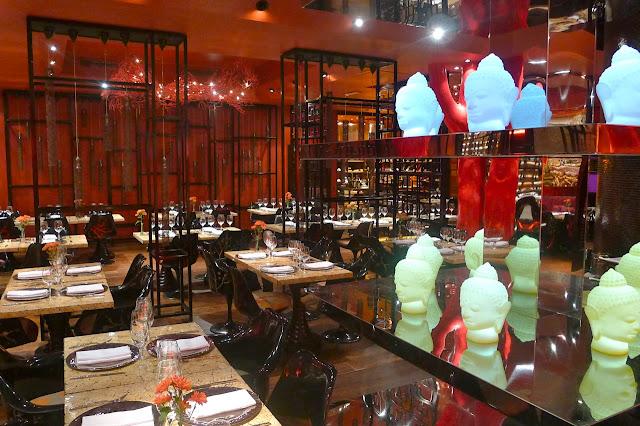 Vermilion & Cinnabar make some bold claims on their website and I must admit, in many respects, the £5 million venue does impress. Designed by Miguel Cancio Martins (famous for designing the Paris Buddha Bar and Alain Ducasse’s Crystal in Marrakech), the décor is an eclectic mix of Asian inspired artefacts and hues. Vermilion is described as a fusion between, ‘ultra-modern design with traditional Asian antiques’ - to me, in places it seemed as though someone had been given a blank cheque and performed a trolley dash in the homeware section of T.K. Maxx with the brief to grab anything vaguely ‘ethnic’. 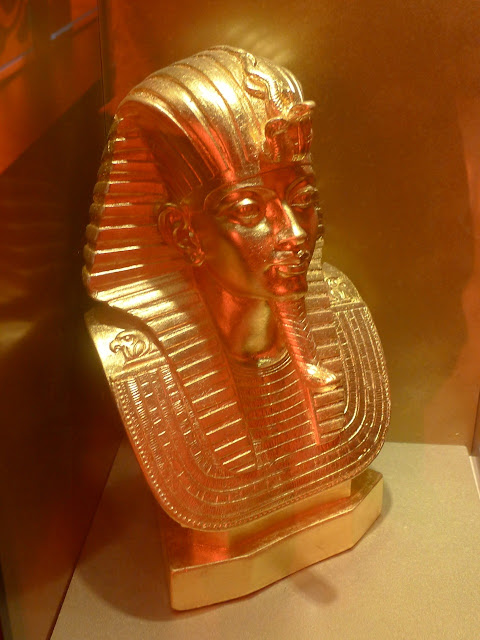 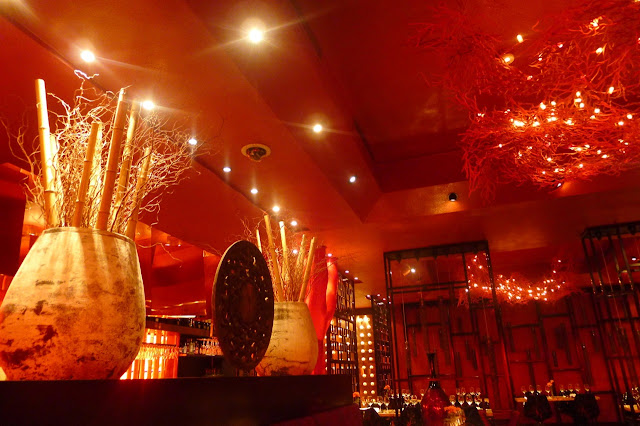 Popularly known as 'Mr. Shrimp' or 'King Prawn', Iqbal Ahmed OBE, a Manchester based entrepreneur of Bangladeshi origin, is the man behind the venture. Originally making his fortune in shrimp, the success of Iqbal’s two companies, Seamark and Ibco have earned him the accolade of the wealthiest British Bangladeshi to feature on the Sunday Times Rich List. 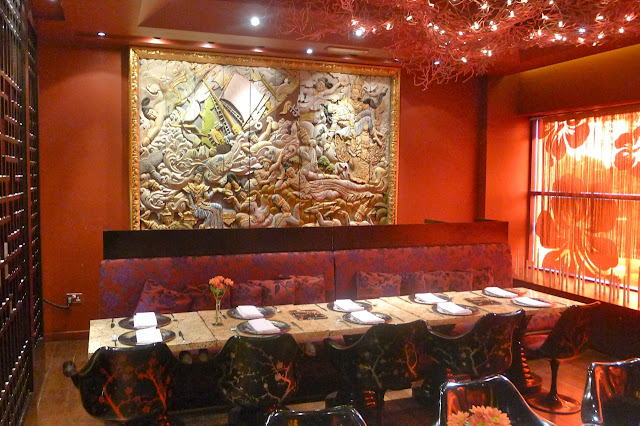 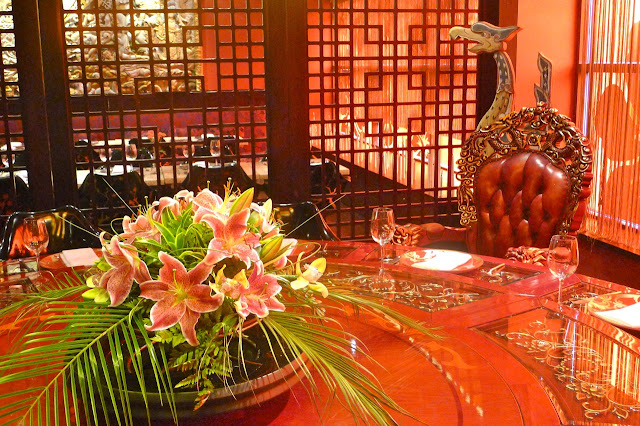 Overseen by one of Thailand’s most well ‘respecting’ chefs, Master Chef Chumoi Jangprai, Vermilion & Cinnabar are rightly proud of their state of the art see through kitchen. Designed by one of the world’s best kitchen designers Ken Winch; whose company Sefton, Horn, Winch has completed projects for fine dining restaurants and Michelin Star establishments such as Hakkasan, Yauatcha, Bar Boulud, The Fat Duck, Dinner by Heston (as well as Tate Galleries, Buckingham Palace and the Royal Palaces in Abu Dhabi), it’s a shame the food is not befitting of a kitchen with such illustrious associations. 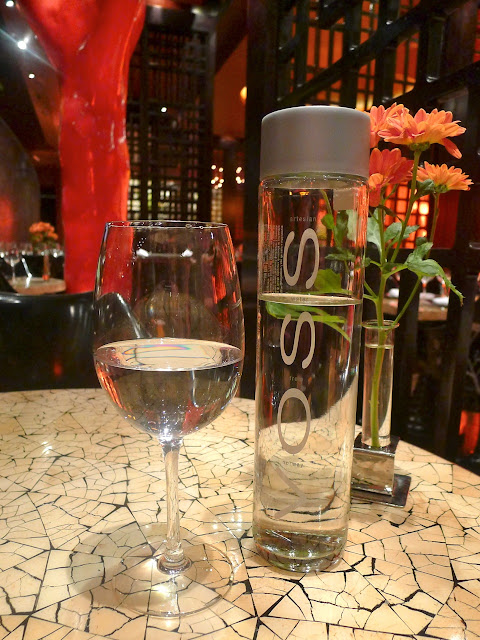 After attending a meeting at the nearby City of Manchester Stadium, I visited on a Tuesday lunchtime, back in October. As a huge fan of chickpeas, I chose to start my meal with Aloo Chana Kuchmur ‘a refreshing mix of chopped onions, tomato, cucumber and potatoes’ I found the dish, buried under crumbled poppadoms, uninspiring and unpleasant to eat – the dish (potatoes especially) was served too cold direct from the fridge and the dried spices tasted powdery and too aggressive in their raw state. 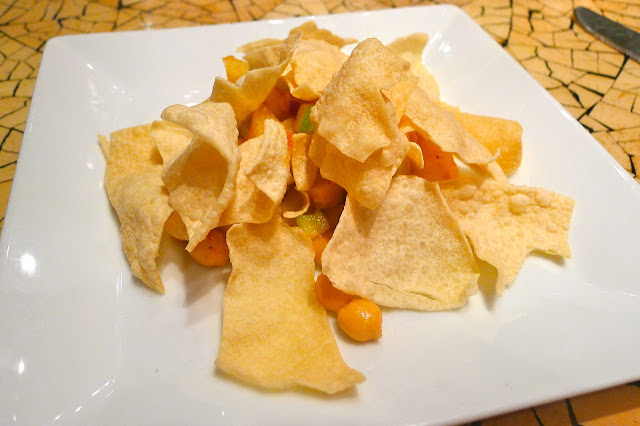 My main of Phad Thai Khoong Sod did not fare much batter. Overall I found the dish bland - the tamarind sauce did not deliver the expected depth of flavour and the tiger prawns were rubbery. As is common with Asian dishes, so that the diner can adjust the flavour to satisfy their palate, chilli (dried flakes) was served alongside (as were some stale tasting peanuts). 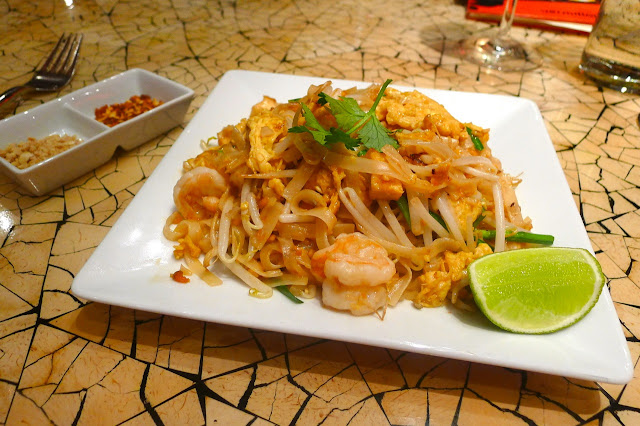 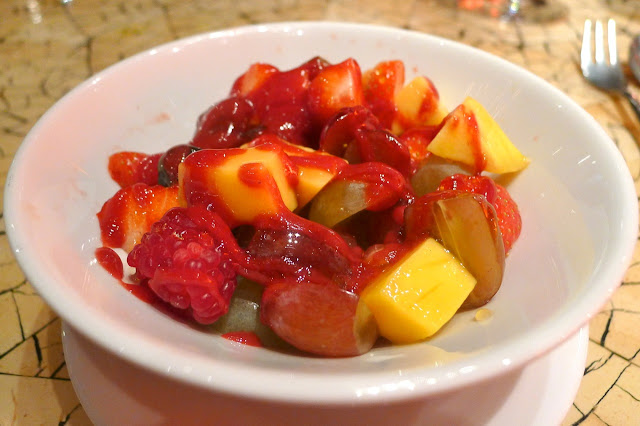 All in all, as beautiful as the venue is (in parts) if the food is not up to scratch then I’ll not be returning or recommending. My colleague who suggested Vermillion to me proposed the meal may not have been such great quality because it was a Tuesday lunchtime and there was only two other tables being occupied; for me, as a paying customer, it should not matter how busy a restaurant is, or what time of day it happens to be – the food was simply not up to the standard I expected.