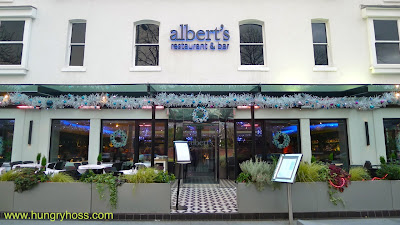 The story goes, that the owner (Salford lad, bookmaker and key person responsible for the redevelopment of Manchester’s Castlefield area) Jim Ramsbottom acquired the name from his Uncle Albert who would only relinquish his tool store to his entrepreneur nephew on the condition that the shed was duly honoured.

The restaurant and bar is sleek, modern and chic – to quote a friend of mine, “It’s certainly had some money thrown at it!” The whole space was light and airy; every surface was polished and gleaming; the chairs were both funky and functional (all too many restaurants seem to order their chairs from a catalogue on the basis that they have the right look but then prove crippling to sit on!) 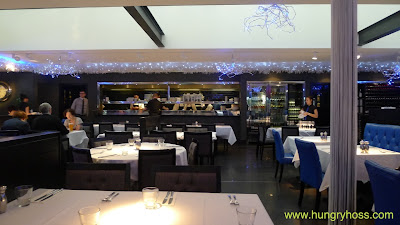 For me, no matter how perfect the environment is, if the food and service isn’t up to scratch – I won’t be going back! The service was perfect for the type of establishment and luckily, the food was good enough… just! (The saving grace being the fact that we opted for the excellent value lunch deal of two courses for £10.95). 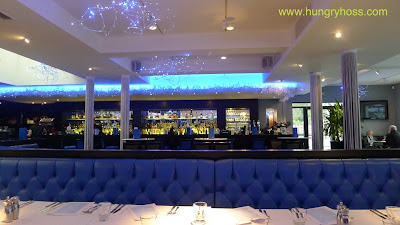 We started our meal with Albert’s sharing board – roasted garlic and cumin hummus, black olive tapenade and smoked salmon and dill mascarpone served with hand presses chilli and spring onion flatbreads and a rocket and parmesan salad. 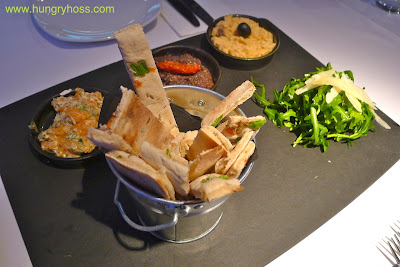 The flat breads were especially decent enough and presented in faddish miniature galvanised buckets (the other alternative these days is the ‘mini frying basket’ – at least they have stopped those towers of crisscrossed chips!) Although they did not ‘wow’, the accompanying dips were fine but, to me, the rocket salad tasted as though it had been doused in Sarsons – it was far too vinegary. 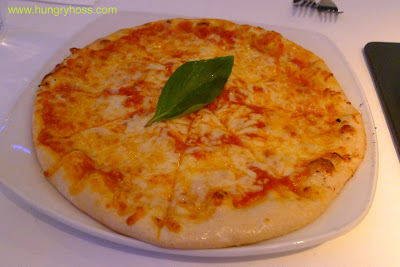 Despite its reasonable value at £4, the Garlic bread with mozzarella and tomato was also a little disappointing in that, although there was nothing ‘wrong’ with it, I believe they are tastier at local places such as Gusto or Pizza Express. 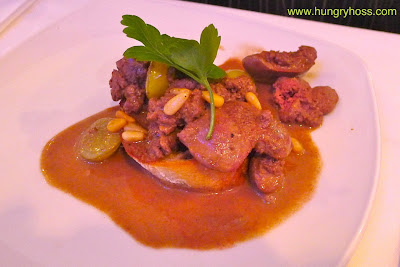 On a more positive note, my brother in law was very pleased with his Pan fried chicken livers in a marsala cream sauce, with sweet white grapes and toasted pine nuts – it certainly looked good. 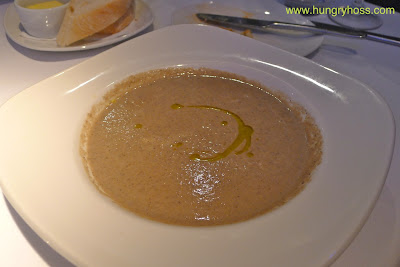 My wife and her sister really enjoyed their Wild mushroom and truffle soups. I had a cheeky taste and also found it well executed. 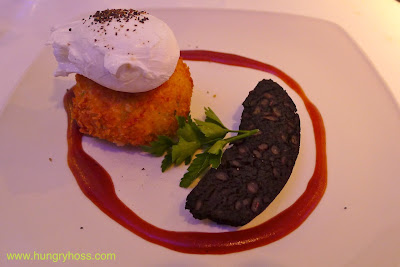 My starter of Bury Black Pudding and potato cake with served with a spring onion potato cake, soft poached egg and HP sauce was well put together and did exactly what it said on the tin. 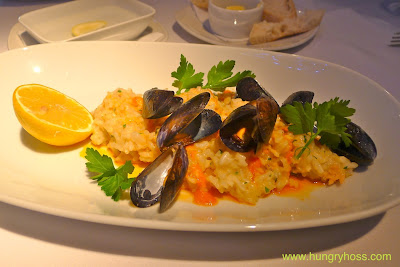 My wife and her sister both opted for ‘Today’s fish’ – which was a smoked trout risotto with mussels, lemon and parsley. I wouldn’t like to comment on the flavour because the forkful that my wife gave me had been slathered in lemon – they were both happy with their choice. 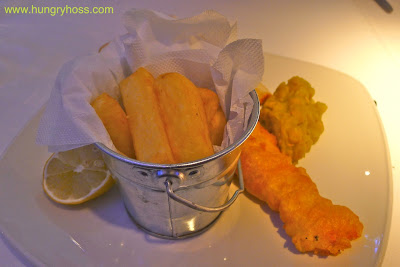 Featuring another appearance from the itty-bitty bucket, for my main I chose a favourite dish of mine which is always a good benchmark of quality, Beer battered fish & chips (cod fillet in a beer batter served with proper mushy peas, bread & butter and homemade tartare sauce) – it was tasty enough, although it pailed in comparison to a similar dish served at the nearby Pointing Dog (see here). 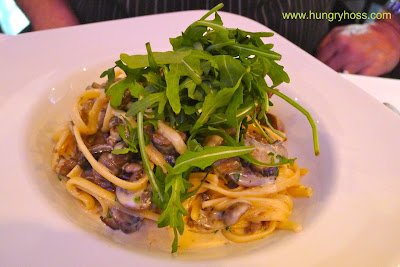 My bother in law’s Wild mushroom linguine (linguine with oyster, field and button mushrooms in a cream and white wine sauce topped with fresh rocket) looked good – it certainly appeared to have a generous quantity of mushrooms.

Overall first impressions: not excellent as I think there are other places in the area that offer slightly better food with similar value for money. Saying that, I’ll definitely go back and give it another chance.