Despite having enjoyed eating at the various tapas bars, seafood restaurants, a Bib Gourmand and the magnificent El Claustro in Granada, it was good to know that we had a booking at a Michelin starred restaurant. Café de Paris in Málaga’s old town uses modern and classic French techniques to serve ‘high gastronomy’ with Andalusian influences and quality seasonal products. Right up our street! 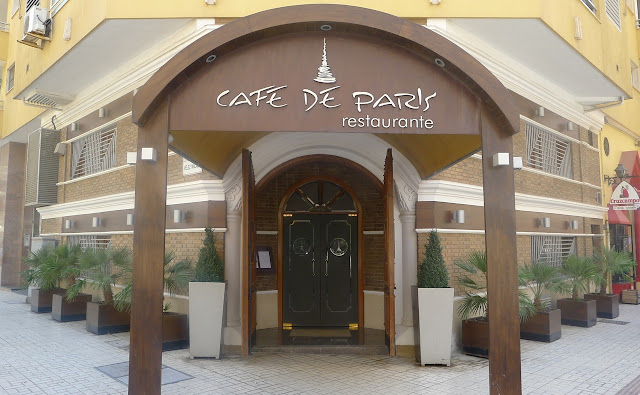 On the corner of two quiet side streets near the town’s bullring, stepping into Café de Paris, for the time being*, is like stepping into a haven of old school luxury (*they are soon moving to new premises at Muello Uno). As you enter, the first things you notice are the wooden display cases, showcasing quality glassware; some of the chef’s awards; food and travel guides and a collection of elBulli books. 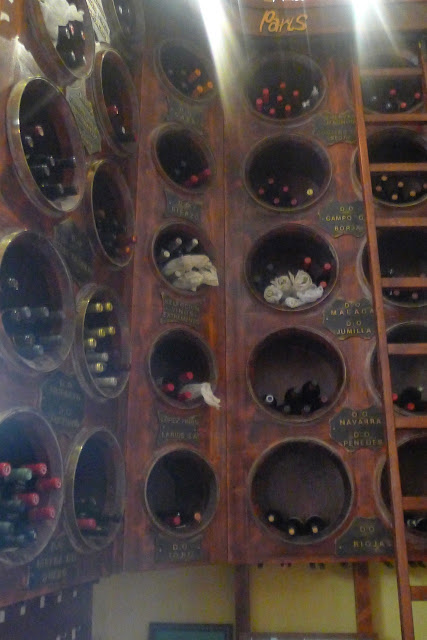 To the right, a small reception area, complete with a charming laddered wine rack housing their collection of some of the finest Spanish wines organised by region or D.O. (Denominación de Origen), from areas such as Ribera del Duero, Campo de Borja, Bierzo, Utiel Requena, Xérès and of course Rioja. 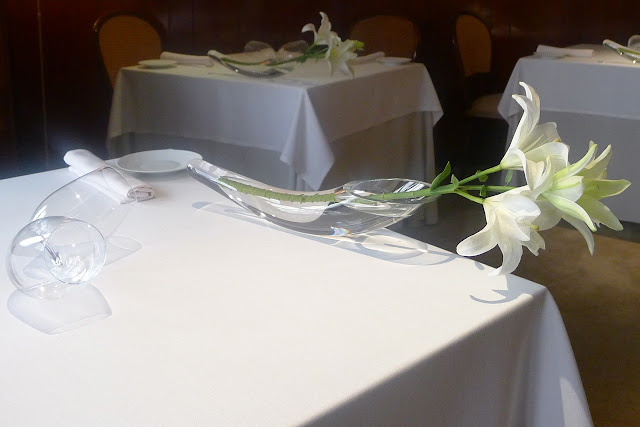 Upon being shown into the small, intimate dining area, set with just sixteen covers the quality ensues: well spaced tables, covered in quality linens, Limoges porcelain side plates and Riedel glassware promise food of equal splendor. A feeling of grandeur and indulgent luxury instantly puts one at ease - the lavish décor completed with charming horn of plenty shaped vases with flowing with fresh flowers.

Growing up in Málaga at his parents’ churrería, which later became a café and then the fine dining establishment the Café de Paris, I imagine a young José Carlos García had two dreams - to take over his father’s kitchen and to win a Michelin star. After achieving excellent grades at catering collage and completing his apprenticeship under Joan Roca, Michel Bras and Martin Berasategui he fulfilled his first dream in 2001; and the second a year later when he won the restaurant its first Michelin star, which they hold to this day.

We were presented with the menus, À la Carte and the Menú Degustación Estacional – we opted for the Seasonal Degustation Menu (€64) with the supplement (€10) of accompanying homemade breads, butter and tapas. We had been recommended the ‘tapas’ upgrade and were pleased we did as it also included some delightful petit fours. 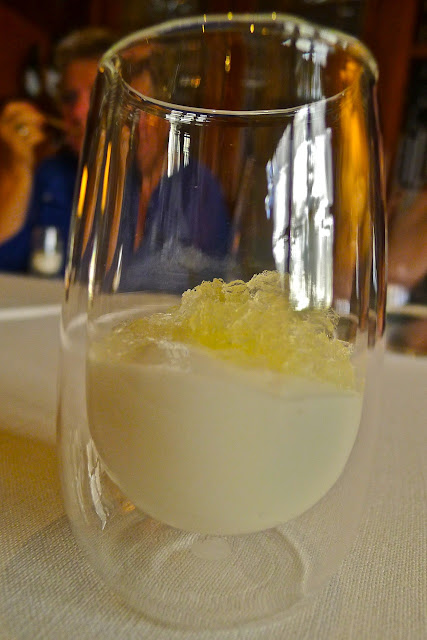 The first tapa dish was a vibrant tasting palate cleanser comprised of a minty espuma and a sharp lime granita to create a Mojito en texturas. 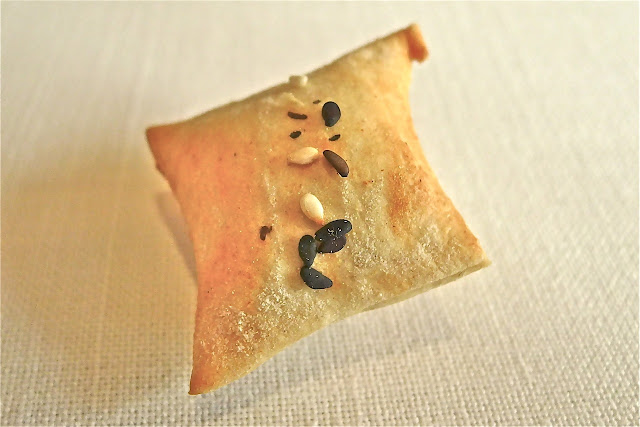 Next up was a little crunchy pillow of flatbread containing humous - Crujiente humous. 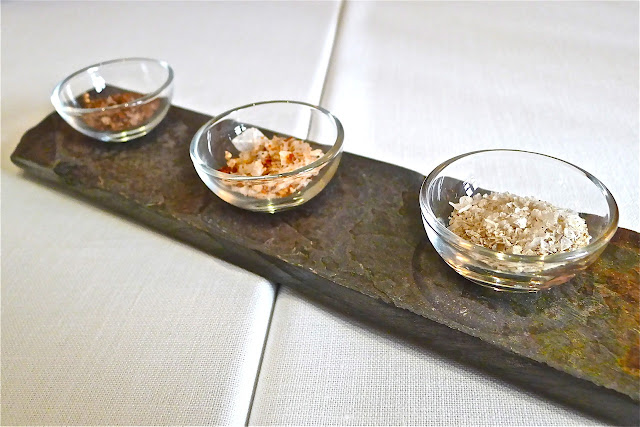 The fresh selection of breads was served with a trio of interestingly flavoured salts - Chilli salt, Chocolate salt and a Curried Masala salt. All were delicious and I cannot chose a favourite – suffice to say that they definitely pushed me over the adult daily recommended salt intake of 6g (around one full teaspoon). 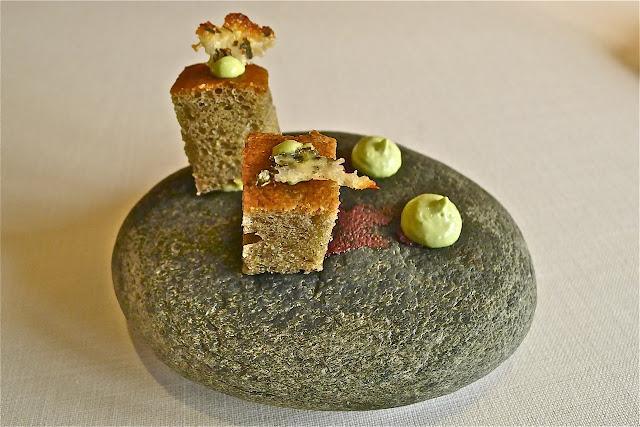 The next tapa featured a Basil focaccia, topped with crunchy cheese wafer and a basil crème – artistically presented on a stone. (Any reader invited to my next dinner party, expect a dish served on a stone – don’t worry, I will wash them first!) 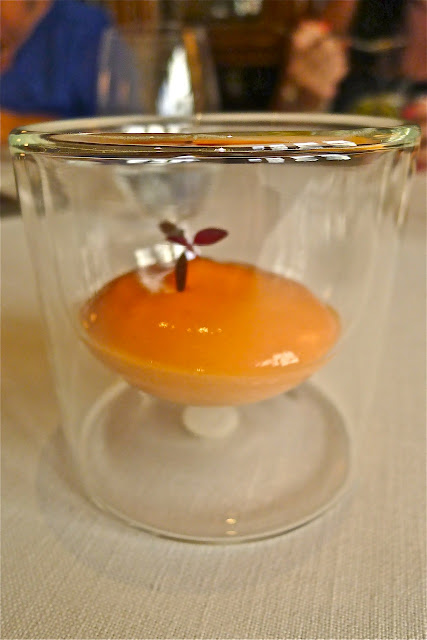 The first dish from the menu proper was, Ostras Bloody Mary – a beautiful dish, my favourite of the meal. An intense foamy tomato sauce with a punchy vodka soaked oyster suspended in the middle. This sparked up the conversation about whether to swallow whole of chew your oysters – I am definitely a chewer! 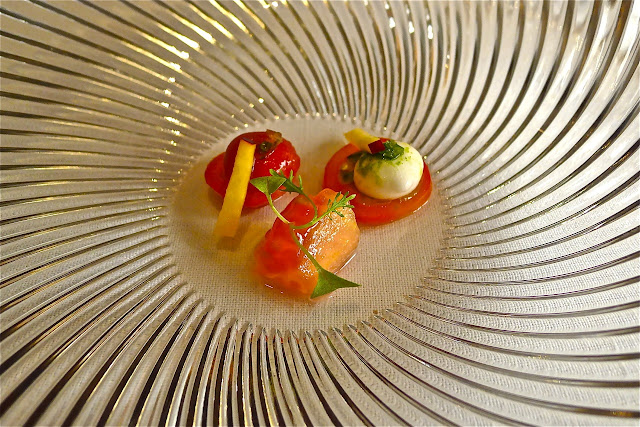 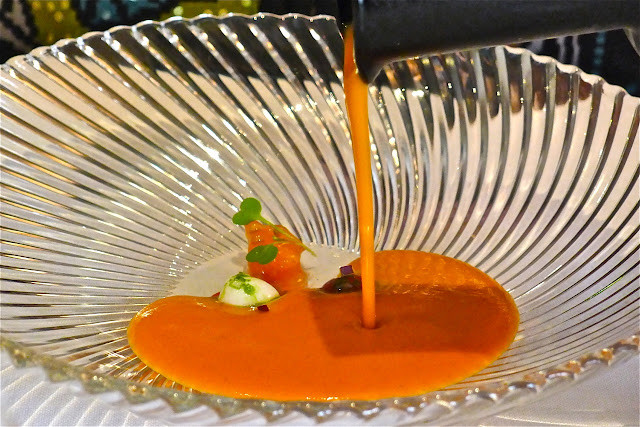 The next dish, Gazpacho de nectarines con yoghurt mediterráneo y aciete de albacaha, divided opinion; half of my dining companions finding it too intensely flavoured. I loved the concentrated punch of the nectarine gazpacho – a zingy sorbet in a soup… a perfect reflection of the Spanish sunshine. So full of flavour, so refreshing! 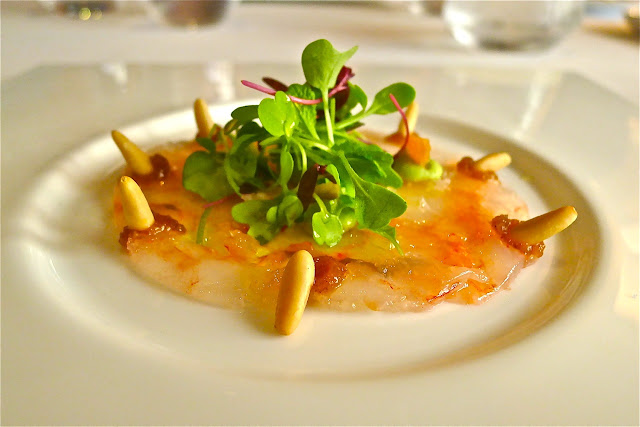 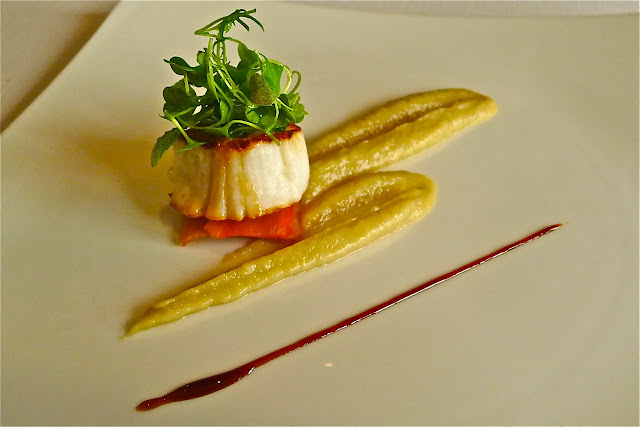 Having eaten what was possibly the best scallop dish of my life at The Box Tree, Ilkley, earlier in the month, this course had a lot to live up to! The Box Tree dish remains número uno but the, Vieras caramelizadas con coca de pimientos rojos asados y aciete virgin extra, was still very tasty – the salted biscuit and concentrated swipe of olive oil making especially good partners for the caramelised scallop. 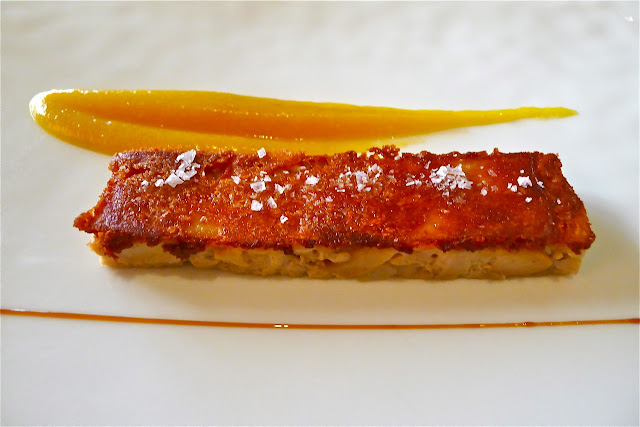 The next course was listed on the menu as something which roughly translated as, “Pigeon with ‘false potatoes’ risotto and his liver” but we were given the opportunity to change this to, Cochinillo confitado, cardamono y pina especiado or Suckling pig with cardamom and grilled pineapple. Despite being a fan of suckling pig, I would have preferred the pigeon but was out voted by my dining companions (as is usual with a tasting menu, all diners are expected to have the same.) Annoyingly, most of them were a little disappointed with the pork dish because of the sweetness of the pineapple, making me feel even more peeved about not having the pigeon. 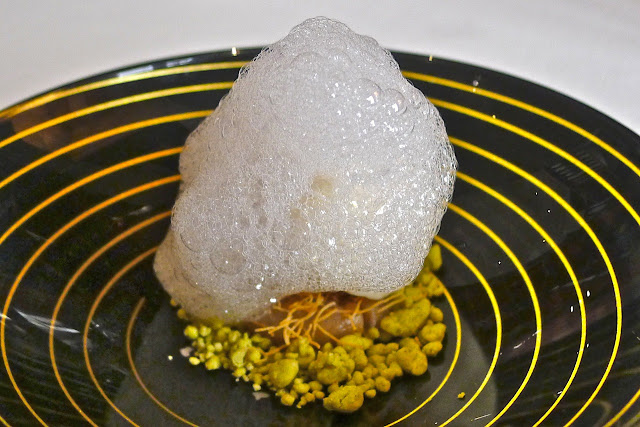 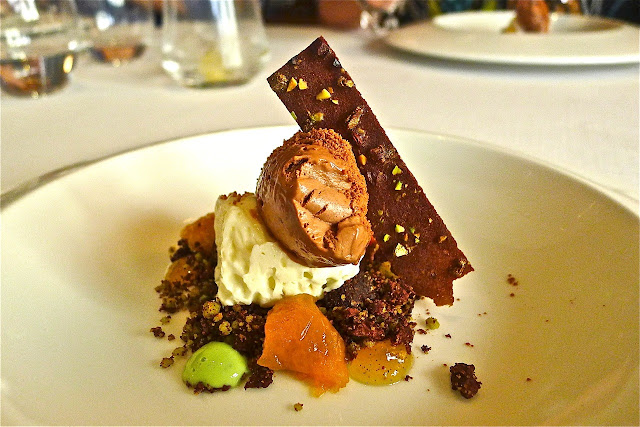 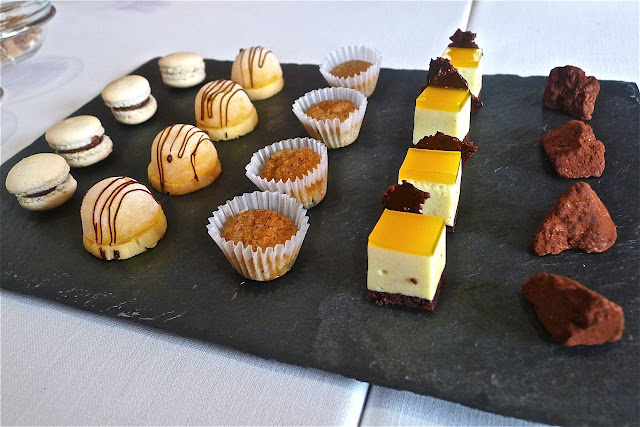 Following our desserts, coffee and the petit fours brought out as part of the ‘tapas’ upgrade: a chocolate macaron; an iced orange bonbon, a sticky sweet financier; a passion fruit cheesecake and a dusted chocolate rock. All were great – my favourite the passion fruit, a great intensity of flavour.

A wonderful meal, we were even given, on departure a complementary chef’s apron to advertise their new premises which we will definitely be visiting! 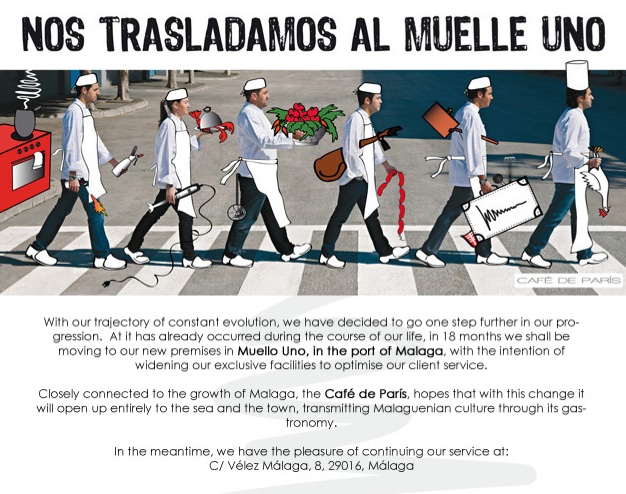