Driving into the city centre for the first time since the ‘riots’ it was good to see the ‘I Love MCR’ logo on shop windows, peoples’ T-shirts and huge advertising hoardings. In the wake of the “protests” which were ‘fuelled by social exclusion’ and a desire for new trainers and plasma TVs, the ‘I ♥ Manchester’ campaign was started to show the world that the Manchester people are proud of their city and are united against anti-social behaviour. 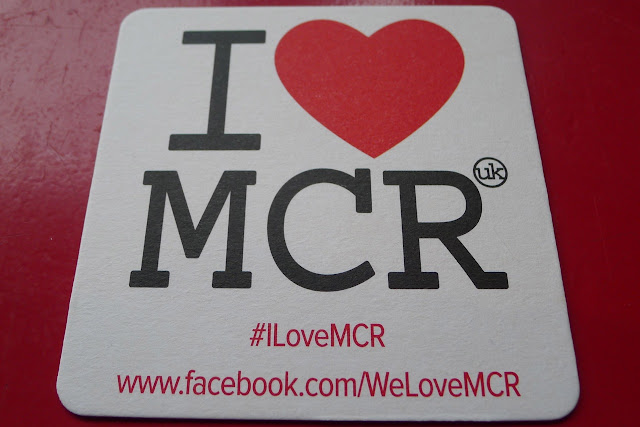 Being in sunny Spain when it all kicked off, I watched the news and read the internet reports with a mix of horror and, as a school teacher who works in Wythenshawe (an area where many of the scoundrels who took part in the disturbances came from) intrigue. Of course, I’m sure none of my pupils would have been out looting but am still looking forward to reading some of my classes ‘what I did during the holidays’ essays and will be very suspicious of any child that comes to school decked out head to toe in Armani.

Whilst in Spain, my wife and I reaffirmed our plans to move there permanently… pledging not to eat out so much in order to save money to do so. Seeing the ‘I Love MCR’ signs got me to thinking, ‘Do I love Manchester and will I miss it when we move?’ Firstly, I am not a native Mancunian… I am a Londoner – I certainly love London and of course, I love New York. I love Barcelona and after my recent trip, I also love Singapore. But do I love Manchester? The honest answer is no, I don’t.

One of the reasons that I do not rate Manchester as a city, as I have said before, is its lack of top quality restaurants. Which, for a foodist like myself is a major thing. I do however love the North West – together Cumbria, Merseyside, Lancashire, Cheshire and Greater Manchester have so much to offer. Namely, L’Enclume, Sharrow Bay, Simon Radley at The Chester Grosvenor, Fraiche and Northcote Manor! 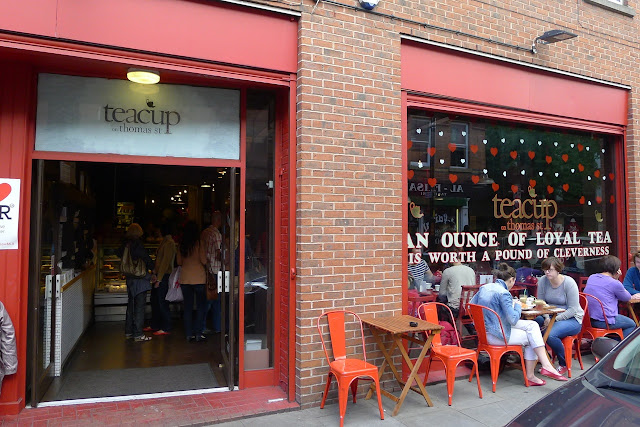 Fine dining and Michelin stars aside, what I often want is a good place to eat whilst shopping – my last review of a city centre eatery, ‘Dough’ was not 100% positive and it was on the back of this that I was recommended a place just around the corner, ‘Teacup on Thomas Street’ or simply ‘Teacup’ or ‘Teacup and Cakes’ as it is called on their website http://www.teacupandcakes.com. To be honest, I’m not 100% sure quite what they are called… 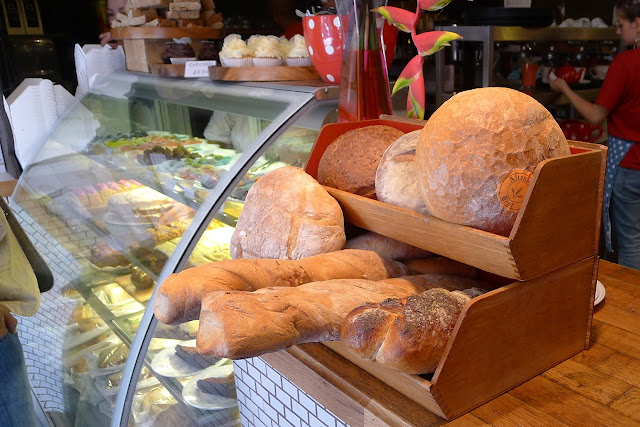 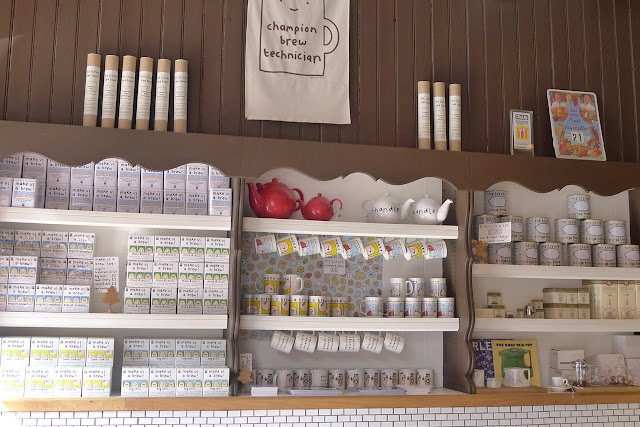 What I am sure of though, is that this trendy tearoom is one of the most happening eateries in Manchester at the moment. We arrived to join a short queue of people waiting to be seated. Whilst waiting, we had opportunity to browse the shelves and dressers, stocked with ‘Make Us a Brew’ tea, teaware as well as chocolate goodies for sale. We also perused the menu and looked longingly in the chiller at the wonderful cakes, truffles, tarts and slices that are all made on the premises; as well as the fresh bread selection. 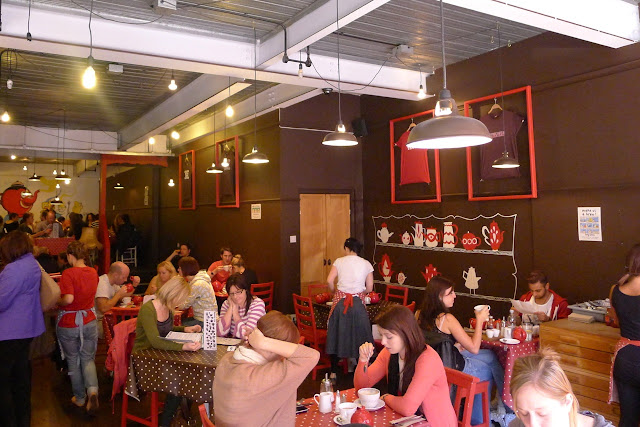 ‘Teacup’ has a great atmosphere. The red and brown décor, complete with spotty tablecloths, glossed red school chairs and arty murals give the place a homely feel. The soundtrack by the likes of the Fania All Stars and Black Uhuru completes the trendy vibe - this quaint, quintessentially British tearoom has been funked up and made fabulously cosmopolitan. (Among the clientele I spotted more than one Guardian reader, a gent sat with his MacBook Pro and other assorted urbanites.) 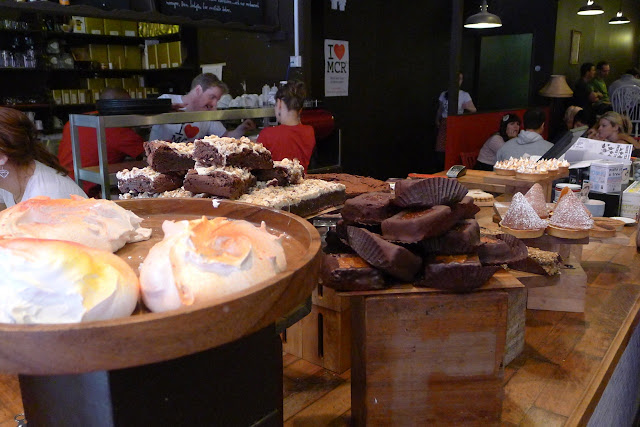 The busy, efficient and friendly staff dart around the place taking orders and serving up delicious cakes and more from their homely menu. Teacup offers a largely vegetarian menu with a few carnivorous options. The breakfast menu stars porridge (the man on the next table said it was the best porridge he had ever had and he ate porridge “Every day!”) with a range of traditional and superfood toppings and eggs, served ‘Dippy’ ‘Poached’ ‘Scrambled’ ‘Florentine’ ‘Benedict’ or my favourite ‘Royale’. Toasted bagels or rye breads with various toppings and accompaniments are also available. 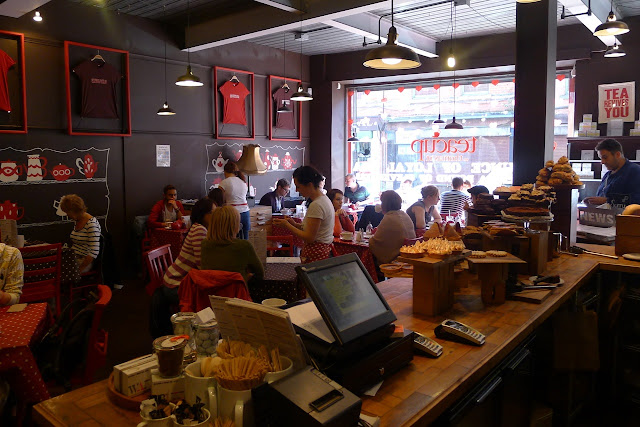 Also on the menu, a range of sandwiches and salads - think haloumi, falafel, humous, olives and sundried tomatoes and you’ll get the picture. They also serve a daily selection of pies, soup and piches (a homemade quiche that wants to be a pie.) They also do Cream and Afternoon teas; with all the excellent cakes on offer this is something we will definitely going back to try. 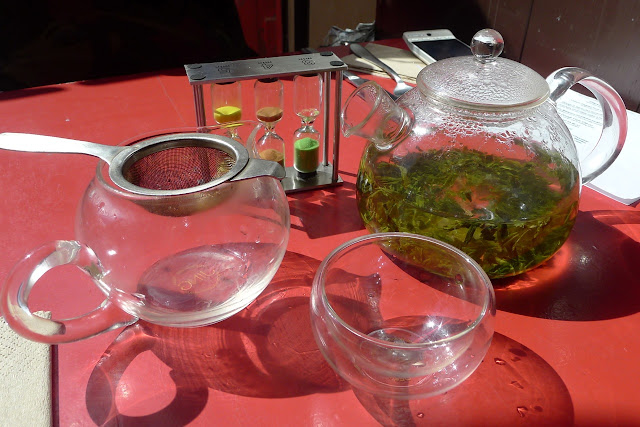 Despite being a keen green tea drinker, I rarely order it in restaurants, as I am quite particular about quality and the way it is prepared. However, being at a place called Teacup I thought, I should and chose the Jing Organic Jade Sword Green – a nice tea, well prepared and served at a good temperature. I was very impressed. Even in Michelin starred restaurants, green tea is often not served this well; at the three starred Jean Georges, I had to send some back! Although, at The Fat Duck, I did get to try (at £16.50 a pot) some Jun Shan Yin Zhen Huang Cha Imperial Yellow Tea; the alleged favourite of Chairman Mao. At home I drink TWG’s Gyokuro Samurai. 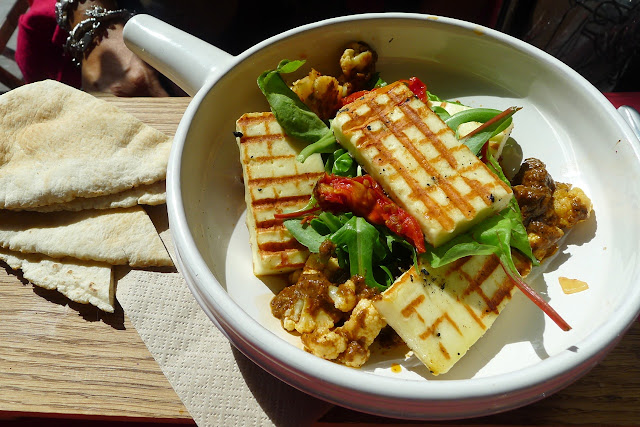 My wife chose one of the specials, Grilled Paneer with Curried Cauliflower – served with toasted pitta, crisp salad leaves and sundried tomatoes. My wife was very happy with this dish - a generous serving of paneer and pleasantly spiced cauliflower. 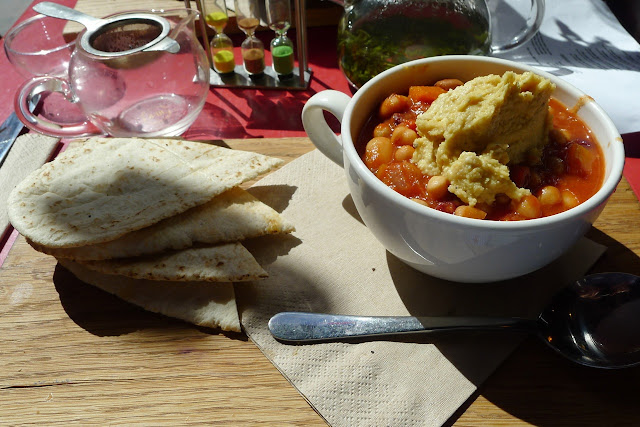 I chose the Veggie Chilli – a five bean chilli served with toasted pitta and grated cheese or humous (I opted for the humous topping.) A tasty, which I thoroughly enjoyed, although I would describe it more as a bean stew as I would have appreciated a little more of a kick in the chilli. 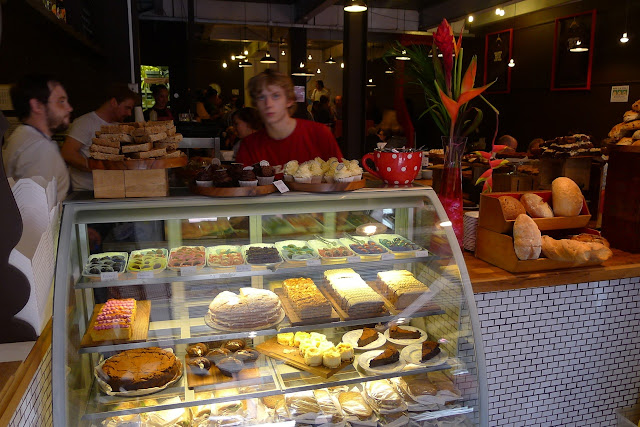 Up next came a challenging decision, the cakes! Usually, when choosing a dessert, one will jump out from the menu at me. However, seeing them all sitting there, begging to be eaten made the whole process much more difficult! Then we had to choose, hot or cold and naked or with clotted cream… it’s a tough life! 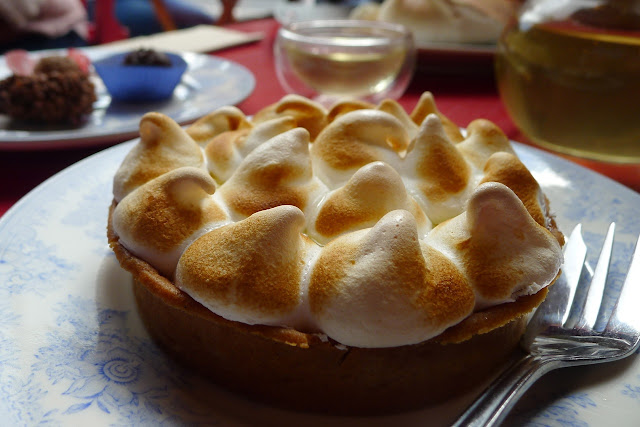 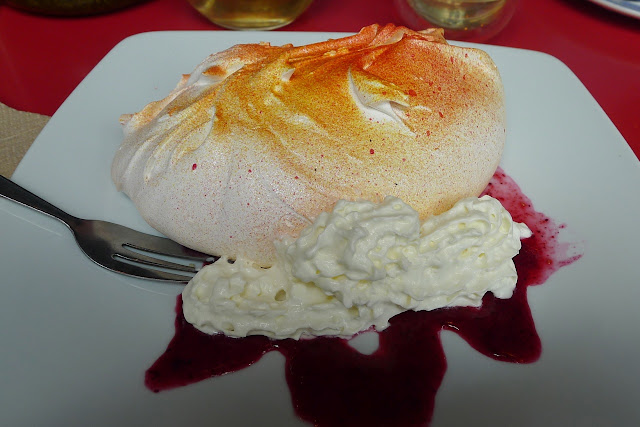 Normally, I would go with something chocolaty but the Passion Fruit Meringue Tart caught my eye – a summery tart with a peaked meringue topping. My wife went for the Pavlova with Fruit Cream – crisp on the outside, gooey on the inside. Both desserts were delicious and we can’t wait to go back and work our way through the rest of the menu. 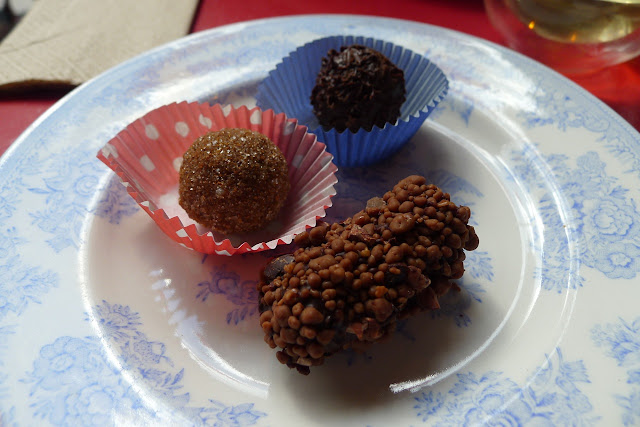 Of course, I couldn’t resist the chocolate completely and got my fix through a trio of Teacup’s tasty truffles. I went for the Star Anise Milk Chocolate, Rosemary & Sea Salt and the “Feast” with 70% Dark Chocolate and the surprise addition of popping candy.

My overall verdict, I love Teacup and thanks to them, I now love Manchester that little bit more. “I can’t wait to return, save me a slice of that flourless chocolate cake!”