Our stay in Granada over, we returned to my parents’ ranch and olive farm in Villanueva del Trabuco. Retiring to Spain six years ago to enjoy the sunshine, healthy Mediterranean diet and to grow organic olives using traditional methods of harvest (beating with a stick and handpicking), my family cultivates the Hojiblanca olive.

Their olives are collected by ‘El Groupo Hojiblanca’, a union of thousands of olive farming families that together grow more than 24 million trees (making the cooperative the largest in the world) and work all year round to obtain the best virgin olive oils and table olives. Spain, with more than 300 million olive trees is the world’s most prolific producer of olives - harvesting almost twice as many tons as Italy.

Throughout history, the olive has been the symbol of peace, glory, fertility, wisdom, and pureness. Sat writing this in the peaceful shade of my parents’ terrace, surrounded by the glorious Gordo and San Jorge mountains; overlooking their pool and olive groves which provide shelter to the horses, who in turn provide their finest organic manure which fertilizes the trees the wisdom of their decision to relocate to this pure and traditional way of life is unquestionable. 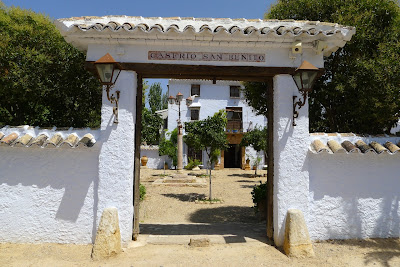 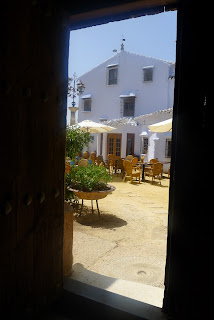 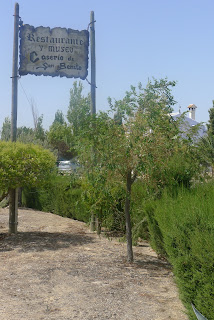 Telling my parent’s about the fabulous food that we had eaten in Granada, they asked me to use my Michelin App to see what restaurants Michelin recommended in the locality. Being a fairly rural area we didn’t expect all that many and indeed were proved correct. However, quality is always better than quantity and just 15.4 miles away we discovered a listing for Caserío de San Benito – a Bib Gourmand. 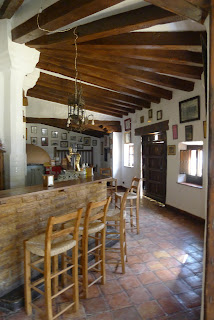 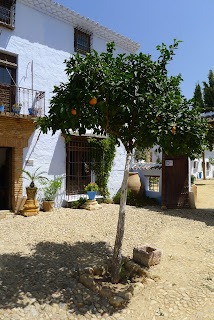 Michelin’s entry states, ‘This rural restaurant is built in the style of an old country house. It has numerous rustic touches and a chapel next door that houses an ethnographical museum. Home cooking and generous portions.’ 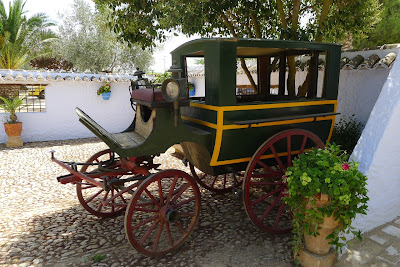 Restaurants awarded the "Bib Gourmand" rating are said to provide "good food at moderate prices" priced below a maximum determined by local economic standards. In the guide you will find them alongside a logo depicting the head of ‘Bib’ (short for Bibendium, the nickname for the Michelin Man) eagerly licking his lips. In the guide to Great Britain and Ireland you will currently find a similar number of Bib Gourmand restaurants as starred restaurants; in Spain and Portugal there are almost double, possibly suggesting that good cheap food is more readily available in the Iberian countries? 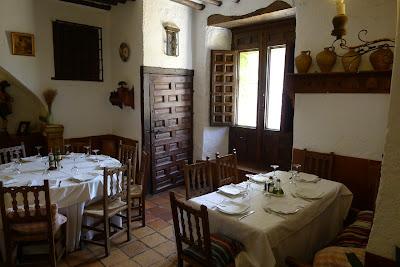 This may be so; a badly kept secret of Spanish restaurants and cuisine is the “Menú del Día”, a three course meal, often with water and wine included in the set price. One of the few positives of his dictatorship, the concept was first introduced by General Franco as a way of ensuring that workers had daily affordable access to at least one nutritious meal. 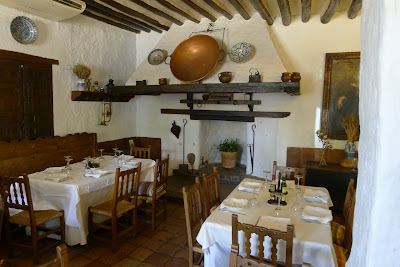 Although no longer law, many restaurants (including some with Michelin stars) and most local bars and eateries, still provide this economic option during lunchtime or “la comida” hours. Some establishments will proudly display their “Menú” on a chalkboard outside – many trying to keep it lower that the €9.50 national average. In others, (especially if you are not ‘local’) you may find yourself presented with the ‘a la carte but can always ask, ¿Hay menú? We did just that, discovering that Caserío de San Benito’s Menú del Día came in at €12 – above the national average but still great value for three courses rated by the Michelin guide! 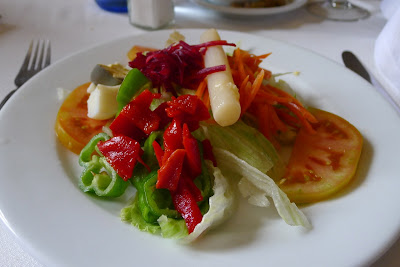 The first course or 'primer plato' will typically be vegetable or carbohydrate base options. Usually including: salads, vegetable dishes and hot or cold soups. My dining companions all chose the Ensalada Mixta, simple to translate as mixed salad. A fresh, crisp salad of beef tomatoes, lettuce, red and green peppers, shredded carrot and beetroot and topped with a boiled egg and shoot of white asparagus. So simple, so tasty… healthy too! 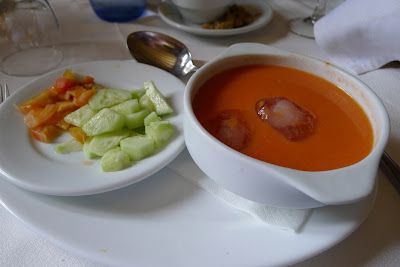 I chose to start with the Gazpacho – a refreshing and flavoursome, iced tomato soup with garlic and an acidic bite of white wine vinegar. Served with fresh cooling prices of cucumber and tomato and generous slices of fluffy white bread. Perfecto! 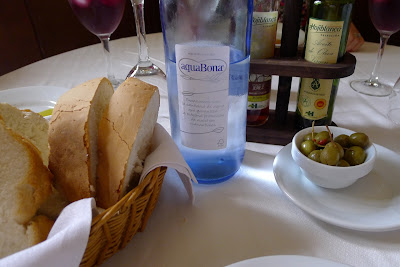 Whilst on the subject of bread, this was some of the freshest and fluffiest we have been served in Spain - great with the Hojiblanca olives, oil and vinegar. 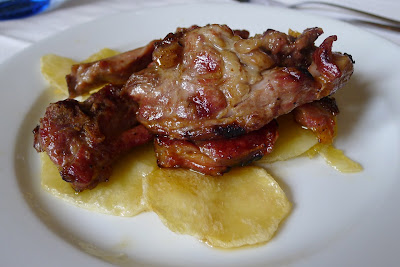 The second course, the 'segundo plato' will generally be the meat and fish options. Regional specialties may include: paella, sausages and various stews. Again, my dining companions all chose the same dish, Chuletas de cordero – lamb chops, served on top of thin slices of fried potato that had absorbed the juices from the lamb, making them go greasy and floppy and taste delicious. 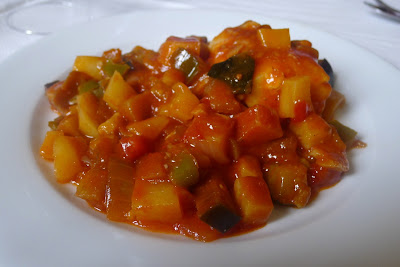 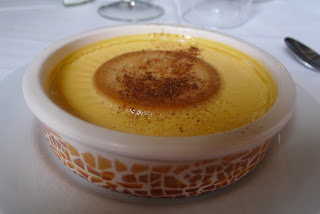 The menú del día usually includes “Postre o Café” – dessert or coffee.  Top restaurants side, the choice of desserts is usually pretty basic. My padre opted for a slice of refreshing melón. My wife and mother went for natillas – a set custard style dessert, flavoured with cinnamon and topped with a biscuit. I opted for the mousse de chocolate – rich, smooth and chocolaty. 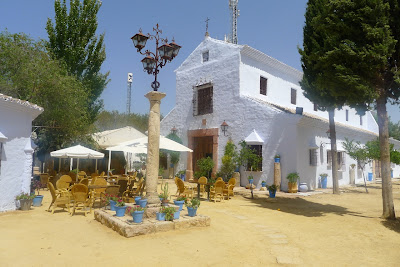 After the meal we joined their chickens for a wander around the restaurants adjoining Museo de San Benito – exhibiting objects representing local traditions and customs. With such collections as: examples of agricultural tools, vehicles and machinery, including old olive presses; sewing machines; books and writings and artifacts of religious iconography.  A real find - showcasing some of the best of rural Spain’s culture and food. 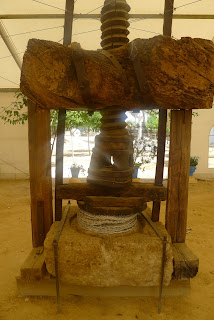