I first became aware of the Raby Hunt when it was awarded a Michelin star in the 2013 guide. What made this achievement particularly remarkable was the fact that, former professional golfer, James Close is a self taught chef who, at the time of the accolade, had only been cooking professionally for a couple of years.

In August, I got the opportunity to eat James’ food in the Chef’s Pod at Vallum Farm (see here). James is without doubt one of the most interesting and talented young chefs working in the country at present. The food at the ‘pop-up’ was so good; I made the booking to visit the restaurant as soon as I returned. Since then, James and team at the family run Raby Hunt have retained their Michelin star. 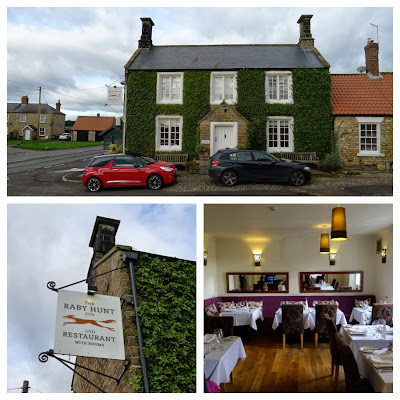 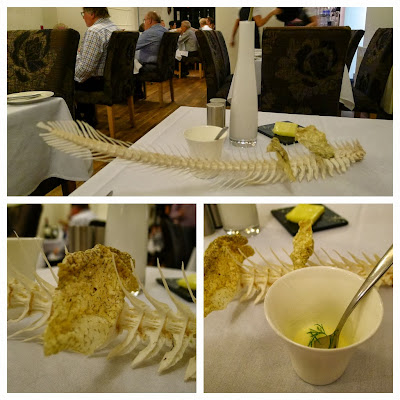 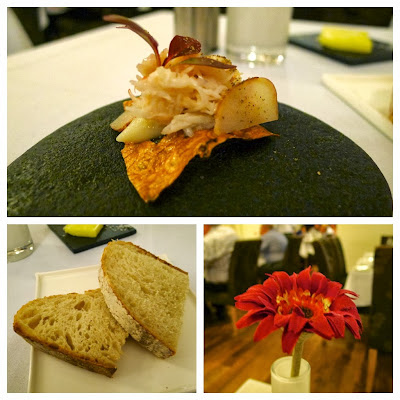 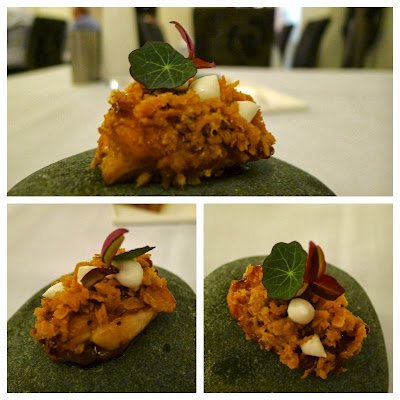 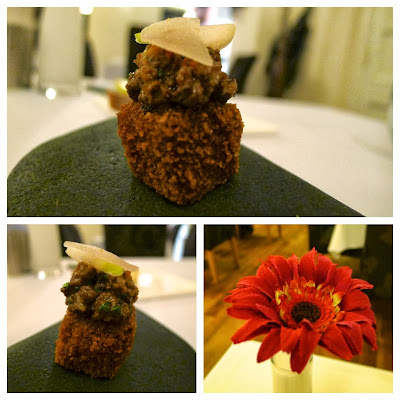 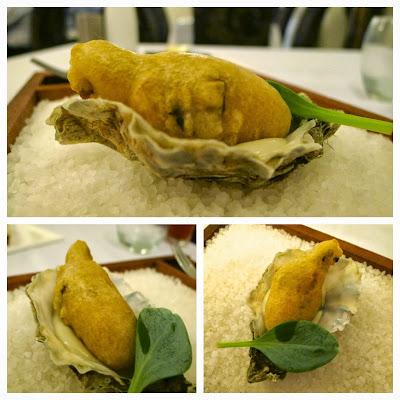 Lindisfarne: oyster, leaf, beer – this dish, a Lindisfarne oyster encased in a Lindisfarne ale batter, was one which I had previously eaten at Vallum; it was as good as I remembered. 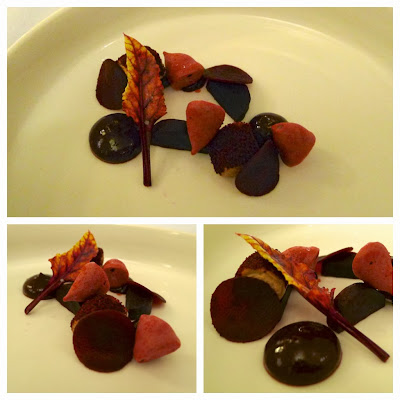 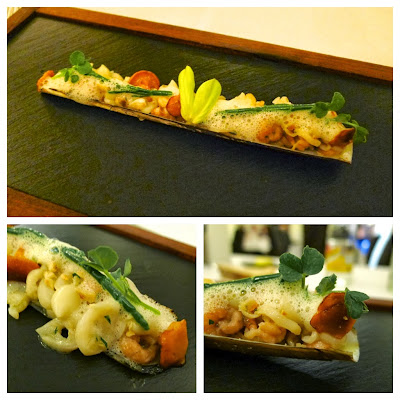 Razor Clam: samphire, almond, girolles – quite simply, the best razor clam dish I’ve ever eaten. James has a special technique for getting the clams deliciously tender, which, when paired with the salty crunch of samphire, girolles, brown shrimp, nuts and spiced buttery sauce is truly divine. 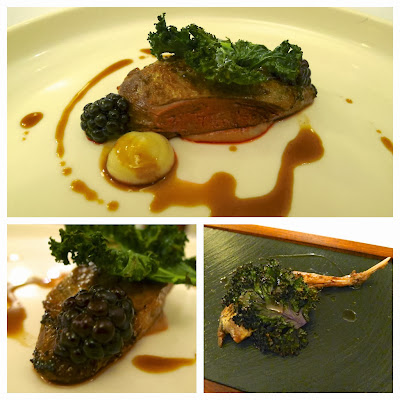 Grouse: leg, blackberry, kale – this dish came in two parts. One plate featured the lusciously pink breast with brittle barbequed kale and pickled blackberries; the other contained a leg coated in miso. 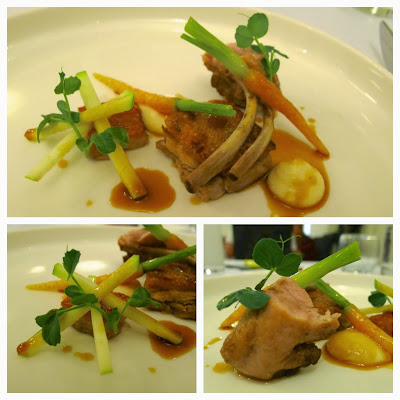 Suckling Pig: loin, celeriac, apple – James’ food philosophy is ‘Inspired by simplicity’, the classic combination of clean flavours showed this off to the full. The skin was to die for… so wonderfully crisp. 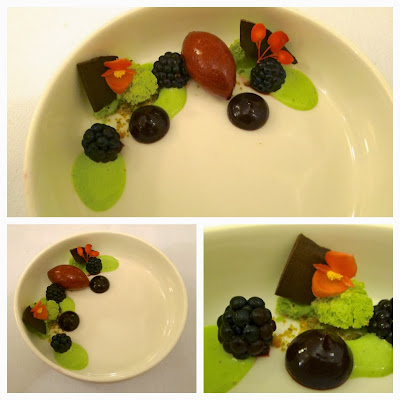 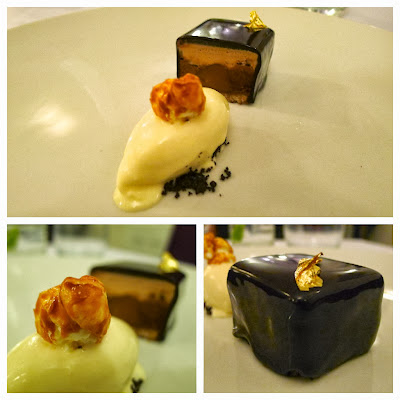 Chocolate: gold, popcorn, caramel – it’s difficult to describe just how good the ‘chocolate bar’ component of the dessert was… it reminded me somewhat of Bubó’s Xabina Cake which was voted ‘the world’s best chocolate cake’ (see here) but better! 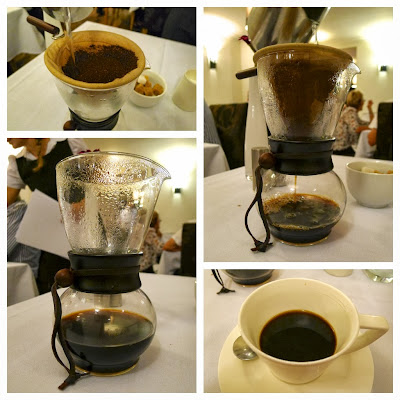 Coffee – the Raby Hunt have made the decision to serve only Chemex style coffee with beans roasted in nearby Darlington. This is the first time I have seen this in the UK and shows the Raby Hunt’s desire to progress and serve only the best.

Décor / ambience: for a building of its age (a Grade II listed, former inn dating back to the early 1800’s) in such an idyllic countryside location, the décor was surprisingly and refreshingly modern. I stayed overnight and the spotlessly clean rooms were also decorated in a simple contemporary fashion. 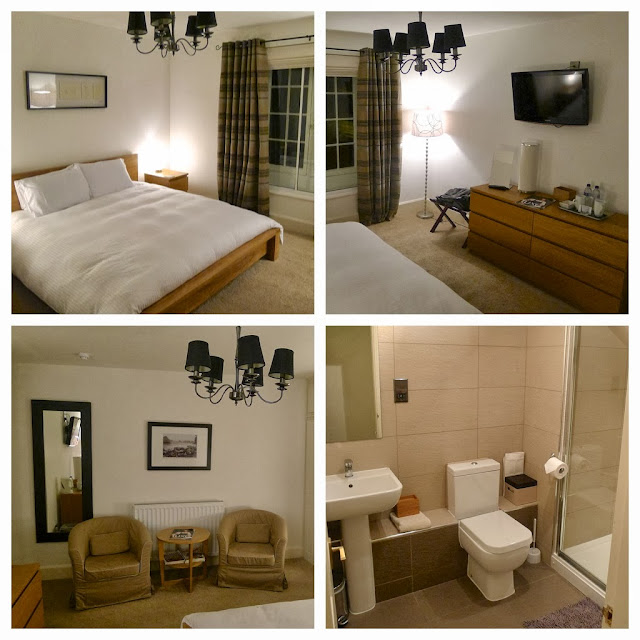 Service: ably conducted by James’ dad, Russell and restaurant manager Craig, the service struck the right balance between informality and professionalism (although, I had met them before so base my judgments on observations of other tables).

Verdict (Would I return?): most definitely, I am planning to take my wife (who was away for a week of sunshine during my visit) and am keen to monitor James Close’s fledgling career as it continues to go from strength to strength.