Since I last visited L’Enclume at the end of July (see here), since then Simon Rogan, Head Chef Mark Birchall and the team have retained their Two Michelin Stars & Five AA Rosettes; been voted the Observer Food Monthly Reader’s Restaurant of the Year; No. 4 in The National Restaurant Awards and the UK’s Best Restaurant by The Good Food Guide, with a perfect 10/10 score. 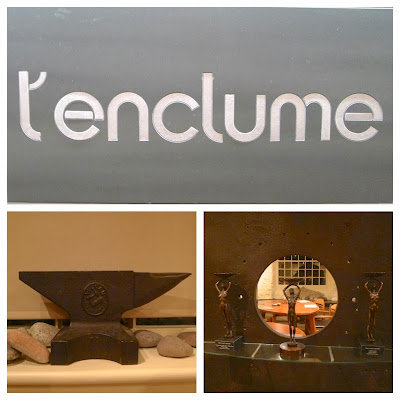 Add to this the two Catey Awards Simon won in July as Restaurateur of the Year and Best Chef (the first to win both these awards in one year) and it’s been a pretty successful few months. Well, most chefs would certainly think so but knowing Simon (whatever the public message may be) Michelin’s failure to award The French a star and L’Enclume its third has been a bitter pill to swallow. 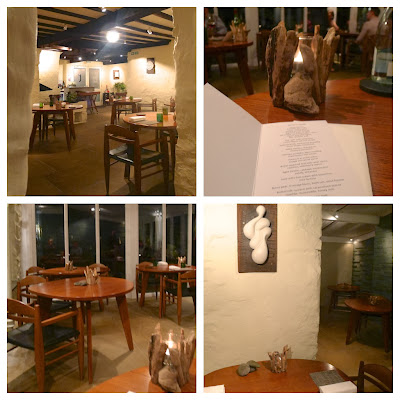 Easier to swallow, L’Enclume’s food - I've shared my views on Simon Rogan's cuisine on many occasions, so this time I'll let the above awards and pictures below do the talking: 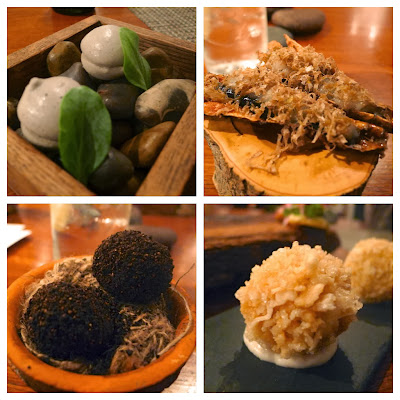 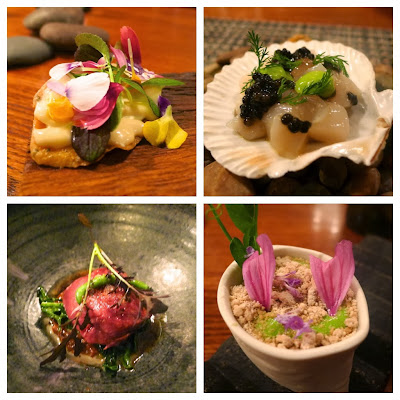 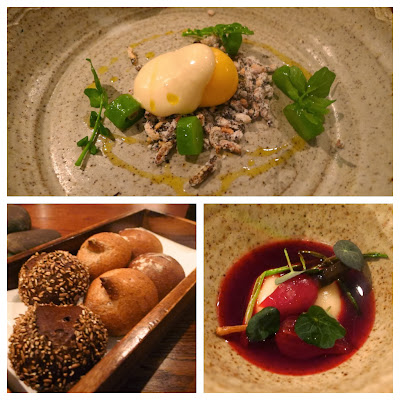 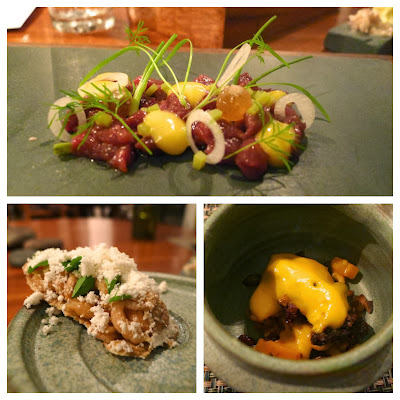 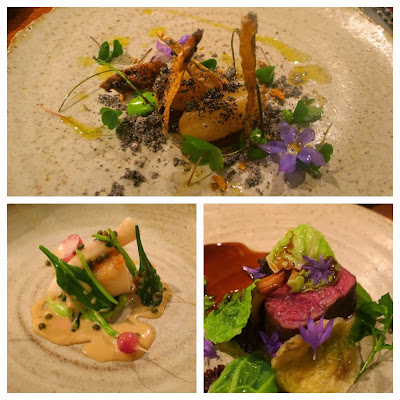 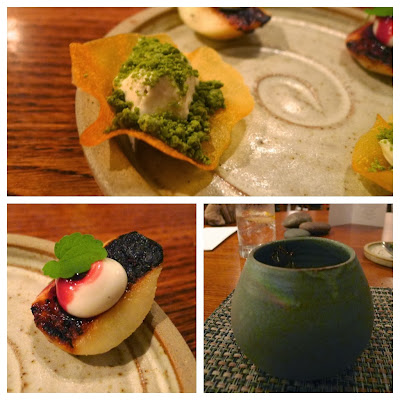 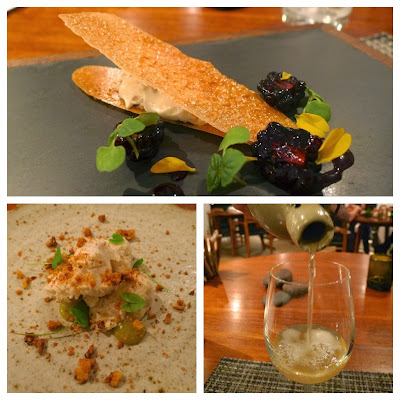 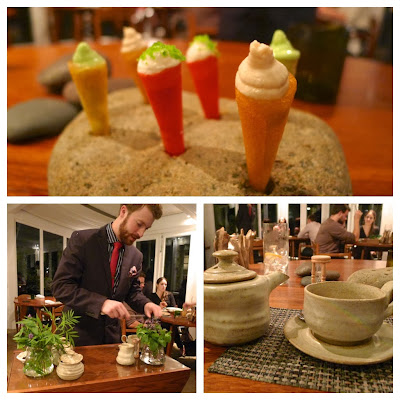 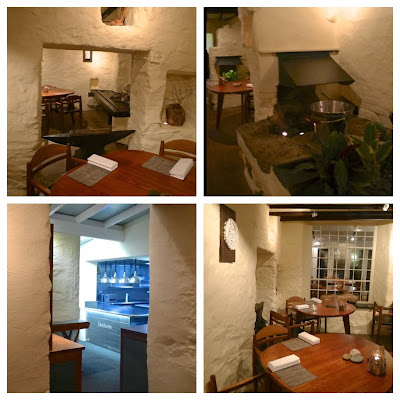 I’d like to point out that despite what the pictures may suggest, there were other diners in the restaurant but my dining companion for the evening was a Michelin starred chef who at the end of evening hung around to “geekliy” talk kitchen equipment and units with the chefs. I took the photos of the dining room whilst waiting. 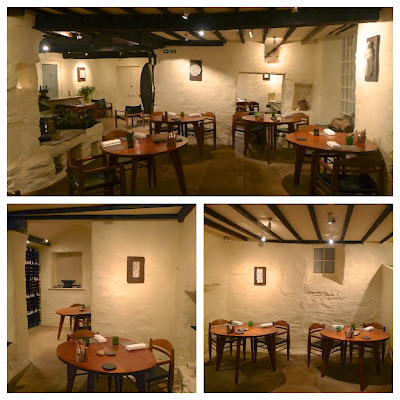