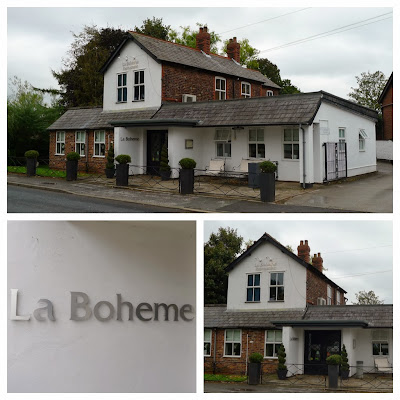 Décor / ambience / service: I found the décor a little dated but charmingly so as opposed to embarrassingly so. The crockery, cutlery and glassware had seen better days. Although I visited for a quick lunch with only a couple of other tables occupied, it was clear to see how the welcoming informal service would make for a friendly family run atmosphere; this, no doubt, has contributed to their loyal local following and impressive tally of positive Trip Advisor reviews. 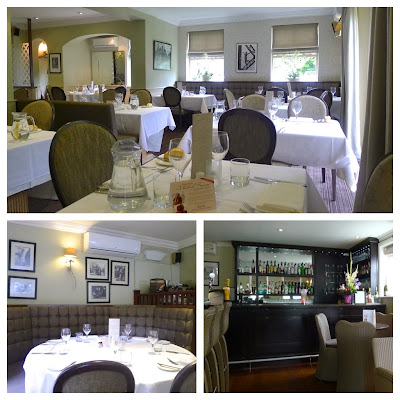 What they say: ‘The family owned restaurant is lead by Olivier Troalen, the head chef, with his wife Adele, ably supported by an experienced team with a strong French influence in both the kitchen and the front of house. La Boheme presents a traditional French Cuisine in an elegant and classically designed restaurant with a friendly and attentive service.’
What I ate: 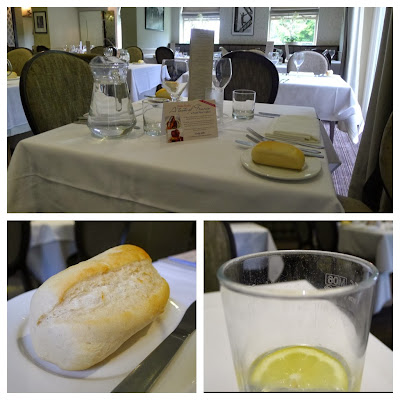 I passed on the bread roll; I don’t like how they are preplaced on each of the tables. 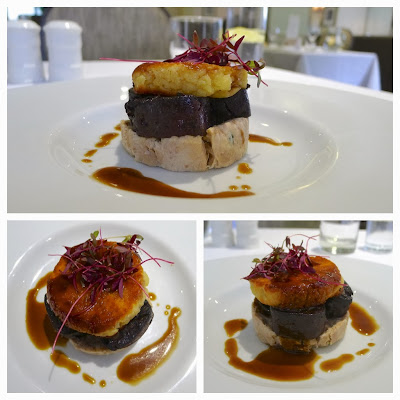 ‘Porc Facon Anglaise’ Layers of sliced French black pudding & pork rillette, topped with mature cheddar rarebit, oven baked until gratinated and served with a thyme jus – the black pudding was good but the rest of the dish was a series of disappointments; the biggest one being the rillette served too cold and under seasoned for my liking.

Ballotine of Guinea Fowl stuffed with wild mushrooms on green beans, mushrooms, carrots, shallots & diced potatoes with roasted garlic jus – the ballotine was good but not enough so to make up for the squeaky green beans and dry, overcooked potatoes.

Not overly impressed with the starter and main, I decided to skip dessert.

Verdict (Would I return?): I’d perhaps give it another go one evening for the ‘atmos’ but fear the food will still not live up to my expectations.