Every year on our wedding anniversary, I often try to think a little out of the box when planning a celebration related to the traditional and modern gift ideas. For example, the suggested gifts for two years of marriage are ‘cotton or straw’ (traditional) and china (modern). As a surprise for my wife I arranged for a limousine to pick us up, complete with strawberries and champagne, which took us to our favourite Chinese (china) restaurant and then onto Cottons Hotel & Spa in Knutsford.

This year (our eleventh) the plans were not so extravagant. The traditional gift for eleven years is ‘steel’ – knowing my wife would not be happy with a stainless steel toaster or some cutlery (although, I would have been more than pleased with a Perceval Le Français folding table knife with a Damascus blade and a juniper handle – hint), the plan was simple… a meal in the ‘Steel City’ of Sheffield.

There is only one restaurant in Sheffield that holds a Michelin star – Tessa Bramley’s ‘The Old Vicarage’, so the choice was simple. 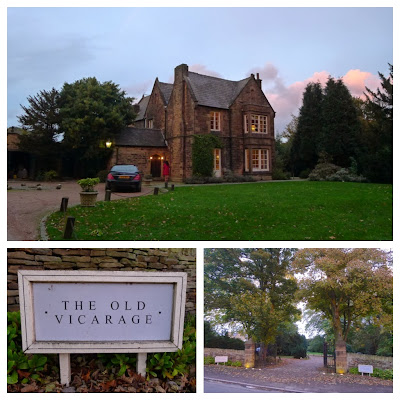 Despite having held a star since 1998 and only being an hour and a half away, from our house, The Old Vicarage has not been near to the top of my list of places to visit but the ‘steel’ anniversary gave us the perfect excuse to give it a try – and we are glad we did… mostly. 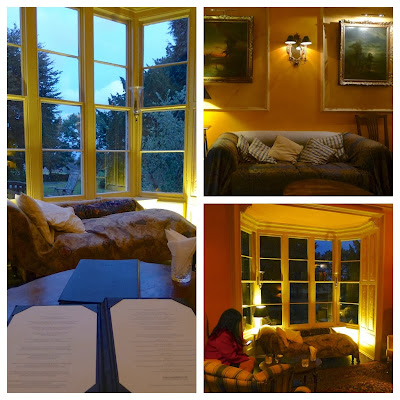 It would be easy to pick fault with some elements of the visit - notably the ‘tired’ (shabby) décor; school boy errors; dated plating and poor service (I don’t want to sound a grouch but servers, please leave me alone to enjoy my food and if you have to chat, do so between courses). 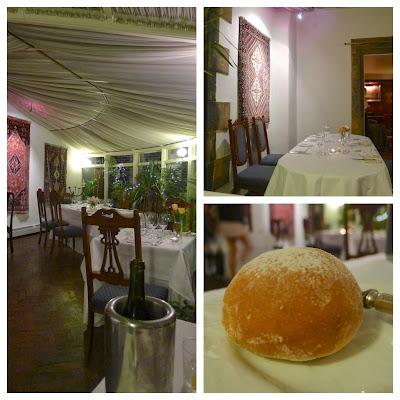 However, the truth is, despite The Old Vicarage’s faults, we still very much enjoyed our evening. Certain elements of the food fell below our expectation of a Michelin starred restaurant but the old school cooking of the proteins and deep, rich sauces were exemplary. 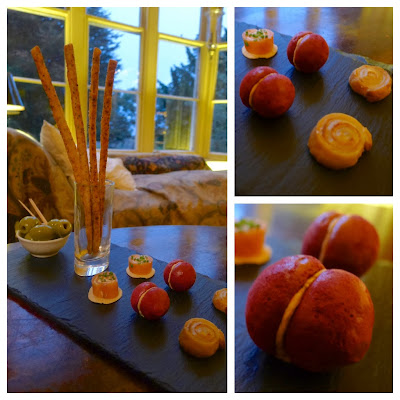 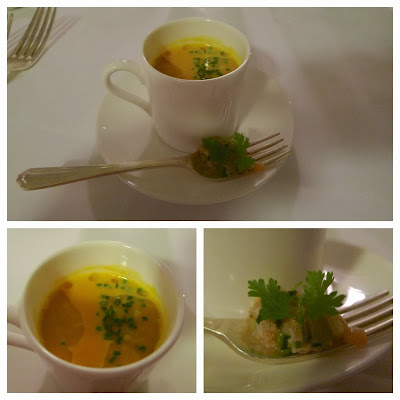 Light appetiser course: a Butternut Squash Soup with liberal lashings of white truffle oil – my wife and I like truffle oil but there was far too much for our liking as we could still taste it during dessert. The accompanying spoon of Salmon with Cucumber & Pine Nuts was ace. 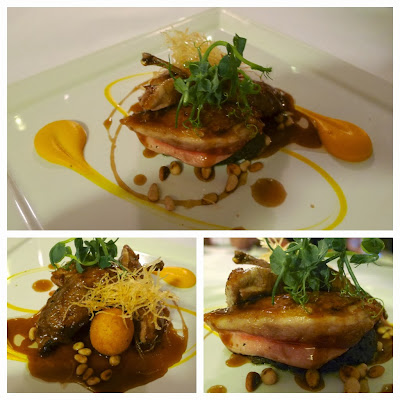 My starter: Roast Quail with deep fried soft quail’s egg, mushroom duxelle with pea shoots purée and pine nuts – the classical cooking on this dish and punchy flavours could not be faulted; the only element which let the dish down was the overcooked quail’s egg. 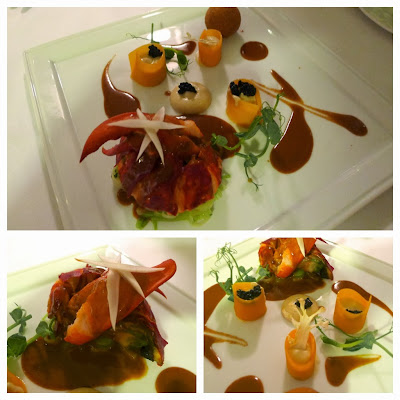 My wife’s starter: Scottish Lobster with lobster and tarragon arancini, cauliflower and vanilla cram, pickled butternut squash and caviar bisque sauce – we found the arancini to be really quite poor… decidedly stodgy; but the rest of the dish was good with an excellent rich, glossy bisque sauce. 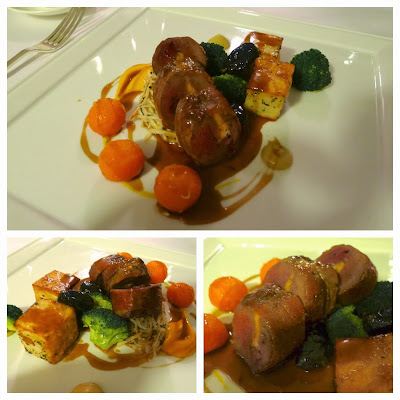 My main: Roast New Season’s Scottish Grouse stuffed with forcemeat, rosemary roasted potatoes, broccoli with prunes and lemon with crab apple and thyme jelly – once again the meat and the sauce was the star of the show; with the turned carrots adding a quirky, retro touch. 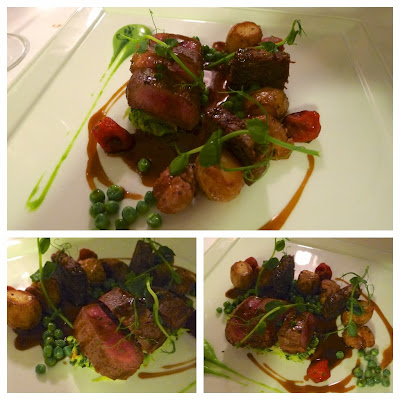 My wife’s main: Roast Fillet of Local Lamb with confit of the shoulder, baked Jersey Royals and semi-dried cherry tomatoes, minted peas, with spring cabbage and sautéed sweet breads – more proper cooking of stunning quality lamb without a water bath in sight; with the sauce and sautéed sweetbreads pleasing in particular. 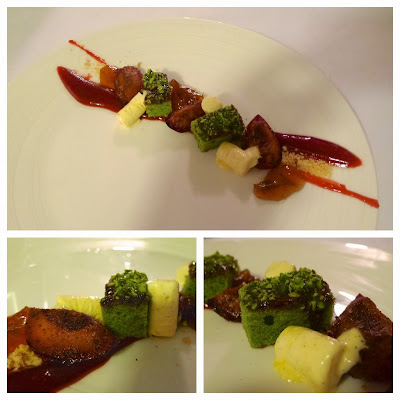 My dessert: Plums roasted in cinnamon and star anise, pistachio crusted sponge with spiced plum compote, vanilla semi-fredo with cinnamon crumble and pulled sugar – I ordered this dessert over another that sounded good mainly due to the description including ‘pulled sugar’, an element which was sadly not present on the plate presented to me. Fortunately the remainder of the dish was very good and enjoyable. 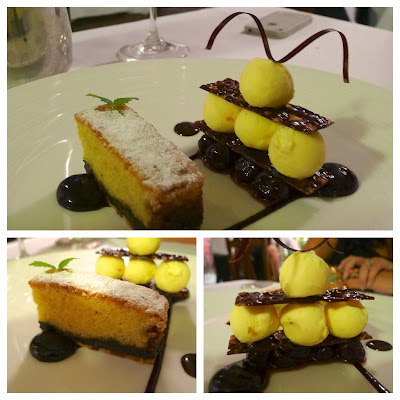 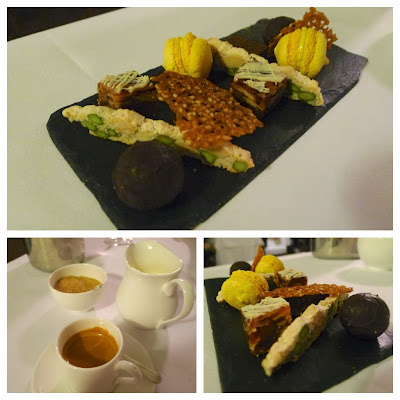 Coffee was good and the petit fours were homemade and very good.

Verdict (Would I return?): if we lived in Sheffield we probably would go back but now we have done it and “ticked it off a list”, I doubt we’d make the journey specifically again.