The Raby Hunt at the #ChefsPod, Vallum Farm

With so many wonderful things to share, this post has a danger of being a long one. Knowing if that were the case you would probably just scroll down to the pictures, I've done my best to keep it short (and organised.) 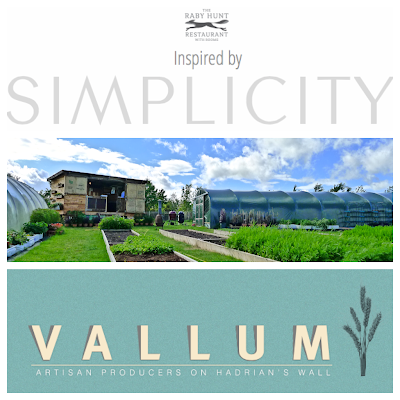 Introduction: The brainchild of veg guru Ken Holland and built by Trunk Reclaimed, the Chefs Pod is an exciting “pop up restaurant” concept located in Northumberland’s Vallum Farm. 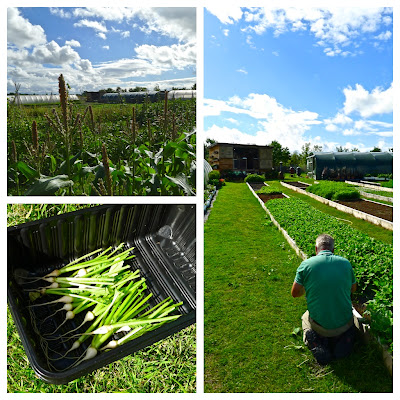 After successful meals cooked at the pod by esteemed North East chefs Terry Layboure and David Kennedy, Ken kindly invited me along for a meal cooked by Chef James Close from The Raby Hunt – the first of a number of high-profile Michelin starred chefs set to guest. 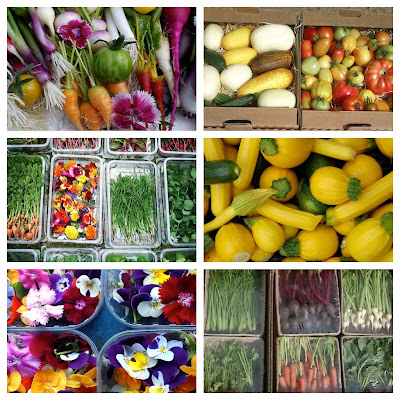 Ken Holland: or @NorthCountryKen as he is known on Twitter is a specialist veg grower whose pioneering techniques and most amazing quality produce has led to his supplying and working with some of the UK’s finest restaurants and chefs. I know Ken from his work with Simon Rogan and the guys at L’Enclume. 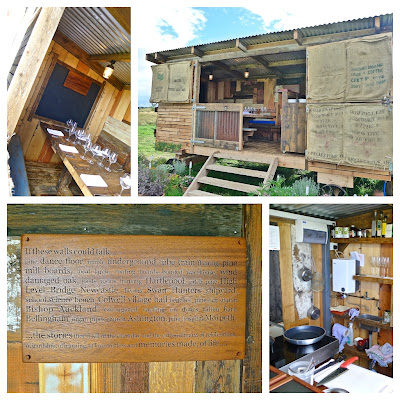 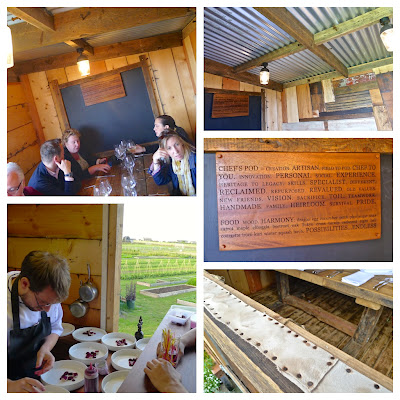 When Ken started re-tweeting the pictures of the of the pod’s construction, I watched with interest as it began to take shape. Having now seen it in situ at Vallum Farm I think it truly is a work of art – the attention to detail, including beams from the famous Swan Hunter shipyard is awe inspiring. 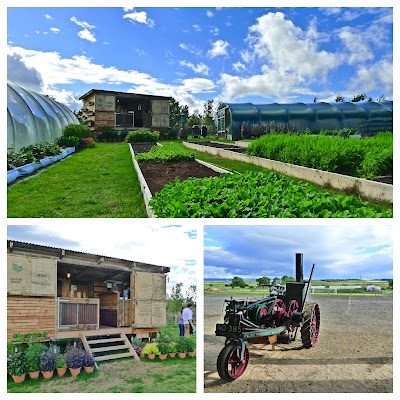 Vallum Farm: owned by fellow dining companions Peter and Vicky Moffitt, Vallum has been called “The River Cottage of the North” (by Luxe Magazine). As well as being working a working cattle and agricultural farm, the play area, museum fetes, family fun days and wedding fayres make it a great place to visit.

With an award winning Tea Room, Ice Cream Parlour, deli and farm shop and the Bywell Fish & Game Smokery all on site make Vallum a great foodie destination. If that’s not enough they know also have an excellent restaurant onsite operated by Chef David Kennedy. 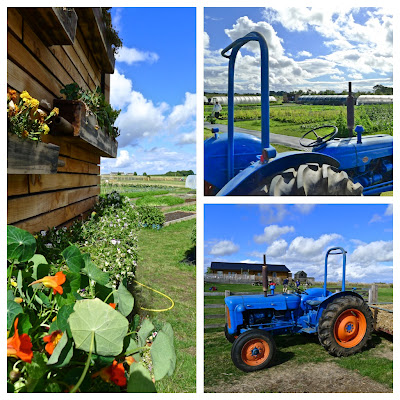 James Close - Raby Hunt: although not yet a household name, James Close is an exciting young cheffing talent, who I’m sure despite his already having achieved a Michelin star (just a few years after taking up cooking professionally) has a bright future ahead of him. James is almost entirely self-taught with limited experience in a professional kitchen prior to his family buying the Raby Hunt - his ‘remarkable story’ can be read in more detail on the Critical Couple’s blog (here).

James’ motto and food philosophy is “Inspired by simplicity”. Chatting to him throughout the evening it was evident that quality ingredients and produce is central to his search for “exceptionalism” – it is this that brought him into contact with Ken.

James’ menus are currently quite “protein focussed” – the meal he cooked for us using produce from Vallum highlighted his growing relationship with Ken and his on-going desire to develop his cuisine and progressive use of vegetables.

Credit must go to James and the Raby Hunt team for successfully reproducing his Michelin starred cuisine in such a small and unusual kitchen environment. 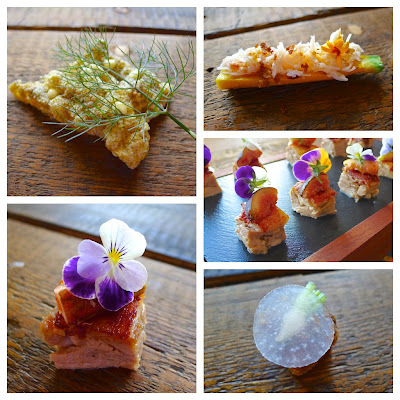 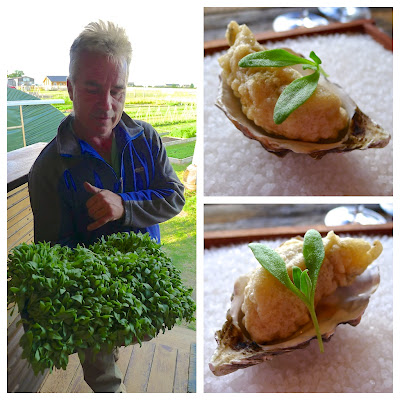 “Lindisfarne” – oyster, leaf, beer.
One great thing about dining in the pod is the proximity to both the outdoors and the chef who answered questions and spoke about his dishes throughout the meal. Taking oysters from along the coast at Lindisfarne, James slow poached them in their shells for 45 minutes at a low temperature; a process that allows them to absorb their briny liquor, making them plump and flavourful. Once removed, they were encased in a beer batter made with a Lindisfarne ale and set upon an oyster emulsion. From the farm Ken spoke about the freshly picked “ice plant” – just one of a number of stunning ingredients available to the chefs at the Pod. 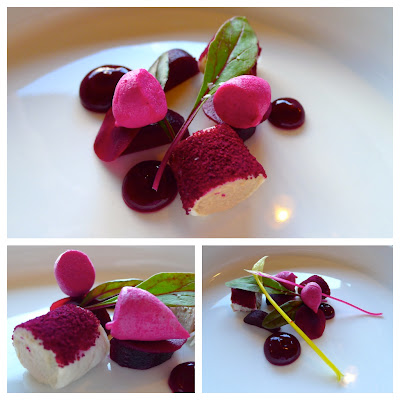 “Fresh Water” – eel, beet, cherry
I often find savoury dishes with beetroot and cherry too sweet for my taste, especially when they have components such as beetroot meringues. James however had managed to balance the flavours beautifully with the smokiness from the eel and rich duck liver parfait. 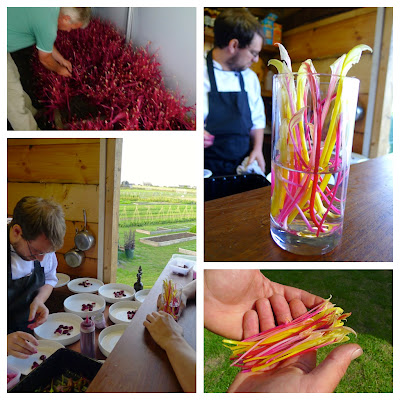 Ken also brought in some wonderfully sweet and vibrant beetroot leaf stems that he had grown in the dark from an innovative technique based on the largely forgotten method of  “clamping”. 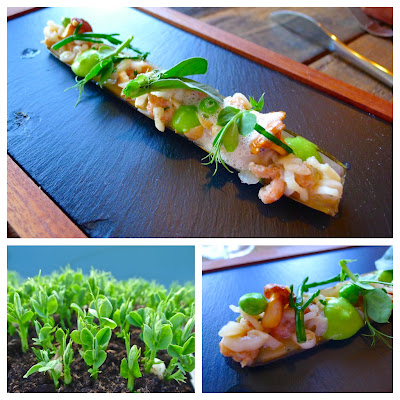 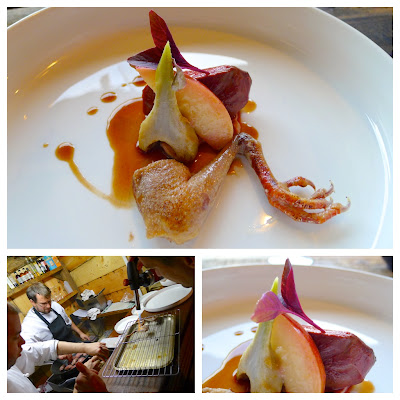 “Squab” – artichoke, peach, pigeon
Strikingly featuring the leg with tarsus and talons attached, this dish of squab pigeon showcased James’ “Inspired by Simplicity” style. Earthy and gamey flavours from the artichoke, pigeon and jus, enhanced with the subtle sweetness of the peach. 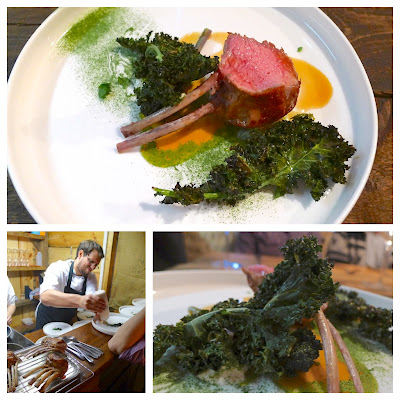 “Spring Lamb” – rack, anchovy, kale
The incredible quality of the lamb again highlighted James’ insistence of only working with the best suppliers and producers. Another simple pairing with the brittle crunch of barbequed kale leaves. 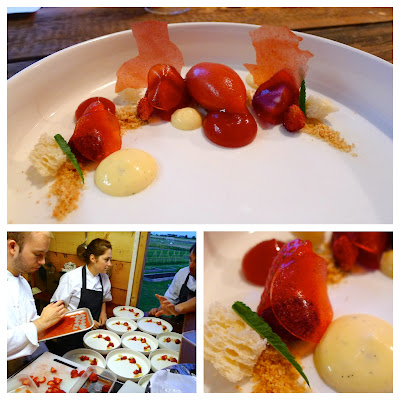 “Strawberry” – cream, vanilla, almond
When the Raby Hunt won its star in 2012, there were only two chefs in the kitchen, James and Sous Chef Ryan Bunker. They have since taken on two more chefs, including Maria Guseva. For the dessert course, James took a well-earned break and chatted to diners whilst Maria and Ryan took over the pass. 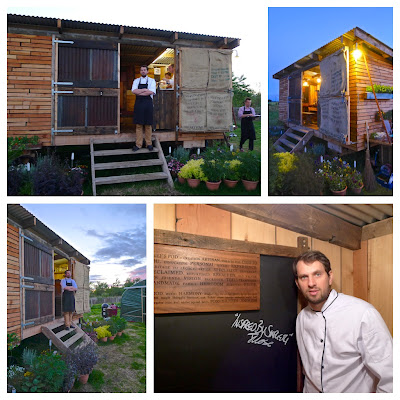 I have already booked in to visit the Raby Hunt and will be following James’ career as it goes from strength to strength. Keep and eye on the Chefs Pod blog for details of when James is next cooking at Vallum (as well as other guest chefs)... a truly wonderful, unique and memorable experience.