Whichever side of the law you may operate, the Greater Manchester Police Museum & Archives on Newton Street in the Northern Quarter is an undeniably intriguing place to visit. 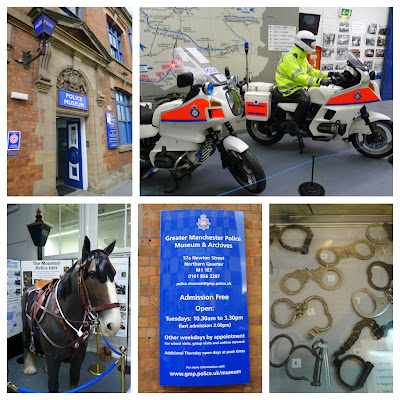 Open only on Tuesdays from 10:30 to 15:30, admission is free. Inside exhibits include police motorbikes, a plastic horse, a selection of handcuffs, a Victorian charge office and an 1886 Magistrate’s Court… I liked the cells best along with the selection of weapons, shivs and such like, some of which were used in the Strangeways Riots. 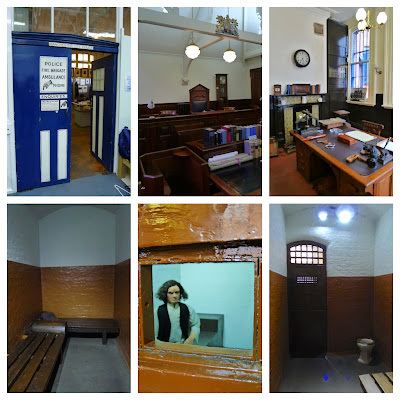 One curious display tells the story of the infamous Manchester forger, Herbert Winstanley – an old codger who made around £20,000 in counterfeit white fivers between 1939 and 1945 from a concealed room in his rented accommodation. He was only fingered when he handed a bookie two notes with the same serial numbers. 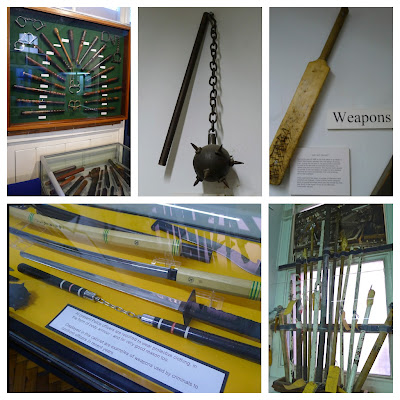 I love these old stories. Similarly interesting, the Victorian prison and workhouse records for Manchester are also online (here), where details of cases such as John Alty’s can be found.

In 1866, Alty (21) was sentenced to 15 months servitude for ‘having on the 30th January 1866 feloniously wickedly + against the order of nature did casually know a certain pig + then feloniously did perpetrate an unnatural crime at Manchester’.

Similarly, a few years later, on 11th November 1811, Benjamin Lee (39) was ‘fined 1 shilling’ and sentenced to ‘gaol until the 17th January 1812’ after which he would be ‘publicly whipped’ for the crime of ‘stealing a piece of bacon.’

For, ‘obtaining bacon by fraud’, John Hodge (34) was condemned to  ‘3 calendar months hard labour’ – he got off lightly compared to Dorcas Mary Snell (45) who, in 1883, was given ‘5 years of imprisonment with hard labour’ for the theft of ‘a single piece of bacon’ (although she was paroled two years later).

Taking the pork and bacon stealing one step further, on 9th June 1845, 20 year old, William Chambers was convicted of ‘pig stealing’ and slapped with 15 years including “transportation the penal colonies in Australia”.

In present times, “Boss” Franco Sotgiu (44), who heads up the SoLiTa Family in Manchester’s Northern Quarter, is guilty of his own food related crimes (please note, as far as I am aware, Franco has never been "successfully convicted" of ‘indecent relations with a pig’ – although, recently he tweet that he "had" a hen in the passenger seat of his car).

The most notorious of Franco’s past offences, on the 12th October 2012, he did wilfully and heinously ‘Kentucky Fry’ a Grouse – an unnatural act that brought shock and dismay to Manchester’s “foodies” (although, I confess to greedily disposing of the evidence).

Other misdemeanours include: putting pulled pork into sundaes, bacon into jam, deep frying Dauphinoise and, of course, his legendary misconduct with ‘Hot Wings’ (see here). 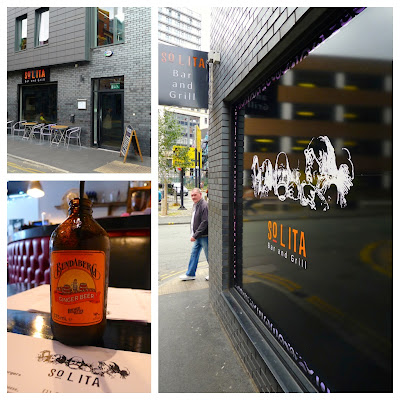 Like a true ‘Capo di tutti capi’ his public persona is not entirely unscrupulous. He and the SoLiTa Family often support local charities – notably the Wood Street Mission to whom they donate 50p from every Tribute Burger sold.

Latterly, to prove that he is no swine, Franco has added additional bacon themed dishes to his menu, so that his hoggish customers do not have to resort to criminal acts to get their piggy fix. The evidence? 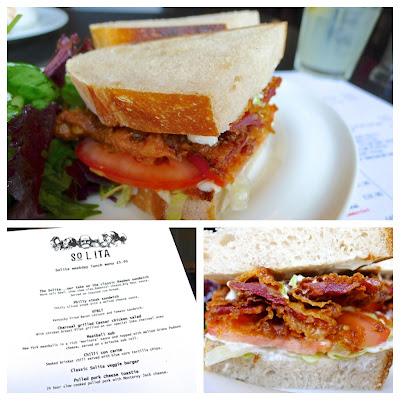 Exhibit A: From the £5.95 lunch menu, the KFBLT – Kentucky Fried Bacon, Lettuce & Tomato sandwich. It’s not my favourite of the offerings but it’s popular with the lunchtime crowd. 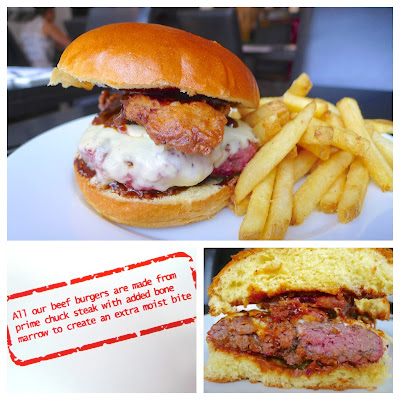 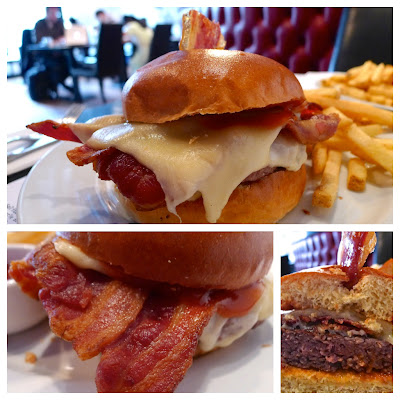 Exhibit C: The Bacon Double Cheese – a 6oz chuck steak & bone marrow patty, 4oz Monterrey Jack Cheese, crispy bacon all held together with a rasher of Bacon Candy. A new kid on the block this is already proving to be one of Franco’s more popular specials… word is, it’s made it onto the main menu. Deservedly so, it’s one for bacon and cheese lovers alike. 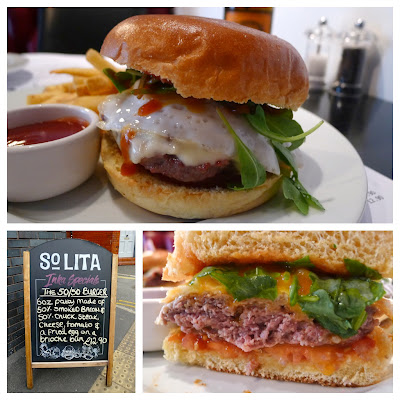 Exhibit D: The latest creation, The 50/50 Burger – a 6oz patty made with 50% minced smoked streaky bacon and 50% chuck steak on a toasted brioche bun with cheese, tomato and a fried egg. The bacon/beef patty is delicious and I am a big fan of an egg on a burger. 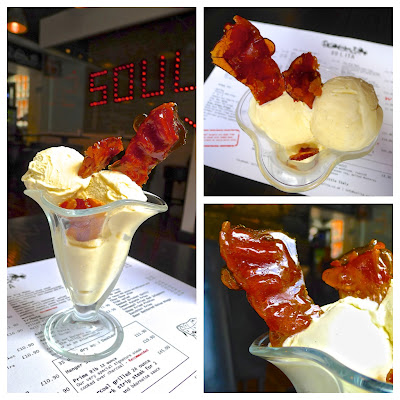 Exhibit E: Cabrelli’s Vanilla Ice Cream with Bacon Candy – an ever present favourite that survives from the original menu. Always a good way to end a meal at SoLiTa… if you have room!

So, if you haven’t already been, visit the GMP Museum on a Tuesday; then pop along to SoLiTa for something to eat before they finally catch up with Don Franco and his (dis)organised crime burger empire.

Please note: I paid for all of this food with the exception of the 50/50 Burger, which was complementary as they wanted feedback – bacon fans will be glad to know that I suggested it needed topping with a rasher for good measure.