In ‘The Toon’ to visit the Chefs’ Pod (see here), I arrived early so that I could see the sights. 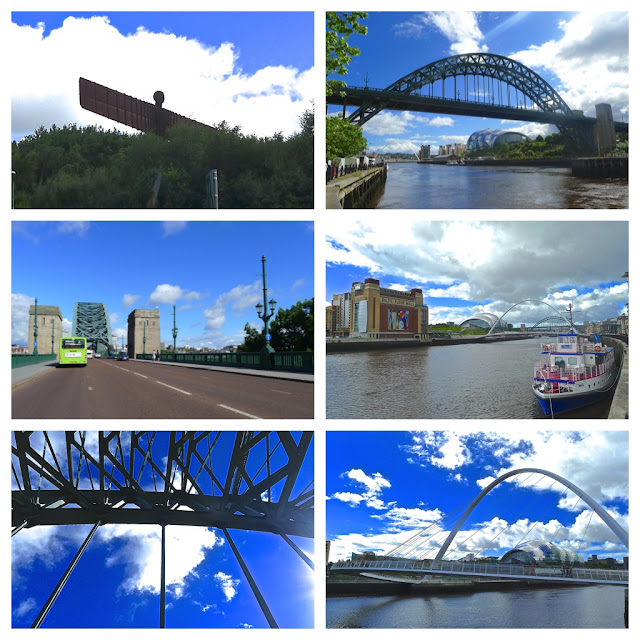 On the way in I caught a glimpse of Anthony Gormley’s iconic statue peering over the trees - it reminded me of a radio phone in show I listened to a couple of years ago where they were discussing ideas for a sizable sculpture of some sort in the south… a fella with a thick North East accent rang in and said, “We’ve got the Angel of the North, so how’s about the Fairy of the South?” It made me chuckle. 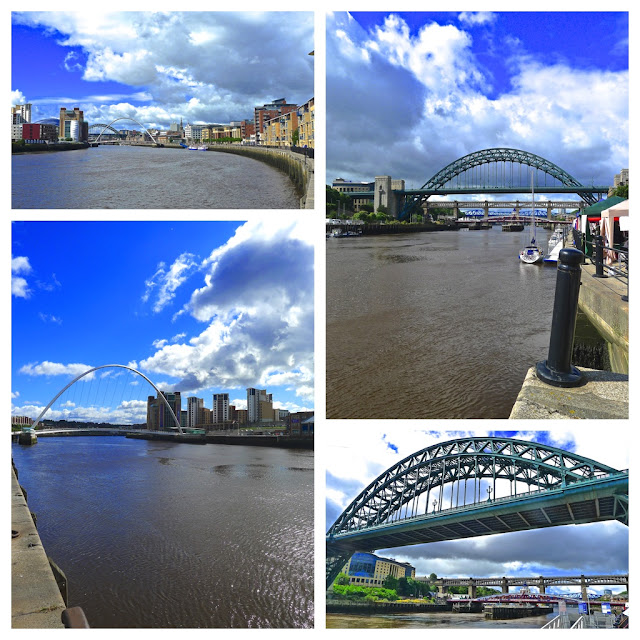 Having crossed the Tyne Bridge from Gateshead into Newcastle, I announced my arrival on Quayside to Twitter. Knowing me only too well, a couple of Geordie twitter pals now domiciled in Manchester came back with suggestions of where to eat and drink – @_aka_hige recommended the Free Trade Inn for its craft ales, good people and great views, whilst @breadandudder proposed the Broad Chare. Not wanting to disappoint either of them… I visited both. 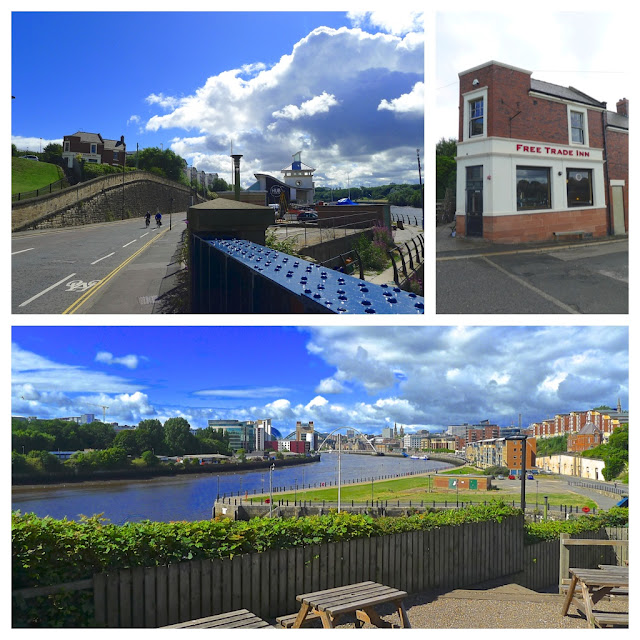 Too early for food, I strolled along the north bank towards the Free Trade Inn. It was trying to rain but I made it to the pub just in time to avoid the shower – the views certainly worth the walk. Sweeping vistas back along the River Tyne with the Millennium Bridge, Baltic Flour Mill (now the BALTIC Centre for Contemporary Art) and Norman Foster’s Sage in Gateshead all visible. 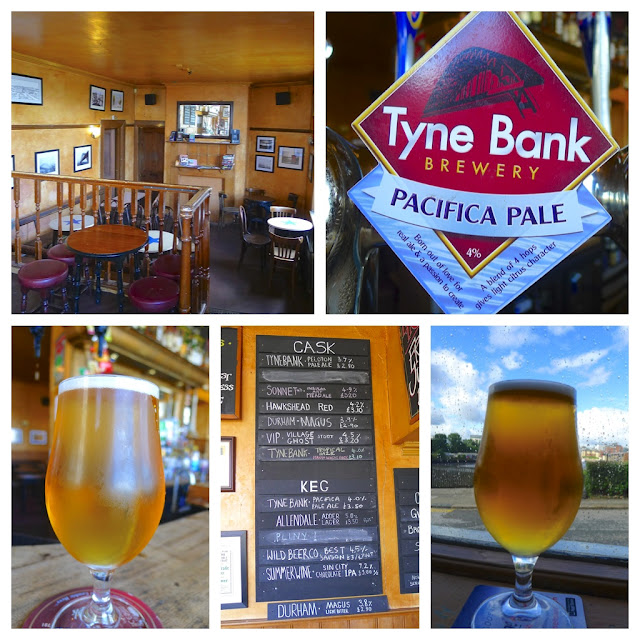 They had a terrific ale selection, cask and keg. I selected a Tyne Bank Brewery “Pacifica Pale Ale”  - refreshing and citrusy, it seemed the perfect choice for 11am! What’s more it is brewed just a two-minute walk behind the pub. 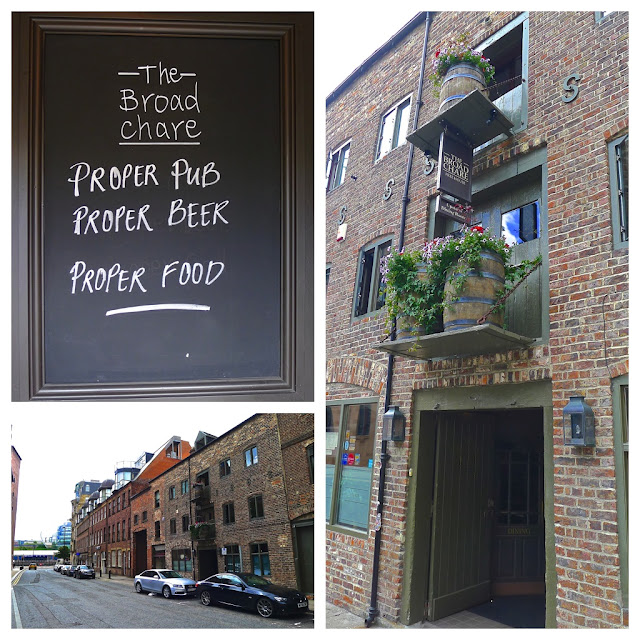 The Broad Chare is located just a few yards from Quayside back down towards the Tyne Bridge. Owned and operated by celebrated North East chef Terry Laybourne’s 21 Hospitality Group, in their own words, it’s a “proper pub” serving “proper beer” and “proper food”. 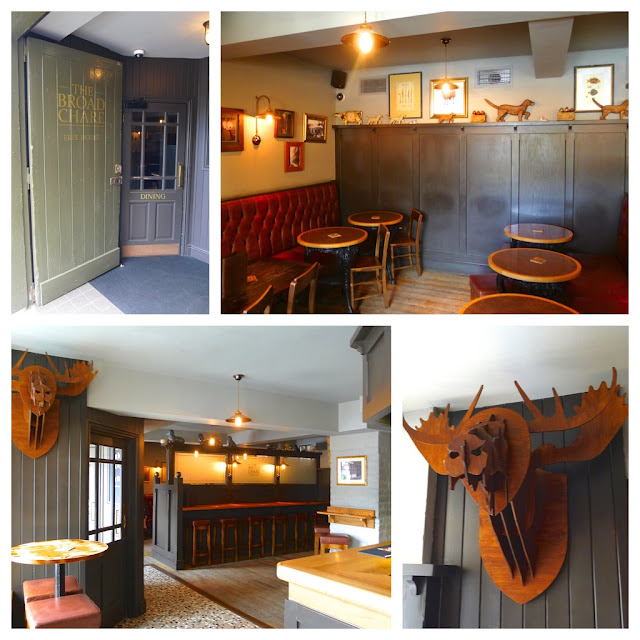 In the words of Michelin, who awarded The Broad Chare a coveted Bib Gourmand, ‘Snug ground floor bar offers over 24 beers and a snack menu of 'Geordie Tapas'. Dine upstairs where you'll find everything from an appealing 'on toast' selection to hearty daily specials (usually the highlight), and tasty nursery desserts.’ 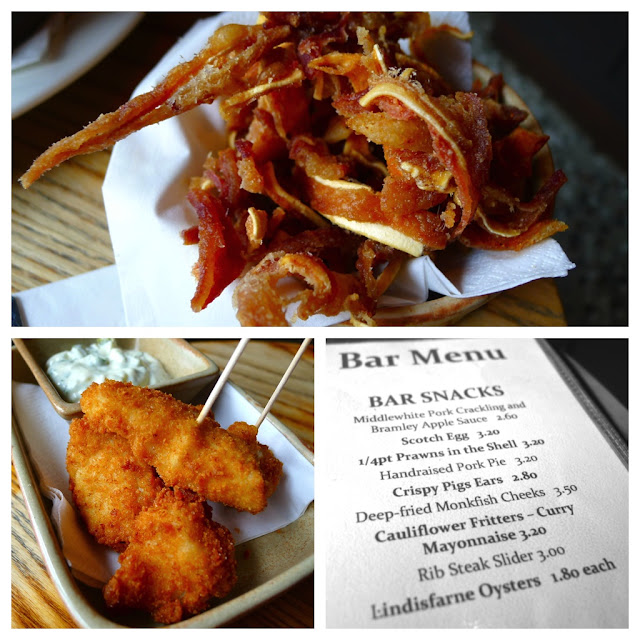 I opted to eat in the downstairs bar and ordered a couple of the  ‘Geordie Tapas’ – Crispy Pigs' Ears (£2.80) and Deep-fried Monkfish Cheeks (£3.50). The ears were delightfully crispy and well seasoned; the perfect pub finger food. I’d love to go back and try the entire bar snack menu, which looked right up my alley. 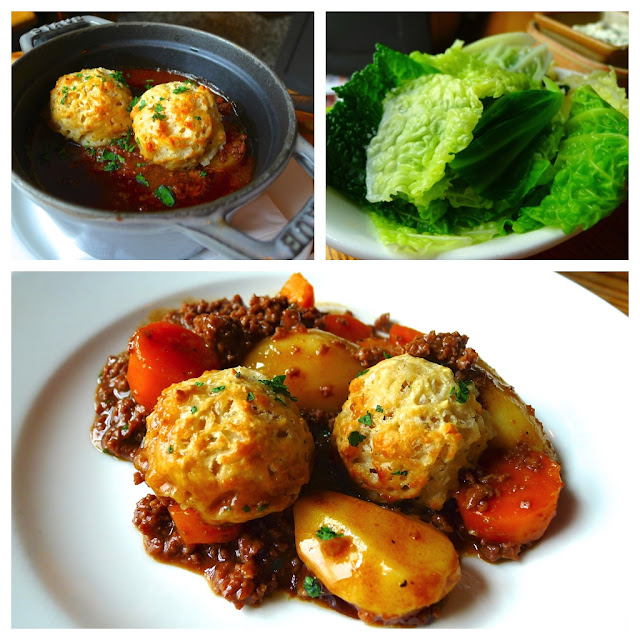 The ‘Dish of The Day’ of Mince & Dumplings certainly fell into the category of ‘hearty’ and ‘proper food’. To quote Golidlocks, the dumplings were “just right” - not too stodgy, but neither too light and fluffy. The mince and its gravy had great depth and the carrots retained some bite… again, perfect pub grub! The North East was living up to its reputation. 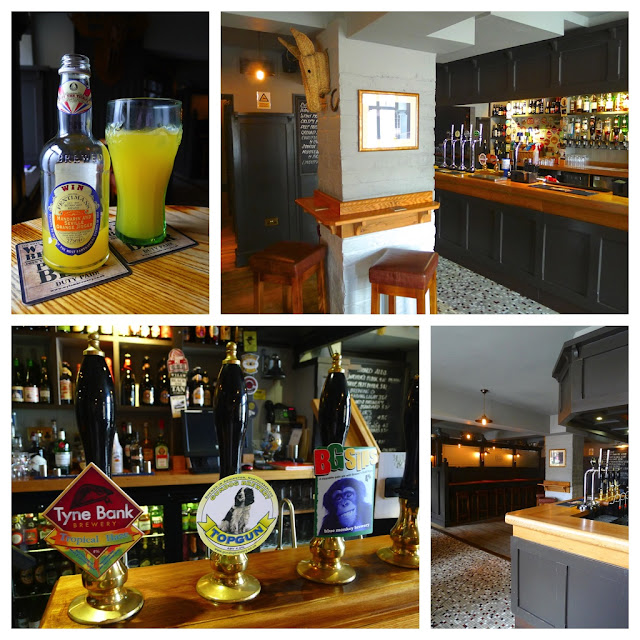 My one regret, from having to drive, was not sampling another local ale or even the ubiquitous “Newkie Brown”. (I did however have a ‘local brew’ in the form of a Fentiman’s, which are brewed just down the road in Hexham.) Still, all the more reason to return…